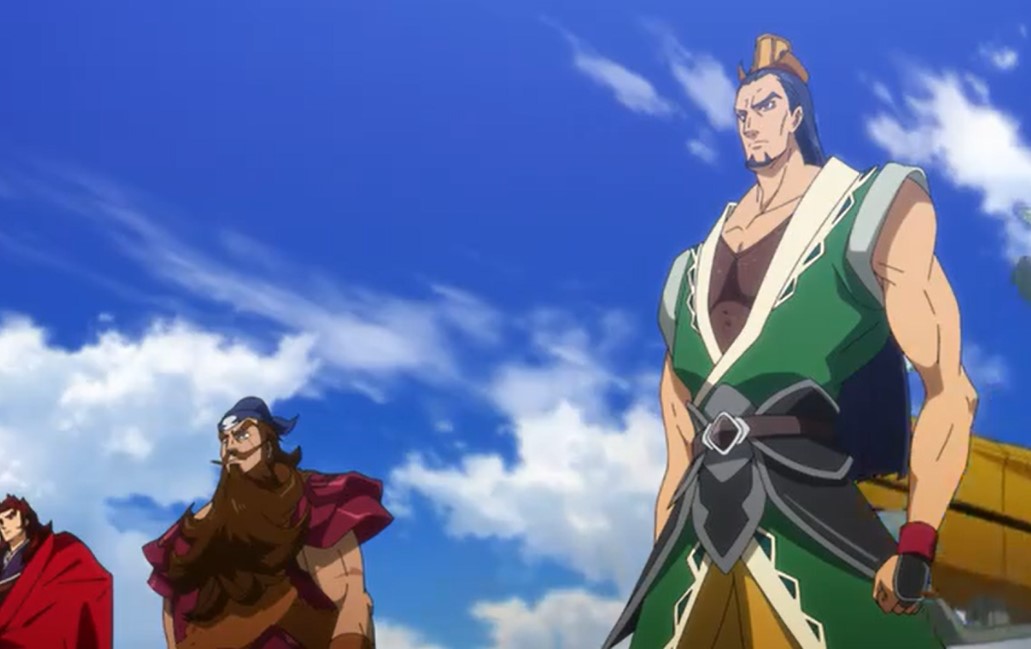 The man named Back Arrow lacks memories left on a journey to go beyond the wall. He aboard the Granedger with the villagers of Edger. After overcoming many trials, the Supremacy of Lutoh, one of the two great powers of Lingalind, welcomes Edger village. But Arrow finds the truth about Princess Fine, who had hidden the second personality. She accidentally accepted the war with the second great nation, the Republic of Rekka. Meanwhile, Arrow and the others met with Lutoh’s Supreme Elect Rudolph.

Rudolph told them the truth about Princess Fines and how he saved her. They head to Fines’s kingdom and manages to seal away the bloodthirsty lunatic. Eisha and the others allied with Fine. The Republic of Rekka is against the Supremacy of Lutoh. The greatest war in the history of Lingalind is about to begin. Kai is also freed to help fight against Lutoh.

Previously on Back Arrow Episode 11

Zetsu told his nation that the Republic of Rekka would carry out the will of the Word Wall and unify Lingalind. Today is the day they will crush Lutoh and build an ideal united nation. He also told his glorious Rekka warriors to wield power. The warriors chant Zetsu’s name. He leads his warriors to the battle, and the noble are wondering what has gotten into Zetsu. The mighty guy reveals that Princess Fine calls Zetsu the old geezer, so he is so fired up. 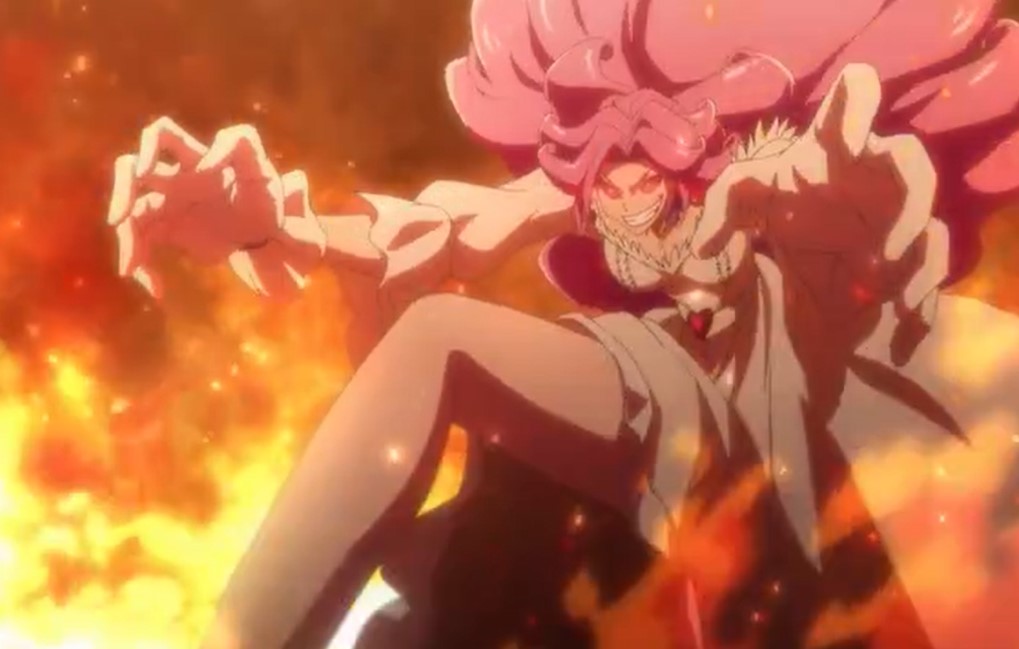 Zetsu is excited that a youngster has challenged him, and now he has an opponent after so many years. Zetsu feels the power of his youth where he used to battle and wipe out an army alone. Kai and Ren want to make Shuu Bi pay for joining Arrow’s crew. At Lutoh, Peath talks with Fines about the war. Princess Fine told him that alter ego had caused this war with the Republic of Rekka. She reveals that it is her fault for not holding her other self before it was sealed. Her words cannot be returned, nor can she surrender in front of Zetsu.

Princess decided to reveal her split personality to everyone since it was hidden as a secret. She also said Prax covered up her cruel behavior, but she wants to come clean about it. It is the least she can do to atone for dragging everyone into war. Peath thinks that it will be tough for the citizens to accept this. He told her that they love her and she might lose her respect and trust. He thinks that it will tear the nation apart if she told them about her other personality.

Peath reveals that telling the citizens the truth when they are scared of war will only incite panic. Fine thinks she will not be in peace if she keeps secrets from her nation. Peath advises her that if she wants to prove that she is a good leader, she can prove it by winning the war. Peath realizes that he has met with Doussoza, who talked with him about the war. Meanwhile, Shuu and the Doctor are preparing for the upcoming war. They are using the power of science to enhance the Briheights. 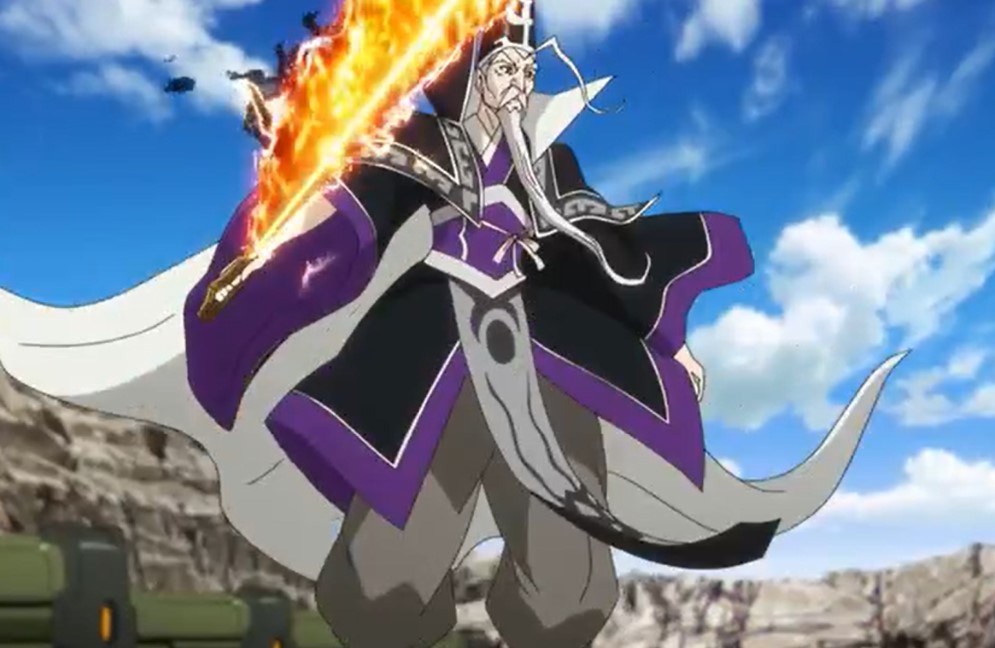 Eisha and Atlee meet with Fines, and they enjoy hot spring together before the great war starts. The trio talked about the war, and Fine is worried that she is weak. She reveals that without her other personality, she can’t battle. Eisha told her not to worry since the other personality is sealed inside the bind warpers. Fine told her that she is afraid that she might lose the war and the innocent life will be ruined. Eisha told her not to worry since Arrow, and the others will be on her side.

She asks Eisha and AStlee to become her friend when the war is over. Atlee told her no need for formalities that are already friends. Meanwhile, Arrow is with Bit, who asked him about the wall. Arrow reveals that he cannot leave anyone behind since the war is about to start. Later Baran talks with Fines about the Rekka army that is three times larger than Lutoh. Suddenly Zetsu and his army attack. Arrow defeated General Kai, but Prax got defeated by Zetsu with a single blow that shocked everyone.

Back Arrow Episode 12 will release on Saturday, 27 March, at 12:00 AM. You will be able to watch Back Arrow online on  back-arrow.com, AnimeLab, and Funimation. We will update more updates after episode 12 is released. Let’s move to the recent development of the preview below.

Don’t miss the great war on the upcoming episode. You can get the latest news on Back Arrow Episode 11.