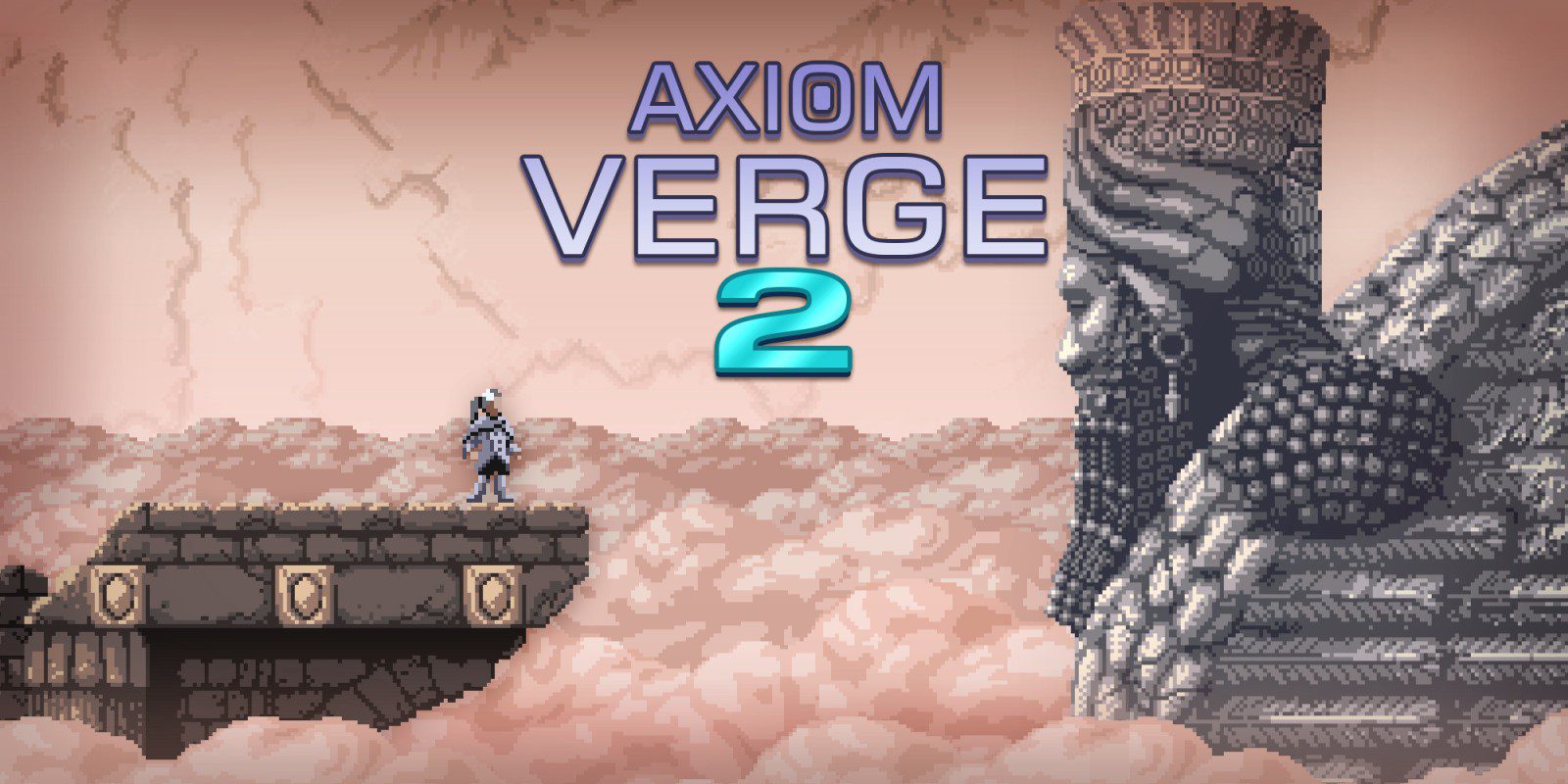 Axiom Verge 2, released on August 11, 2021, is an action-adventure game. Tom Happ is the developer of the sequel to Axiom Verge of 2015. The game was initially set to release last year. But its original release on Nintendo Switch was delayed from Fall 2020 to earlier this year. There was also an announcement regarding its simultaneous release on the Epic Games Store platform. However, the game finally ended up releasing on August 11, 2021.

There are several changes that Axiom Verge 2 has in store for the players. While that may be true, it retains the spirit of the first one. It still very much feels like the predecessor. However, the layout, the weapons, and a couple of other things are entirely different. Let’s get into the different things that make the game so play-worthy. Axiom Verge 2 is part of the same story as its predecessor but also stands on its own. With new characters, new enemies, and new powers, the game is set in a whole new world. What this means is that it doesn’t matter what order you play the game in. 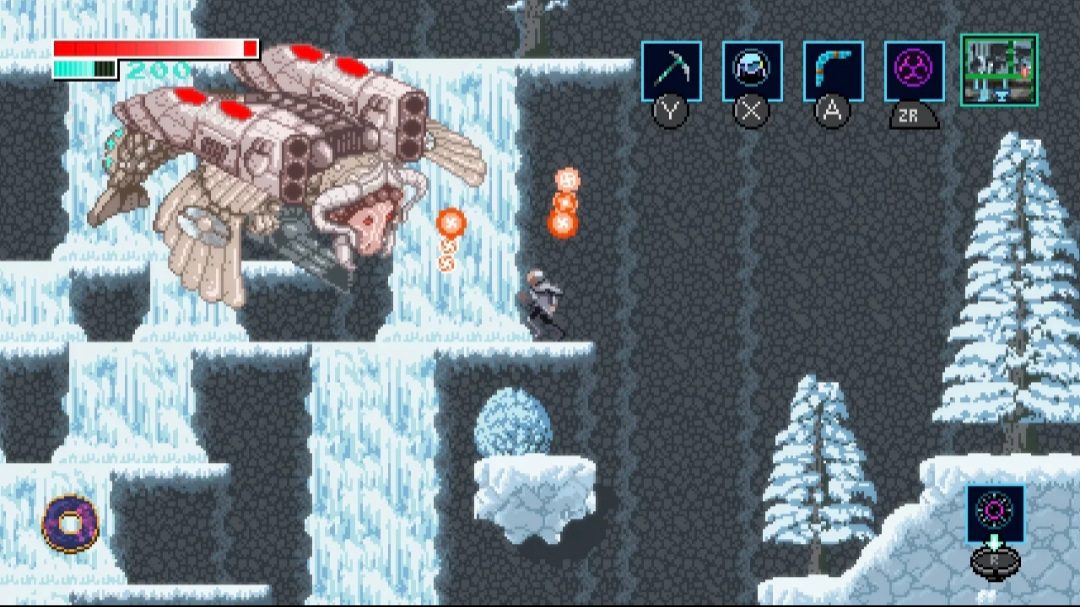 There are no shooting weapons in Axiom Verge 2.

The story of this sequel revolves around Indra, the mysterious billionaire behind the worldwide Globe 3 conglomerate. The game follows her in a new and mysterious world. Plus, there are also strange voices that seem to be calling to her. This new world entails a lot of danger. It is set in an ancient alternate Earth, where there seem to be nothing but ruins. There are mountains, lakes, and deserts, and ruins of a civilization. However, there’s always something lurking behind the desolate world of Axiom Verge 2.

You play Indra Chaudhary, a billionaire CEO who goes to Antarctica. From there, she is plunged into an alien world to find her daughter. This world is replete with things out to kill you. The world is full of killer drones and ruins of an ancient civilization. There was a war between two ancient civilizations, and now remnants are all that there are. The backdrop of this game is huge, giving a sense of dread. There is great detail in the world designs beyond the two-dimensional playing area. Meanwhile, the shooting weapons have completely disappeared this time around. This is a departure from the first Axiom Verge game. This time around, you only get melee weapons and a boomerang. This marks a huge change, but the new weaponry more than suffices.

How the Sequel Differs From its Predecessor

When it comes to fighting, there is an equal amount of it here as its predecessor. However, there’s a major change too — there’s no boss fight. There are, however, some unique foes you get to fight. The game has also done away with the health bar. The major focus here is on the exploration aspect of it, keeping the fights low. This is a bit of a downer since there are a wide variety of villains. However, exploring the vastness of this game’s design makes up for the lack of combat.

That’s precisely what makes this game so great and different from its predecessor — another great game. Coming back to the changes from its prequel, there is no Disruptor this time either. It was a big element from the first Axiom Verge. Instead, there is a similar hacking tool here that actually presents more things to do. 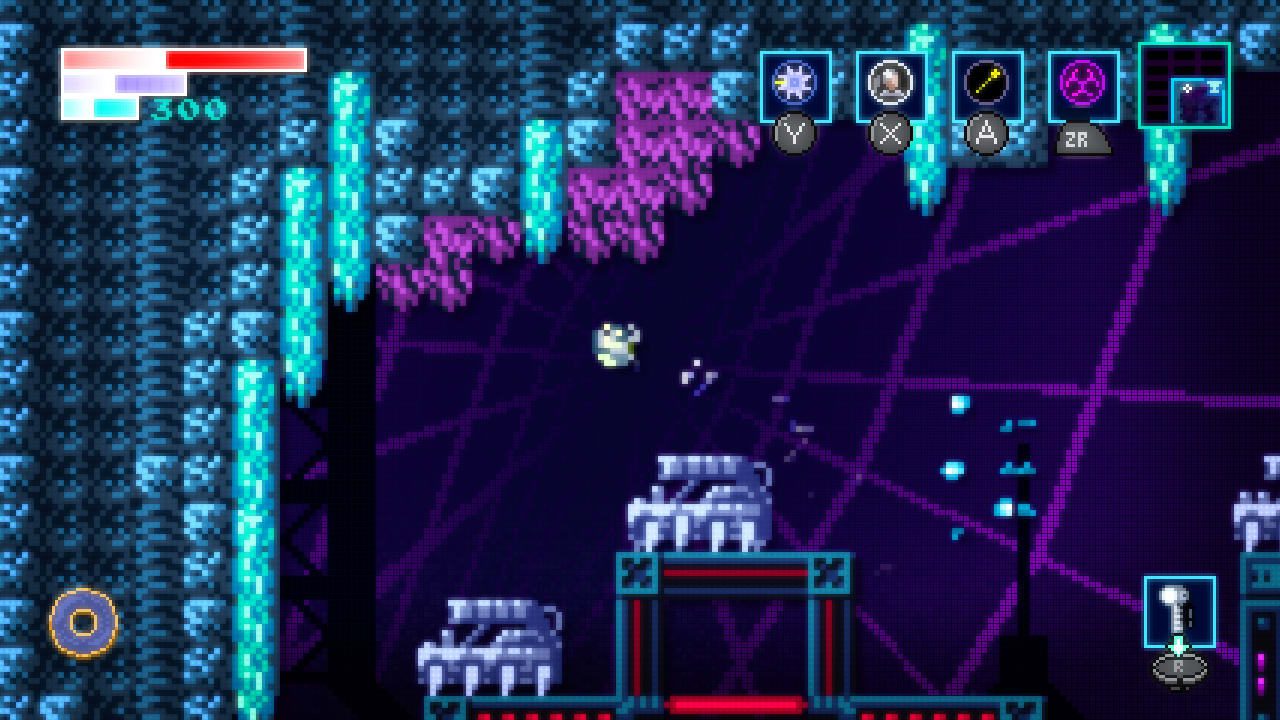 There is a parallel world in Axiom Verge 2 that you can access and traverse as you move forward.

A lot of work has been put into the exploration part, and it shows. This world consists of different biomes, and the link between them is more organic than Axiom Verge 1. However, there’s another feature here that’s quite a highlight. Axiom Verge 2 contains another world, one that is parallel to the one you traverse mainly. The Breach is a parallel world, with the map having a completely different visual style.

What’s more, is that style is reminiscent of 70’s video games. As you move forward with the game, you gain more and more freedom to travel between the worlds. To traverse the world, you have access to a new on-screen compass. However, it’s not difficult to navigate the way without one either. A sequel to a great game, Axiom Verge 2 is equally, if not more, exciting to play and explore.