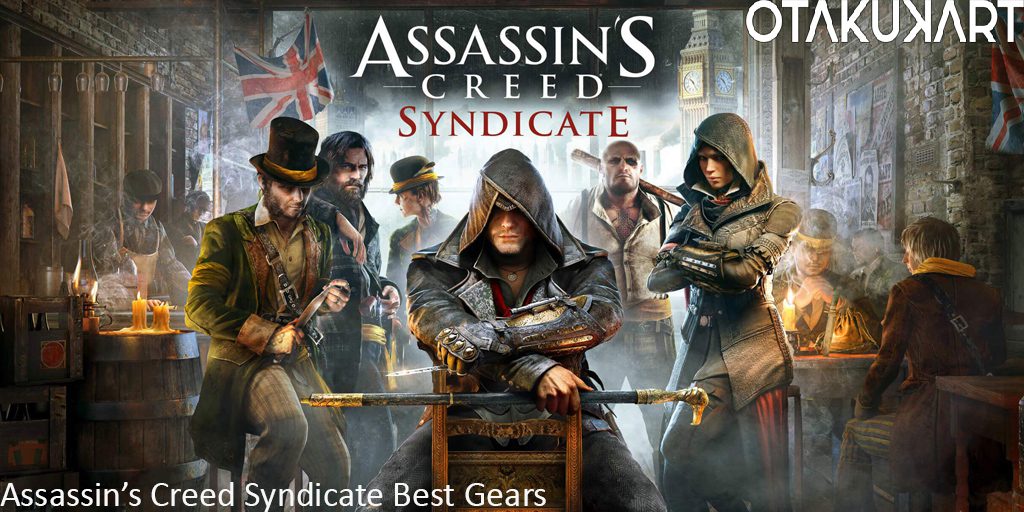 Assassin’s Creed Syndicate follows twin protagonists, Jacob and Evie Frye, duo members of Assassin’s Order, who comes to London to liberate London from Templars Order and prevent Crawford Starrick, a powerful industrialist and a Templar, from getting a Piece of Eden, which grants the users some supernatural power. The game was generally favored by critics and fans alike. The game was a commercial success, selling over five million units worldwide.

Assassin’s Creed Syndicate provides many gears for the player. The variability is a huge factor in Assassin’s Creed in regards to weapons. So now let us talk about all the best Gears for the Syndicate. The blog will only focus on the Attack and Defense stats of the Gears.

Receiving Love is a very good feeling, but giving it is more pleasing when using the Copper Love Knuckles. Per Knuckles, there is one letter of LOVE. 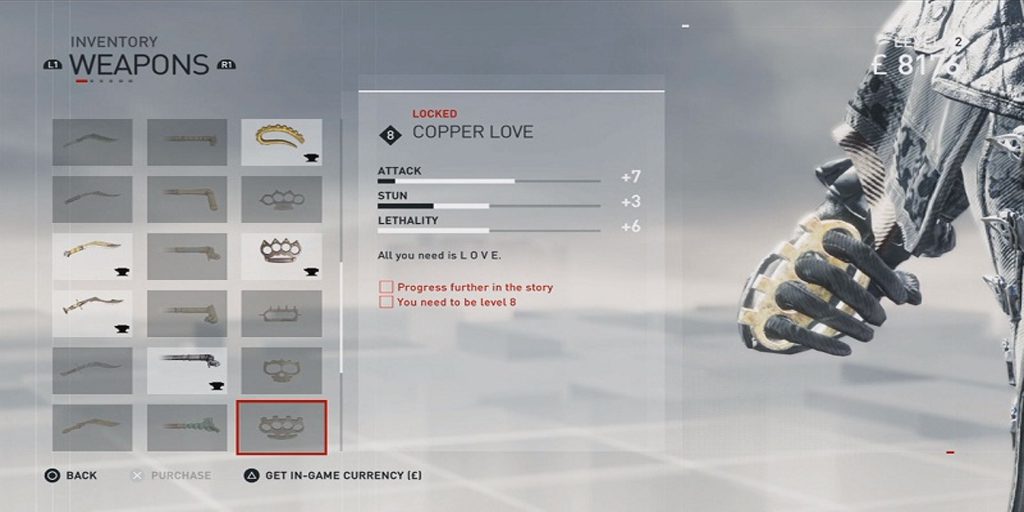 The power of Love is extremely strong when Evie is the one giving it. The Copper Love can only be found in the story, and Evie must be level eight or above to use them.

The Assassin Order has a rank called Master Assassin, which is one of the highest ranks, and the Master Assassin Knuckles only want those people to wield it. With the Order’s insignia imprinted, it is an adorned piece of weapon. 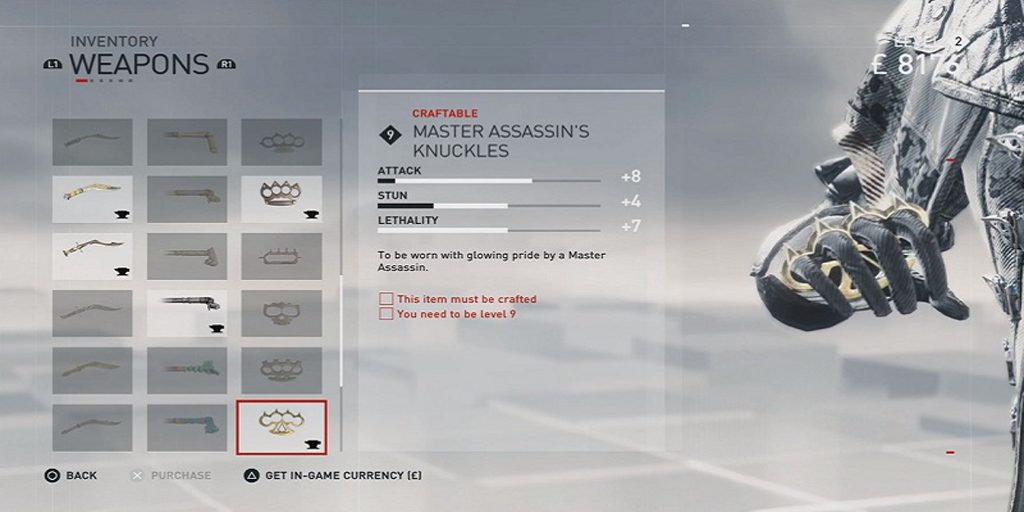 The best of the best cane-sword, Worlds Greatest Cane-Sword, which has the rubied-eye vulture, is considered by many the exquisite cane. 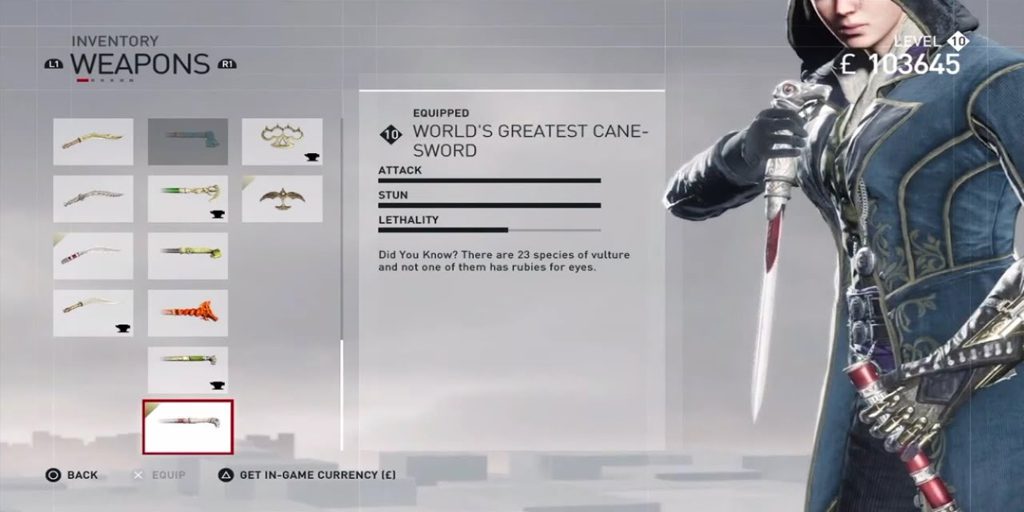 This versatile cane-sword can be used by either of the Frye Twins and bring down the opponent swiftly and quickly. The twins have to be above level ten or above and must have Robert Topping’s loyalty level five and win every event of Toppings to get the World’s Greatest Cane-Sword.

The Master Assassin Kukri is a kukri that only the best of the best in Assassin’s Order can use, as its name suggests. This kukri was once in the possession of Jaydeep Mir, more prominently known as Henry Green, the son of Indian Assassin’s Brotherhood member Arbaaz Mir. 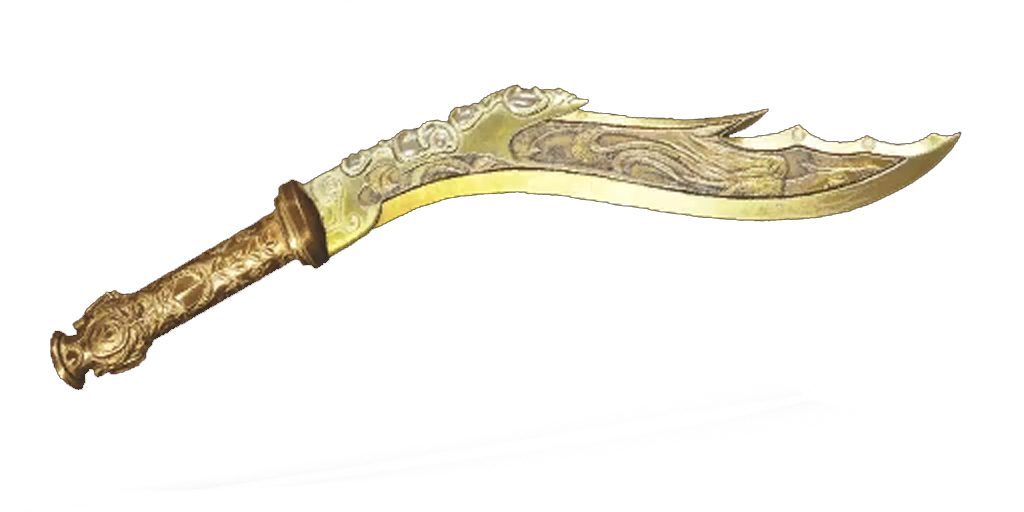 Henry later gave this kukri to the Elder of Frye twins, Evie Frye, as she best used this kukri in her stealth mode. Evie Frye can purchase this after level eight or above and Henry Green’s loyalty level four.

Eagles’ Splendor kukri is a kukri that features the Eagle symbol, which is a symbol of none other than the Assassin’s Brotherhood which came even before the birth of America. Jacob handles it very well due to his aggressive nature. 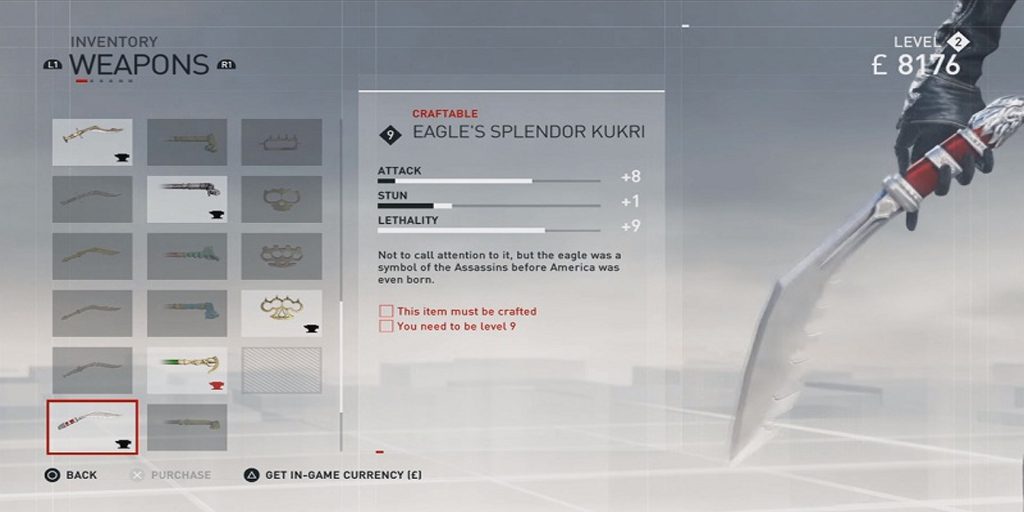 Eagles’ Splendor kukri is an original kukri, which Jacob Frye crafted. To craft this kukri, the Jacob must be level nine or above.

It was guaranteed to be on this blog, Self-Loading Pistol Model 1868 is one of the dangerous and advanced pieces of weapon. 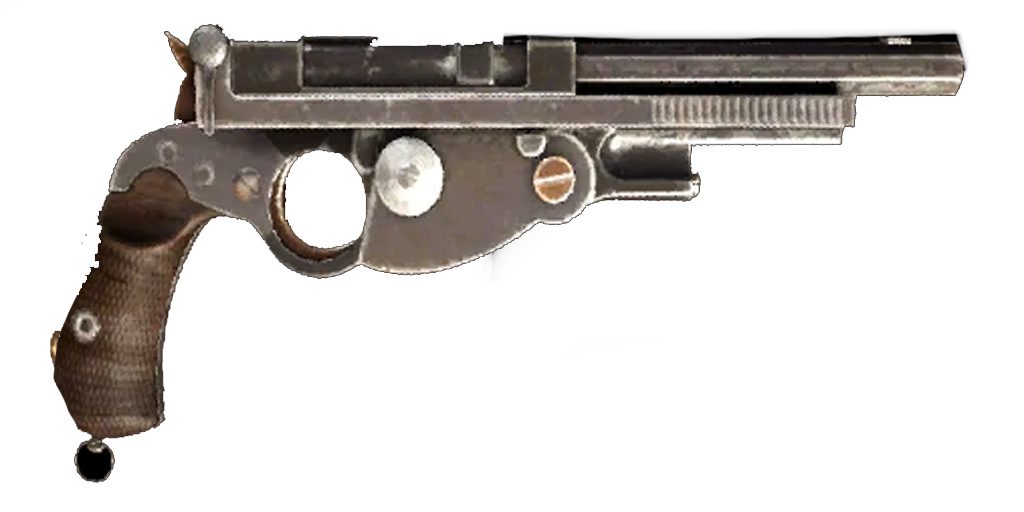 Used by either of the twins, Model 1868 gets them in huge advantage where the opponent can even think to get. The Model 1868 Instantly reloadable and one-shot killer weapon. The twins can achieve this after reaching Frederick Abberline’s Loyalty level five and Twin’s own level nine or above.