Let’s get Assassination Classroom Season 2 Ending Explained. Sci-Fiction and comedy genres may not fit in one, but Assassination Classroom has delivered it excellently. The second season has left everyone in a heartfelt state. The final part of the second season has covered up all of the remaining parts of the manga. With Koro Sensei’s death, the students have moved on with their lives, also finally, the Class 3-E system gets abolished. Of course, the former Class 3-E students play a crucial part in it. Koro Sensei’s death has concluded the story and made many viewers distress after knowing his background story part.

The second season of Assassination Classroom begins from where season one ended. The second season had a total of 25 episodes. The students complete their island vacation, and Koro Sensei finally comes out of his final defense mode. Throughout the second season, we leave wondering whether Koro Sensei would get assassinated or not. But that question gets answered in Episode 24 of Assassination Classroom Season 2. The anime also enlights Koro Sensei’s background part, which helps viewers understanding his side-of-story. With being an earth-born alien due to the experiment, and knowing his expiration date, Koro Sensei used that to his aid and fulfilled his promise and teach Aguri’s class. The second season is an emotional ride for all viewers, but it concludes just the way viewers want.

The final part of the Assassination Classroom is one of the heart-wrenching parts. In Episode 24, Koro Sensei becomes weak from fighting against Yanagisawa and The Reaper. Unwillingly, the students decide to kill him themselves. Koro Sensei bids his final farewell to Karasuma and Irina as his beloved students hold him down. The scene becomes more emotional as Koro-Sensei takes one final roll call while reminiscing his great experience as a teacher. It shows that Nagisa seems reluctant as he shakes with a knife in his hand. But Koro Sensei calm him down and allows him to deal with the killing blow to the heart. Koro Sensei’s body glows, and the students mourn, knowing Koro Sensei has left them.

Finally, the anime ends with the students’ graduating. When the students visit their classroom, they find their diplomas, graduation albums, and personalized guidebook left behind by Koro Sensei. The class 3-E students’ time as Koro-Sensei students come to an end. All of the Class 3-E students attend their graduation ceremony. Here, Nagisa gets to know that Koro Sensei had helped his parents get back together, which was one of the sentimental scenes. As soon as the event ends, multiple reporters try to reach them for the interview and know more about the assassination. Class A students intervene with the reporters and ensure that their old rivals leave without causing a scene. 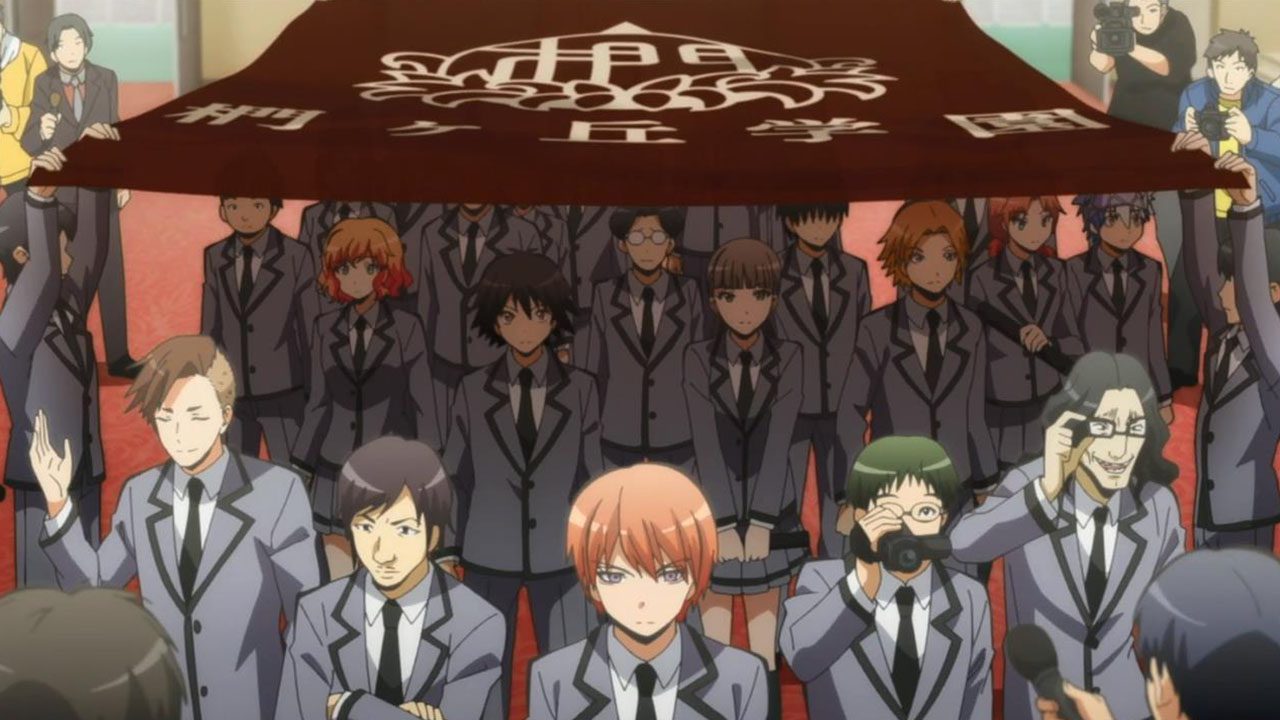 Afterward, various changes happen, such as the school principal steps down from his position, even the school itself goes through a changing of the guard. The anime also shows that Karasuma and Irina move on with their lives. With the time moving forwards, it shows that finally, the Class 3-E system gets abolished. The students also received the reward money. They use the money for purchasing the right to the old campus, donating to schools and nurseries, and give to the government. They also keep aside a fair share of living expenses and education.

Seven Years Later: Where Are They Now?

The anime takes seven years time skip. After seven years, the characters meet at the old school building to catch up with each other. It shows how much they are eager to reminisce their old memories and share the new ones. Nagisa is only a former student who does not attend the school reunion. He is busy teaching his own class of apparently incurable delinquents. He seems working as a trainee teacher at a municipal school. The anime shows that Nagisa uses Koro Sensei’s teaching skill to straight-up his class of delinquents.

The last episode is more like an epilogue showing how the characters’ life was going on. We can say the final episode would have been Episode 24. Still, it is good to see the anime ending on a happy ending note rather than closing it with a sad ending note with Koro Sensei’s death. The final episode has elaborated on how the class is going on well even without Koro Sensei’s presence. It was a reflective episode showing Koro Sensei’s teaching has finally reflected in his students’ lives. 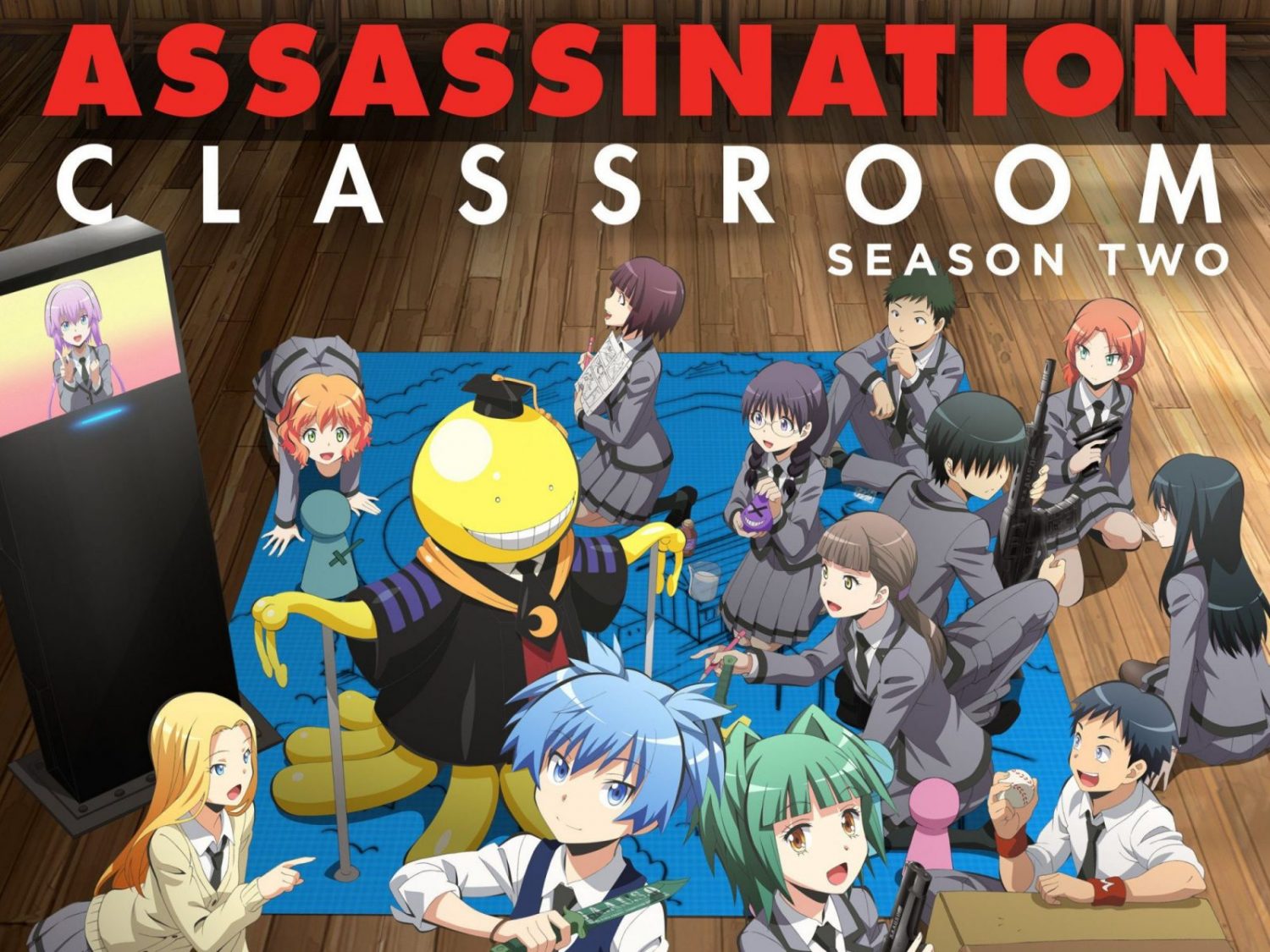 One of the most intriguing parts of the last episode is Nagisa’s career path. Nagisa becoming a teacher and taking his own class of problem students mirror Koro Sensei’s essence. We can conclude, Nagisa following Koro Sensei’s footpath shows that somehow we see Koro Sensei’s presence through him. Episode 24 is heavily invested. Therefore, making the last episode light-hearted and ending with showing everyone’s final happy moment make viewers emotional rollercoaster ride worthy.

The second season of Assassination Classroom wraps up the overall all-important manga plot. It ends on such a strong note that many viewers would miss the anime and may rewatch it. The story has made such a great combination of series of science fiction parts with a clever sense of humor. Overall, Assassination Classroom deserves credit. It has delivered an outstanding storyline, wrapped up every loose corner, and concluded on a strong note that leaves a memorable impression on the mind of viewers.

The Undoing Season 2: Will The Psychological Thriller Return?

How Old Is Imnotshelovee On TikTok?

How Old Is Imnotshelovee On TikTok?