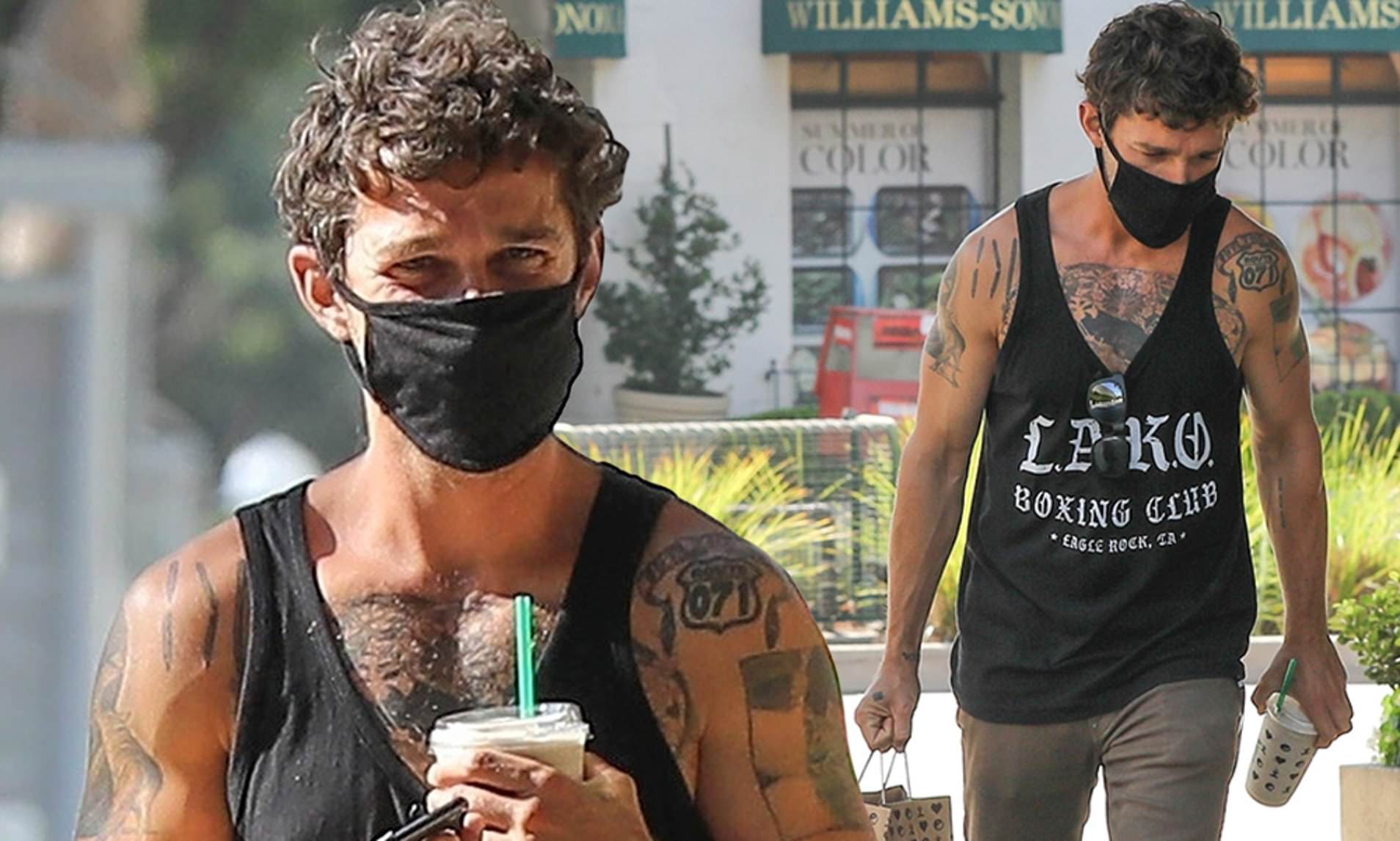 Here, let us unravel the question Are Shia Labeouf’s tattoos Real? Celebrities are great with the whole trendsetter thing! Whatever these leading actors wear and do becomes a raging trend that is so—followed by their beloved fans. One such trend is that of forgetting inked. Celebs like Shawn Mendes, Justin Bieber, and many others have sported some interesting tattoos over the years. One such actor is known for his love for getting inked! We are talking about popular actor Shia LaBeouf! The actor is a music fanatic and has Tupac Shakur and Prince Roger Nelson tattooed on his left and right thighs.

Did you know that he has got his entire chest inked? Yes, the actor’s body is covered in interesting tattoos, while these tattoos have raised eyebrows as well! Believe it or not but the actor had a tooth pulled on Fury, and then to prepare for his role Tax Collector, Shia got his whole chest tattooed. The actor has been applauded by filmmakers for being so dedicated to a role.  Let us take a look at all the details regarding Are Shia Labeouf tattoos are Real.

Yes, Shia LaBeouf’s tattoos are real. While Shia is known for his love of method acting, it seems like he leaves no stone unturned to make sure that he does considerable research for his role. Shia LaBeouf got his entire chest tattooed for his role as Creeper in the film The Tax Collector! This was further confirmed by Tattoo artist Bryan Ramirez who stated that the ink was real via Instagram. 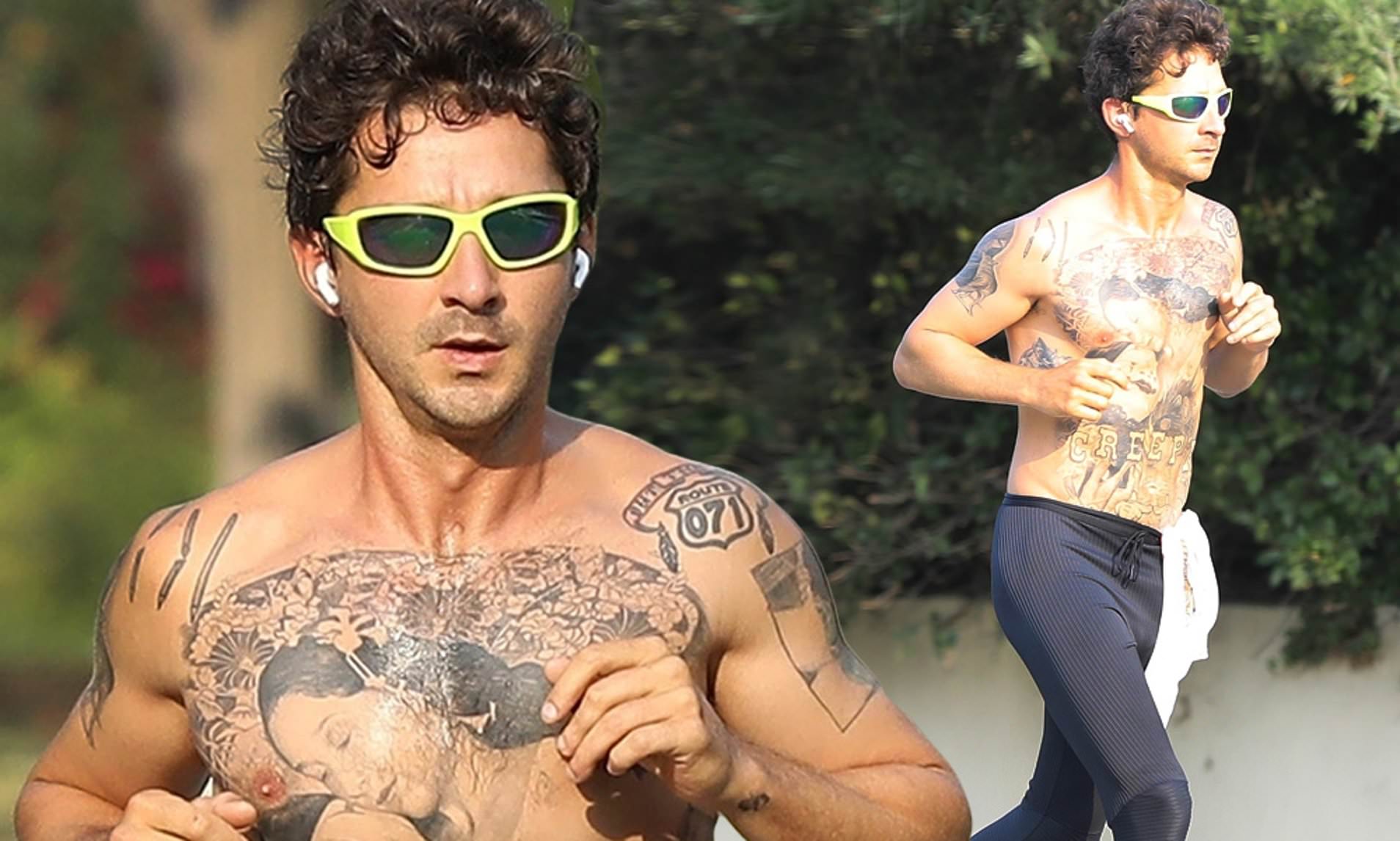 Shia’s chest tattoo has the face and head of a woman with dark black hair who is leaning her face on the head of a clown. This elaborate tattoo comes after the word CREEPER. Fans were surprised to see this below the Mickey Mouse fingers and background flowers and shading, which raised questions. Recently, co-star Christy Carlson Romano opened up about not giving LaBeouf a little bit more time and energy and love like a real sister during their time together on Disney Channel. The two stared in the hit family comedy Even Stevens.

The Actor Makes An Interesting Revelation About One Of His Tattoos!

While the actor got as many as 12 tattoos when he was filming his 2016 movie American Honey, it seems like these tattoos were not a part of this plan! As the actor later revealed, these tattoos were a little random, including two of Missy Elliott. Shia admitted that he doesn’t even like the star very much. The actor said that while it was not out of the plan, he bowed to peer pressure and did it anyway!

It was reported that while making the film, Shia Lebeouf got all of his tattoos when he was not present on set. This might have stressed out the filmmaker as she feared that the actor would end up looking different in every scene. Director David Iyer has praised the actor for the commitment that he puts in all of his roles. The director further said that he rarely knows someone with this kind of commitment.

The actor has bagged his next big role amidst growing allegations against him. The actor was recently spotted while preparing for his latest project: Abel Ferrara’s upcoming film on Padre Pio. The movie will be set in Italy right after World War I. The director has already revealed that that LaBeouf will play the younger version of the Italian Saint. 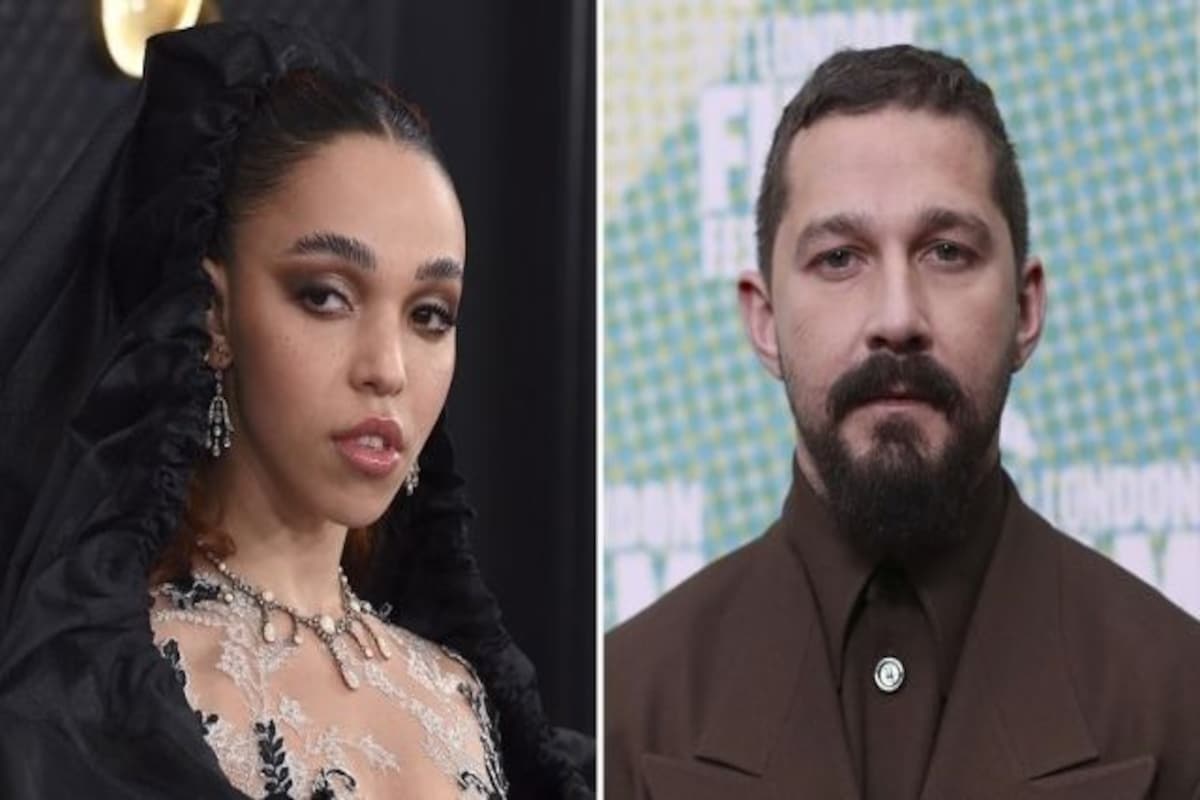 This new role comes amidst growing allegations against the actor. His ex-girlfriend and co-star FKA Twigs claimed that LaBeouf had physically, emotionally, and mentally abused her throughout their relationship. These allegations have been doubled down by singer Sia who claims to be hurt emotionally by Shia. The singer described the actor as a pathological liar who conned her into an adulterous relationship while claiming to be single. These allegations have been fueled further after the actor was replaced in a movie due to unprofessional behavior.

Also Read: D’Amelio Family Net Worth: All About The Popular TikTok Family!