Are Joe And Serena From Bachelor In Paradise Season 7 Still Together? 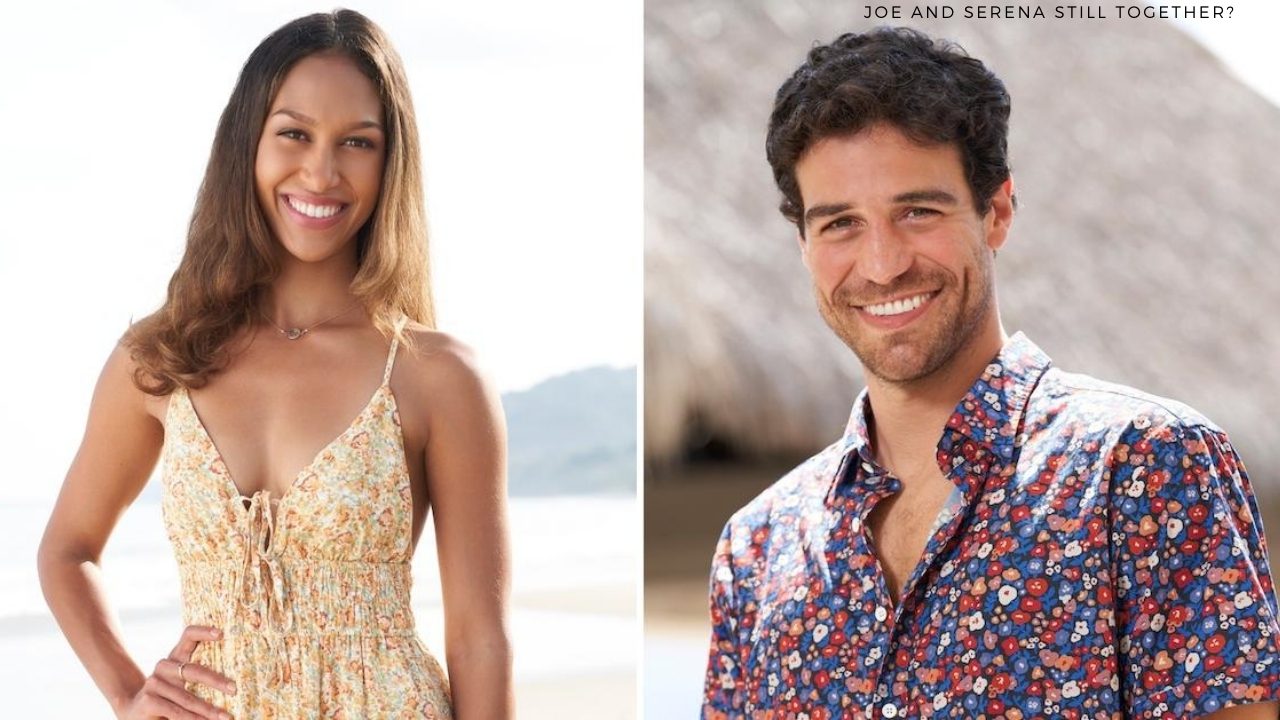 Chris Harrison earlier hosted the famous reality show, but David Spade will host season 7. “Let’s re-meet the people whom we have met 100 times”, he joked while proceeding with the introductions. In July, the showrunners confirmed 20 contestants for the show, including Joe Amabile and Serena Pitt. Joe Amabile is a 35-year-old Chicagoan who first appeared in Bachelors in Paradise Season 5. Amabile got together with Kendall Long and dated her for two years after the show. However, he is back in Season 7 to find love once again. The first few days were difficult for Joe, but things turned good for him as he started to create a bond with Serena Pitt, a 23-year-old publicist. Now, BiP season 7 is still underway; but the filming of the season already finished in July. So, fans are eager for any spoilers regarding Joe and Serena’s relationship. Most fans want to know if the couple is dating even after the show.

Well, in this article, we cover some burning questions like that. We will talk about where season 7 got filmed? Who will be in season 7? Are Joe and Serina still together?

Where Was Bachelor In Paradise 7 Filmed?

The previous Bachelors in Paradise seasons were filmed at Playa Escondida resort in Sayulita, Mexico. The new season isn’t any different, and the showrunners chose the exact location to film the story of new contestants.

Are Joe And Serena Still Dating?

Since the first episode, Joe and Serena became a favorite couple of several viewers. The couple shared a kiss on their first night on the island, and Joe ended up asking Serena for the first rose ceremony. However, it’s hard for fans to predict how things will move forward for the couple in the coming episodes.

The show creators already confirmed that Joe’s ex-girlfriend, Kendall Long, will appear in the show. And, of course, that’s going to challenge the bond between Joe and Serena. There’s even one trailer in which we can see Joe saying to Kendell that “he isn’t sure” that “Serena is the one” is he is looking for right now. We even see Serena crying because of all the drama. So, after hearing all this, it’s common for fans to wonder if Joe and Serena are still dating each other or they parted ways after the show. The good news is that according to Reality Steve, Joe and Serena are dating even after BiP season 7.

Note that these are just gossips, so it’s best to take them with a pinch of salt. Anyway, more information about the couple will be revealed in the coming episodes. So, we’ll hopefully get to know if the gossips are true pretty soon.

Why Did Joe Break Up With Kendall Long?

Undoubtedly, Joe and Kendall were the hottest couples of Bachelor in Paradise Season 5. So, when Joe returned in Season 7, it was difficult for viewers to accept that the couple broke up.

Reportedly, the distance was the primary issue that ended their relationship. Apparently, Joe wants Kendall to move to Chicago as he couldn’t leave the city. However, Kendall was reluctant to move, and because of that, they eventually broke up.

You May Also Like: Who Does Serena P End Up With In Bachelor in Paradise? Her Love Triangle – OtakuKart