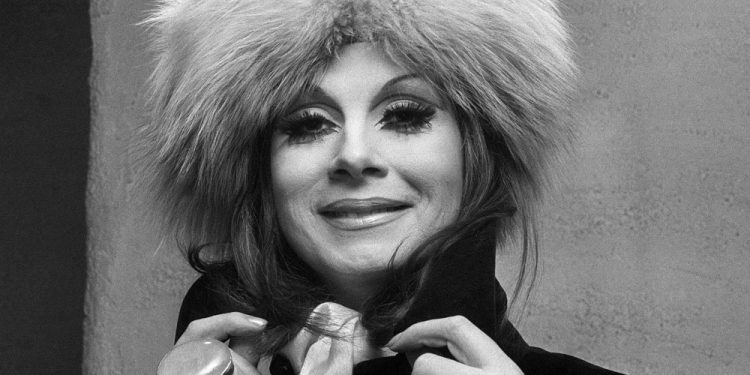 What was the entire controversy about April Ashley’s Marriage? April Ashley was a trailblazing icon who opened doors for the LGBTQ community and shows how representation matters. She started her career as a hostess and a dancer and went on to reach new heights. The icon partied with legends Mick Jagger and John Lennon. Painting maestro Salvador Dali wanted to paint this beauty nude. Ashley, however, politely declined the offer. The historic figure passed away at the age of 86.

April Ashley underwent gender reassignment surgery in 1960. She soon started the international modelling career, and soon enough, people saw her on the pages of Vogue. The woman who managed to woo Elvis Presley and made her way into the pages of some big magazines was bold enough to own her individuality and be unapologetic about it. However, the journey was not easy and was met with some brutal public and private scrutiny. Let us take the bitter details and lesser-known facts about April Ashley’s Marriage.

What Do We Know About April Ashley’s Marriage?

Just like her professional life that was nothing less than historic, April Ashley made headlines for her personal life as well. She was married two times. She was married to Arthur Corbett. Her first marriage created a controversial legal feud as her first husband Arthur had the marriage annulled while citing the reason that Ashley was a man. This marriage ended just after 14 days, and the aftermath was so messy that it attracted huge media spotlight. It was rumored that Arthur himself was a crossdresser. However, things turned nasty when April demanded alimony, and Arthur vehemently denied it.

This led to a bitter court feud as the marriage was nullified, and there were statements made about the model’s sexuality. This took a toll on her as her career was heavily affected, and she soon spiralled down to addiction issues. The Vogue model later got married to Jeffrey West in the 1980s. While she was married twice, she was romantically linked with some big names like Egyptian actor Omar Sharif and  Peter O’Toole. The model also later revealed that she had a brief fling with INXS frontman Michael Hutchence during the early 1980s.

April Ashley: The Icon Who Was Unapologetic About Her Identity

The model endured a series of controversial and tumultuous marriages but refused to hide who she was. April Ashley has risked her life and put everything at a stake as she underwent a risky gender reassignment surgery during the 1960s. April Ashley endured a violent childhood and was also admitted to a mental asylum after she tried to commit suicide when she was just 17. Juno Dawson pens down this heartfelt post while mourning April Ashley’s death. Take a look at this Twitter post given below.

Hearing that April Ashley has passed away. I met her just once, and honestly, it was like meeting the queen. The poise, the grace. An icon. Rest in power. pic.twitter.com/0XxGNacUV3

She was compelled to commit suicide after she was sexually harassed. Her bodily changes made her all the more anxious as there was no one to talk to. Ashley, who was earlier identified as George, was subjected to brutal thrashing from her mother, who had severe anger issues.

Elvis Presley Was Smitten By This Beauty’s Charms!

Believe it or not but April Ashley managed to charm the pop legend Elvis Presley the night they met at a nightclub in Paris. They were so smitten with each Roger that they danced all night long until Presley’s manager was compelled to drag him away. After that, the legendary iconic would send Ashley gifts of champagne.

Sadly enough, April Ashley was subjected to brutal media scrutiny time and again, and this took a toll on her mental health. She soon turned to drugs and alcohol and developed an addiction. However, the model did not bow down to the pressures and resurrected stronger as she was finally identified as a female under the Gender Recognition Act in 2005. She also guided actor Eddie Redmayne for his role as a trans woman in his film The Danish Girl. The actor seeked Ashley’s expertise for the role as he was preparing for it.

Also Read: Are Lady Gaga And Bradley Cooper Dating? What’s New With Them

Most Shocking Revelation Made in Anime