Why is apologize to Gabbie Hanna trending on twitter - Otakukart

In this article, we explain why is “apologize to Gabbie Hanna” trending on Twitter and why did users take to that social network their outrage with a hashtag calling for an apology from the California-based YouTuber. Everything began after Gabbie Hanna uploaded a video on her YouTube channel on Wednesday, June 16, 2021. Shortly after, the hashtag #ApologizeToGabbieHanna was trending on Twitter with mixed reactions playing Gabbie Hanna against Trisha Paytas in a somewhat bitter feud.

In the controversial YouTube video, titled “The Fight I Tried To Hide From You – Trisha Paytas vs. Gabbie Hanna”, Hanna claims that she never really knew Trisha Paytas and that she’s “a delusional, dangerous, obsessed stalker who imagined a years-long friendship” with Hanna, in a lengthy explanation, Gabbie Hanna goes on to explain why she edited a segment from her podcast in early January dealing with a conversation regarding a mail address and some poetry. 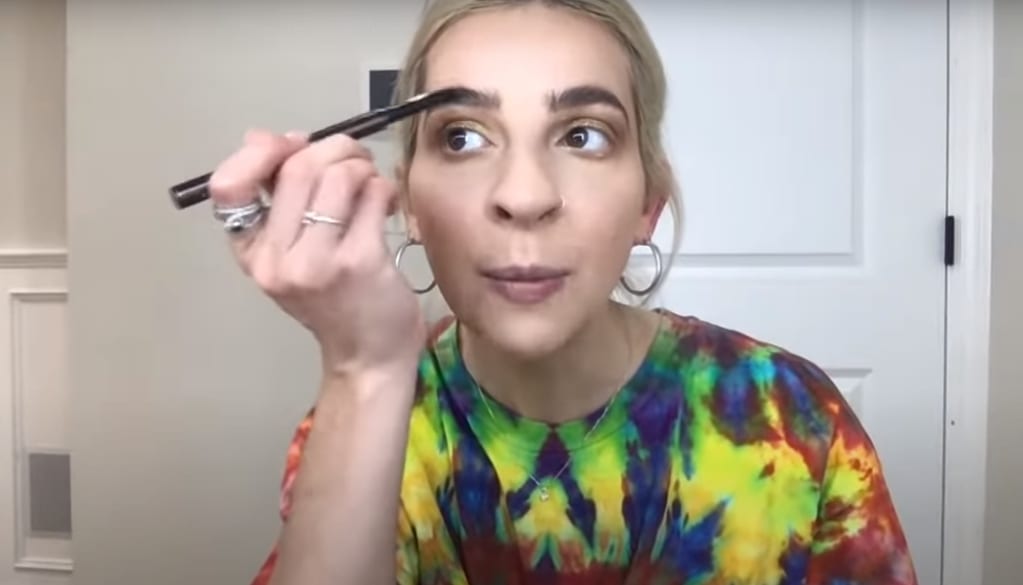 Why is apologizing to Gabbie Hanna trending on Twitter – Otakukart

What’s up with Gabbie Hanna? Why is she trending so much on Twitter? It all began after the audience began to rant on that website after her video upload on YouTube. So Hanna and Trisha Paytas are controversial as both influencers have been dissing each other over the past few months accusing each other of being a hypocrite. If you want to see the video, check it out in the next segment, for one part, Hanna showed up in a leaked phone call recording that Jessi Smiles uploaded on the web. And for the other part, YouTuber Tricia Paytas rage-quitted her own show recording earlier this June.

Who is Gabbie Hanna?

Gabbie Hanna’s full name is Gabrielle Jeannette Hanna, and she is a millennial YouTube songwriter from the United States; this prestigious singer-songwriter was the recipient of a Streamy Award back in 2018. began her career in the now-defunct social media video sharing platform Vine with a segment called “The Gabbie Show”, and then moved on to YouTube, where she set up her own channel with the same name.

Gabbie Hanna began podcasting back in 2013, then she started to post on Vine, her Vine account grew, and she amassed five million followers. Then in 2014, she began broadcasting her show, “The Gabbie Show”  for three years until she rebranded her show to “Gabbie Hanna” in 2017, and that same year, the YouTuber published a poetry book titled “Adultolescence” and not long after, she released a debut music single called “Out Loud” with a music video.

Also Read: Sebastian Stan Cancelled On Twitter, Why Is The Actor In Trouble?

This California-based YouTuber currently dates photographer Payton Saxon —whom she considers her soulmate. Saxon (b. 1990) is from West Virginia, where he grew up and studied. This man constantly shows support for Gabbie Carter on social media —he’s known to be camera shy and likes to keep things private, as there’s little intel about him online. Also, he’s a regular in her YouTube podcast as the two have been together since early 2019.

As for Peyton Saxon’s online persona, most of what there’s available on the internet is the result of Gabbie Hanna’s constant content creation. It’s through the lens of his romantic partner that we know so much —or so little— about him, since Gabbie was —at first— reluctant to show her boyfriend around on social media, but she ended those quirks back in November 2018 when she presented him to society, and now he’s under scrutiny as a low-key internet celebrity.

Payton Saxon lives in Los Ángeles, California, the United States of America, prior to living in sunny, liberal California, he was a West Virginia resident and student, having graduated from West Virginia University with an exercise physiology bachelor’s diploma. Gabbie Hanna, at first, was reluctant to show her boyfriend around on social media, but she ended those quirks back in November 2018 when she presented him to society. She claims that being in his company fills her full of support, protection, and patience.

Despite her troubles, the YouTuber is still to appear in front of a camera, acquiescing to the demands of Twitter followers.