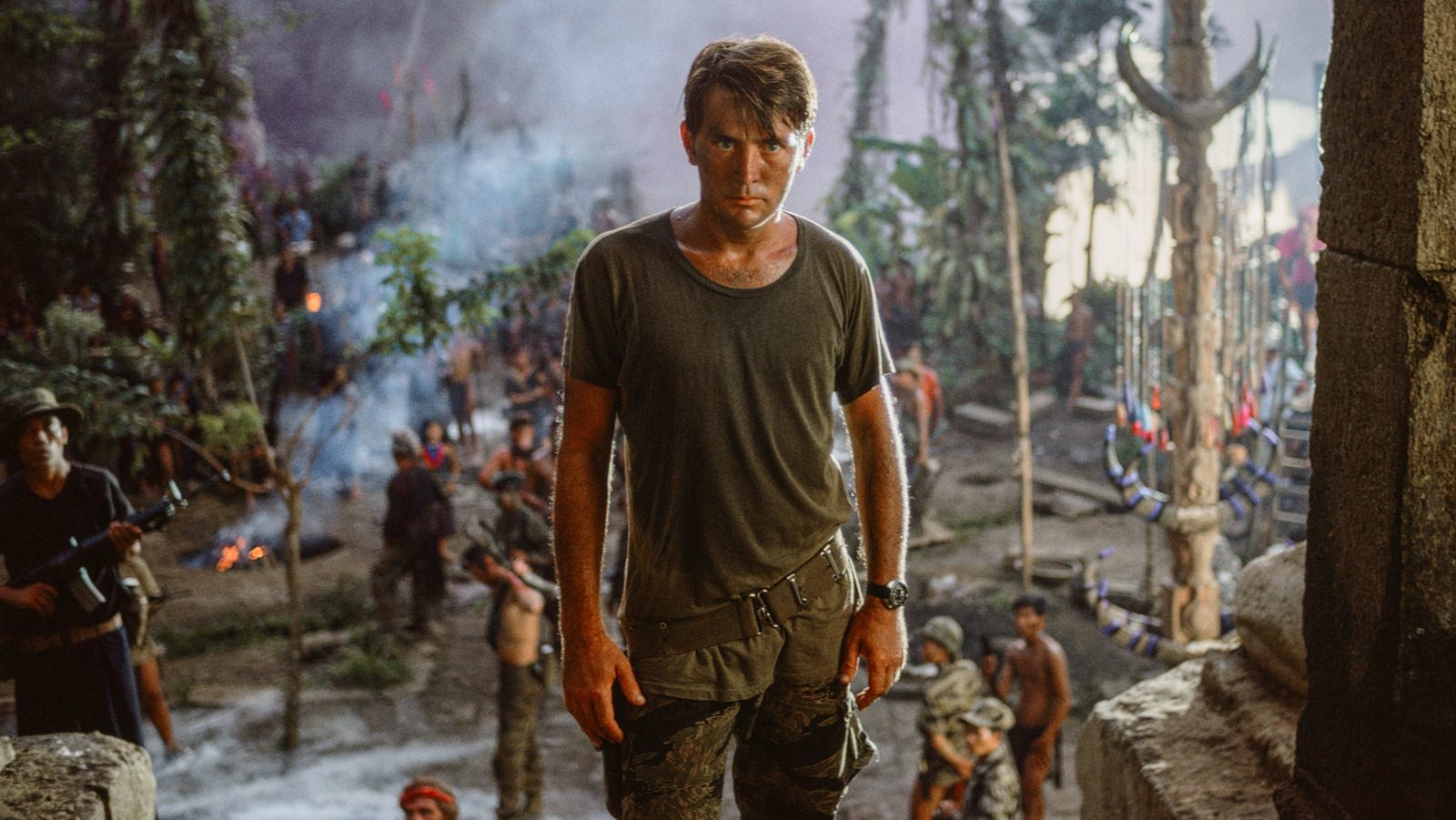 “Apocalypse Now” is the movie that stunned the audience as well as critics with its top-notch production. This movie wrote its name with golden words in the history of the American film industry. It is one of the most successful movies that was released in the late 1970s. Francis Coppola is the director of this epic physiological film that was released in 1979. Till now, this film has a massive fan following who are just crazy for it. But still, if you are one of those who have recently come to know about this film, we would like to share that it is available on Amazon Prime Video, so you can rent or buy it from there.

This movie includes Marlon Brando as Colonel Walter Kurtz, Robert Duvall as Lieutenant Colonel William Kilgore, Martin Sheen as U.S. Army Captain Benjamin Willard, Frederic Forrest as Engineman 3rd Class Jay Hicks, Albert Hall as Chief Petty Officer George Phillips, Laurence Fishburne as Gunner’s Mate 3rd Class Tyrone Miller, Christian Marquand as Hubert Desmarais in the lead roles. Every segment of this movie was completely top-notch and the lead cast also delivered a really great performance. Now, we have got some synopsis of the storyline of this movie. Along with that, you will witness an amazing overview of what all happened at the end.

The content ahead is going to be full of spoilers. This movie is basically based on the Vietnam War and it has clearly shown all the before and after-effects of a cold war. During the Vietnam War, Colonel Walter E. Kurtz of U.S. Army Special Forces became completely deranged and he started an extremely brutal guerrilla war against PLAF and NVA forces without taking any permission from his senior commanders. At an outpost in Cambodia, he commanded all the Montagnard and American troops and they all followed him respectfully as they considered him as their hero. At that moment Captain Benjamin Willard was ordered to terminate Kurtz’s command.

Willard then joined a U.S. Navy patrol boat and planned to quietly reach Kurtz’s outpost. But before reaching to coastal mouth, they met Lieutenant Colonel Bill Kilgore who was commanding a helicopter-borne air assault unit. They met him to discuss the safe passage to the outpost. Initially, during the meeting, Bill Kilgore was seen as uninterested as he had not received any words regarding that plan. But later he got engaged with the plan when he got to know that Lance is a well-known surfer. He agrees to navigate them to the coastal mouth. They raided at dawn with a strike while playing “Ride of the Valkyries” on the loudspeaker.

A little mess arises and tension comes in place as Willard made himself the commander of the PBR and took all the controls. Willard later partially revealed his mission to the chief in order to covey his concern about why his mission should proceed. When Willard studied Kurtz’s report, he was impressed by the sacrifice made by Kurtz. Then at a remote army outpost, Lance and Willard gathered some information on what is upriver. They received a bad that has having some personal as well as official emails. Willard then order to Chief to continue as they were not able to find any commanding officer.

So, the end was even more exciting and thrilling and here is everything you should know. Willard discovered via that dispatch bad that another Special Forces Captain Richard Colby, was sent on a mission earlier that was completely similar to Willard’s. Lance was under the influence of LSD and activated a smoke grenade that attracted enemy fire and Mr. Clean got killed. Further upriver, Chief tried to kill Willard but Willard only suffocated Chief.

Willard then revealed his complete mission to Chef who was now the charge of the PBR. The PBR then arrived at Kurtz’s outpost. Chef, Lance, and Willard were greeted by a very famous American photojournalist who praised Kurtz for his amazing work. They then encountered a near-catatonic Colby. Same time, Willard ordered Chef to give the command for an airstrike on the output if he and Lance did not return. Willard was brought before Kurtz in a darkened temple in the camp.

Kurtz killed the Chef and this prevented the airstrike. Later, Willard was released and he received a really big lecture from Kurtz on theories of war. Kurtz told everything about his family to Willard and he asked Willard to tell his son about him after his death.  Later, that night during the water buffalo slaughter ceremony, Willard attacked Kurtz, and extremely wounded Kurtz uttered “The horror, the horror” and died. In the end, everyone saw Willard departing and carrying some valuables of Kurtz.