Another Life Season 3: What is the Series About? Plot & Characters

Here, we will get to know the Another Life season 3 release date, about the plot, and what to expect. 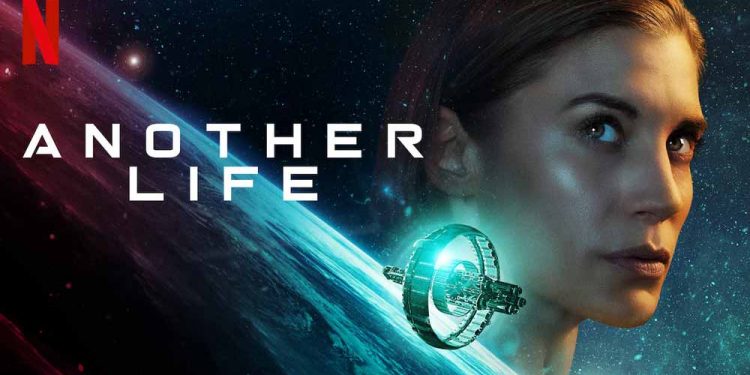 Another Life: Will there be a Season 3?

Another Life is quite the series if you love watching sci-fi thrillers. This Netflix series shows quite a great potential, though the ratings were not high enough. It caters to a very particular group of people. The series deals with Universe and intergalactic species which pose a threat to the world. Another Life could be your go-to series if you were into movies that involve a lot of space actions and aliens. So far, the show has only two seasons, with each of them having ten episodes in total. In this article, we will get to know the Another Life season 3 release date.

There have been some rumors regarding the show. There is a slight chance that the show could be canceled, and Netflix might not pick up the show again. However, we will discuss more this in the article. The show might not be doing that well, yet there is a specific set of people who are quite attached to the show. It will be interesting to see how Netflix will handle the situation. However, the ratings are quite low, with a 5.2 rationing out of ten in IMDB.

Before we get into the details of Season 3, let us go back a bit. Season 2 was on a roll, with a new type of villains coming into existence. The first season was spent navigating outer space, and the main characters faced some huge aliens as a consequence. However, in Season 2, they were made to face a different type of alien known as Achaian. Niko tries to explore the Achaian ship during the first few episodes. However, all hell let loose when the Achaians came back for revenge. There comes a great war that gets the Government involved even.

We will not get involved much into the details of the episodes, but get into the ending of Season 2, as it will help us to guess what could be the plot for Season 3. In the final episode, we get to find out that Achaian has produced a warning through Seth to the members of the Salvare ship. They want to implant their own technology inside the humans, as they consider them to be inferior creatures who do not deserve to be in the Universe. They were also quite alarmed by the human invasion in the other parts of the Universe.

When the people in Salvare had rejected the offer, the Achaian decided that they would be declaring war on the human. When consulted with the President of the United States, he declared to go into war. However, Salvare decided that straight up going into the war against an alien force is not a plausible reason.

The finale was quite an interesting one. The Achaians have decided that they will attack Salvare. However, right before the aliens’ attack, they come to know that the Achaians are not physically present. Instead, it is using high technology. They find out it is a technology that makes them present in front of them. To counteract their attack, they decide that they could infect their system with a computer virus. As they progress towards the Achaians, they make sure that the computer virus gets into the system. Lastly, the Achaians are defeated with their systems failed and are sent back for the time being.

However, the Salvare know has to come back on Earth. William and his team manage to get back using the Achaians technology. As they get back into the planet, they get a lot of information regarding other aliens who are thankful now as Achaians have retreated. Apparently, the Achaians were trying to take over the other plants too. What will be interesting is to see how the show could be taken from here. The Salvare has managed to save the Earth once again, yet as the season keeps on going, the villains will be expected to keep getting stronger.

Netflix has not yet made any official announcement regarding the renewal of Another Life Season 3. Season 2 has ended quite recently, yet once Netflix does pick up the show, the series will take quite a lot of time. The series clearly has a lot of production work. Hence, if we were to think about the time, the series might get released at the end of 2022 or in the early months of 2023. Hence, you have to wait for quite some time for Another Life Season 3 Release Date.

The show did not end in any cliffhanger in Season 2, which means that people were not too much worried about what might happen. However, as we saw, Niko and his team started to venture deeper into the galaxy after they managed to make the Achaian retreat. This means that in the next series, we will be getting to see more universe exploration. Perhaps there will be new challenges for the team, where they might have to face stronger aliens. They could also be in trouble for going too deep in the Universe. There is also a high probability that there could be another fight with the Achaians. However, this time they will be real.

Season 2 was released quite recently. Hence it could be hardly likely that they would release a trailer so soon. Even Netflix has not yet taken up the show for renewing. Once Netflix decides on taking up the new show, then they will be working on their production. So the trailer will come up quite late.

Where to Watch Another Life Season 3?

If Another Life Season 3 does come out, then you can watch it on Netflix. It is not available on any other streaming platforms, as it is a Netflix Originals show. Netflix does not sell the rights of the movies and shows that are produced by them. Hence, if you are interested in watching this thriller sci-fi, you need to get a Netflix subscription and start to binge-watch both series before Season 3 comes out.

There could be plenty of guests appearances too, about which we hardly have any clue. We will get to know more about everything once the trailer drops in.

Is Another Life Season 3 Cancelled?

One of the biggest controversies that the show is facing right now is that there is a high chance that the show has been dropped by Netflix. As mentioned above, the show does not have a good rating. Usually, if a show does not have good reception, Netflix cancels the show. Netflix is also notorious for canceling shows after two seasons. Whatever the few fans the show has, they were quite perplexed with the ending. Netflix tries to keep the endings at a cliffhanger. However, for Another Life, it ended in a good way.

In fact, the productions team has not spoken about it yet. Some die-hard fans have found a few of the celebrities tweeting about Netflix canceling shows early on, yet there is not much proof. Thereby, nothing is sure about the future of the series yet. Perhaps Netflix is still waiting on the show and trying to see if it does gain some good ratings. If the show suddenly gains a significant amount of viewers, perhaps Netflix might think to re-start the show. As of now, all we can say is that the show is hanging by a thin thread. If you are a fan of the show, we would ask you to make your peers watch it too. Otherwise, there is a high chance that your show might get canceled.

You can watch Another Life, here.

How Much Is A Rocket On TikTok? Gifts Price and Their Worth