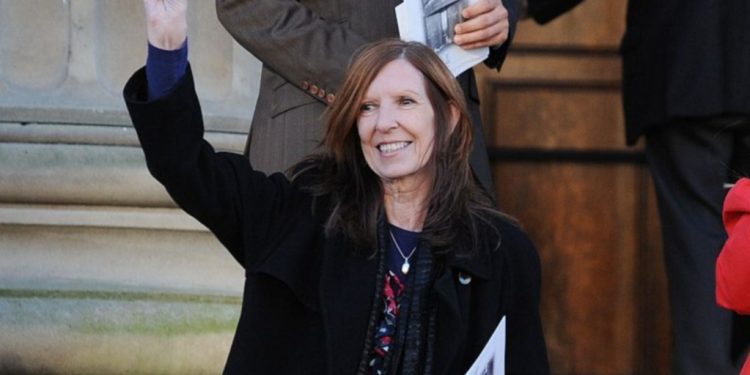 What do we know about Anne Williams’ Marriage? Her new show ‘Anne’, along with her husband are gaining prominence and are ruling over the internet. In case you aren’t aware of her, Anne Williams, originally known as Anne Elizabeth Meath served as the activist, fighting for justice for the victims and her 15-year-old son Kevin who were killed at the Hillsboro Stadium In 1989. Her struggle and fight have been showcased in a new drama series on ITV. We will discuss more of the tragic chaos in the later section of this article. Anne Williams is an inspiration to many mothers and people are proud of her. Unfortunately, fighting with bowel cancer for years has caused her death, eight years earlier.

This new show of her has called for her marriage details among her fans. Well, she married twice. Her second husband has played a major role in fighting for justice for his step-son Kevin. People who got inspired by her story and others are keen to know Anne Williams’ Marriage details. If you want to know more about her family, the 1989 Hillsborough incident and the show, you must dig into this article and stay till the end.

Also read: Ashley Reeves’ Marriage: Everything To Know About It

Well, when it comes to Anne Williams marriage, nothing much about her first husband is known to the public. Although, they had two children, one of them was Kevin. The reason for their divorce is also not known.

Right after her divorce from her former husband, Anne met the love of her life with whom he tied the knot. His name is Steve Williams. When it comes to his nature, he is a very private kind of person and also an introspective one. The couple shares a daughter, whom they named Sara. As a husband, Steve Williams has supported a lot in her struggle and battle in earning justice. Even after her death, he helped a lot to start up a new show based on his late wife’s journey.

The British activist, Anne Williams was born on 6 February 1951 in Formby, United Kingdom.

She served as the activist for the 97 Liverpool fans and his 15-year-old son, Kevin who was killed at the FA Cup semi-final between Liverpool and Nottingham Forest. The incident took place on 15 April 1989 in Hillsborough. All of them were killed at the Hillsborough Stadium in Sheffield. Anne Williams fought against the tragic incident, fighting for justice. The way she fought has left many people in tears. Not only that, because of her immense guts for fighting against the odds, she earned the Helen Rollason Award at the BBC Sports Personality of the Year Awards.

It was on 18 April 2013, when Anne Williams died at the Birkdale, Southport, United Kingdom. Many of her followers didn’t know how she died. The cause of her death is nothing but she was suffering from bowel cancer for years She was then 62 years old.

Anne: Details of the show

It was an accidental yet tragic death of Kevin, her son. The show is focused on how Anne Williams, being the mother has fought to find the truth of her son’s death and also for justice. It’s a mini series airing on ITV, which is set to have four episodes in all. It released its Episode 1 on 2 January 2022. The other three episodes are yet to get released.

Since Steve Williams has played an important part in Anne’s battle, fans want to know who is going to play his role in the new ITV show. Well, it’s the actor Stephen Walters. He has been able to meet Steve in reality and knows the entire story before showcasing it on screen. When he was asked about it, Stephen Walters confessed that he was overwhelmed and glad to meet him and also shared that they got along quite well over music. While Anne’s role is portrayed by the actress Maxine Peake. It feels good to see how a mother can fight for her child.

Also read: So Ri’s Grandparents Agrees To Her Marriage With Ha Ru In ‘ Love Twist’ Episode 17