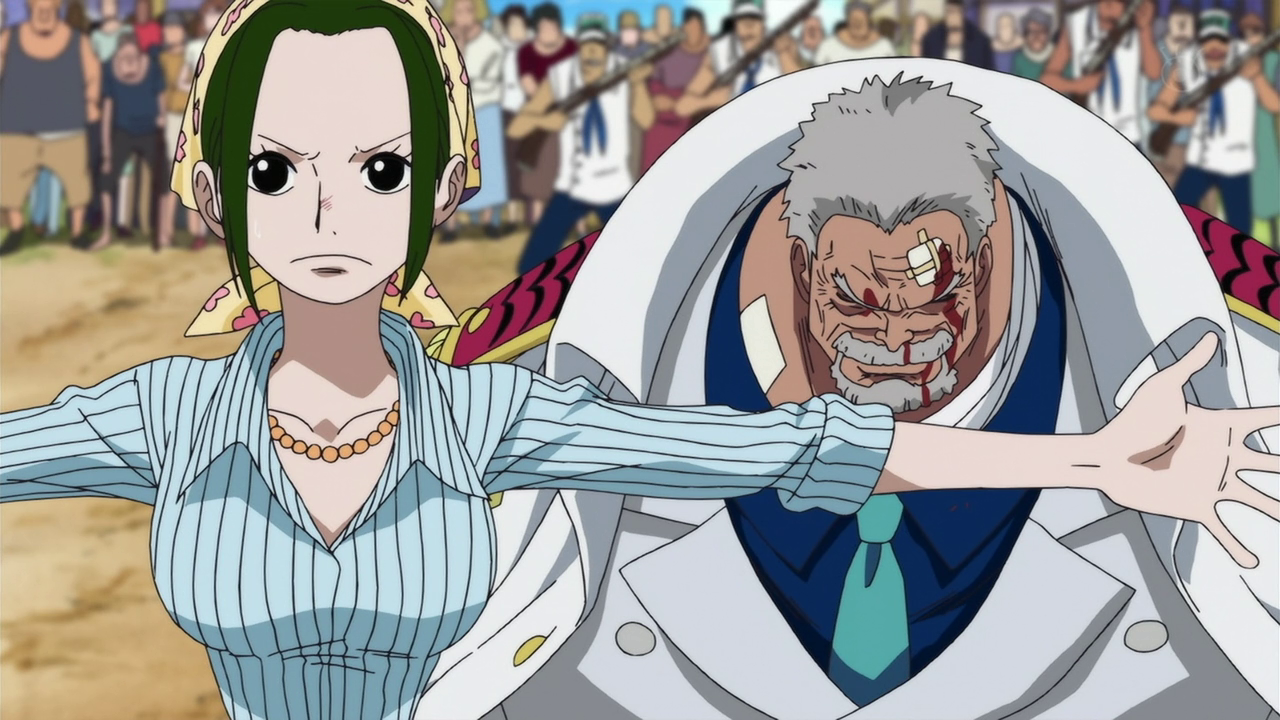 We saw Makino and Shanks having a relation that nobody understands, they both are very important to each other, and it looks strange in terms of Shanks. But the main point here is about Shanks and his son, does he have a son or it’s just what internet is making up? Well, we have got some details that you will be shocked and will try to stop and think about. So first of all, see the photo below. It is a photo from One Piece chapter 615, it was on the corner! 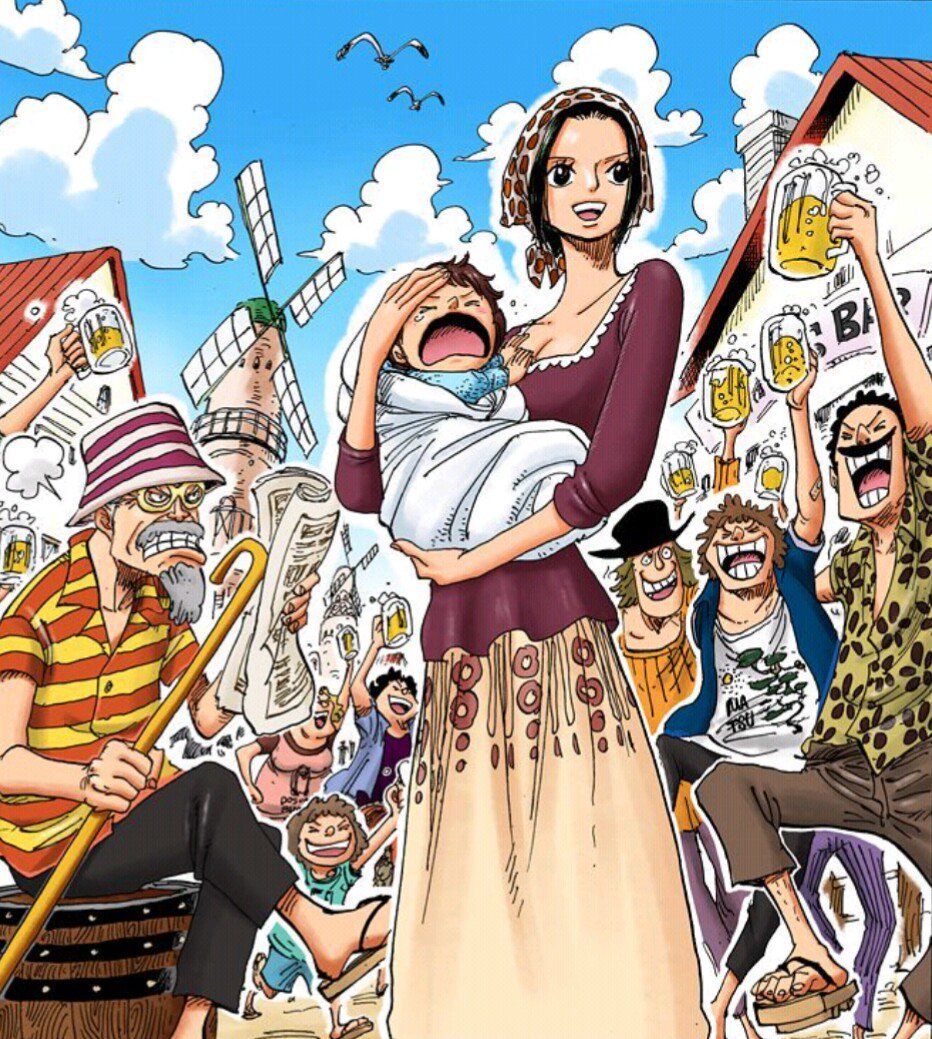 Makino Holding a Baby Having Red Hair – Her and Shanks’ Son

The photo shows Makino having a baby in her hands, as she is holding the baby and having a smile on her face. Now people were curious on the way she is holding the baby, it looks like she is the mother of the baby! Everyone on the internet was just blown away with this theory, but it was not too serious until it linked to Shanks, as it is believed that Shanks and Makino are parents of that baby. The baby has red hair, which further proves that it is nobody else but Shanks!

It did not take too long to get this question to Eiichiro Oda, as he was asked about the same theory in Sbs volume 63. He then hinted that the baby was Shanks’ indirectly. Which means, Makino is mother of Shanks’ baby, and it starts to pop questions in everyone’s minds. How the hell that started, and what is the real story behind their relationship. I think it will be explored later on, and it is what all the fans are waiting for!

Here is the conversation in Sbs Volume 63:

Q: ” The thing that concerns me is the cover of chapter 614. You see how Makino-san is holding a baby? Does that mean that baby is Makino-san’s child?! And does that mean the father is me?”

A: ” NOT YOU!!! Sorry. Well, Seems Makino-san became a mother. She looks very happy. The father is maybe that person-. Yeah, probably that person.”

Another question is, whether Shanks went to Fooshia Village or not, as it is in the East Blue. It is considered out of the limits of a Yonko, as it is under the protection of Garp, so the questions are everlasting, and we all need some more insights to this. We expect more details on this when Shanks’ saga will start, and it will surely have a lot of revelations that we all are waiting for!