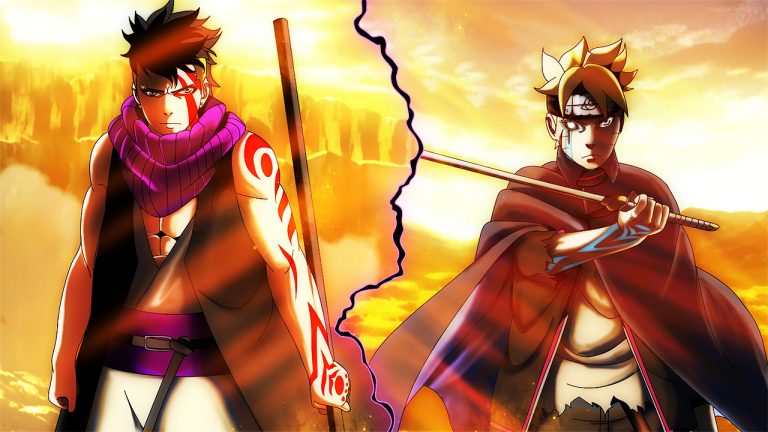 Here are leaked screenshot from Boruto Manga, and there are potential spoilers on the internet that Naruto Uzumaki dies. But wait there’s more! We will be talking about the main points in the manga, we don’t have many details on it, but from what we know, let’s talk!

Major Spoilers ahead, read at your own risk.

1. Boruto and Kawaki are seen battling on the Hokage Mountain, on 7th Hokage Naruto’s Statue. Kawaki wants to end the Era of Shinobi and who knows what he wanna know, that’s all details I have on him, let’s move on.

2. Hinata or Himawari dies and Boruto has her eye implanted in him. Why am I saying that? because he has a scar just like Kakashi and there are no effects shown here when the Byakugan is activated.

3. Here, Konoha and City above are destroyed, and possibly there was a huge battle. Naruto lost his life. As Boruto has a Byakugan implanted into him, I’m guessing that Hinata dies as well. It’ll be unlikely for Himawari to die. The thing to wonders is, how in the world someone killed Naruto. Even if they pull off some move and Kill Naruto, can he/they kill Sasuke too?

28 Greatest Anime Quotes of All Time

To be honest, this is completely messed up. If it is true that Naruto dies, fans are gonna be so mad at Ukyō Kodachi. He is the writer of the Boruto Manga. You can’t just kill off Naruto. I forgot to mention one thing that when Boruto uses his Byakugan, his eye tattoo starts glowing, that’s something new. Also if this Byakugan transplanting thing works like Sharingan, Boruto might even unlock something cooler like Mangekyou Sharingan! OR Mangekyou Byakugan?

Pretty sure there are lots of surprises ahead, we will have to wait for it! let’s just hope that Naruto and Hinata survives.