Let us know if you like this, you can request more in the request button below!
Let’s get started without any delay. 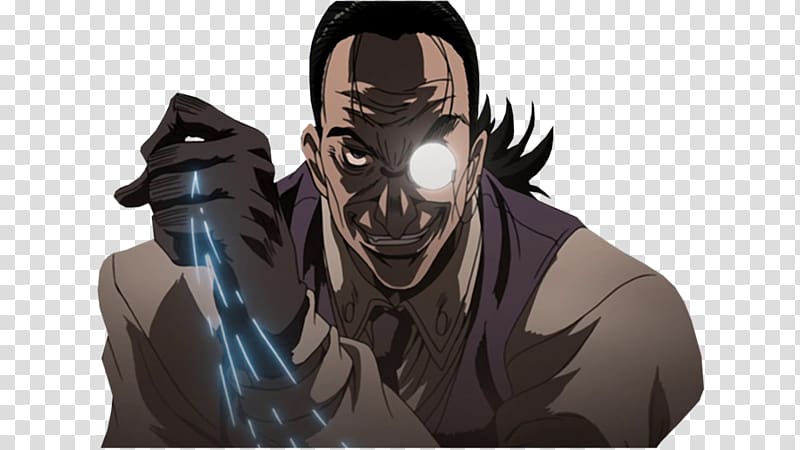 Walter C. Dornez is a former active duty member of the Hellsing Organization, and is employed as the Hellsing family’s retainer. In the TV and OVA series, his voice actor is Motomu Kiyokawa, and the English dub is by Ralph Lister. Young Walter is voiced by Paku Romi.

Hayato recalls that he took on 500 martial artists at once and was extremely reckless in his youth and violent to boot, to the point where he deliberately spilled tea over another relaxing fighter’s head just to goad him into fighting. 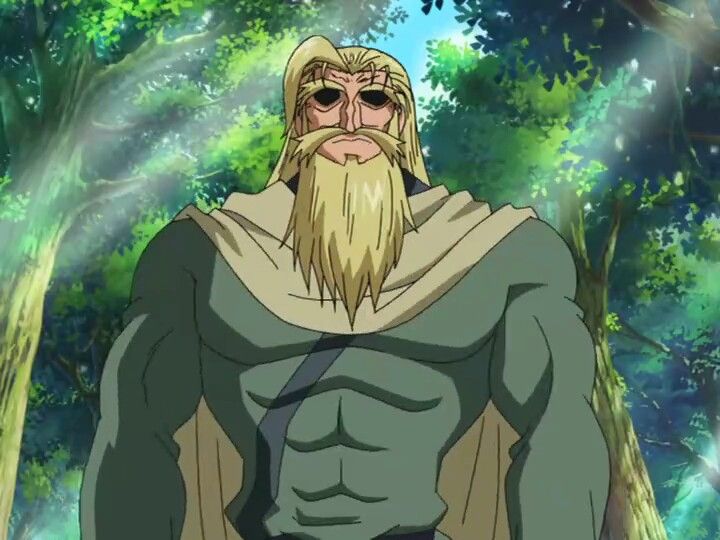 Unlike Kenichi, Hayato would take on anyone, man, woman, child, and even animals. To this date, Hayato still takes on anyone.

Master Roshi is an ancient and wise martial arts master and the first character to wield the trademark Kamehameha. 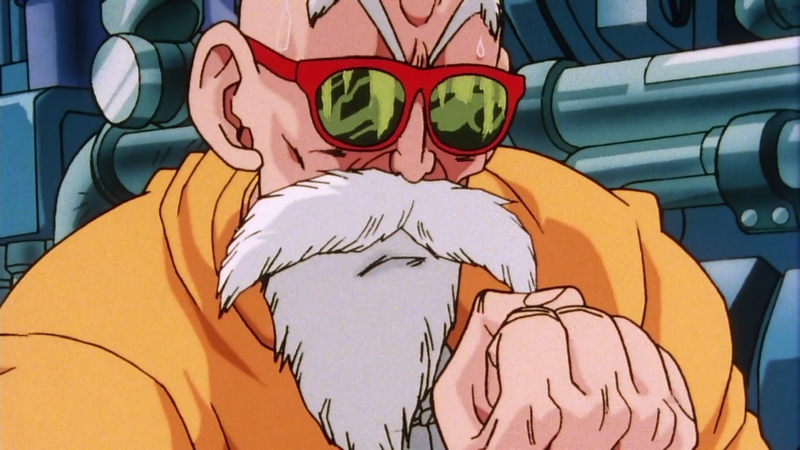 Though he seems frail, Roshi is actually a mighty warrior. He trained Grandpa Gohan, Ox-King, Goku, Krillin, and Yamcha. Master Roshi is both the archetypal wise old man and perverted old man, the latter being typical of shōnen manga.

Sometimes, he gets cranky, which further provides comic relief. His companions are usually Oolong, Turtle and Launch. His home is Kame House, a shack on a small isolated island which serves as a gathering place for his friends.

Despite being thousands of years old, Raizen’s body remains young and strong, consisting of a lean yet muscular appearance. As the centuries progressed, however, Raizen became more and more emaciated as he starved himself because of his experience in Ningenkai. 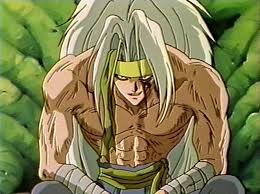 His clothes include a yellow headband, a yellow obi sash, and white pants. Accompanied by long, white hair, his facial features consist of a long, thin nose, canine teeth, a tattoo below his left eye, and a pained, craving smile.

Hiruzen was born the son of Sasuke Sarutobi. The Sarutobi clan was one of the first clans to settle in the newly-created Konohagakure, where Hiruzen struck up a friendship with the Shimura clan’s Danzō Shimura. 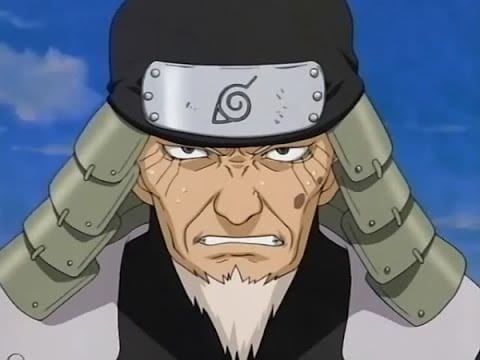 Hiruzen was part of the first generation of ninja produced by Konoha and he, Homura Mitokado, and Koharu Utatane were placed under the tutelage of Tobirama Senju.

Hiruzen early on displayed prodigious talent in the ninja arts, earning him additional training from Hashirama Senju, the First Hokage; at the same time, Danzō became jealous of Hiruzen’s skills and started a one-sided rivalry in an effort to surpass him.

While Zeno is a witty old man, his advancing age has not dampened his quick thinking and speed in battle. Despite his senior citizen status, he is a very formidable tactician and a skilled user of Nen. He remains calm and collected at all times and displays a unique sense of pragmatism. 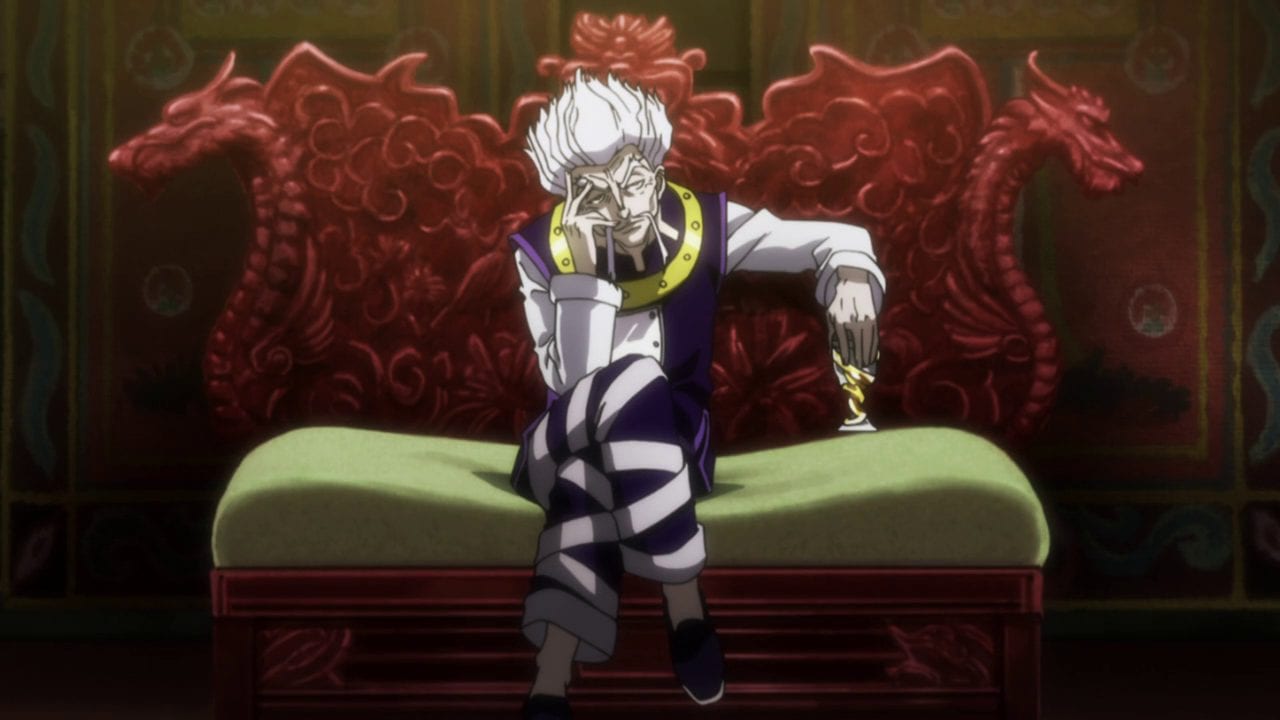 He takes satisfaction in being an efficient assassin and that seems to be his only conceit. Killing is just a job to him and emotion doesn’t enter into it. He only risks his life if there is a reward to be gained. Zeno has high hopes on Killua, that is why he trusts the boy’s ability.

Yamamoto is the oldest captain in the Gotei 13. He has the appearance of an old man with red eyes, a very long white beard, and long eyebrows.

There are many scars on his torso and head, the two most prominent being a pair of long, perpendicular scars above his right eye, left by his battle with his lieutenant. After his brief confrontation with Sōsuke Aizen, Yamamoto lost his left arm. He wears the standard Shinigami uniform, but its size is greatly exaggerated.

He drapes his Haori over his back instead of actually wearing it. Despite his old and frail appearance, he has a very muscular body which he only reveals when he goes to battle, something which Shunsui Kyōraku claims is not seen too often.

Master Asia, or rather Shuuji Kurosu fought in the 7th Gundam Fight as the Gundam Fighter for Neo Japan using Yamato Gundam as seen in the manga of the same name. 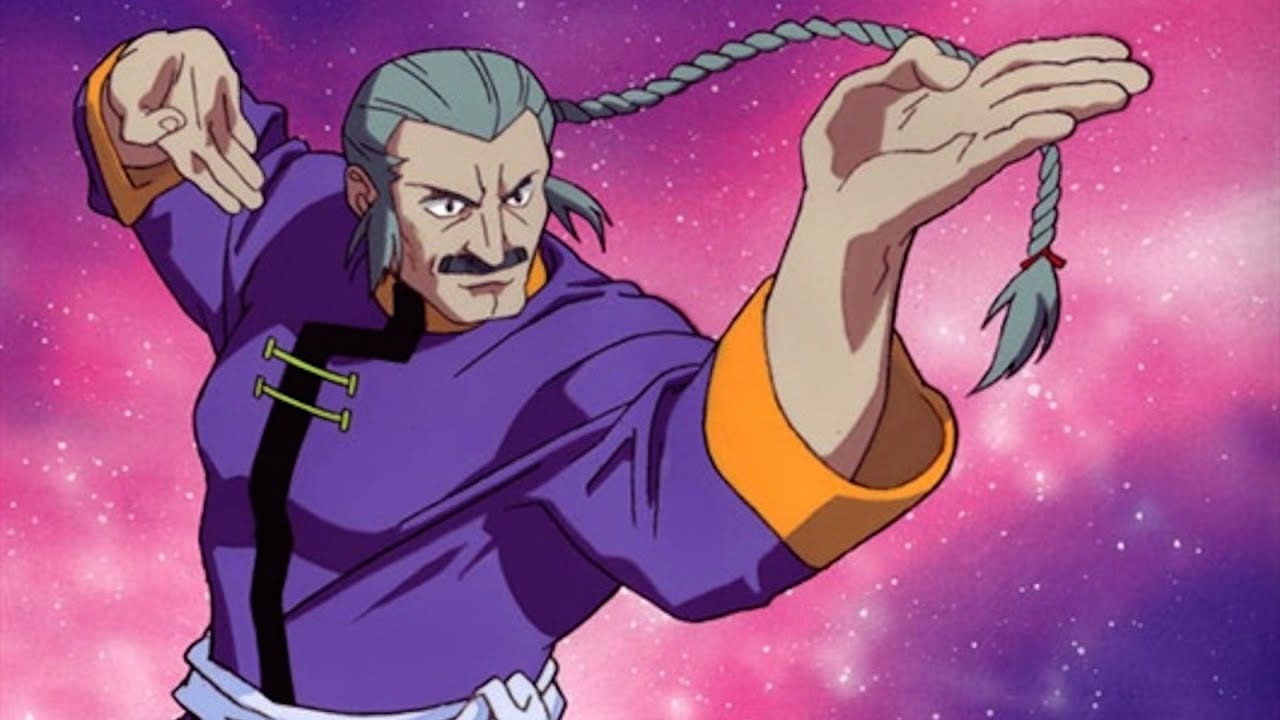 Shuuji fights the individual members of the-then-to-be Shuffle Alliance in the Gyuana Highlands. After his battles with them, they become friends and come to the rescue of Neo Germany’s Gundam Fighter, Wolf Heinrich, who is being unfairly attacked by both Delos Argos and Hell Snake’s Gundams at once.

After they are defeated Shuuji faces off with Heinrich and ulti54ghlands to train and compete. Here Shuuji refines Tohoufuhai and develops the Sekiha Tenkyoken. Wolf and Shuuji have an exchange as friendly rivals and promise to face each other in the Gundam Fight Finals.

In the manga and 2009 anime, Bradley appears as an older man near sixty with an incredible physique for his age. 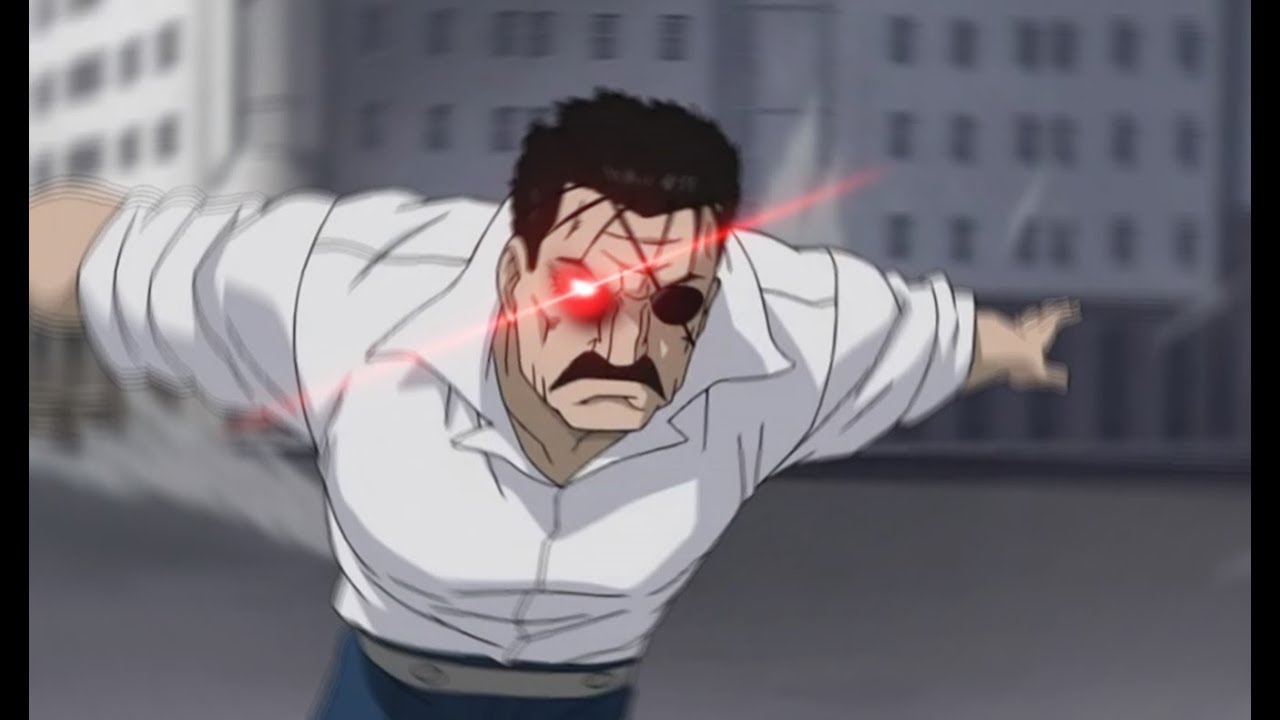 He has a full head of black hair and a thick black mustache, and a blue tint to his right eye as he is seen to wear an eye patch over his left. Underneath his eye patch is “The Ultimate Eye”, or his regular eye with the Ouroboros mark in place of the pupil and cornea. In the 2003 anime, Bradley’s design is basically the same, but due to differing art styles, he has noticeably softer features with a thinner and less stocky build. His skin tone is more of an olive complexion in the 2003 anime. 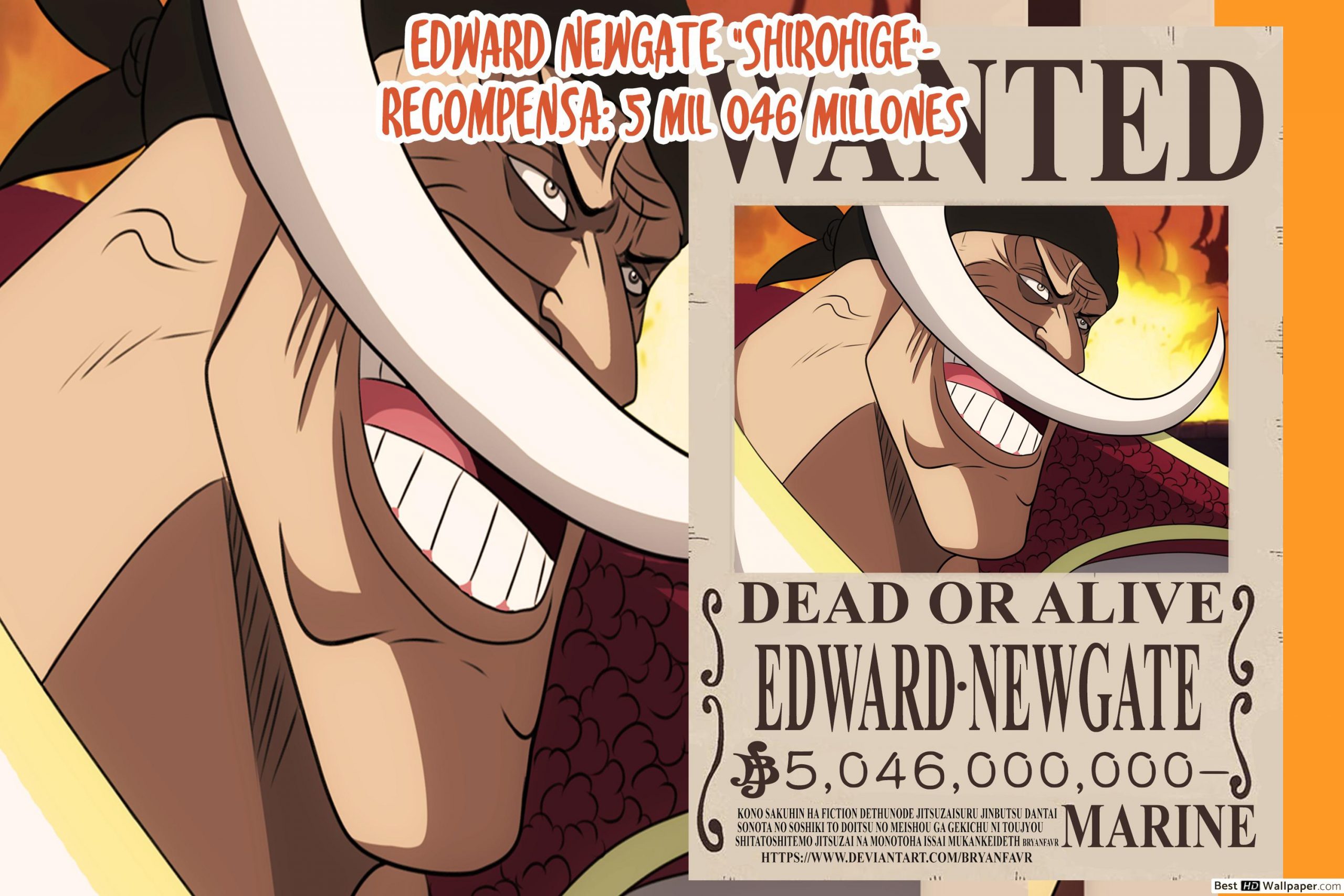 In his younger days, he wore an open dark gray vest and a black bandanna, and his trademark mustache was nonexistent.

Later in his life, he grew the prominent crescent-shaped mustache, which would spawn his epithet, “Whitebeard”. When he was 52, he wore a blue and yellow pirate hat with his jolly roger on it over a black bandana with black and red, both worn over long, blond flowing hair he had back then