13 Anime Villains That Would Be Better As Heroes

Anime fans often wonder what will happen if the anime villains of the show become heroes? In many shows, anime villains have a very weak narrative and their only reason for existing is to demonstrate how powerful the hero of the show is. Some of the common examples of Villian with no unique narrative include Villian going through a very painful past, which mainly includes someone they loved dying in the past.

And therefore there’s no proper storyline of the anti-hero which makes fans wonder they’re existing. They wonder that villains could have performed their acting the way they do. Most of the time villains are just brought into the show to prove how good the show’s villain could be. But seeing them changing their character from bad to good is pretty interesting. A little personality twist and they are now changed from Anti Heroes to a Hero.

A total waste of opportunity for a large redemption arc

Feilang is a character from Hakata Tonkotsu Ramens, a Japanese Novel series. The only possible and valid reason why Feilang backstabs Lin, could only be because he was moved away to a corner. He is basically a skilled killer. After backstabbing Lin, Lin felt betrayed by his actions. At an early age, Feilang became an excellent assassin. Feeling just wanted to kill Lin was due to a completely unnecessary reason which was to take away everything Lin Took from him’. All Lin wanted to show Feilang was to tell him the loyalty and friendship he was missing out on years and he would become a great assassin like Lin.

Ruffled and short red hair, an artificial left eye, and a scar running vertically over his black with a tattoo on his upper right arm are what Feilang looks like. He would really look great as a hero.

The ‘Dark Hero’ of Tiger and Bunny is whom we call Lunatic also called Yuri Petrov. If we imagine Lunatic being in an anime series like Code Geass or Death Note, he would totally be portrayed as Hero. He would help society by cleansing out the criminals in society.

However as there is a lack of Anti Hero in Tiger and Bunny, Lunatic is forcefully made to be the villain. As the Heroes of Sternbild City and Lunatic have the same goal which was to protect all of the people living in the city at any cost. Therefore, he would have looked great as a hero.

3. Crowley- Seraph Of The End

Vampires basically love killing humans, but this one is not like every vampire. Crowley is a vampire who basically only finds happiness in fighting strong opponents. He does not show any emotional attachment to any of his companions. He has never killed a human being in his life and he does not even pay any attention to the vampire’s political world.

If chosen, he could have made Mikaela easily, a character who has his ambitions and everything fulfilled in his life, even though he is fighting on the side of humans. But instead, he has been chosen to be a ‘ Neutral Villain’.

A very great man from inside and outside both, but becomes a villain out of nowhere

In KADO: the Right Answer, ZaShunina was always shown as being a good guy and listening patiently and actively to Shindo. Even when the decisions of human decisions were against the understanding of aliens around him, he still was a good guy and was listening to the leaders.

And therefore when he forcefully rejected Shindo’s decision and refusal to agree with his master plan seemed a bit hypocritical. Previously, he was of agreeable nature, and suddenly refusing the decisions of his leader was quite unexpected and out of nowhere. And therefore this completely declined the chance of ZaShunina to understand the nature and emotions of humans.

MUST-READ: 5 Animes That Should Have Ended Early

After Minatsuki’s brother, Yo became her emotional support, Minatsuki calmed down. She even supported and helped Ganta. She announced that everything she was doing was to pay back the debt she has with her. But then she walked away, but helping Ganta to fight the undertaker would have made much more sense. Helping her would have made give her brother, Yo a freedom, and also Ganta would have turned the fight in her favor. But all of this wasn’t able to happen as she walked away from all of this which made her the villain of the show.

6. Biba- Kabaneri Of The Iron Fortress

As to achieve the goals he planned for, there was no need to hurt other people

We already know that Most of the Shonen heroes had a traumatic childhood. Biba was one of them, he also had a traumatic childhood. His character is a very misunderstood hero. Biba would have become a very great and understanding ruler who helped and brought peace for the citizens. He could have simply achieved that by teaching citizens how to fight against Kabane. But as he had a very bad childhood, expecting him to do this is unreasonable. And therefore his past justified everything he did in present.

He became the leader of 400,00 troops at an age of 12 in the Kyushu battle. He was also betrayed by Shogun who took his army supplies.

7. Archangel Sariel- The Devil is a part-timer

In The Devil is a part-timer, there have been no justifications given about the actions of Archangel Sariel. And this is the main reason why fans are left only to think that he is provoking and having wars with Satans because he’s an ‘Evil Demon Lord’ who must conquer. But in the show, Sariel does not have any idea about the Change of heart of Satan. Sariel could also have given up trying to kill Satan like Suzuno. But do you know what was the reason he kept trying? Because show obviously needed a Villain which Satan could easily defeat.

She only wants to be with Yato.

Noragami is a pretty interesting series. We can see in both seasons, Nora had tried every means to stay near Yato. While they were growing up, they were always together but things changed then. The only reason why Nora used evil actions in both the seasons of Noragami was to be near Yato. When she tried to get rid of Hagusa and Yuu are also known as Hiyori and Yukine it was her playing just to get closer to Yato. 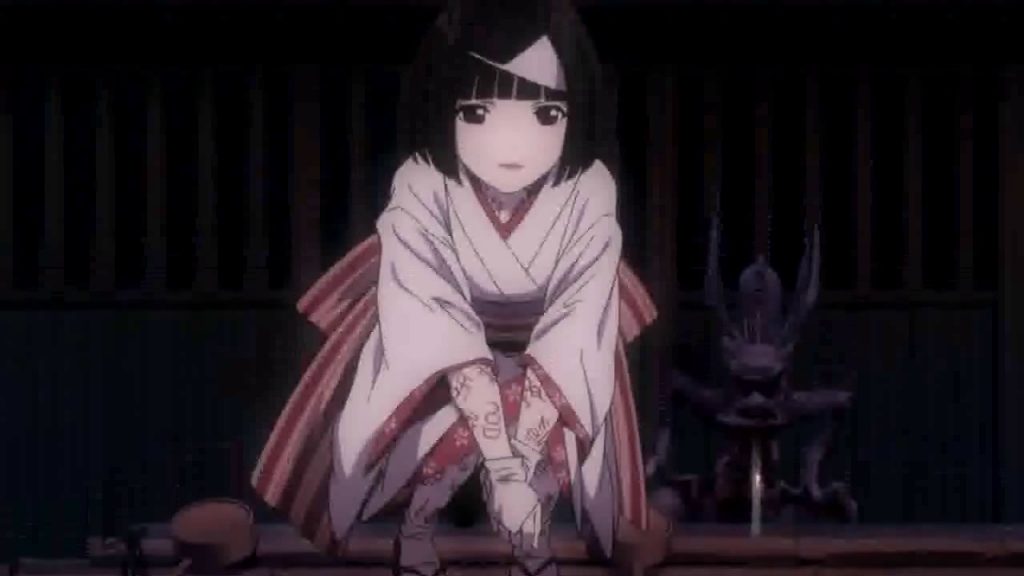 In series, whatever happened in Gehenna, he could have easily outlined everything. This would help All of humanity and the Church to have enough knowledge and time to prepare for any future attacks of demons. All his actions made sense that he wanted to live on earth and not go back to Gehenna.

Lucifer is a neutral observer. He should have switched sides when the true colors of Belzebuth were shown.

Belzebuth stole the Key of God for his own benefit, this is the time when Lucifer got betrayed by Belzebuth. In this situation, everyone expected Lucifer to form a temporary alliance with all the angles and humans to defeat the overpower of Belzebuth. However, fans were never able to see that because Lucifer Never switched sides even after seeing the true colors of Belzebuth. This came out very disappointing for the fans because you expect him to be on the side of good rather than being a neutral observer. His patient and calm nature say it all.

is one of the best characters that you can imagine as a hero, as he has strong leadership qualities, fights for his loved ones. not only this he also has supernatural powers just like any lead anime character. He has an incredible eye that has the ability e to control each and every person around him very easily e just by looking straight into the eyes. He captured various nations and in the end just like any strong character he makes himself die for a cause.

The villain from my hero academia is one of a kind character. He has strong fighting and combat skills and not only this, the reason he fights for is something unique. His desire is to create a world where there are no fake heroes. He kills every fake hero he finds just to create a society free from fake people who want to take credit for the good things and don’t do anything in return.

Yes, I know you’ll say that’s the perfect one! Light Yagami is one of the favorite characters of the anime world, known by all. After he gets the book and starts killing people, his sharp mind reveals it all. He has great intelligence and analytical skills apart from this his story also relates to fighting evil. But unfortunately, he ends up killing innocent people that are after him.

What Are The Forbidden 4 Anime and Why Are They Called So?

What Are The Forbidden 4 Anime and Why Are They Called So?

'Nancy Drew' season 3 episode 6 will dial up the scares in a story contending with Civil War-era supernatural entities....

Patricia Karvelas Partner: Is She Married?

Maitland Ward Net Worth: How Much Does She Earns in 2021? Her Career & Assets