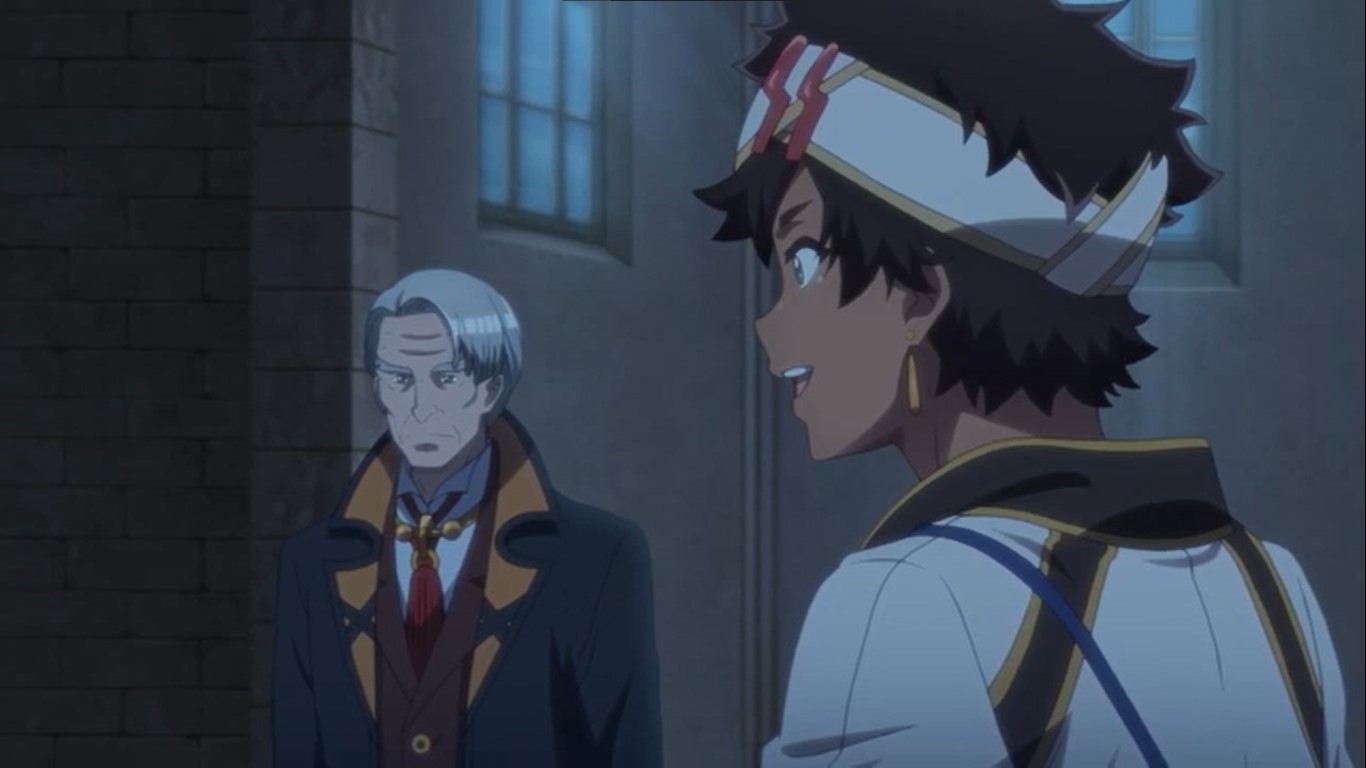 This season we don’t have many serious animes that will have you glued to the screens. At least the Spring 2021 season carries some consolation with it and has a lot we can look forward to. At first, it looked like this anime will be a delight, like one of the best anime with overpowered MC you should not miss. But it is not serious to that point as most events that happen are centered around humor. The anime managed to produce some interesting insight into this genre of anime in the similar way that “Welcome to demon school Iruma-kun did”

The next season of the anime hosts titles like My Hero Academia Season 5, and more, so it should be an interesting one. Getting back into the issue of the day, this anime has kept the same consistency from its first episode. With Lloyd appearing overpowered and demon lords, that causes trouble for the sake of humor. Then Lloyd will appear and clean them with his ancient runes, which will end it.

Suppose a Kid From Last Dungeon Boonies Moved to Starter Town Episode 10 will carry us through the remainder of the season. The episode will stream on Funimation with English subs.

The anime still follows the usual story development as usual. An event will prove dangerous, and then it will be solved in the most humorous way you can imagine. This time some evil priest wanted to weaken the powers of the chief of Kunlun. Kunlun appears as the prestigious nation where the most powerful mages reside. Lloyd comes from Kunlun, and as he is still a young citizen, he is not as powerful compared to the rest of the village.

But when he comes to the outside world, he appeared as the most powerful individual when he joined the army. And now, the seals that kept the magic powers of the chief of Kunlun appear to be a huge snake that resides at the bottom levels of a nearby dungeon. There was a quest to kill this snake monster, and Lloyd’s class was also involved and ready to take it out.

This would mean that as soon as the snake dies, then the chief of Kunlun will lose most of her magic, and then a coup would start. The chief appeared to be desperate and tried to beat Lloyd to the dungeon. Upon arriving at the dungeon, Lloyd realized that the snake there was after was an apprentice of him from childhood times.

He could not remember it as it happened when he was still very young. But to make things funnier, the priest managed to kill the snake but was surprised when the chief did not lose any powers. It turned out the cursed belt was woven from the snake’s scales. And right at the last moment, the snake transferred its consciousness to the belt.

Season 1 of the anime Ends

With only three more episodes left, the first season will end soon. It doesn’t look like something major will happen by then, so the next episodes will wrap up the season. Maybe by then, more updates will be published about the future of anime. This anime appeared as your average show, which seems interesting to follow. But for someone who is still new to anime or if you are looking for something else to watch, this one might not come off as interesting.

As one of the earliest anime for the year, it will be ending early as well. But we also have more anime episodes to look forward to this week. So you can get more updates: Anime news updated for the anime releasing new episodes throughout the week towards the weekend. Now we will see how this anime will wrap up things and open the way for others.