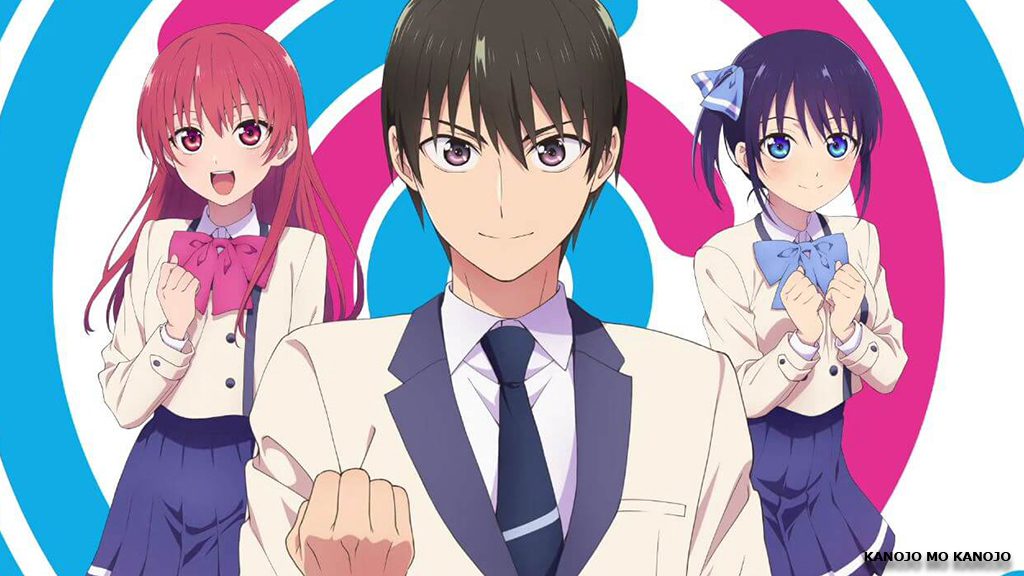 Want to watch an Anime Like Kanojo mo Kanojo? Hiroyuki created this Shonen series, and it began airing on July 3, 2021, and is currently ongoing. Whereas the manga began serializing on March 4, 2020, and still continues. On this journey of a boy being in a relationship with two girls and later getting attention from more girls. Otakus came along with some excellent characters, which hooked us to this series. If you also want to follow ‘Kanojo mo Kanojo,’ then you can watch the anime on Crunchyroll.

The story revolves around a high schooler, Naoya Mukai, who starts a relationship with his childhood friend, Saki Saki. But soon after getting into a relationship, his classmate, Nagisa Minase, also reveals her feelings for him. Naoya dates both the girls at the same time. However, things get chaotic when both the girls decide to live with him. Throughout the series, we witness them going through challenges in their love and school life.

This anime series presents us with a platter of school romance, harem, and laughter. Therefore, we are loving this ongoing series and waiting for new episodes every week. Further, fans have been looking for anime like ‘Kanojo mo Kanojo’ to kill some time until the new episode drops. However, if you want to watch a new anime but similar to anime like ‘Kanojo mo Kanojo’, then follow this article.

The Comic Artist and His Assistants 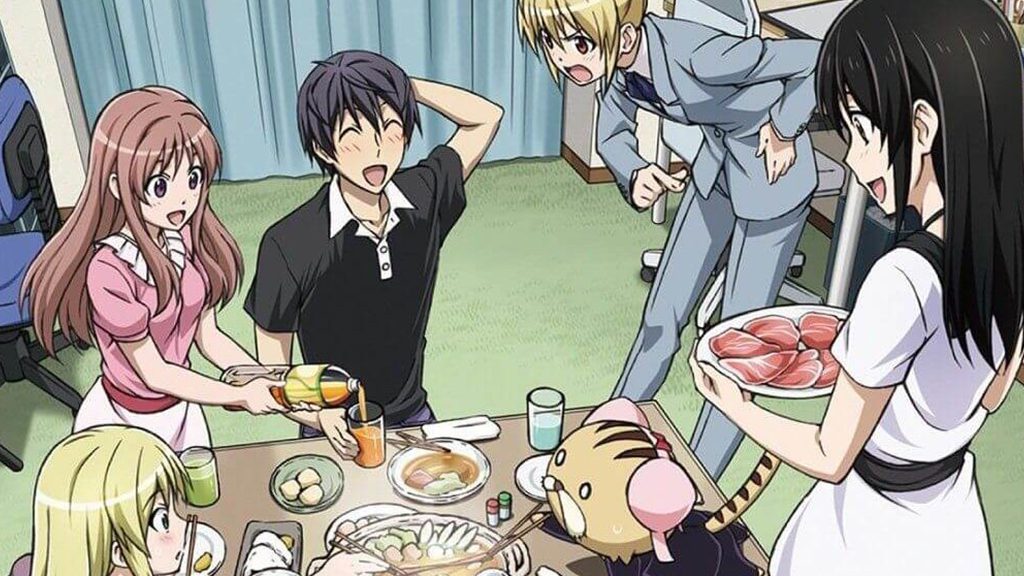 The Comic Artist and His Assistants

The story revolves around a perverted manga artist, Yūki Aito, who keeps having lewd thoughts about his assistants. He loves to draw women’s underwear and even has an enormous collection of pornographic magazines. His actions cause trouble for his three assistants: Sahoto Ashisu, Rinna Fuwa, and Sena Kuroi; and also his editor, Mihari Otosuna. If you are bored and want some dose of laughter, then this anime is perfect for you. However, this is so hilarious that it can cause your stomach ache because of laughing.

There is no doubt ‘Oreshura’ is an anime like ‘Kanojo mo Kanojo,’ as this anime also has a triangular school romance. This seinen anime began airing on January 6, 2013 and ended after 13 episodes on March 31, 2013. Yūji Yūji wrote the light novel on which it’s based, and the novel began serializing on February 15, 2011, and still going on. If you want to watch this funny shonen anime, then Crunchyroll is the place you need to visit. 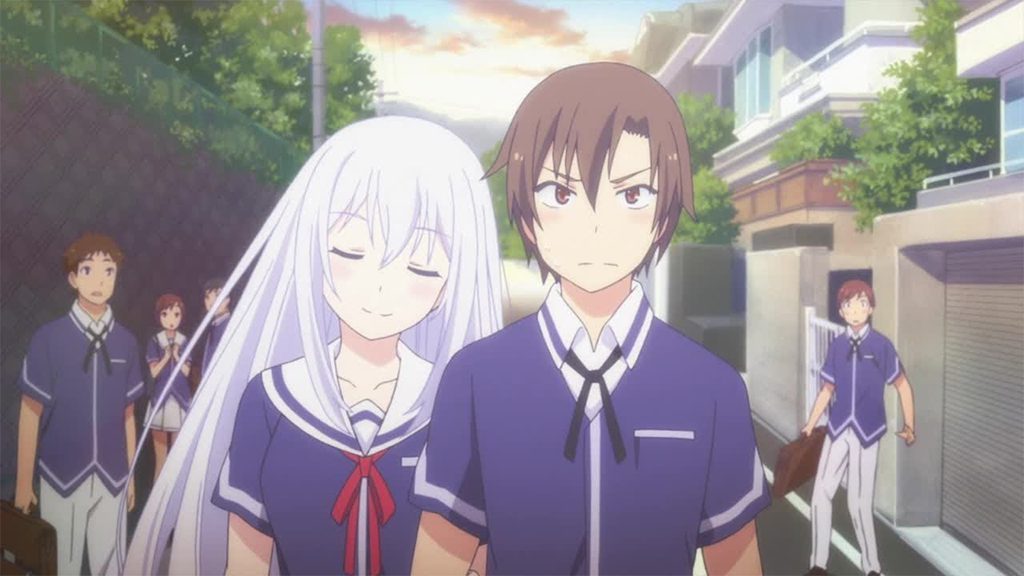 Oreshura follows a high school boy, Eita Kido, who had a tough childhood. His parents got divorced when he was young, thus wanting to stay away from romance. However, the school’s most beautiful girl, Masuzu Natsukawa, forces him to be in a name-only relationship with her. She wants to do so to stop being the center of attention. However, Kido being in a relationship with Masuzu lits a spark in his childhood friend, Chiwa Harusaki, who had feelings for Kido. Since the news of his dating, she also makes advances towards Kido.

This rom-com anime began airing on April 7, 2019, and ended after 26 episodes on December 29, 2019. Taishi Tsutsui is the creator of this shonen series. And the manga was serialized on February 6, 2017, and the final chapter came on December 21, 2020. It became a colossal hit among the otakus, especially among the teenagers, since the first episode. ‘We Never Learn: Bokuben’ is an anime like ‘Kanojo mo Kanojo’, and you should watch it. Therefore, you can visit Crunchyroll to watch this rom-com anime series. 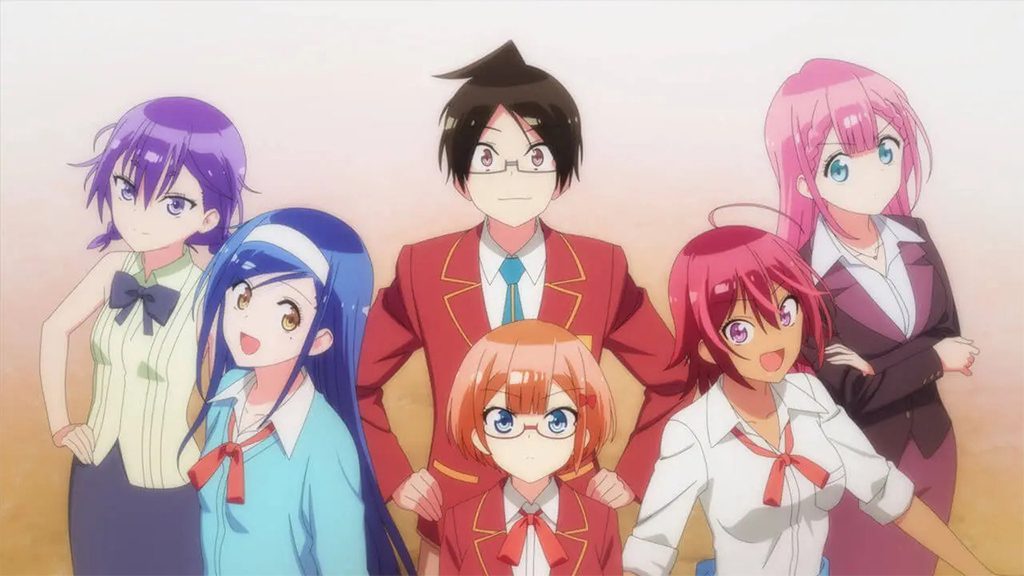 The story is about a third-year high school student, Nariyuki Yuiga, who needs to tutor three genius girls to get his university scholarship. However, while tutoring these three girls, he also needs to deal with these girls’ feelings. Because all three girls develop romantic feelings for Nariyuki. As the story continues, two more girls also join the lover’s quarrel to win Nariyuki’s heart. It is a joyride full of “kawaii” and laughter. And if you like ‘Kanojo mo Kanojo,’ then this anime is also meant for you.

This rom-com of a guy trying to take revenge on his first love for rejection, along with his childhood friend, is a creation of Shūichi Nimaru. The seinen light novel began serializing on June 8, 2019, and is still ongoing. Because of its success, an anime adaptation comprising twelve episodes aired from April 14, 2021, to June 30, 2021. Watch the school romance drama on Hulu or Crunchyroll. 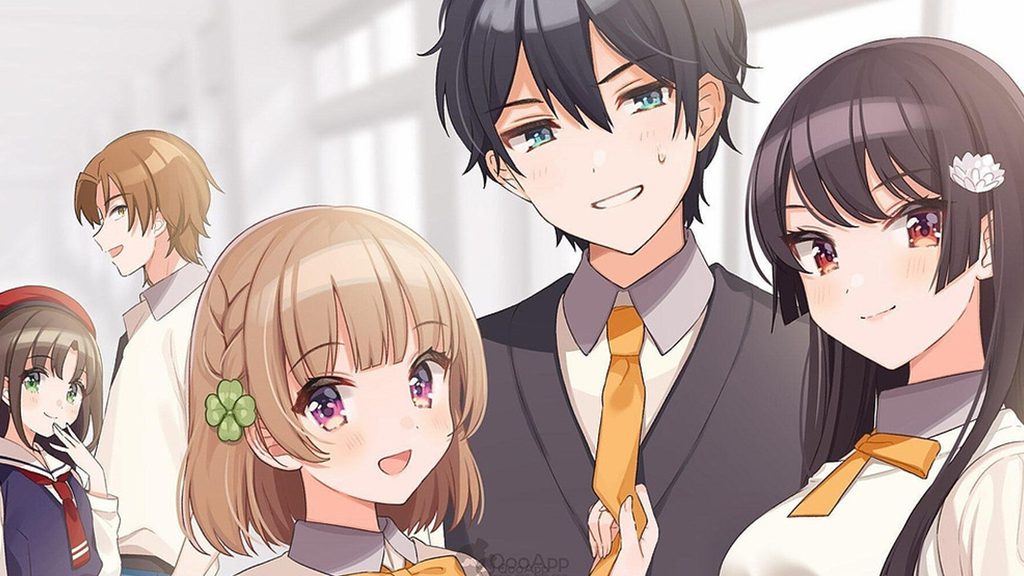 Sueharu Maru is a childhood film artist, but he quit his acting career and became a normal student after his mother’s death. He plans to propose his first love, Shirokusa Kachi, who is a beautiful high-school writer and doesn’t give attention to boys. However, she only interacts with Sueharu, making him feel having the advantage to win her heart. But he ends up heartbroken after finding out her having a boyfriend. But, his childhood friend, Kuroha Shida, offers to help him take revenge on Shirosuka. Further, Kuroha also loves Sueharu and even confessed to him, but he refused her for Shirosuka.

This high-school harem rom-com story about a boy tutoring quintuplets is written by Negi Haruba. If you are a fan of comedy harem anime series like ‘Kanojo mo Kanojo,’ then you would enjoy this masterpiece. The anime series aired from January 9, 2019, to March 28, 2019. Further, a sequel anime, The Quintessential Quintuplets ∬ aired this year from January 8 to March 26. Both the seasons have 12 episodes each. If you want to watch this hilarious anime, then visit Netflix. 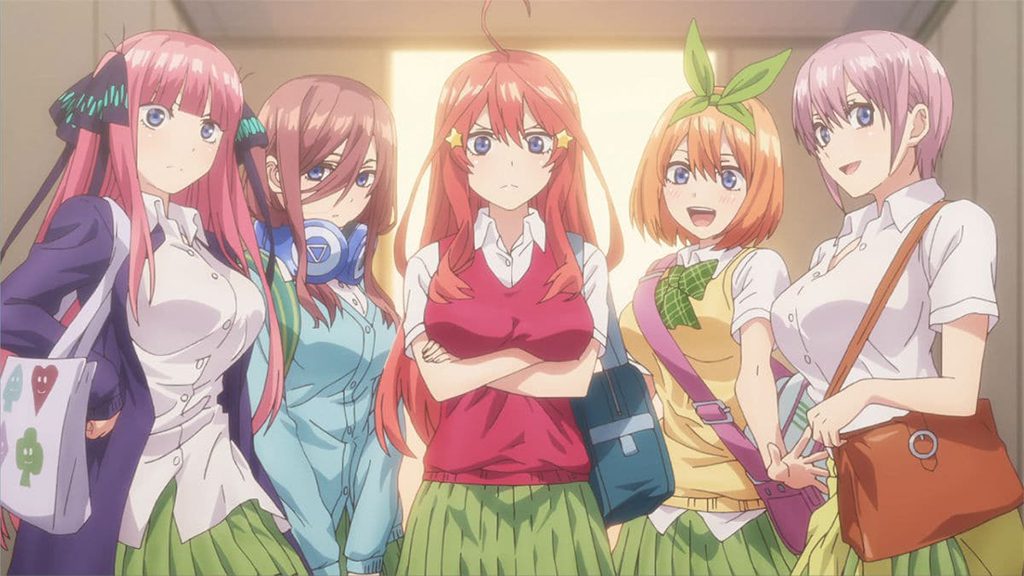 The story is about Futaro Uesugi, who is a genius high schooler who has a tough life because of losing his mother and his father having an enormous debt. Thus, he takes on the job of tutoring the identical Nakano quintuplet sisters because he will be highly paid for tutoring them. However, the girls have no interest in studying at all, and they also have poor grades. Some sisters even hated him and treated him like a stranger. But Futaro makes those girls finally study to improve their grades while dealing with their unique personalities. Throughout the series, Futaro develops special bonds with the sisters. Even in a fast-forward episode, it was revealed to him marrying one sister.

If you think having a triangular romantic relationship is weird, then imagine having a rented girlfriend who doesn’t have any romantic feelings for you. Then watch ‘Rent-a-Girlfriend‘ on Netflix or Crunchyroll. Reiji Miyajima created this shonen series; the manga began serializing on July 12, 2017 and is still ongoing. Further, an anime adaptation series aired from July 11, 2020, to September 26, 2020, comprising 12 episodes. Further, a second season will release in 2022. 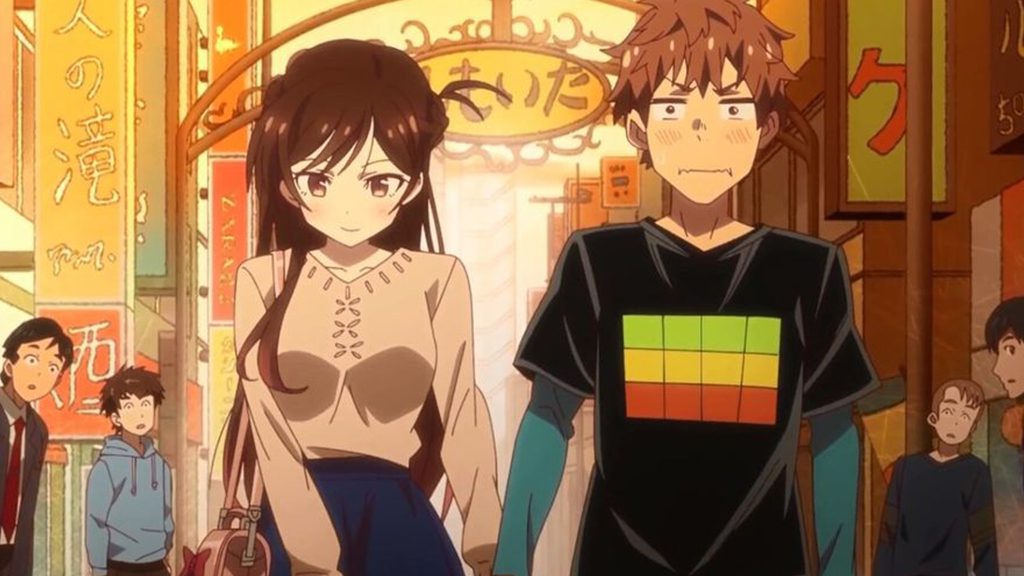 The story is of a 20-year-old college student, Kazuya Kinoshita, whose girlfriend dumped him after a month of dating. Heartbroken, Kazuya ends up on an online dating app, where he rents a girlfriend for one day. Chizuru Mizuhara is a beautiful and attractive girl, but she’s a rented girlfriend. Therefore, she treats Kazuya on the date very politely. But, Kazuya thinks it’s all fake and gives her a poor rating. Therefore, on their second date, Mizuhara behaves rudely with him. But she also goes with him to the hospital to meet his sick grandmother.

Kazuya’s grandmother was happy to meet his “girlfriend”. So Kazuya keeps hiring Miuhara to make them happy. But soon, he finds out that Mizuhara goes to the same college as him and also his neighbor. Things get more complicated and interesting when Kazuya’s ex and more rental girlfriends enter his life.