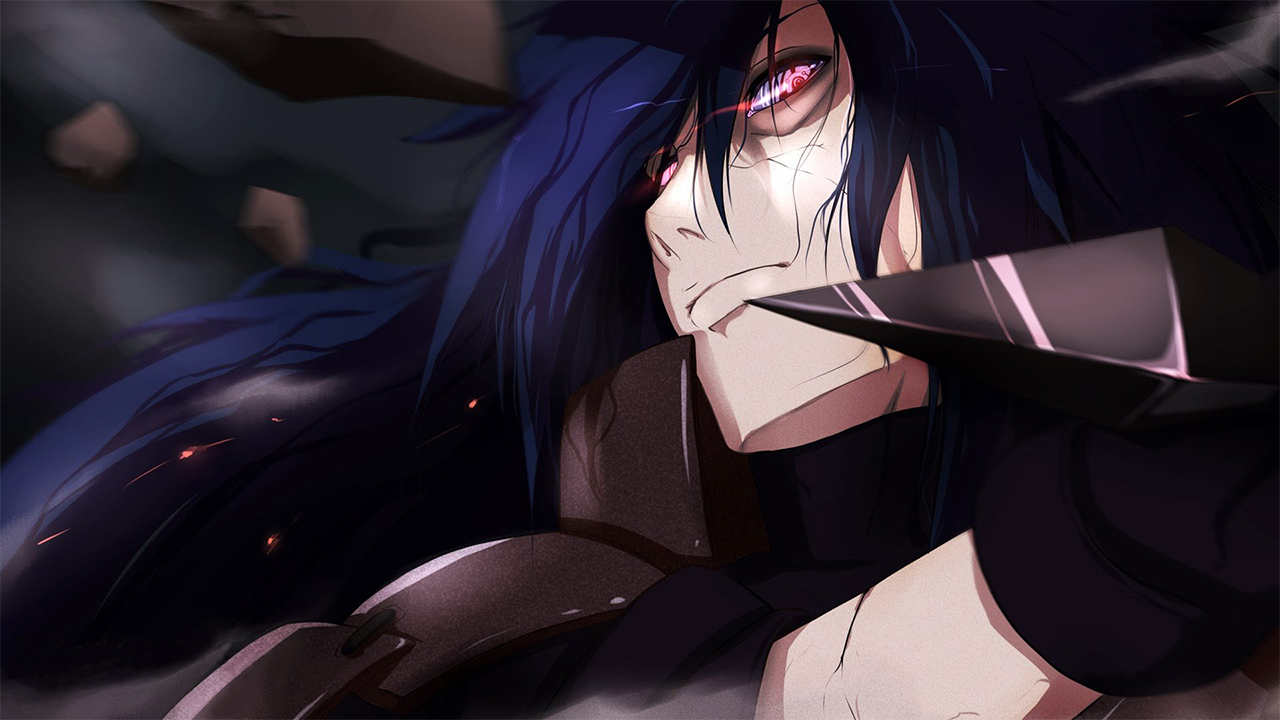 Madara Uchiha, a legendary shinobi who could level entire armies all by himself. Madara is the iconic antagonist from Naruto, a show all about Ninjas and their ways. He planned his siege and the war for his ultimate goals years ahead. Not only was he strong enough to stand tall against the whole allied Shinobi force, but he also defeated all the five kages together going as far as splitting Tsunade in half.

Madara was a true force of nature. So much so that his name made people tremble and thin again before attacking. That was exactly how Obito was able to strike fear in the hearts of his enemies, simply by posing as Madara. No one can deny he is one of the strongest characters in all of anime. However, there are also those who can defeat Madara quite easily. Here is a list of 10 anime characters who could solo Madara with little effort. 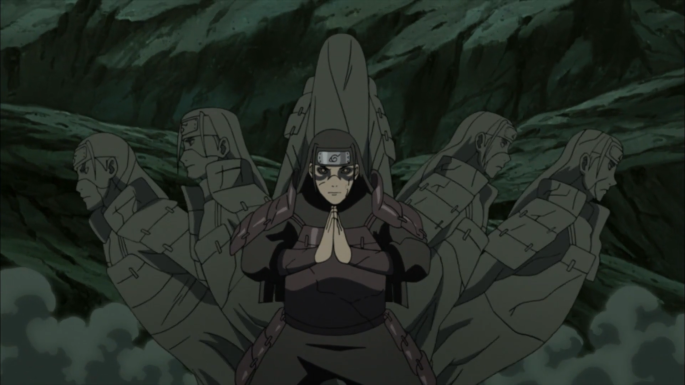 Starting off the list, we have none other than Madara’s own lifelong nemesis, Hashirama. The fights between the two of these literally set up the entire Naruto verse. Hashirama was also someone who barely needed an army to back him up. Soldiers from either side used to scurry away while these two exchange god-level blows. Hashirama would use his massive Wood Golem to counter Madara’s Susanoo. While the two are almost as powerful as each other, with his Sage Jutsu and tons of chakra, Hashirama prime comes out on top every time. 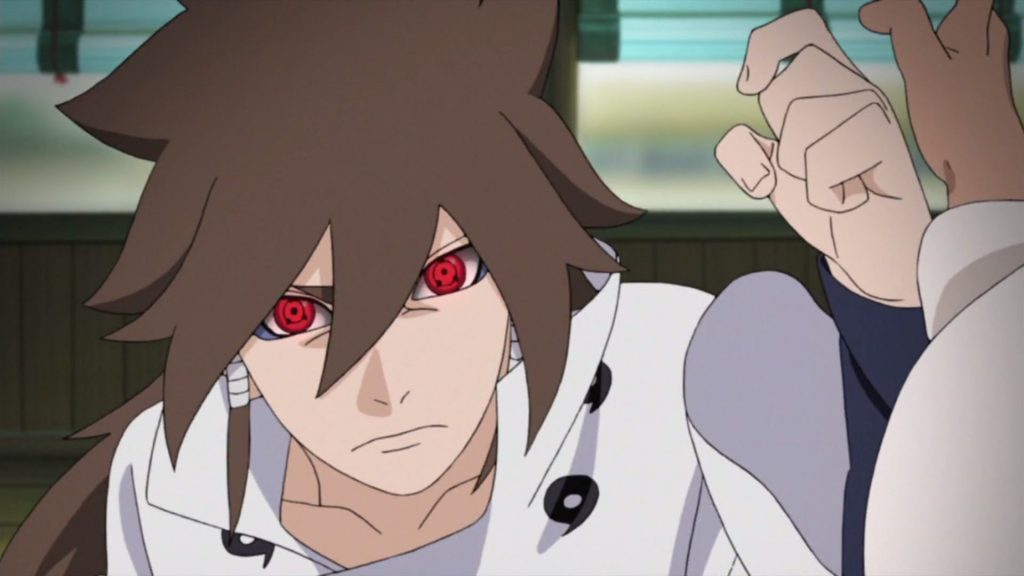 At number 9, we have Indra. Madara is the reincarnation of Indra. He was the son of Hagoromo Otsutsuki who was responsible for creating the ninja world. Being the son of such a powerful being, Indra inherited the eyes of Hagoromo. His chakra is passed down every generation even after his death. His current reincarnation is Sasuke Uchiha. Doubtlessly, since he is the true source where Madara’s power comes from, he can finish him off quite easily. A fight between Indra and Madara would end quickly with Indra erasing him from existence in no time. 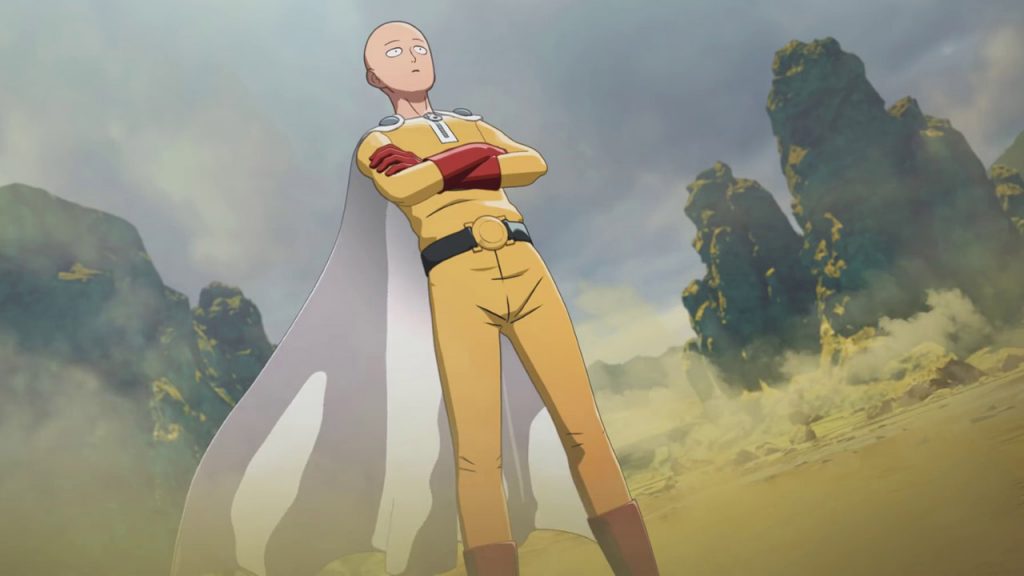 Let’s admit it, Saitama is a satiric character. He wins by default because he was created to be the strongest. However, Madara won’t go down as easily as the rest of Saitama’s foes and finally, he would get a worthy opponent to fight. Their battle would probably destroy most of the world if not all of it. But being a satiric character created solely for being strong and funny, Saitama would win with a series of many serious punches. 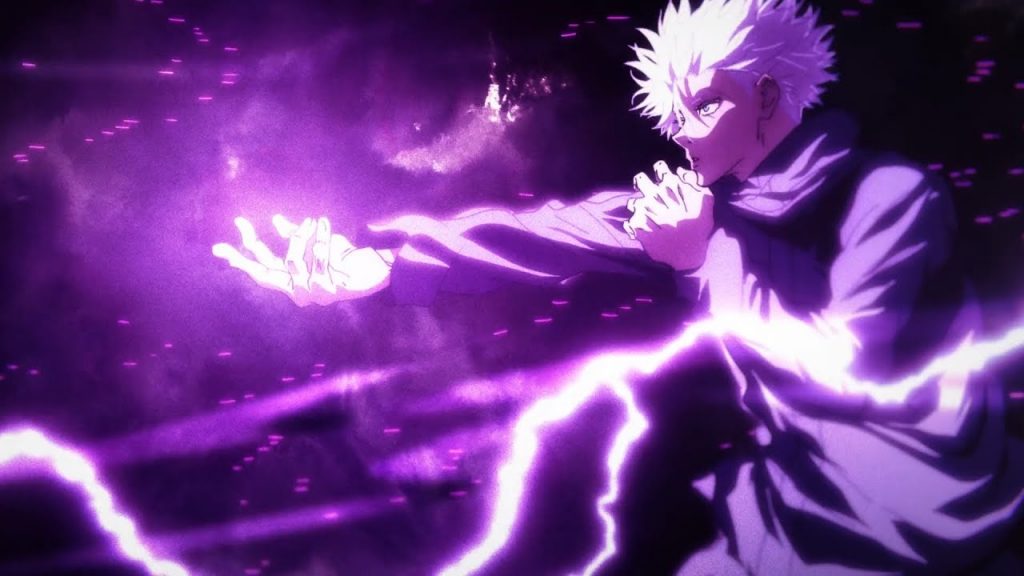 Gojo is a master sorcerer. He is the strongest character from Jujutsu Kaisen, an anime all about demons, monsters, and manifestations of evil. Gojo can bend time and space to his will with his attacks. He can slow down things to an extent where they won’t ever reach him. He could easily stop Madara in his tracks and flatten him before he finds out. 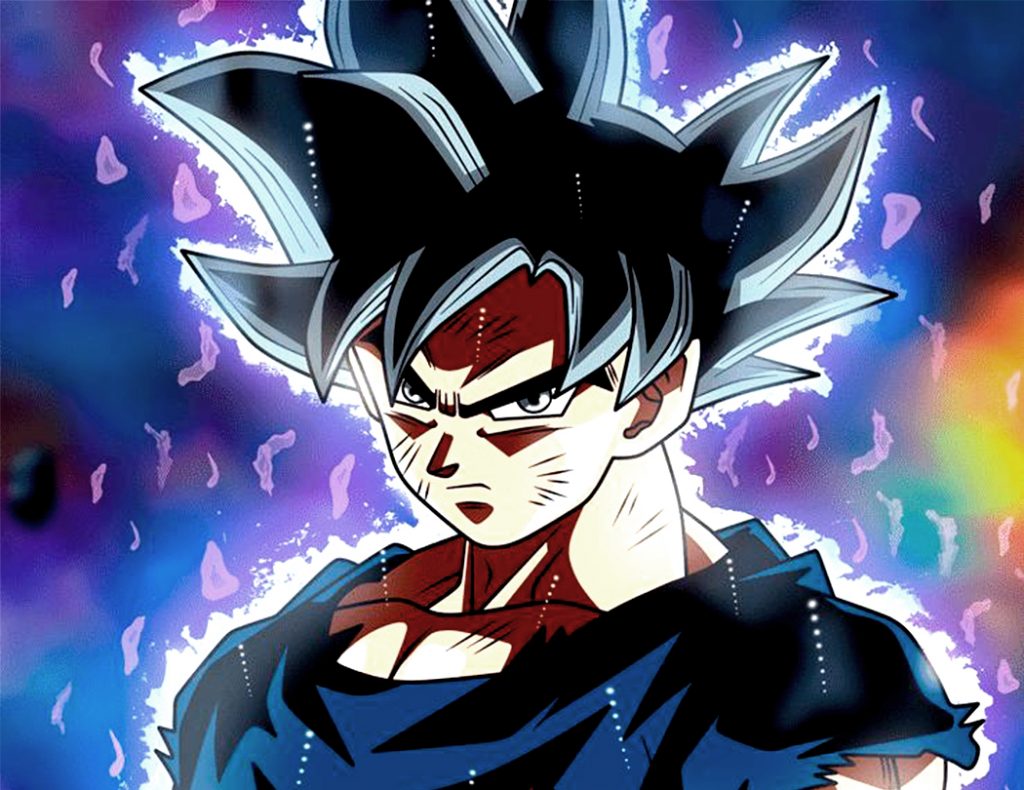 Goku had to be on this list. In fact, he has to be on any list that talks about incredibly powerful anime characters. Goku can destroy planets and stand the harshest of blows. He has trained for ages and defeated enemies on the brink of death. Moreover, he has literally run back to life to continue on his path to becoming the strongest. Madara can destroy a good part of the world himself. But his powers don’t come close to Goku’s. Goku is also a lot faster than him and so, even with his Rinnegan, Madara won’t be fast enough to dodge or avoid him. He couldn’t even avoid Guy’s final Death Gate attack despite being in Six Paths Mode. And if that’s his situation, he stands no chance against someone like Goku. 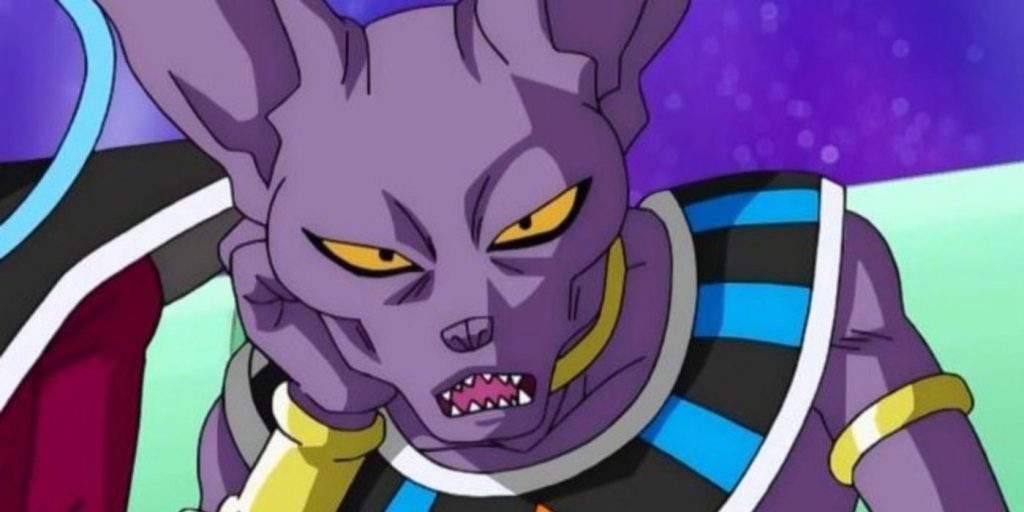 Another entry from the Dragon Ball universe. Beerus is a famed God of Destruction. The name itself indicates how strong he is. Beerus can not only destroy planets but whole solar systems. He can defeat the likes of Goku and Vegeta with the slightest touch of his finger. He managed to devastate a planet with a simple tiny drop of energy from his finger. This power is overwhelming and mind-numbingly strong. If Madara can’t defeat Goku, then he can’t even reach someone like Beerus. 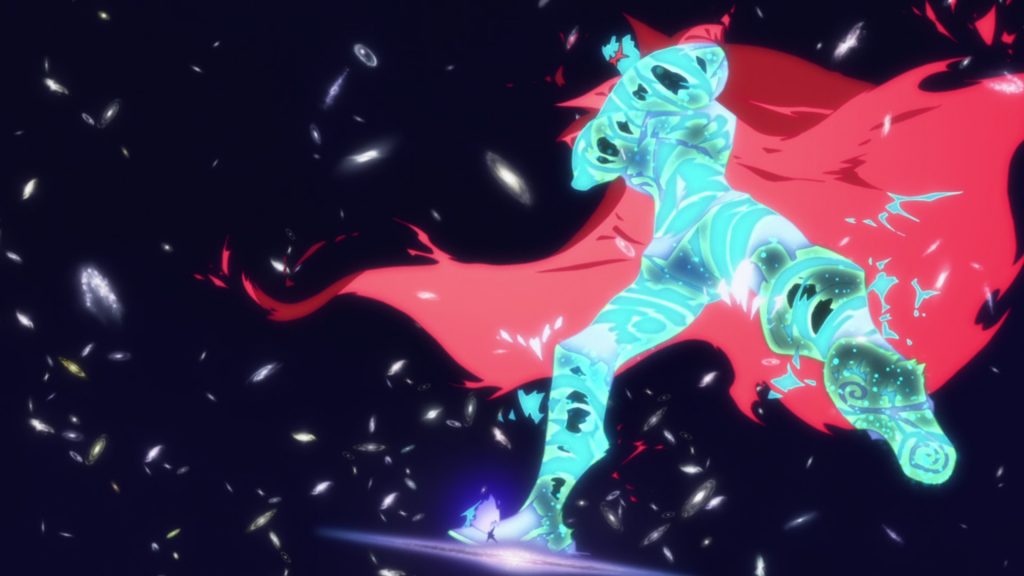 At number 4 we have the great armor from the Gurren Lagann series. STTGL is too big. It is in fact, bigger than the observable universe itself. Up against something with this sheer size, Madara is nothing but a spec of dust in a galaxy of billions. If that wasn’t enough, STTGL also has a drill 180 times bigger than its own size. Not that it would need to use it, but Madara would know that he is no match for a being this massive. He’d be smart to stay on Earth and battle other shinobi instead. 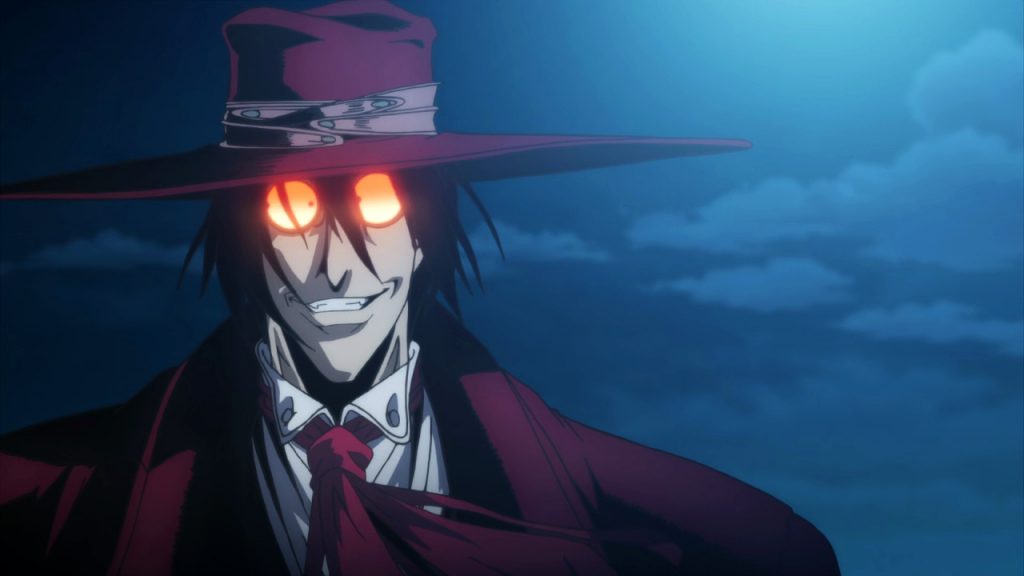 Alucard is the protagonist of the Hellsing series. He is omnipresent, has an entire army ready to take on his command inside his body. He can shapeshift, use telekinesis, and he does not age or become sick. He is highly durable and can survive the worst blows with little effort. He can become intangible hence allowing objects to pass straight through him. All in all, Alucard is an insanely powerful Vampire who cannot be killed. At least not easily. And certainly not by the likes of Madara. Alucard would make Madara bite the dust easily. 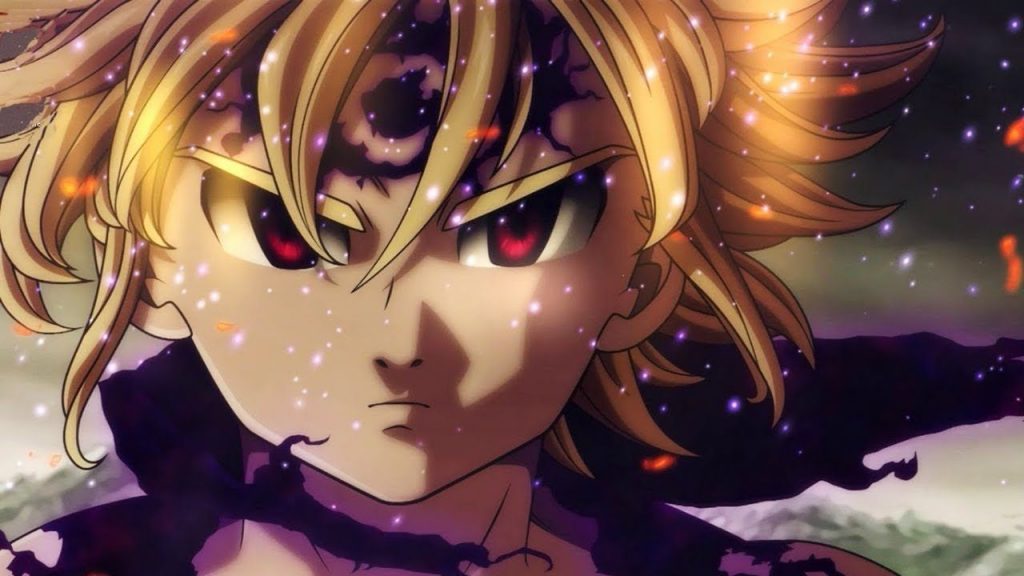 From the anime Seven Deadly Sins, we have the Dragon’s Sin of Wrath, Melodias himself. Melodias is powerful, no two ways about it. He sports what looks like a broken blad and is hundreds of thousands of years old. In spite of his great age, he has not physically aged at all. His ultimate capabilities are still being kept from the fans but even at the stage he is, Melodias could easily stomp Madara and emerge victorious with his insane power levels and speed. 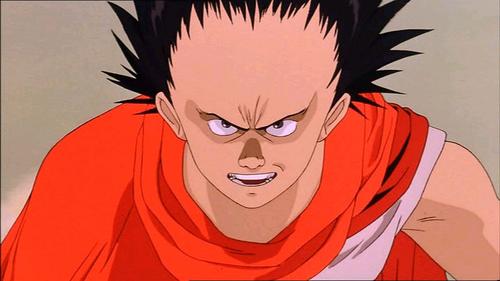 And finally, from the Devilman Series, at number 1 we have Tetsuo Shima. Tetsuo is a powerful psychic who can do damage far above the physical realm. Once, he escaped from Earth to restrict himself to a zone outside time and space. All so he could stop the universe from being destroyed because of his leaking psychic powers. This even inevitably gave birth to a whole new universe! To go up against someone who can unconsciously create and destroy whole universes is not smart for Madara as he would be ruined in no time.

So these were the top ten anime characters who could easily take down Madara Uchiha in battle. Do you agree with the list? Let us know in the comments.