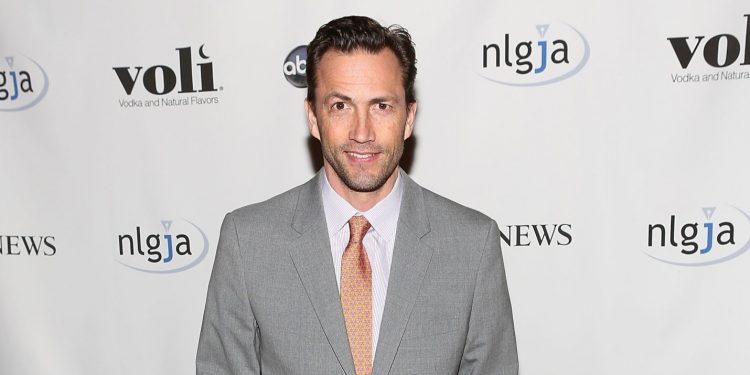 Andrew Eppley Shue is a famous American actor best known for his role as Billy Campbell on the television series titled Melrose Place. For a short time, he was also a professional footballer. Andrew Shue is a well-known and talented actor and athlete in the Hollywood film industry and the world of sports. Shue was born in Wilmington, Delaware. His mother, Anne Brewster, was a bank manager and had been vice president of the private division of Chemical Bank Corporation. Whereas, his father, James William Shue, was a lawyer and real estate developer who was president of the IFBC International Food and Beverage Corporation and who became involved in Republican politics after running for the US Congress in New Jersey. Do you know what Andrew Shue’s Net Worth is?

Andrew Shue’s mother was a descendant of Pilgrim leader William Brewster, whereas his father was a German-born Pennsylvania native. For his education, Shue attended Columbia High School in Maplewood, New Jersey. In the year 1994, he was honored along with his sister in the CHS Hall of Fame. Also, Andrew Shue was a regional All-American footballer at Dartmouth College while still in high school and spent the winter studying and playing football for Queen’s Park FC in Glasgow, Scotland. Shue holds a bachelor’s degree from Dartmouth College in History in the year 1989. After completing his graduation, he moved to Zimbabwe, where he played football and taught mathematics at Founders High School.

How much is Andrew Shue’s Net Worth? The American actor, athlete and entrepreneur “Andrew Shue” earns an estimated net worth of $100 million. Andrew Shue is perhaps best known for his role in the ’90s drama Melrose Place. He is also the co-founder of the media company Internet Cafe Media. Shue is also one of the co-founders of the social networking site CafeMom and is a member of the board of Do Something.

In mid-year 2013, it was reported that Shue and his wife had rented a plywood townhouse in Manhattan’s financial district. This apartment has five bedrooms and five and a half bathrooms and measures over 3,100 square feet. This apartment also has a private lift that allows you to reach the three floors of the apartment. The couple reportedly paid $16,800 a month in rent.

How Did Andrew Shie Make His Fortune?

Shue had portrayed his role as Billy Campbell in Aaron Spelling’s soap drama Melrose Place in May of the year 1992. He played the role of Courtney Thorne-Smith, with whom he ended up dating. Shue has been appearing on the show regularly for six years. During this period, he starred as an abusive spouse alongside Matt Damon and Claire Danes in Francis Ford Coppola’s film titled The Rainmaker.

He also worked on the feature film named “Gracie” along with his sister Elizabeth, brother John and brother-in-law Davis Guggenheim, and the Oscar-winning filmmaker of “An Inconvenient Truth” in the year 2007. This movie was dedicated to Will Shue, Shue’s siblings, who died in a car accident in the year 1988. Elizabeth’s upbringing when she was a single girl on the football team for all boys was based partly on the story.

Shue was a member of the Bulawayo Highlanders during his stay in Zimbabwe. That season, the Highlanders won the Zimbabwe Premier League and the CBZ Cup. Andrew was the only white player in the Zimbabwean Premier League at the time. In September of the year 1993, he appeared in a game for Los Angeles United in the Continental Indoor Soccer League. Andrew also appeared in two games for the Anaheim Splash in July 1994. Shue had also played for the Los Angeles Galaxy of Major League Football in the year 1996 while still at Melrose Place and has assisted one record in five games. He was reserved for injury throughout the 1997 season.

Shue had co-founded DoSomething along with his childhood best friend, Michael Sanchez. Andrew, as of now, serves as a member of the company’s Board of Directors. Shue and Sanchez together had also co-founded CafeMom, a social networking site, in 2006. CafeMom is a community where mothers come together for advice and support on topics such as pregnancy, health, fashion, food, entertainment, and more.

Andrew and Michael point to something that few men understand – that most moms control the world and are great at trying new products, services and telling others about them. Highland Capital Partners and Draper Fisher Jurvetson are the leading investors. Also, the website is a place where mothers can interact and share tips and ideas. His career as an internet entrepreneur overshadowed his acting work almost entirely, making CafeMom one of the most famously popular sites on the internet for women in terms of page views.