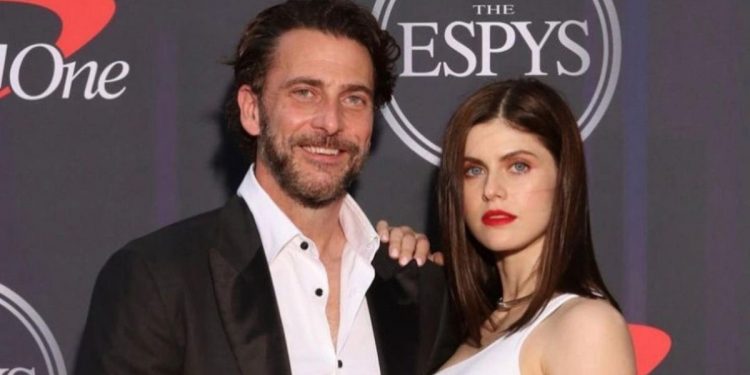 The producer has been notoriously private about his personal life. However, he is reportedly dating one of the leading stars of the industry. Not only that, but the relationship has been confirmed by his mysterious ladylove as well. Andrew Form caught the attention of the paparazzi after he was reportedly dating Baywatch star, Alexandra Daddario! Let us take a look at all the details and lesser-known facts regarding Who Is Andrew Form Dating?

Who Is Andrew Form Dating?

Andrew Form is dating popular actress Alexandra Daddario. While the two have not opened up much about their relationship, they did confirm it by making a red carpet appearance together. Andrew and Alexandra made their red carpet debut as a couple in July 2021 at the premiere of the HBO hit series The White Lotus.

Daddario made the relationship Insta official back in May when followers got to see the mushy back and white pictures of the two on social media.  The couple later made their second red carpet appearance at the ESPYS. The Songbird actress was earlier linked to co-star Zac Efron. The actor later cleared the air by stating that they are nothing but good friends. While the actress has been romantically linked with a few men earlier, it seems like Daddario found her happily ever after!

Also Read Who Is Alexandra Daddario Dating, Whom Did She Refer To In Her Recent Instagram Post?

Congratulations are in order as The White Lotus star Alexandra Daddario is engaged to her beau Andrew Form. The actress went public with the whirlwind relationship after six months of dating. Media tabloids soon learned about the engagement after Daddario was seen sharing some images of herself in a bathtub while she was posing for an at-home photo shoot. The two will soon be exchanging wedding vows. While most of the details about it have been kept under wraps, the couple surely loves to indulge in their fair share of PDA on social media.

The actress was earlier seen wearing that massive rock on her finger while taking a stroll in Los Angeles. Engagement rumors started doing the rounds right from October when fans saw a close-up picture of herself while reading lines for an upcoming project. She has called Andrew the most formidable love of her life while admitting that she couldn’t be luckier. The star has further thanked Andrew for taking the worst moments and soothing them. In a lengthy post, Daddario seemed to pour her heart out for her man,

Was The Movie Producer Married Earlier?

The producer was previously married to Jordana Brewster. The former pair met for the first time while filming for the Texas Chainsaw Massacre: The Beginning. The two soon hit it off and were soon engaged in 2006. The two tied the knot within a year in 2007. The two have two boys together. Fans have seen Jordana in the hit movie Fast and the Furious. Jordana later opened up about the split, saying that a busy work schedule led the two to drift apart. They were growing apart, and it was emotionally strenuous until they decided to move on for good.

However, marital bliss came to an end as Jordana soon filed for divorce in 2016. After a long court proceeding, the divorce was finally finalized in 2021. Now, Andrew Form is engaged to Alexandra Daddario after dating for a while now. We wonder when the producer will come forward to make an official announcement about the engagement. The newly engaged Daddario recently attended a Dior party while celebrating the fashion house as she was wearing a Dior dress with a classic black coat. The actress has as all glowing as she was looking stunning like ever.