Where is And Just Like that Filmed? Take out your cosmos! Sarah Jessica Parker confirmed that an official Sex and the City reboot is on the way! You might be curious about And Just Like that Filming Locations. The original series aired on HBO from 1998 to 2004, lasting six seasons and 94 episodes. The sitcom, which starred Carrie Bradshaw (Parker), Miranda Hobbs (Cynthia Nixon), Samantha Jones (Kim Cattrall), and Charlotte York (Kristin Davis) as best friends in New York City, has achieved a total of 54 Emmy nominations. It also won seven along with that. It achieved 24 Golden Globe nominations and won a total of 8.

The Filthy Rich actor has been open about his desire to leave the franchise over the years. Even calling out Parker in 2018 for being “mean.” Following the resurrection announcement. However, the Hocus Pocus actor expressed her thoughts on filming the new program without her, stating that she would miss her on set.

Sex and the City will be returning to our screens after years of conjecture and recent reports. Yes, you read it correctly: HBO Max will air a reboot of the series named And Just Like That. “I grew up with these folks, and I can’t wait to see how their story has progressed in this new chapter,” Sarah Aubrey, HBO Max’s president of original programming, said in a statement to Deadline.

And Just Like That is filmed in New York. With that, “Sex and the City” returns to the airwaves! (Did it really go away?) In recent weeks, the cast of the upcoming revival series “And Just Like That Filming Locations…” have been sighted throughout town filming the much-anticipated revival. 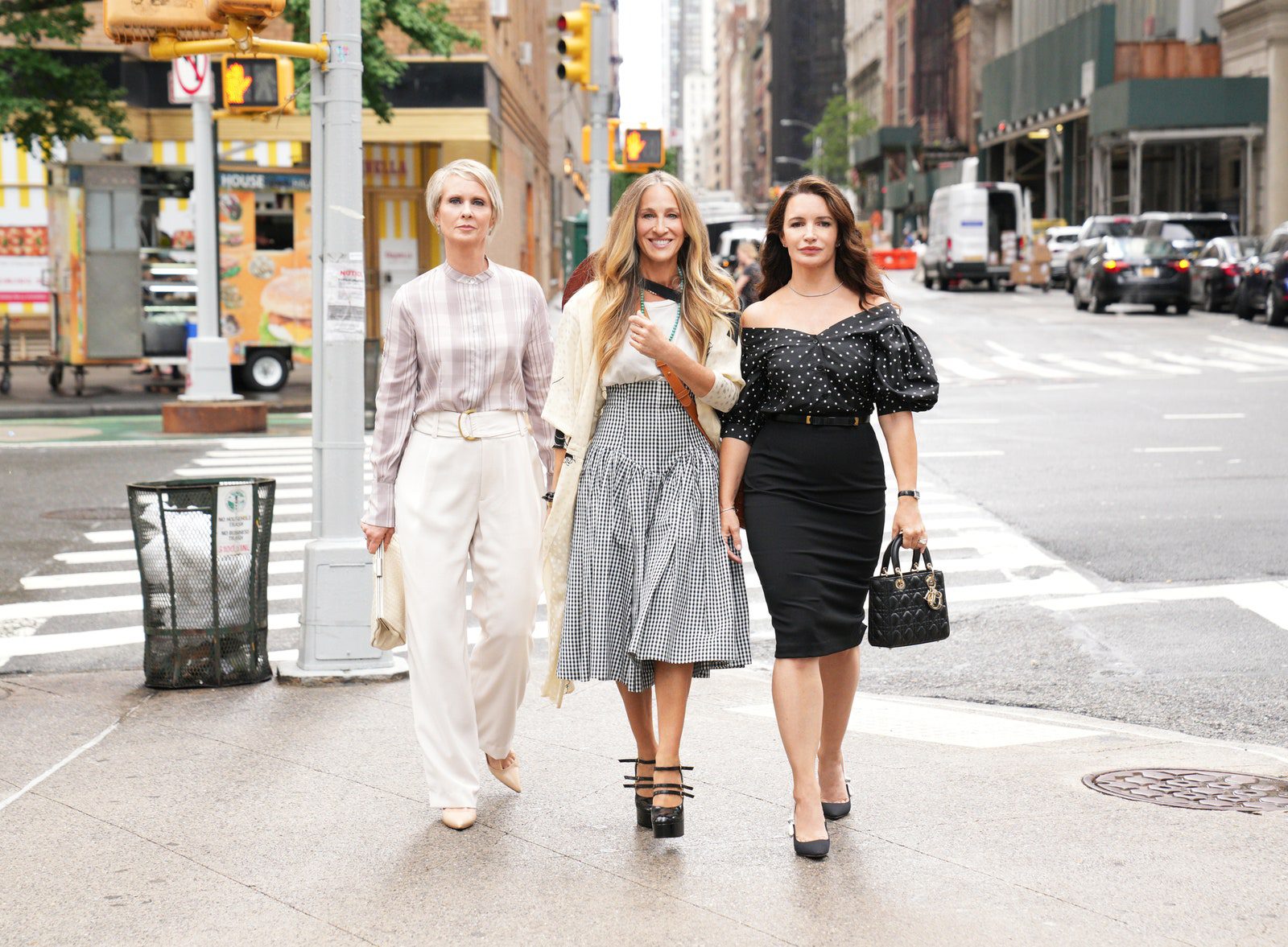 Sarah Jessica Parker and Cynthia Nixon have both been spotted filming this week, with Parker at the Whitney Museum and Nixon at the East Pole on the Upper East Side. Kristin Davis has also been seen filming solo scenes with a bulldog in tow. HBO Max also released a first-look image of the three stars.

Nicole Ari Parker, Sarita Choudhury, and Karen Pittman are the latest additions to the cast of the series, which also include Sara Ramirez, Chris Noth, Mario Cantone, David Eigenberg, Willie Garson, Evan Handler, and others.

The series was given the go-light in January following speculations of its comeback. It would allegedly follow Carrie, Charlotte, and Miranda as they navigate love and friendship in their 50s. The first ten half-hour episodes will be shot throughout the City during the summer. The casting crew is the Telsey Office.

Also Read: Where is Gleaming The Cube Filmed? All The Filming Locations

In December 2020, it was rumored that a relaunch of the original series was in the works at HBO Max, potentially sans the return of Kim Cattrall’s character, Samantha Jones. And Just Like That… was confirmed by HBO Max in January 2021 as a limited series revival consisting of ten half-hour episodes.

Executive producers will also include Rottenberg and Zaritsky. Patricia Field, the long-time series costume designer and collaborator, also indicated that she would not be returning to work on the revival. She did, however, recommend her friend.

Where and when can you watch it?

And Just Like That… will be available to watch on HBO Max, and not just since the original series aired on HBO from 1998 to 2004. The much-anticipated reboot of Gossip Girl is also airing on HBO Max. According to Deadline, production on the Sex and the City limited series will begin in the spring of 2021, despite the lack of a release date.

Also Read: Reminiscence Filming Locations: Where Was The Movie Filmed?

The first look at Sex and the City’s impending sequel, And Just Like That, has arrived, and we’re more eager than ever.

Only a few weeks ago, Sarah Jessica Parker provided a behind-the-scenes glimpse at returning performers Kristin Davis and Cynthia Nixon, as well as newcomer Nicole Ari Parker, in a blink-and-you’ll-miss-it clip from the upcoming revival.

Sex and the City fans have been treated to a stunning new video featuring Carrie Bradshaw, Charlotte York Goldenblatt, Miranda Hobbes, and Chris Noth’s Mr. Big back in action as the platform prepares for an exciting schedule of new releases.

Here’s a look at the teaser for “And Just Like That.”