Disney’s Amphibia Season 3 episodes 3 & 4 release date are our focus of attention today here at Otakukart. Firstly, if you are not familiar with this animated series, it tells the story of a 13-year-old girl who travels with her friends to a wild world full of amphibian creatures. Suddenly, the girls are involved in the world of these creatures and begin to interact with them. As the seasons progress, the creatures move from the fantasy world to the real world where the girls live.

Amphibia managed to position itself as one of the most popular shows among the segment. Moreover, the show has a lot of acclaim after three seasons. But only a few episodes of the third season are aired right now. In consequence, many followers want to know about the upcoming episode’s release date. So, in this article, we plan to share some insight as to when do they release.  In May, the second season wrapped up in Disney, and the network confirmed the third season. Now jump with us as we share with you Amphibia’s season 3 episode 3 and 4 release date here at Otakukart. Let’s begin!

If you want to watch the unique adventures of Anne after she discovered the box that took her to Amphibia and her magic kingdom of talking frogs. Disney Plus is the website you want to go to. Firstly, Disney Plus has the first two seasons of Amphibia there for your streaming pleasure. If you want to watch the third season. You are going to have to wait for a little. As there is a delay between the airings of this show and its upload to Disney Plus. But if you’re new to the show and wish to catch up, the Disney streaming platform is your best bet.

The tale follows Anne Boonchuy, a self-centered 13-year-old who is mysteriously transported to the fictional realm of Amphibia, a rural marshland teeming with frog-people and frightening animals. Anne will become a hero and find her first real friendship with the assistance of an exuberant little frog called Sprig Plantar. Season two sees Anne and the Plantars leaving the comfortable confines of Wartwood for the faraway metropolis of Newtopia on a mission to unravel the secrets of the music box.

As they continue their quest for a means to bring Anne home, they will explore exotic new places, discover buried truths, and experience unexpected reunions. The third season sees Anne and the Plantars transferred from Amphibia to her hometown of Los Angeles. Here, the frog family will have to learn about contemporary life and attempt to find their way home – all while concealing their identity as talking frog people with the assistance of Anne’s parents. 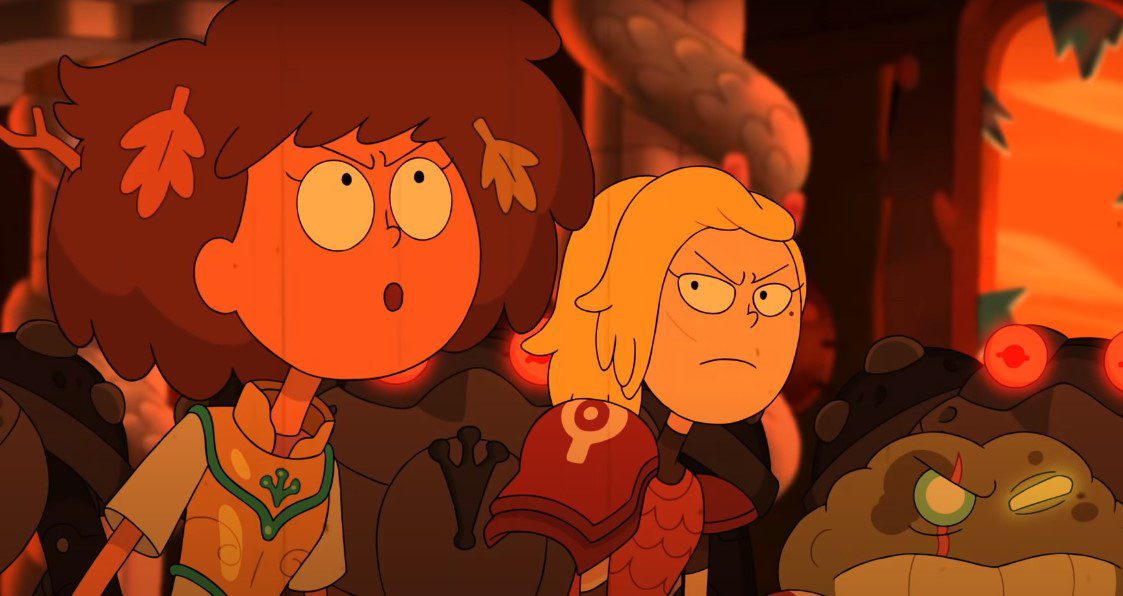 When Anne and the Plantars arrive in Los Angeles, they immediately go to the former’s home. Mr. and Mrs. Boonchuy are relieved yet startled by the previous happenings over the last five months. At the same time, they attempt to keep Anne safe. They see that she has grown much and even allow her to carry the Plantars to the market with them, albeit disguised. Meanwhile, in Amphibia, while Marcy is in stasis, Andrias sends a drone to Earth to locate and murder Anne.

The drone utilizes its cloaking abilities to target Anne and the Plantars in the market, but they fight back quietly. After the Plantars are in danger, Anne fires her blue gem energy, destroying a portion of the drone as it escapes. Following that, the Boonchuys praise Anne for her maturity. While the drone, which is repairing its body, resolves to double its attempts to murder Anne at any cost. With this, we conclude our coverage of Amphibia season 3 here at Otakukart. Thank you for reading this article, and please keep coming back for more daily updates.