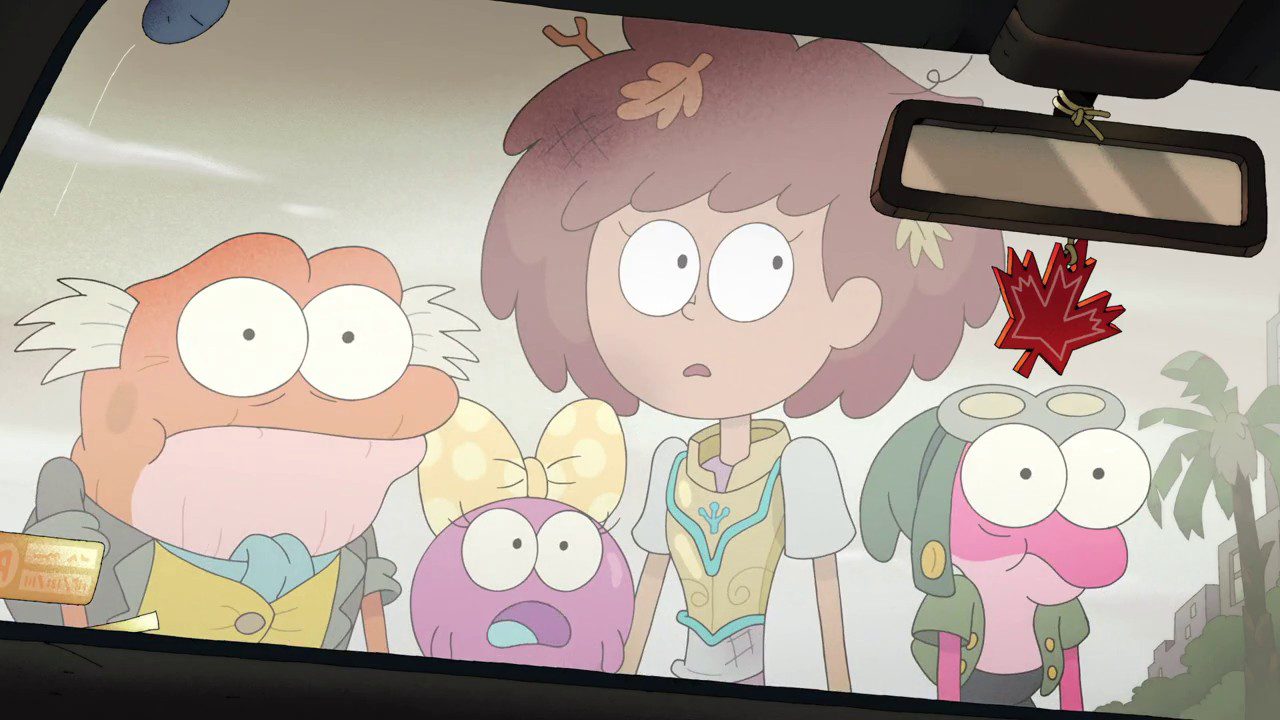 Amphibia Season 3 Episode 1 may have us watching two sides of the things. First of all, Anne and her friends are not together anymore. While half of them are stuck in Amphibia, Anne finds her way into the human world. Joining her are Sprig, Polly, and Hop Pop. On top of that, the question remains if it’s the last time Anne saw Marcy, Sasha, and her friends of Amphibia. So here is what went down. After a long-fought battle, the team had their hands on the music box, and all they had to do was give it to King Andrias. In turn, he may forgive Sasha and Grimes for their past.

So the plan was simple until there were few takeaways. Sasha decided to back off from the mission and instead chose to stay in Amphibia rather than going home. She also took away the music box and the throne of Newtopia from King Andrias. But was that all she did? Anne may have thought that her friend betrayed her. At the same time, she failed to see the bigger picture that something was fishy about King Andrias and Marcy too. Here is a complete breakdown of what went down in the finale of the show’s past season and what we can expect from the coming Amphibia Season 3 Episode 1.

Last time on Amphibia, we opened up with Marcy discovering a mysterious book about magic at the library. It told her about “Calamity Box,” which pretty much transfers you into other worlds. She takes a picture of the same to remember before leaving for Anne’s birthday and comes across the box again at a shop. Several months into the future, she and her friends are in Newtopia with a music box. They are finally ready to give to King Andrias and return to their home. 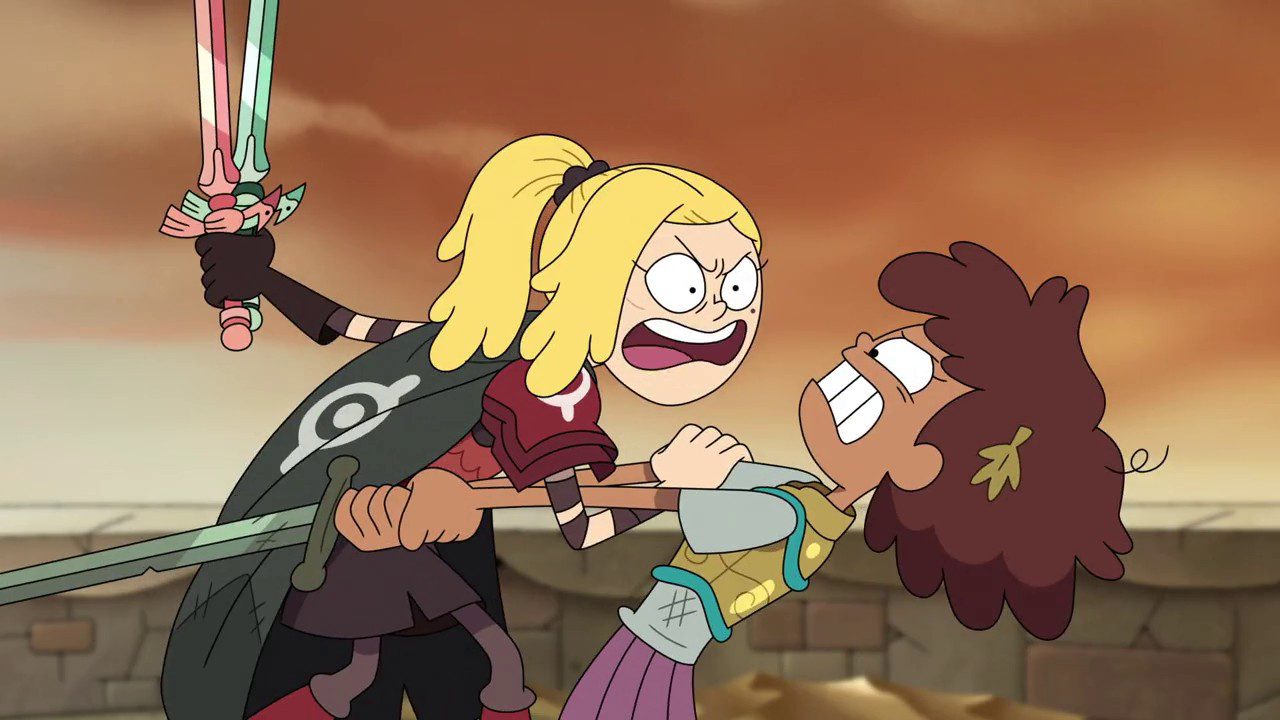 The only problem was Sasha changed her mind and took over the music box and also the kingdom of Newtopia. Thus sending the king and her friends into cells until she figures out how to use the box. This marked the end of the friendship between Sasha and Anne for now. While the guards took Anne, Marcy, and their friends, General Yunan came to rescue them. They plan to retaliate while Sasha is having second thoughts about her decision.

Anne and Marcy’s group comes blazing, attacking the tower. Thus leading to a battle between the friends. Amidst the fight, Sasha confesses to Anne that there is something wrong with King Andrias. After all that Sasha had did, Anne wasn’t ready to believe her. She beat her in the fight and took over the kingdom again. As she gave King Andrias the music box, Sasha warned again, but Anne didn’t listen. 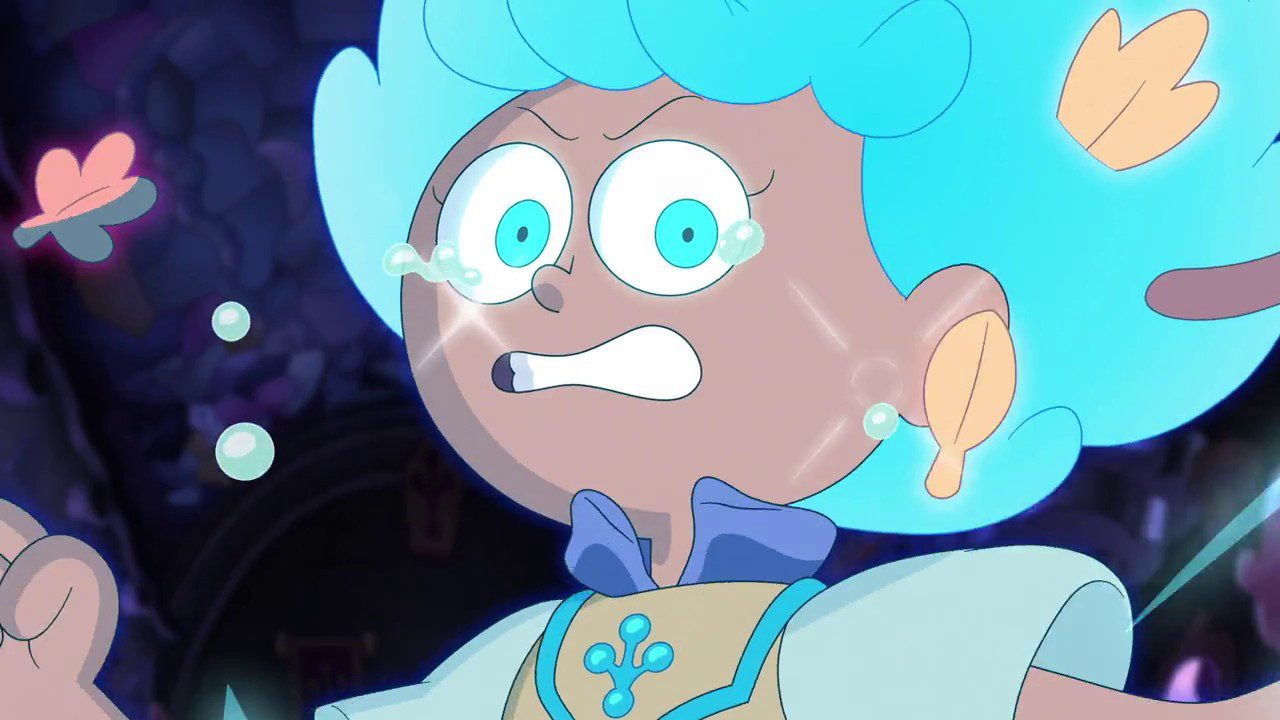 Once the music box was in King Andrias’ hands, he revealed his plan to take over all the world. In turn, he also told about Marcy’s real plans of keeping them in Amphibia because she didn’t want to leave this world. Whatever happened, the friends reunited to fight King Andrias. He almost killed Sprig, which led Anne to grasp the powers of one of the stones on the Calamity Box.

With the newly acquired powers, Anne defeated King Andrias. At the same time, Marcy used the box to open a portal back to the human world. Anne, Sprig, Polly, and Hop Pop manage to enter it. In the process, King Andrias stabs Marcy. Now, half of the friends are back in the human world, while half of them are in Amphibia.

Amphibia Season 3 Episode 1 is releasing on October 2, 2021, and will air on Disney Channel at 9:30 AM EST. According to the same, the release time may differ in other countries. As for now, five episodes are surely coming for Amphibia Season 3, and we believe it may extend around 35 episodes, much like past seasons. So expect a new episode every Saturday following the first for Amphibia Season 3 until it finishes its run.

Amphibia Season 3 Episode 1 is titled “The New Normal”. The official synopsis of the episode says Anne and Plantars are transported back to the human world. They will have a hard time adjusting to the new environment here. We wonder how Anne’s parents may react to her return or if the world isn’t the way Anne remembers it.

Apart from that, Anne and Plantars will still be planning to return to Amphibia to rescue their friends from King Andrias. Sasha and Marcy are still stuck in Amphibia. King Andrias, with them under his hands, may still plan to return to the human world and rule it. After all, the Calamity Box is still there, and Marcy may not be dead yet as she can be a handful for him to use her open the box. So how would it go down? We will see in Amphibia Season 3 Episode 1.