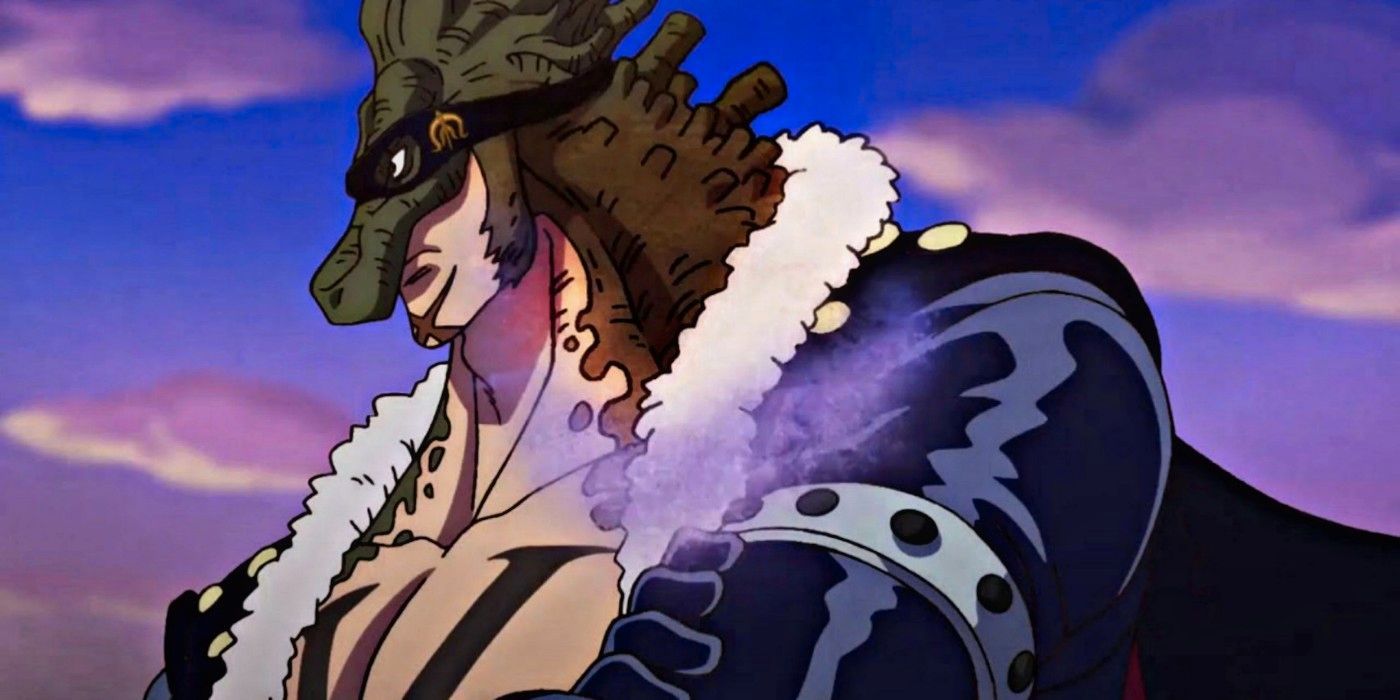 The Tobiroppo is a unique group made up of the Shinuchi’s six most powerful Shinuchi. Page One, Ulti, Who’s-Who, Black Maria, and Sasaki are the current members of the gang, with X Drake, the previous sixth member, actually going rogue from the squad. The six members of Tobi roppo are all consumers of Ancient Zoan Devil Fruits, making them exceptionally tough and strong pirates in the One Piece universe. This page will rank the members of Tobi roppo and go into great detail on each of them. So if you’re a fan of One Piece, you’ll find this article quite intriguing. The Tobiroppo are known for their ferocity, and they stick out among the crew. Apart from the All-Stars, they are Kaidou’s closest friends. Kaidou himself regards them in great respect. As during the invasion on Onigashima, it was discovered that the Tobiroppo could kill a hundred foes at once, while the other alliance’s finest samurai could only slow them down.

Even though the defeaters were unknown, the other members of Tobi roppo were taken aback by the defeat of two of them, which was believed to have never happened before. However, unlike the majority of Shinuchi, the Tobiroppo have consumed genuine Zoan Devil Fruits, such as the All-Stars: Page One may transform into a Spinosaurus, Ulti into a Pachycephalosaurus, Who’s-Who into a Saber-toothed tiger, Black Maria into a Rosamygale Grauvogeli Spider, Sasaki into a Triceratops, and ex-Tobiroppo Drake into an Allosaurus. During battle, ex-member Drake carries an axe and rapier, Sasaki wields a mechanical drill-sword, Who’s-Who wields a knife masquerading as a sword, Ulti holds a morning star, and Black Maria wields brass knuckles and a blazing, wanyudo-headed polearm.

Also Read: Most Asked One Piece Questions That Have Never Been Answered

Who’s-Who, furthermore identified as Who of the Droplets, is among the Shinuchi of the Beasts Pirates’ Tobiroppo, the strongest six Shinuchi. He worked for the World Government’s CP9 organization for nearly a decade until being fired and imprisoned for failing to protect the Gomu Gomu no Mi on a mission. 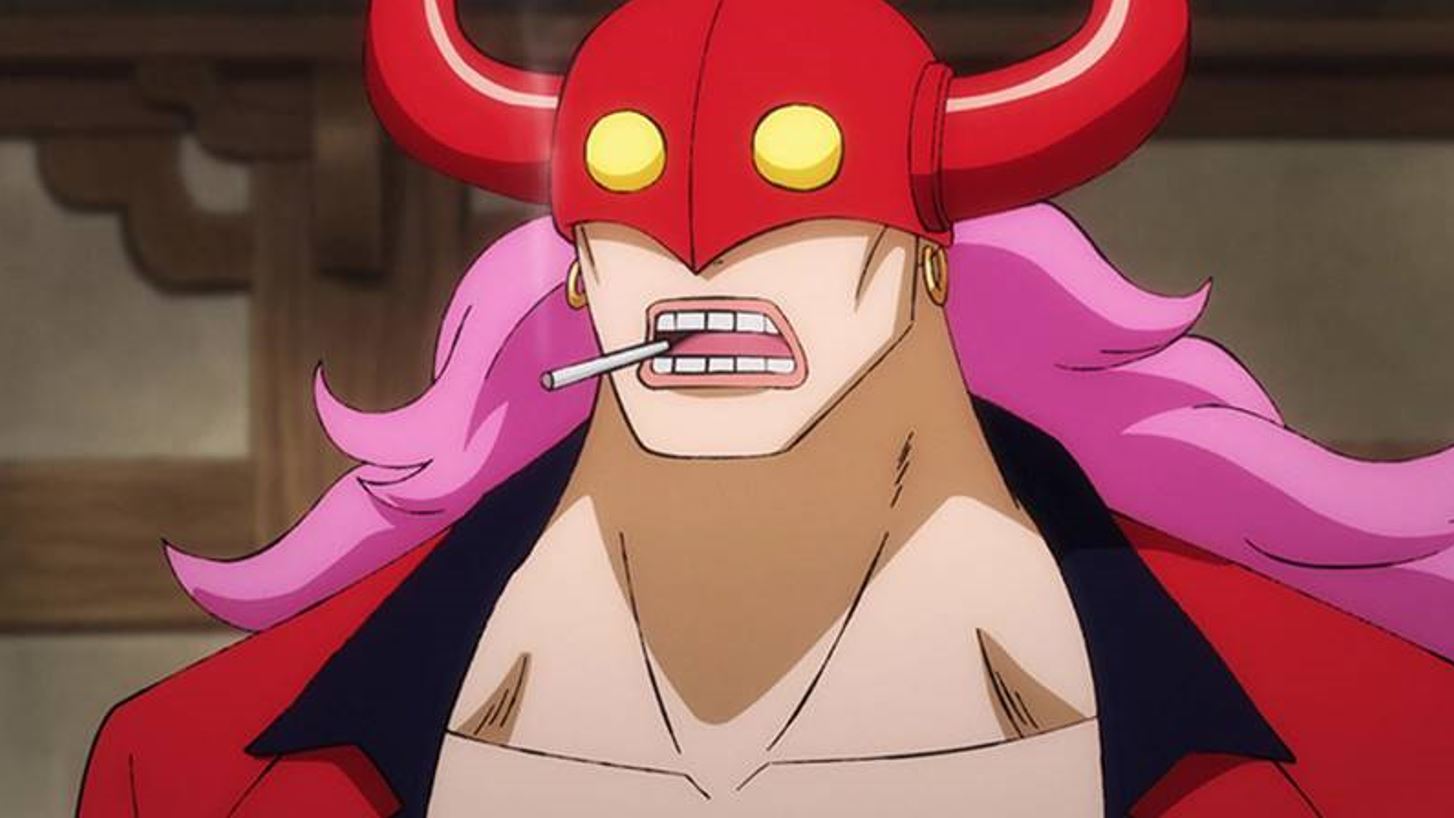 Who’s Who: Member Of The Tobi Roppo From One Piece

Who’s-Who went to piracy after fleeing, becoming leader of the Who’s-Who Pirates prior to actually having joined the Beasts Pirates. Who’s-Who is a major adversary in Wano Country Arc due to his acts and role. When with his companions, Who’s-Who maintains a quiet and serious demeanor, despite being upset by their arguing.

Interestingly, he had shown himself to be talkative at moments, such as when he was in the thick of a battle and rambled on about his history. Who’s-Who, an ambitious guy, aspires to be among the Beasts Pirates’ All-Stars by deposing one of the present three, causing him to fully disrespect their superior authority. This ambition, according to King, originates from Who’s-Who’s previous experience as captain of his own crew. In line with this, he has proven himself to be self-confident, believing in them enough to murder an All-Star and grinning happily at the prospect of getting the chance to do so. He has the same capability as Rob Lucci, the most powerful CP9 agent ever, and adds to his self-assurance.

Ulti is among the Tobiroppo, the Beasts Pirates’ six most powerful Shinuchi. She is the older sister of Tobiroppo Page One, a fellow Tobiroppo member. She is a prominent villain in the Wano Country Arc owing to her acts and position. Ulti is a brazen, obnoxious, and irritable young lady who will not turn back from a rhetorical brawl and routinely makes threats against anyone who irritates her. She is depicted as polite and attempting to appear sophisticated one minute, then ranting and being recklessly harsh the next. 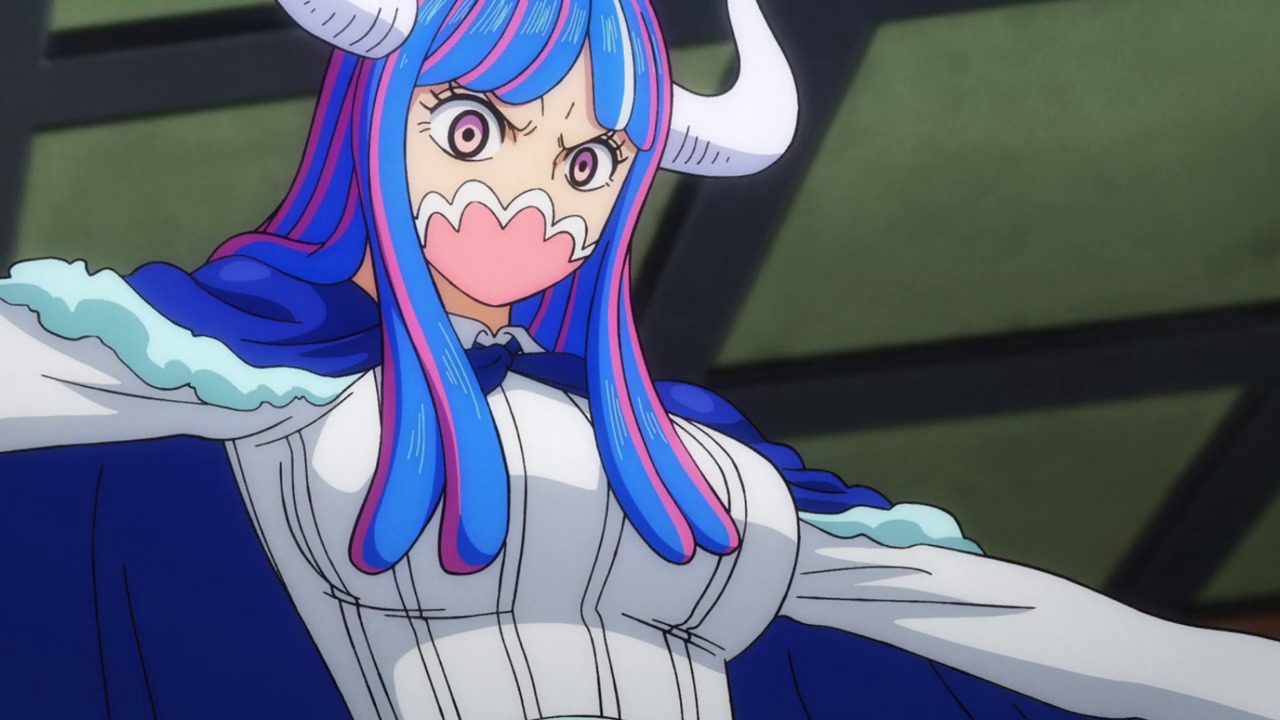 Ulti: Member Of The Tobi Roppo From One Piece

Even her immediate bosses Queen and Kaidou, some of whom many crew members appear to be at least slightly terrified of, are not immune to her rage, hinting that she has no dread of them at all, much to the surprise of her fellow Tobiroppo. Ulti also has no qualms about behaving in a nonchalant way towards Kaidou, exhibiting loud, feminine delight throughout their meeting. Ulti is ruthless against his foes, eager to slaughter them without remorse. She isn’t beyond punching a youngster if she is irritated, as she demonstrated when she grabbed at Tama for imploring her to stop abusing her buddy. Ulti’s violent temperament causes her to attack whomever she perceives as an opponent in combat. Despite this, she is a swift decision-maker who keeps her guard up all the time, as she demonstrated when she attacked and appeared to crush Monkey D. Luffy during their first encounter.

Black Maria is among the Tobiroppo, the Beasts Pirates’ toughest six Shinuchi. In Onigashima, near Kaidou’s castle, she runs her own brothel. She is a prominent villain in the Wano Country Arc due to her acts and position. Black Maria is indeed a flirty, courtesan-like woman who takes a relaxed attitude to her Tobiroppo assignments and responsibilities. When she is ordered to battle or seek a goal, Black Maria likes to keep out of the fray and enjoy her captain’s company or stream music with her troops, hiding in secure spots away from the conflict and letting her colleagues tackle the issues. 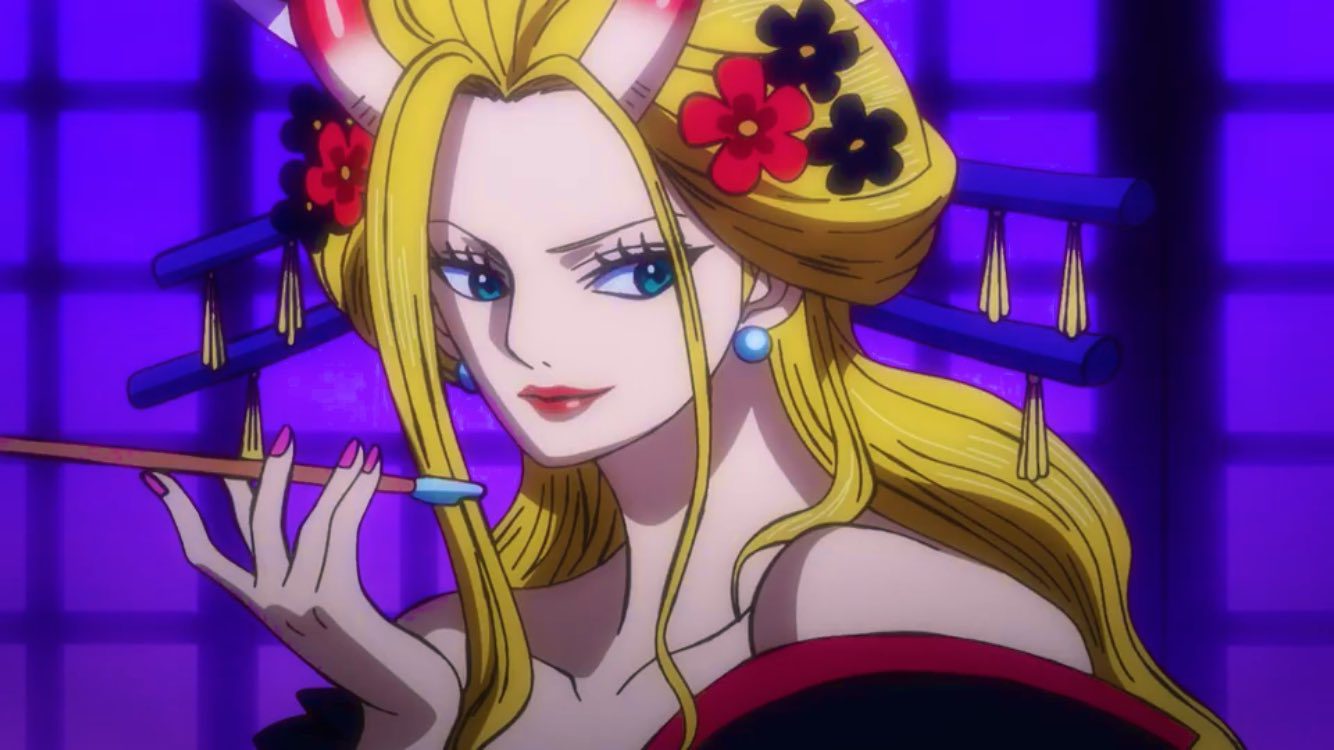 Black Maria: Member Of The Tobi Roppo From One Piece

She also has a soft heart for kids, putting sympathy on Momonosuke after Kanjuro brutalized him and caring for his bruises before Orochi abducted him. Black Maria, on the other hand, is just as brutal and nasty as the remainder of the Beasts Pirates, if not even more so. Black Maria is a vicious torturer while she is genuinely fulfilling her duty as a pirate without trying to suppress her fists for the benefit of the crew’s aims, in sharp contrast to her typical humor displayed at the feast. Unless the victim agrees to comply, Black Maria doesn’t always follow through on her promise and instead keeps them under her control. When asked how she would keep Robin in line if the Beasts Pirates were to catch her, Black Maria merely replied whether she would castrate the Straw Hats until she was useless, then murder and dispose her body after her goal of reading Kaidou’s Poneglyphs was accomplished.

X “Red Flag” Drake is the commander of SWORD, the Marine Secret Special Unit. He publicly deserted from his post as a rear admiral in an attempt to go undercover as a pirate and created the Drake Pirates. He is among the “Worst Generation,” a group of twelve pirates who had a reward of 222,000,000 before the two-year time gap. Drake is the son of Diez Barrels, a former Marine who became a pirate and was a member of the Barrels Pirates before he defected to the Marines. Dory was his nickname as a teenager. 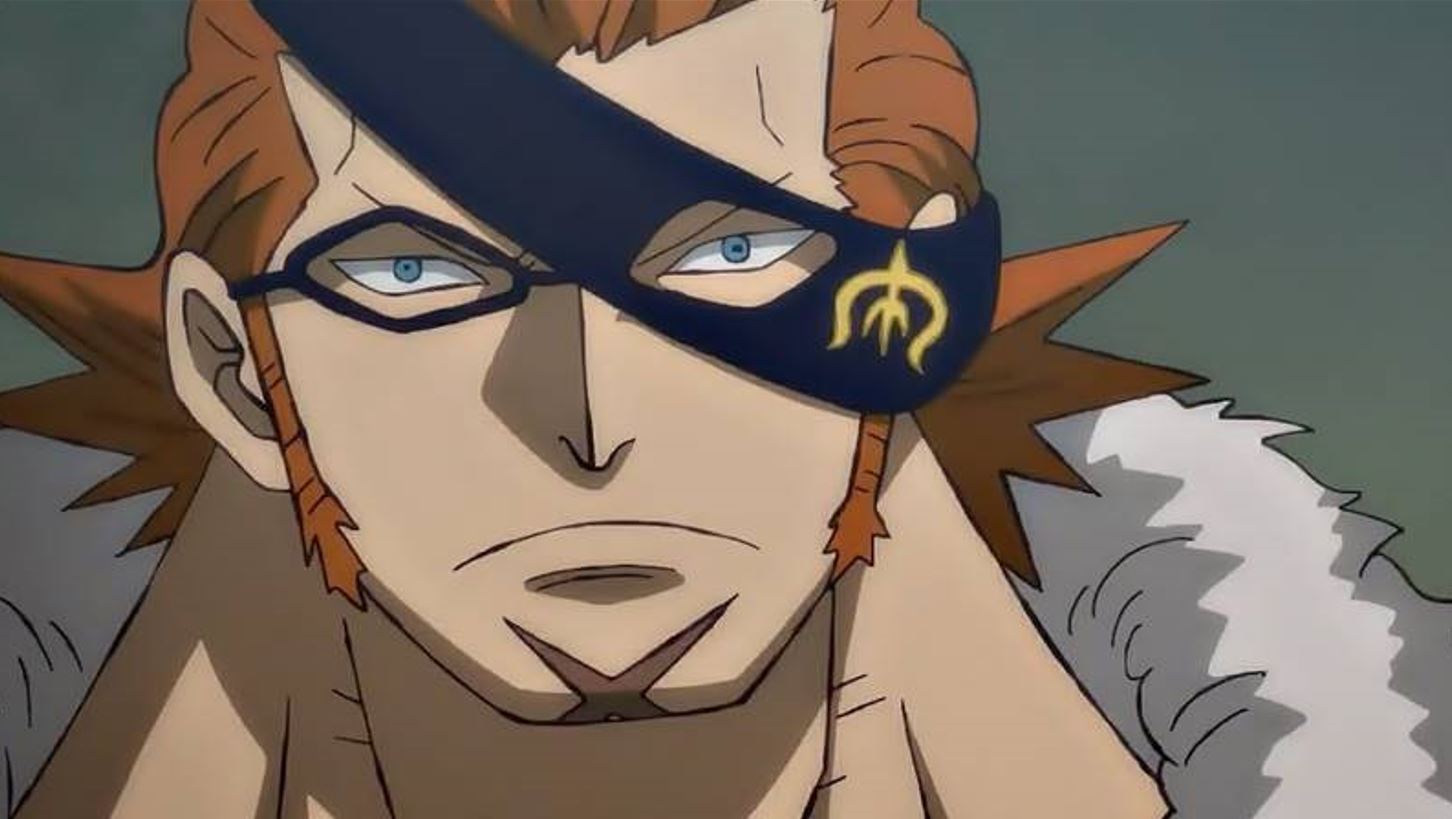 X Drake: Member Of The Tobi Roppo From One Piece

Over the course of the two-year time jump, Drake and his crew turned subject to the Beasts Pirates, commanded by Kaidou of the Four Emperors. Drake was a Shinuchi for the crew, especially one of the greatest six, Tobiroppo. After his treason was discovered, he attempted to form an alliance with the Ninja-Pirate-Mink-Samurai Union. Drake was a Marine fan as a boy, and he adored his father, Diez Barrels, who was also an officer in the organization. Although Barrels went to piracy, Drake continued to pursue him since he regarded his father as a nice guy.

“Overflowing” Sasaki is the commander of the crew’s Armored Division and is one of the Tobiroppo, the Beasts Pirates’ toughest six Shinuchi. He was the captain of the Sasaki Pirates before entering the Beasts Pirates. He is a prominent adversary in the Wano Country Arc due to his acts and position. Beyond the battle, Sasaki is depicted as a quiet and affable guy. However, he is not without ridicule, scoffing at his exactly equivalent contemporaries. Nevertheless, he is kind to those he deems allies, such as the former “Kyoshiro,” but he’ll never accept betrayal. If deceived, he will focus on ensuring the perpetrator pays a high price. 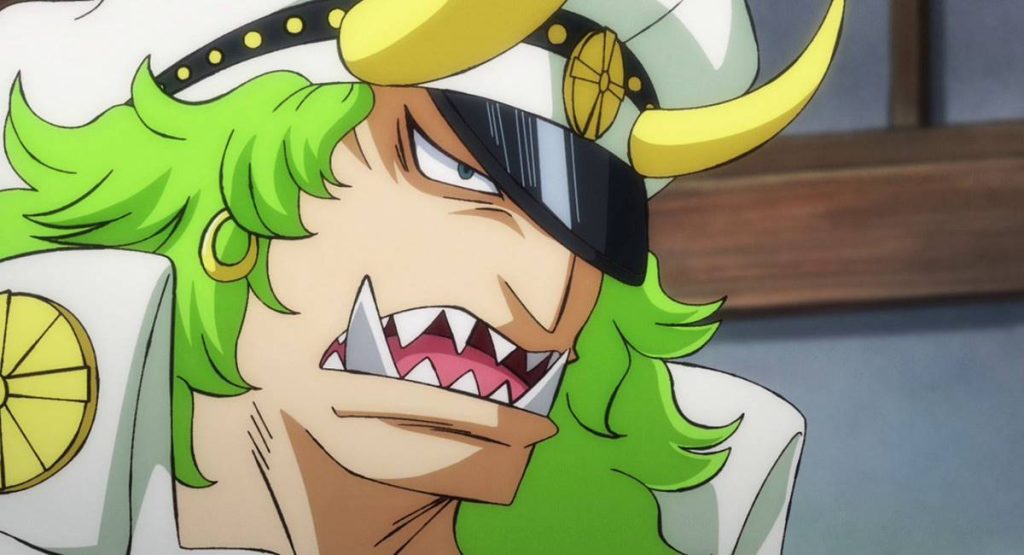 Sasaki: Member Of The Tobi Roppo From One Piece

Even after learning that even his own comrades had been swayed against him against their own will owing to a Devil Fruit power, Sasaki declared them traitors and threatened to personally kill them. Sasaki is a driven guy who wants to join the Beasts Pirates’ All-Stars by stealing a seat from the present members, forcing him to ignore their superior authority. As per King, Sasaki’s commitment stems from his experience as commander of his own crew, which demonstrates a high level of trust in his own abilities, allowing him to anticipate forward to a direct confrontation against an All-Star. Sasaki, on the other hand, takes pleasure in his Tobiroppo notoriety, stating that his current squad is the reason the Beasts Pirates are so feared. In terms of battle, Sasaki is delighted with his power to transform into a dinosaur, thinking dinosaurs to be the most powerful animals ever

Page One is a member of the Tobiroppo, the Beasts Pirates’ most powerful Shinuchi. Ulti, a fellow Tobiroppo, is his younger brother. He is a prominent adversary within Wano Country Arc due to his acts and position. Page One has a solemn and restrained, albeit somewhat timid, demeanor with colleagues and superiors, determined to follow goals with a solitary and no-nonsense attitude while not responding to insults hurled at him by his compatriots Tobiroppo. 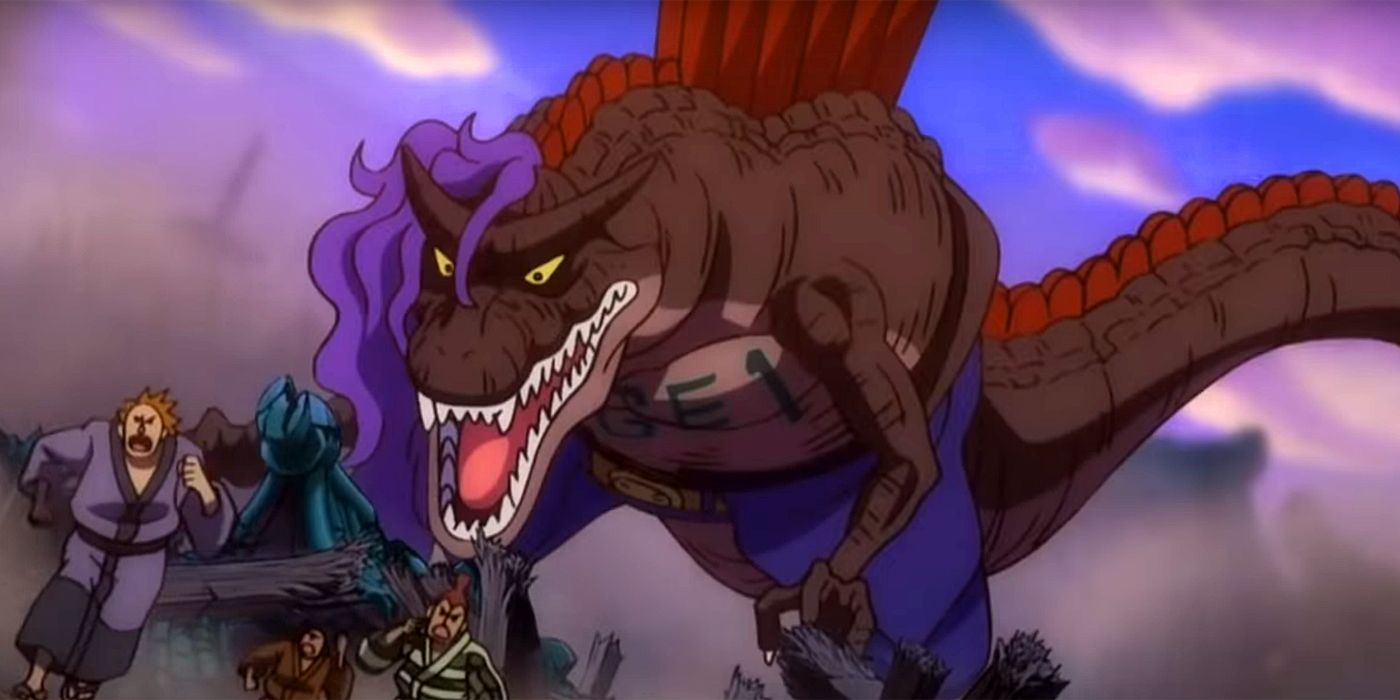 Page One: Member Of The Tobi Roppo From One Piece

He is often the first to be irritated by his sister Ulti’s eccentricities, specifically if they escalate into disdain for higher authority, and he is irritated by her immature demonstrations of adoration for him.

Also Read: Bizarre One Piece Theories That May Turn Out to Be True