Aespa At Macy’s Thanksgiving Parade: The First K-pop Girl Group To Perform At The Parade 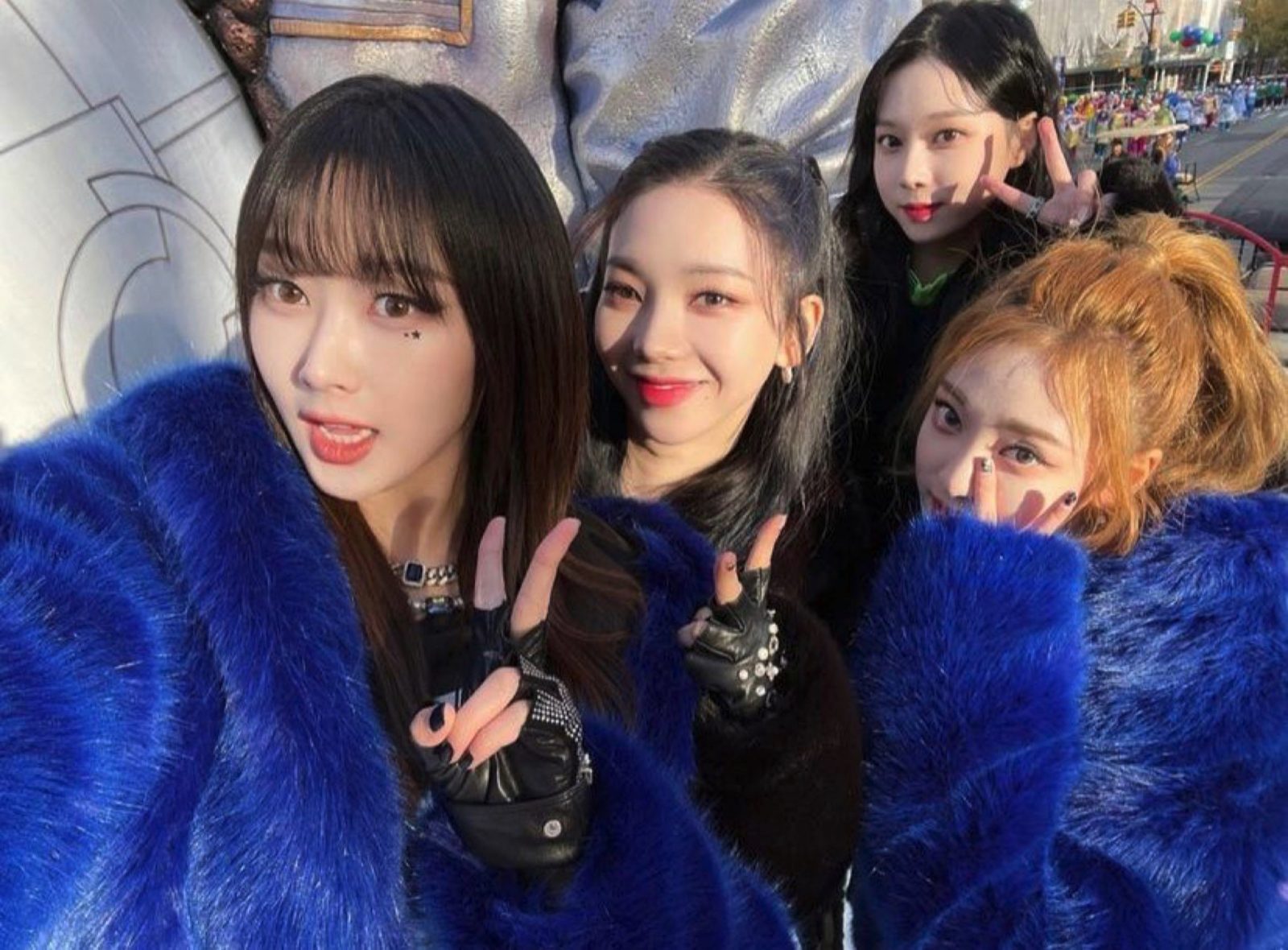 Yet again, another rising k-pop idol group has made history. After having their own AI avatars, Aespa went on to make history in the United States. They became the first-ever k-pop girl group to perform on a float celebrating women in STEM during the 95th Macy’s Thanksgiving Day Parade on November 25. The rookie girl group consists of four main members; KARINA, WINTER, GISELLE, and NINGNING. Making their debut in November 2020, they have given some huge bops like ‘Black Mamba,’ ‘Next Level,’ and ‘Savage’. Sharing the parade with Carrie Underwood, Andy Grammer, Kim Petras, Nelly, Steve, Joe, and Josh, Kelly Rowland, and a lot more renowned artists. They have become the second k-pop group to perform at the parade as NCT 127 performed in 2019.

Macy’s Thanksgiving Parade is one of the largest and most popular parades in the world. Started in 1924 by the departmental store Macy’s, has now become the second-oldest Thanksgiving parade in the United States. This year’s character balloons included ‘Funkpop style Grogue,’ Ada Twist, Scientist, Ronald McDonald. Along with the fourth edition of Pikachu with Eevee on a sled. The novelty balloons included Santa Starflakes with the alteration of existing Blue Starflake Balloons. Along with Toni, the Bandleader Bear, and Tiptoe. This year’s float balloons were inspired by Olay, Disney Cruise Line, Kalahari Resorts Colossal Wave of Wonder, Louisiana Celebration Gator, and Peacock. While the floating balloon vehicle was based on Heinz’s Gravy Pirates.

Appearing on the Olay’s “Her Future is STEM-sational” float, the girls went on to perform their mega-hit ‘Savage’. Making the people at the sidewalk and the group marching by them dance through the music. As the performance ended and the float kept moving forward, the girls waved to the crowd of fans. ‘Macy’s’ went on to tweet some stills from the parade. They were aiming to celebrate and inspire young girls to pursue opportunities, studies, and careers in science, technology, engineering, and math. While the performance is being considered remarkable as it being one of the ‘first things in the west’. Not all fans are happy with the surroundings.

Fans Call Out Their Issues

While the performance lasted for less than two minutes, many fans complained that the management could’ve done better for Aespa. Some called the song ‘Savege’, not the right choice as the girls weren’t able to properly move around in the float. Many fans came out for the cameraman for a bad job. As the camera only showed non-singing or non-lipsyncing members. Surrounded by the decoration and the people marching in red outfits, it kind of looked like a mess. Fans even pointed out that the girls looked uncomfortable while performing. Many fans also raised questions about Aespa’s outfits as they performed in the cold weather.

The fans who were present at the parade weren’t as lucky as we thought they were. As they were on the opposite site of the float and were unable to see the performance. A fan went on to share her experience in the internet discussions. She revealed that she drove from Pennsylvania at 3 in the morning and waited for over four hours in the cold. But later found out that she was on the opposite side of the float and wasn’t able to see the girls performing. Those who were at the front revealed that they did get to see their idols and even waved at each other. But the weather was so cold that they felt bad for the idols. One fan shared on the internet that it looked like Giselle and Karina were dying up there at the float because of the cold weather.

Despite all the problems, fans are still supporting Aespa and bashing the management for not paying enough attention to the performers. On November 17, Aespa celebrated their 1-year debut anniversary. Within a year, their album has entered the charts like ‘Billboard Global 200’, ‘World Album,’ and ‘Artist 100’.

Who is Max Pham Nguyen’s Girlfriend in 2021? All About His Personal Life