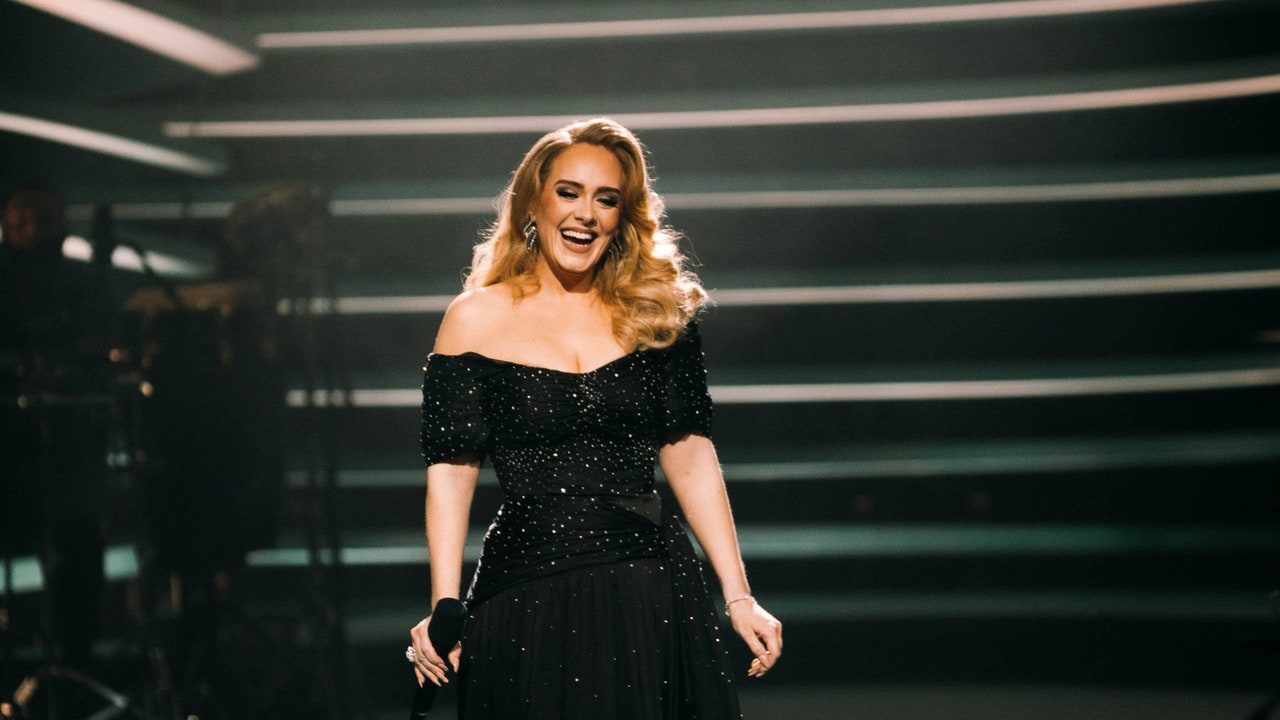 If you are wondering about the relationship between Adele and Stormzy, we’ve got you all covered. Stormzy is a well-known British rapper who rose to prominence in the UK underground music scene thanks to his freestyle “Wicked Skengman”. In 2014, he released his first Extended Play, entitled “Dreamers Disease.” He also performed on the TV show ‘Later with Jools Holland’ that year, singing the song “Not That Deep”. Let’s take a deep look at Adele and Stormzy’s life.

Adele Laurie Blue Adkins was born in London, England, on May 5, 1988. With over 120 million records sold, she is known for her songs and has been labeled “the world’s best-selling music artist.” She graduated from BRIT School in 2006 and signed a contract shortly after that with XL Recordings. When she was 19, her debut album ‘Chasing Pavements’ and the single ‘Make You Feel My Love’ were released, and they both charted in the UK’s top five hits. Adele earned the Academy Award and the Golden Globe Award for Best Original Song for ‘Skyfall,’ a soundtrack song for the James Bond film of the same name, in 2012. With a large fan base, the gifted vocalist has come a long way in the music industry. So, let’s take a peek at Adele’s personal life and see what’s going on between her and Stormzy.

How did Adele and Stormzy become friends?

Adele and Stormzy’s bond is well-known as they first met in 2017. He visited Adele backstage after her Brixton Academy performance, beaming as he posed for a photo with her. He captioned the photo with a row of heart-eyed emojis and shared it with his 690 million Instagram followers. Adele has previously shown her admiration for Stormzy, even giving him a shout-out at one of her O2 shows in 2016 and dedicating her song Make You Feel My Love to him. Stormzy, who was in the audience at the O2 in London, was taken aback, tweeting after the event, “nothing can steal my joy right now this woman is such a G.” 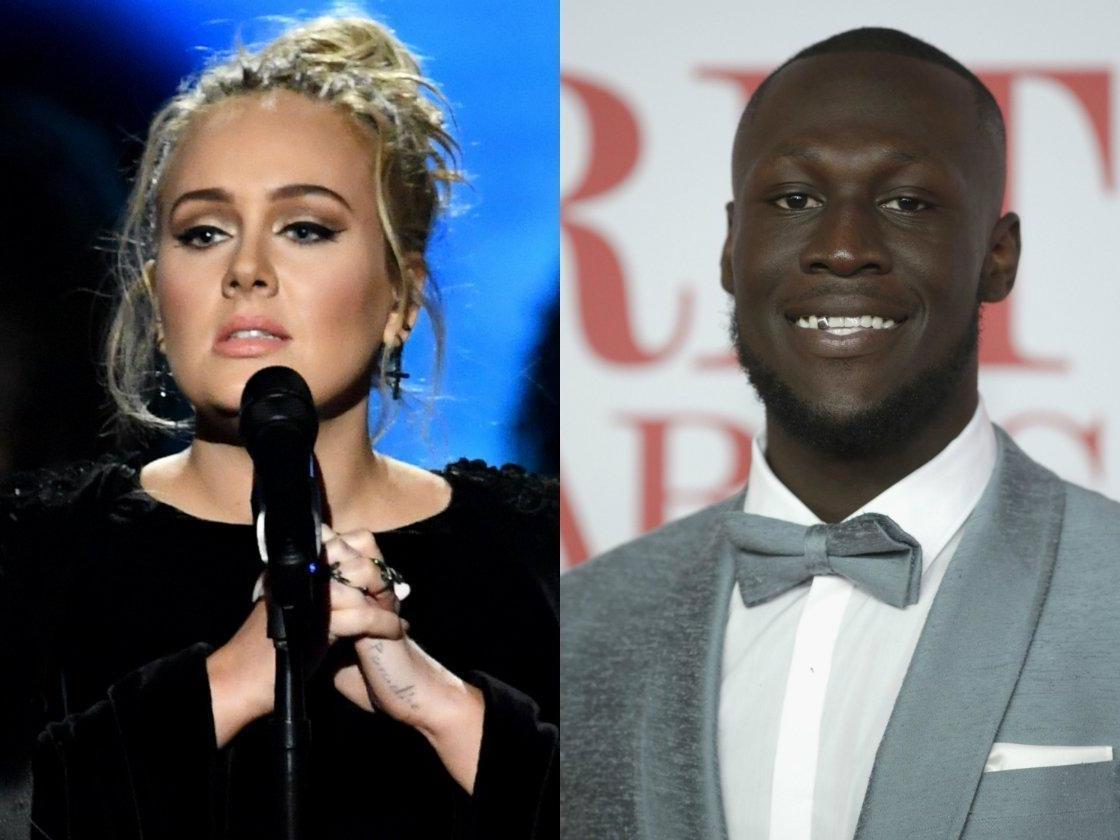 He told the BBC that he couldn’t believe Adele had called him out ahead of his Radio 1 Big Weekend broadcast. ‘Oh my days, I still can’t believe what I’m hearing.’ Even the way I captured it on Snapchat was incredible. Many people mistook me for someone who was waiting for it. But I swear to you, I was simply watching the program on Snapchat as if I were a fan, and then she yelled my name, and I was like, wow. I don’t want to cry, but that is a huge deal. Adele is an incredible musician and one of my inspirations, so that was huge for me.’

Adele has stated that she is a major admirer of Stormzy’s music, and she was also seen dancing and singing with his mother at his own show earlier this year. She also appreciated his performance at Glastonbury in 2019.

Adele and Stormzy Relationship: Here’s What We Know About It

The rapper, 28, took the stage to ask Adele a question, and the singer, 33, and he exchanged pleasant banter as she admitted they had a “genuine moment” last summer.

When Stormzy stands to ask Adele a question, she mentions that they are “super close” and that they had a “real moment with the ocean and God last summer. We felt a presence around us and said ‘let’s go get life’” #AnAudienceWithAdele pic.twitter.com/6g5sjRrqxB

‘We’re extremely close, honestly, myself and Stormzy,’ Adele said. Because we’re both pretty private people, I won’t go into depth.

‘Last summer, on the other hand, we had a genuine meeting with the ocean, God, and a variety of other things.’ “Let’s go get a life,” we both thought to ourselves as we sensed a presence around us.

In a recent interview with THE FACE last week, Adele discussed her connection with Stormzy.

‘I admire how open he’s been about his mental health the whole time, and I don’t think many people did that when he first came out,’ she said. 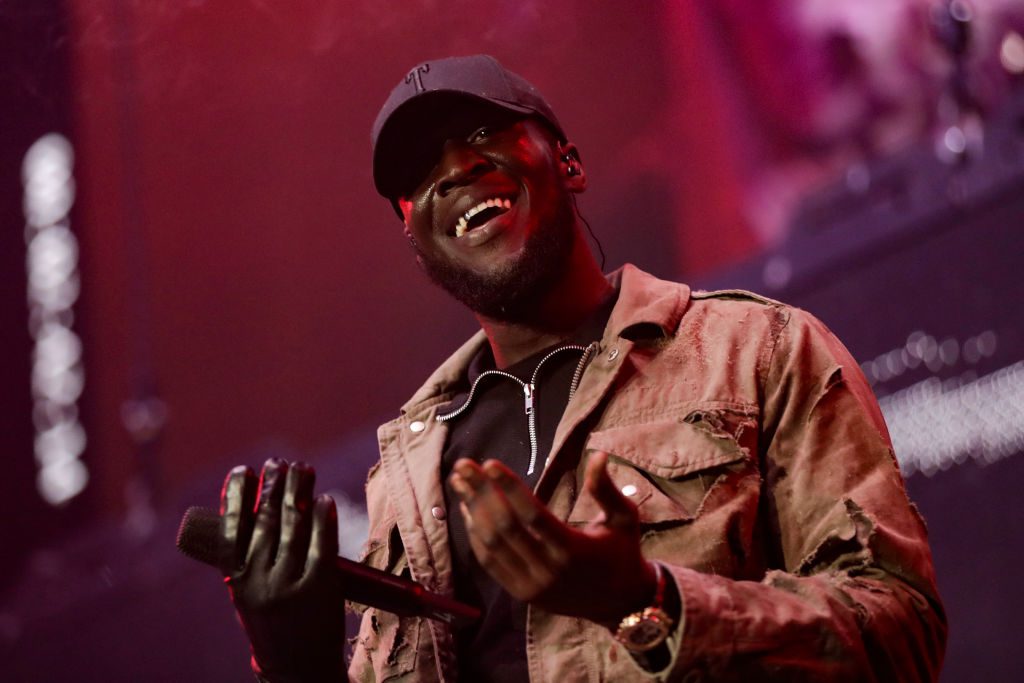 Michael Ebenezer Kwadjo Omari Owuo Jr., better known as Stormzy, is a British rapper. He did not originate from a musical household, despite his love of music. He started rapping when he was 11 years old, and at his local youth club, he would get into fights with older rappers. His Wicked Skengman series of freestyles over vintage grime beats got him a lot of attention in the UK underground music scene in 2014. Gang Signs & Prayer was the first grime album to chart at number one in the United Kingdom, and it won the British Album Of The Year award at the 2018 Brit Awards.

After launching a campaign to achieve Christmas number one, Stormzy’s song “Shut Up,” which was first uploaded as a freestyle on YouTube, gained popularity and reached number eight on the UK Singles Chart. Stormzy was chosen as an artist to watch in the BBC’s Sound of 2015 list after winning Best Grime Act at the 2014 and 2015 MOBO Awards.

Also Read: Are Amanda Kloots And Alan Bersten Dating? All About Their Relationship