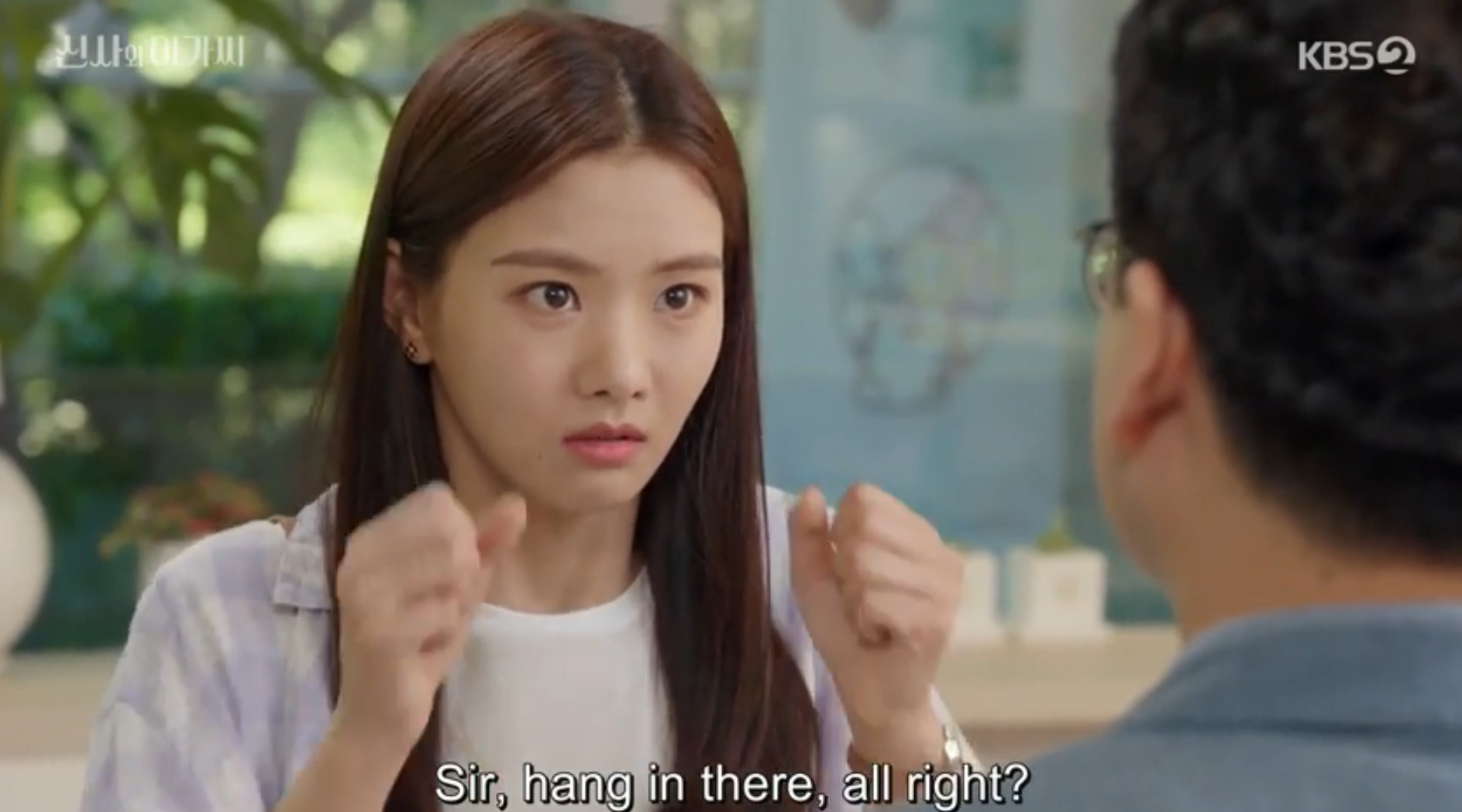 A Gentleman and a Young Lady Episode 3

KBS 2 is back with another K-drama for the weekend. And fans have mixed reactions to the show. On its way to release its episode 3, K-drama, “A Gentleman and a Young Lady” has gotten in some trouble with the netizens. The drama revolves around a 40-year-old widower and a 20-something tutor falling in love. Some people have spoken up about the age gap. With the female lead being a recent graduate, while the male lead is in midlife. Despite the slight controversy, the show seems to be doing nicely with fans waiting for the new episode to come.

Within the first two episodes, a lot has happened over the weekend, with Dan Dan and her stepbrother leaving the house to make money and live independently. Their father has also found work and moved out of the old house they used to live in. But troubles never leave that easily. Here is everything that has happened so far on the show. Moving back to the time when Dan Dan was a newborn, we saw how her mother left her and her father. Feeling suffocated in the marriage, her mother left and never came back. 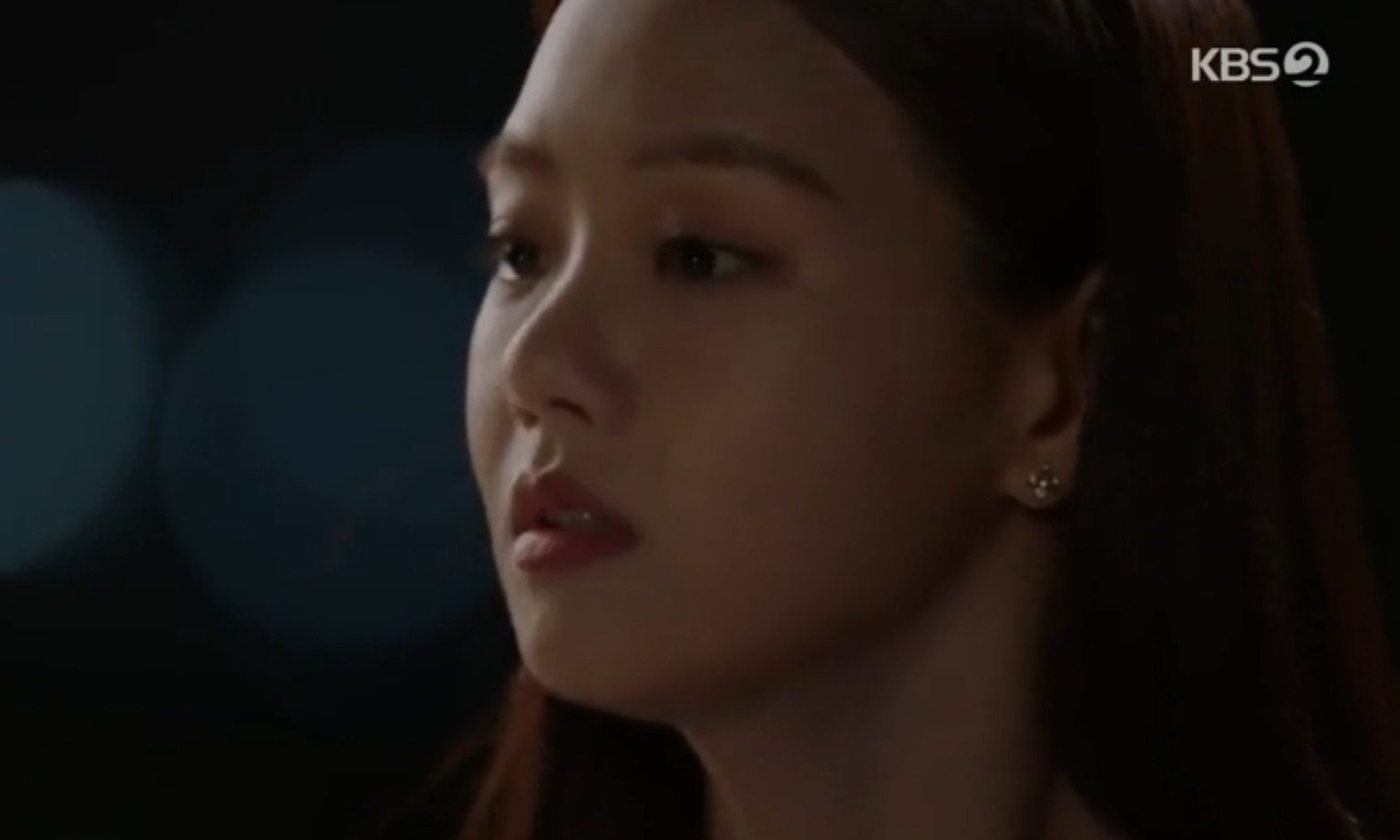 A still from “A Gentleman and a Young Lady”: Park Dan Dan after the fight with her family.

How Far Are We In?

Along with her father, there was also a single parent living in the neighborhood. Lee Il Hwa, whose husband died in a road accident, lived with her son. Seeing Dan Dan’s father struggling with parenting and other work, both decide to live together and eventually get married. Living with her stepbrother, Dae Bam, hasn’t been easy for her, as her step-mother would always side with him. Nonetheless, they all care about each other. As her step-mother and stepbrother lose their house deposit in a scam, the family gets into a fight. With Dan, Dan is crying that her father puts his life at risk to feed the whole family. And how he should divorce her mother. But her father scolds her for spewing nonsense. As the fight ends, both children end up moving out of the house, leaving their parents on their own.

Lee Young Guk, on the other side, belongs to a rich family and holds a high position at the company. Married for years, his wife died a year ago, leaving him and their three kids alone. With the kids growing up, he is getting distant from them as he remains busy in the office and doesn’t put out much effort with them. He is usually accompanied by Jo Sa Ra in the house, as she takes care of the house affairs and the kids. As she dreams of marrying Young Guk, her mother tells her to stop dreaming and find a nice guy to get married to. 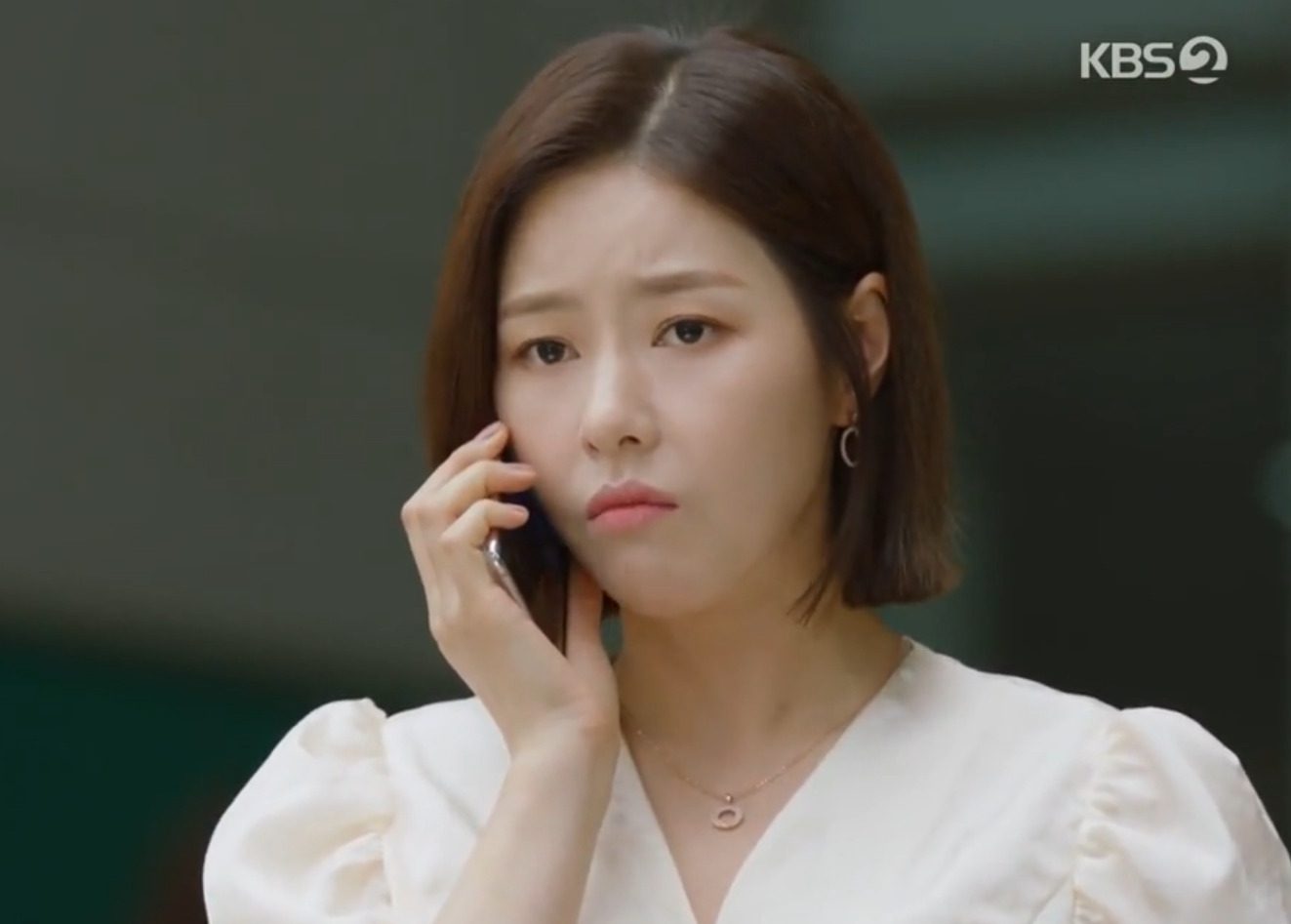 A still from “A Gentleman and a Young Lady” Episode 2: Joo Sa Ra being jealous over Young Guk not giving her attention.

After They Leave The House

Leaving the house, as Dae Boem is having dinner at the roadside restaurant, his friends call him to join them at a club. Going to the club, he meets Lee Se Reyeon as they dance together. As the morning comes, he finds himself in her bed, implying the fact that they slept together. Eventually, they start dating, and he starts living with her. However, he tries to tell her that he needs to find a job and earn for the family. She tells him not to worry she has her own money, and what is hers now his.

As she leaves the house, Dan Dan moves in with her friend for a while. But as she goes to work, she gets to know that the academy she teaches at is shutting down due to financial reasons. The headteacher tells her that he will try his best to pay her the salary that he owes her as soon as possible. After eating lunch, she gets some soju in her bottle and goes hiking over the mountain. Having no other idea about what else she was going to do. After enjoying soju on the top of the hill, Dan Dan makes her way back to the city.

Also Read: The Voyeurs Ending Explained: Did Thomas Commit Suicide Or Was He Murdered?

But finds no one on the hiking trail but a person wearing a suit walking up. As the alcohol kicks in, she thinks the man in the suit is a pervert and starts running away from him. And crosses the danger sign unknowingly. As the man tries to stop her from going forward, she tries to run away and ends up at the cliff. As he reaches up to her, finally taking a breath, she hits him with her bottle, making him lose his senses. Not being able to wake him up, she calls emergency services, telling them that she didn’t do it on purpose. 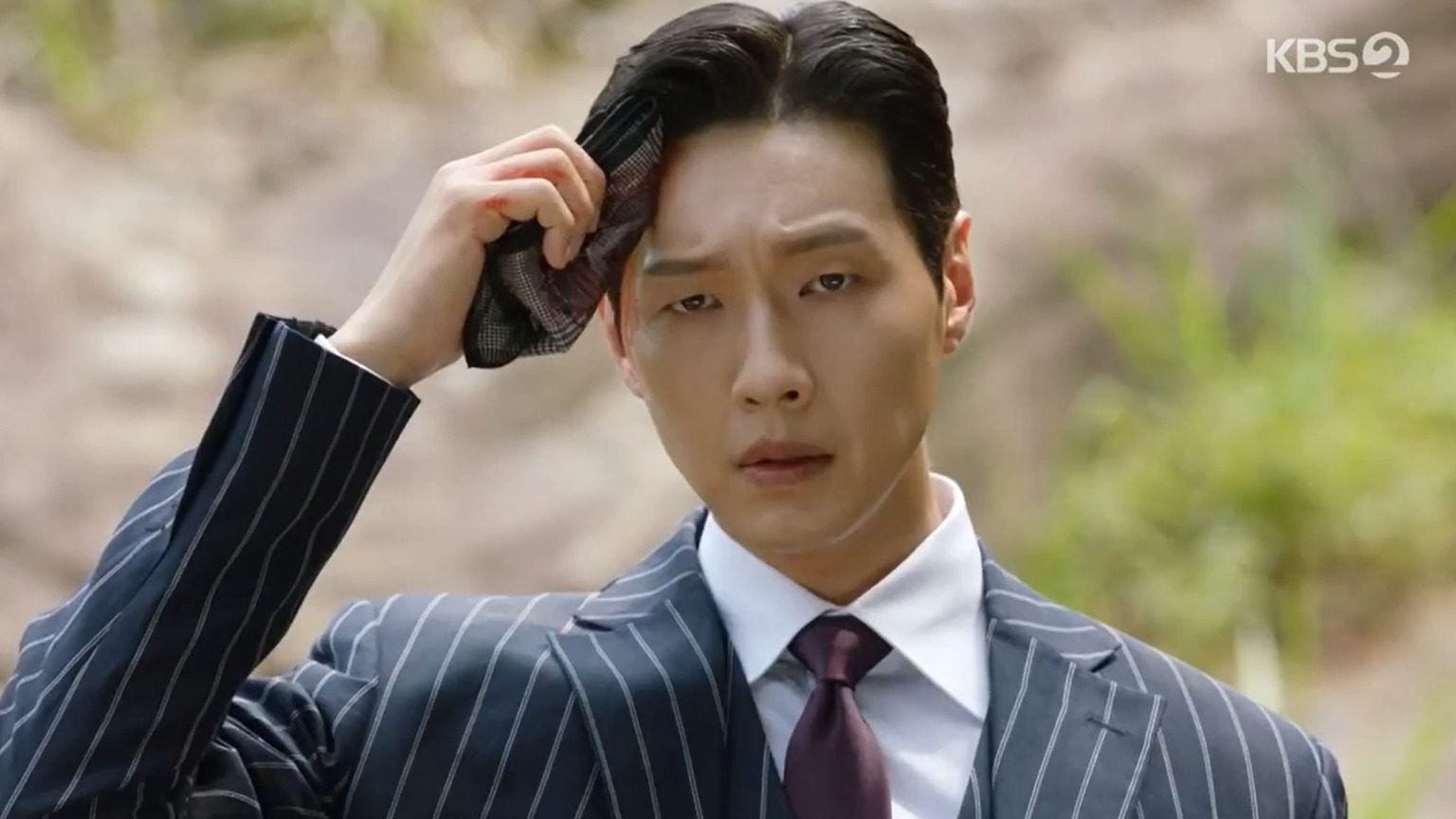 A still from “A Gentleman and a Young Lady” Episode 2: Lee Young Guk at the hill after getting hit by Dan Dan.

As she gets back there, the man has already regained her consciousness and told the police what happened. While Dan Dan calls him a pervert for following her, he shows the police how he was trying to stop her from going to the cliff. Realizing her mistake, she apologizes, but he takes her to the station and threatens to sue her. As the lawyer comes, Dan Dan tells him that apologize once again with an explanation and begs him the settle the case. Eventually, he lets her go. She offers to pay his medical bills, but he denies it as he runs into her at a cosmetic shop where she works part-time. She tries to give him the money, but he sends the money back, saying that there is no need for that.

Back at his house, Sa Ra is trying to win everyone’s heart so she can get close to Young Guk. She tries to talk to his daughter Jen Ni, but she kicks her out of the room. Going to his son Se Chan, he’s too busy recording music while the youngest kid, Se Jong, is sleeping. Her mother and her friend try to set her up with a rich man. But she runs away from the date, telling the man she doesn’t want to marry yet. 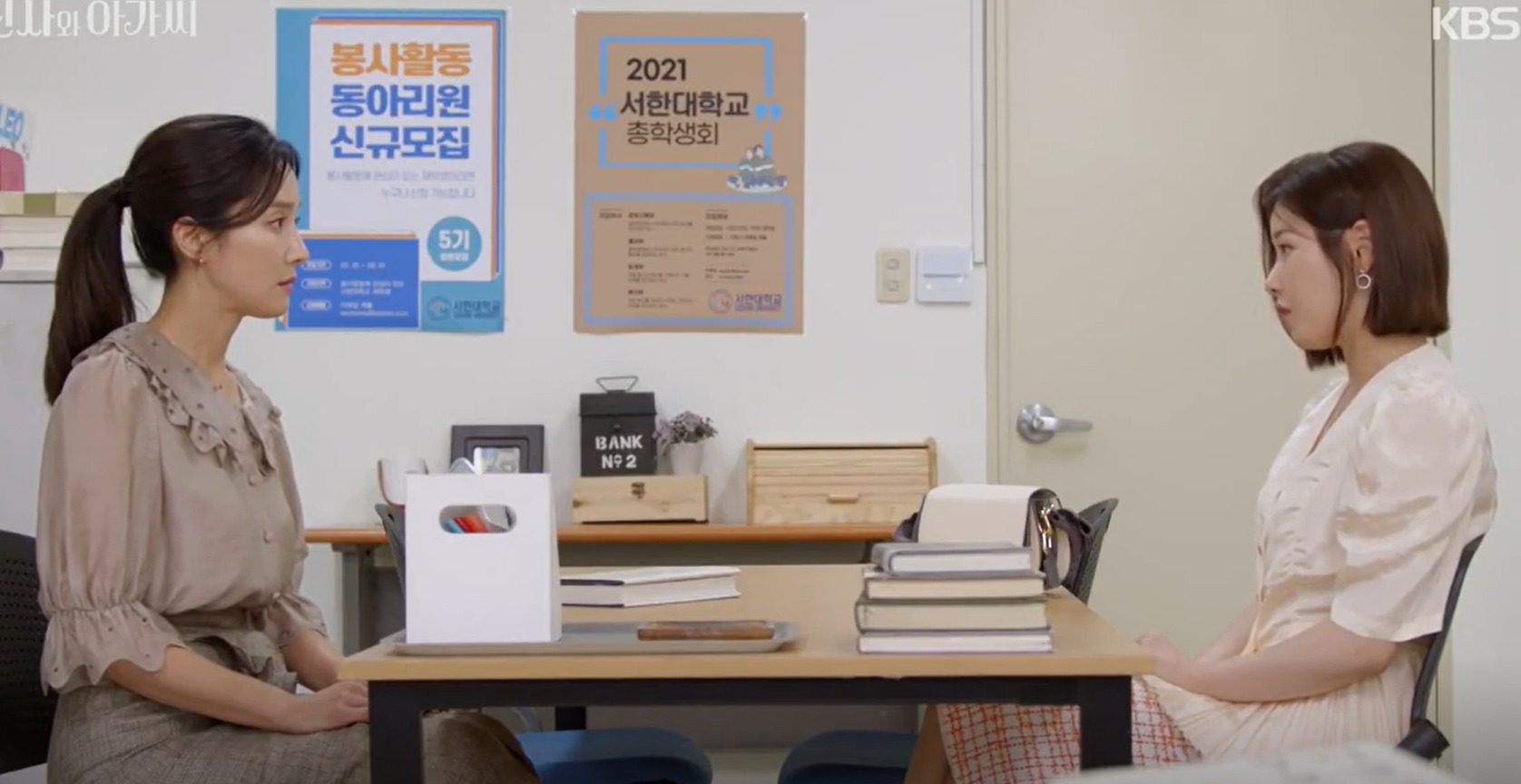 A still from “A Gentleman and a Young Lady” Episode 2: Sa Ra confronting Gook Hee.

A Gentleman and a Young Lady Episode 3: Release Date and Where To Watch?

A Gentleman and a Young Lady Episode 3 will be available to watch on KBS World TV. The new episode will release on October 2021 at 10 pm KST. On KBS Cable, the show will have its re-run episodes every Thursday at midnight and Monday mornings. For online streaming, the show will also be available on Rakuten Viki. “A Gentleman and a Young Lady” will have 50 episodes in total. Out of which two episodes are already out.

What To Expect From A Gentleman and a Young Lady Episode 3?

Moving out of her friend’s house as she hears her fighting with her boyfriend, Park Dan Dan walks back to her parents’ house. But leaves before knocking on the door. Determined to find a full-time job, she visits her college’s placement department to get some insight. But the people there told her not to get her hopes high. On her way back, she runs into her professor, Gook Hee, and tells her about her current situation. Remembering that Young Guk needs a live-in tutor for his kids, Gook Hee asks Dan Dan if she’s willing to work there. Not knowing that it was Dan Dan who hit Young Gook with her bottle. 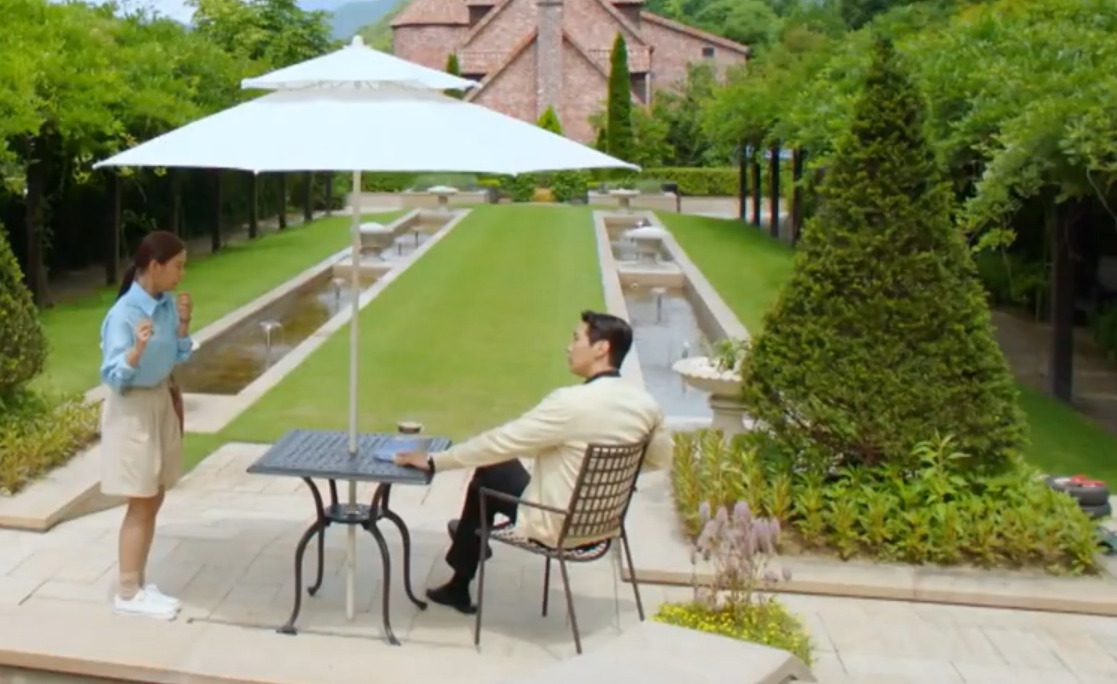 A still from “A Gentleman and a Young Lady” Episode 3: Park Dan Dan and Lee Young Guk meet again.

Young Gook is as surprised as Dan Dan as they greet each other at his house. With his mother already happy with her, he is talking to everyone he can and running a background check on her. Although we see Dan Dan getting hired in the preview, one thing she doesn’t know is that her family is already at Young Gook’s place. With her father being the live-in driver and her brother being Youn Gook’s sister’s boyfriend. As Sa Ra goes out to eat with Young Guk, she’s been running ideas in her mind about him having feelings for her.

Also Read: Is The Girl In ‘A Quiet Place’ Deaf In Life? All About Millicent Simmonds Life