A Couple Of Cuckoos, A romantic-comedy genre manga series came up with the news regarding its anime adaptation. Let's find out.. 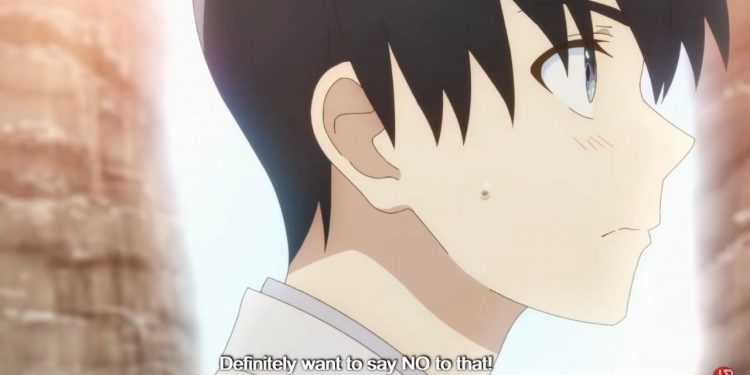 A couple of Cuckoos

A Couple Of Cuckoos is one of the rising manga which is surely getting attention from the world. Recently, the manga officials released the major hint for the anime adaptation and revealed major information in front of the world. In this article, we are going to cover every single detail of the manga and the news related to the anime adaptation. In the middle section, we will be discussing the manga plot and staff details. Make sure to read this article till the end to get a clear picture of this uprising manga.

A Couple Of Cuckoos is a Japanese manga series written and illustrated by Miki Yoshikawa. It used to be a one-shot manga back in September 2019 but seeing its popularity and potential, it began serialization in Kodansha Weekly Shonen Magazine in January 2020. If we talk about the major plot of the manga, The story revolves around a 17-Year-old student. Nagi Umino just realized that he is not the biological son of his parents. He began his journey of finding his biological parents and encounters Erika, who is trying to run away from the arranged marriage. Later, they realized that they got switched at the time of work and now trying their best to fix things up. Did they get success? You need to read the manga for that.

A Couple Of Cuckoos New PV And Release Date:

A Couple Of Cuckoos, the uprising manga, revealed the major PV on 15th September and confirms the anime adaptation. The officials also revealed cast details and new posters to back things up. Shin-Ei Animations and Studios Synergy SP are working tirelessly to produce the anime. The first confirmation of anime adaptation came up with the poster. After this, the first PV was released, which hyped up the fandom. The PV is 38 seconds long and features the main protagonists and their voices in front of the whole fans. On a side note, they haven’t released much information in the PV apart from the character transitions. If we talk about the release date, It is still announced, and the anime is still in the production process, but it is confirmed that the anime will air sometime in 2022.

As we discussed above, Two great animation studios are working in the development of anime. Let’s talk about the people who are giving life to the characters. Yoshiyuki Shirahata, the one who directed Great Pretender, took charge as the director for the upcoming adaptation. Aya Takano took charge of the character design, and Yasuhiro Nakanishi is doing the composition for the upcoming anime release. Our two major protagonists, Eriko and Nagi, will be voiced by Akari Kito and Kaito Ishikawa.

The manga is also available in English and is still ongoing. Kodansha USA and is publishing the manga in English and currently have more than 70+ Chapters. A light novel adaptation is also ongoing for the same manga series.

As these two studios are developing the adaptation, there is important to know their previous works. If we talk about Synergy SP, this is the veteran when comes to anime production and known to produce top rated flawless quality anime, like Hayate no Gotoku, Hachi-nan tte, Sore wa Nai deshou!, Deatte 5-byou de Battle, Metal Fight Beyblade, Zettai Karen Children, Kakkou no Iinazuke, etc.

Where To Read A Couple Of Cuckoos Manga?

There are various websites to read A Couple Of Cuckoos manga, but the most popular and legal way is to read on Kodansha website. All the chapters are available on Kodansha website, and you can easily read it in your preferred language, be it in English or Japanese. We at Otakukart only promote legal way to consume anime-related content as it helps creators financially and motivates them to do the great work.

Here is the link to the Manga: Click Here.