9-1-1 Season 5 Episode 4 will all be about consolation and being there for a friend in need. So recently on the show, there has been more than one fighter who is struggling with their personal lives. For starters, Eddie is having a hard time moving ahead into the future with Ana and Christopher. Then there is Maddie, who quit the job as she was dealing with depression. With this, she came close to almost hurting her own baby. Then there was Athena, who was fighting and looking for Jeffrey Hudson, a rapist who escaped amidst the citywide blackout.

So the third episode of the fifth season of 9-1-1 was all about the conclusion to the Athena vs. Hudson war. Hudson got his upper hand when he made things personal with Athena by kidnapping her son Harry. Things were really bad, but Athena managed to reunite with her son. The only problem is he might not be the same after all the kidnapping by one of the worst criminals. Also, coming to Maddie and Hen, Maddie made a decision that has now left him and the baby alone. What would this lead Hen to? Here is a complete breakdown of what went down recently on the show and what we can expect from 9-1-1 Season 5 Episode 4.

Previously on 9-1-1. We opened up with a flashback of the entire Athena vs. Jeffrey Hudson saga. Fast forward to now, Hudson has kidnapped Athena’s son Harry to get the perfect revenge on her. As Michael and Athena fight over him, inviting people over. She crosses out how Hudson may have entered, and it was a matter of time a call from him comes. He promised to take something from her as she did with him. Even May finds out about the same but is asked to hold on if she wants to help. As Jeffrey is out there to get supplies from a building, Harry escapes. But Hudson took only a few minutes to catch him and force him into his car. A woman walking around with her dog saw all this struggle and recorded it. She later uploaded the video on social media, and everyone got the hang of where Jeffrey and Harry may be.’

Meanwhile, the team was assigned to treat a gunshot wound in a place where there are people who are against the authorities. But an angry Bobby forces his way into doing his job and save a life. When his mates question his tense face, he reveals about Harry’s kidnapping. Athena leaves all out on her own the moment she comes across the video of her son and Jeffrey Hudson. So Hudson himself hits the call and guides her to the same location where everyone is against the cops are having their camps. 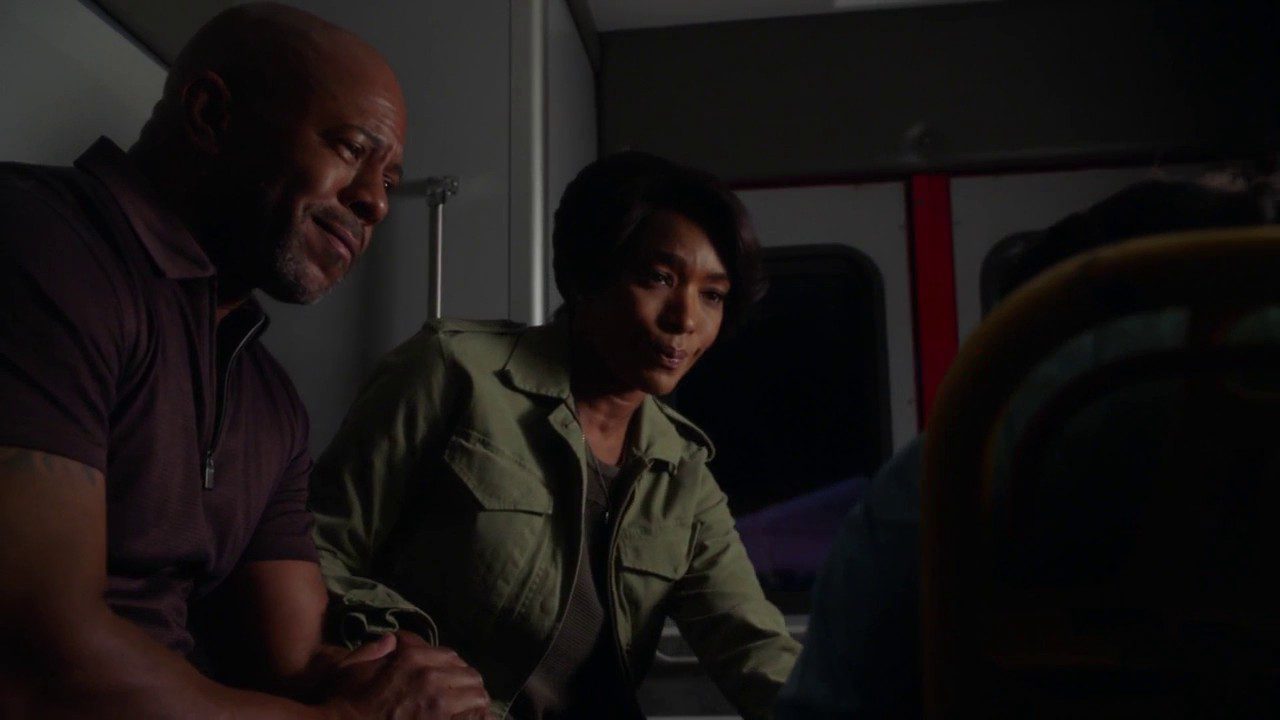 Athena arrives and gets a pass inside, stating she is looking for a cop. The video was certainly viral, and Hudson held a badge. In a matter of moments, people surrounded him. Even though he escaped, Athena followed him into the dark, where the team surrounded him. Hudson trying to take a shot at Bobby results in Athena shooting him multiple times. Now Athena may not know where her son is.

After breaking down all the evidence they have, the team finally manages to track Harry down. Luckily, he is safe and sound. The episode closes with Eddie finally revealing his feelings to Ana about how scared he is when he thinks of the future. Maddie, on her side-parted ways with Hen and the baby, with a video stating she believes she is dangerous to her baby.

9-1-1 Season 5 Episode 4 is releasing on 11 October 2021. It is titled “Home and Away”. The official synopsis of the episode says the fighter will be taking care of a case where a truck crashed into a high school homecoming parade. Harry recently had probably one of the worst kidnapping incidents. To help him get over it, Michael and Athena work together to talk him out of this.

Apart from all of this, at the call center, May faces a challenge. More than a challenge, a kind of intimidation when an individual who is literally a legend in this faculty makes his presence felt. Lastly, Hen is suffering since Maddie left him all alone in the loop to take care of the baby. He doesn’t know where she is, how she is, and what she is doing. He finds consolation in the form of Bobby, who helps him through this condition. All in 9-1-1 Season 5 Episode 4.