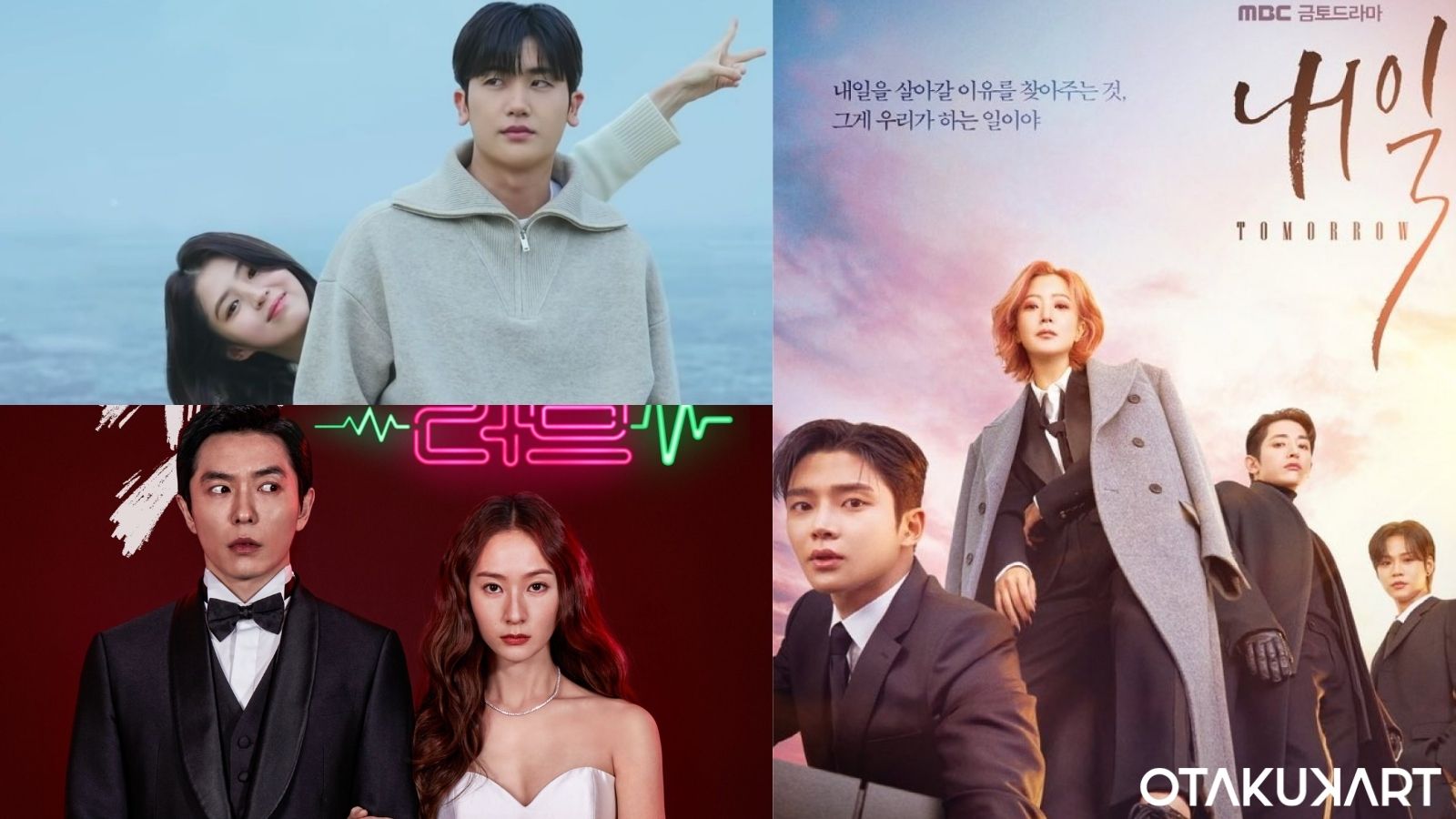 New K-Dramas will be raining next month. Hence, we made sure to update our readers with all the information regarding the K-Dramas debuting in March 2022. With Kpop and South Korean dramas becoming an integral part of pop culture, the number of fans of the category is rising with an unimaginable number. Dramas are getting recognition in the west, and some of them manage to create Hallyu Wave in the world too. Thus, you should not miss out on the list of Upcoming March 2022 K-Dramas. With exciting shows like ‘Crazy Love’ and ‘Sountrack#1,’ March is going to take up most of your hours. So, gear up, all the K-Drama lovers.

Korean dramas come in a wide range and genres. The category has something for everyone, whether a romance lover or an action. Plus, the short duration of each Kdrama has its unique charm. 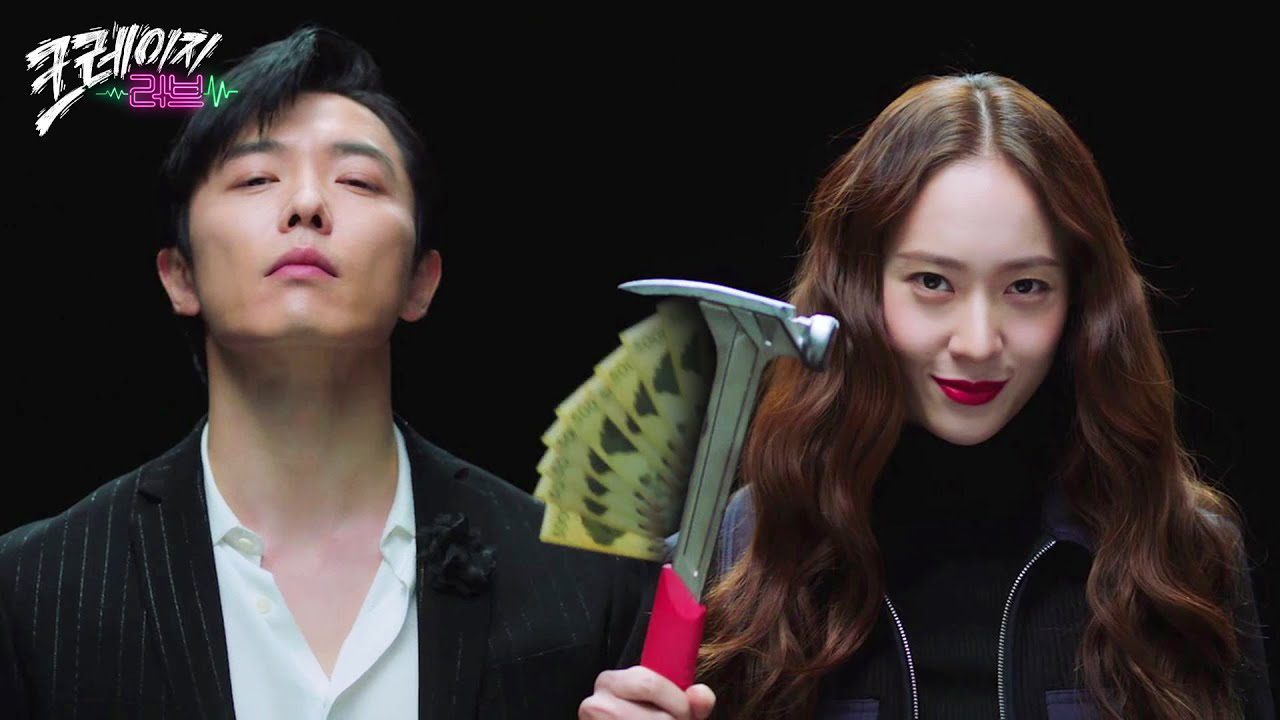 In the listicle ahead, find all the information about the dramas releasing in March 2022. And, make sure to mark down the release dates in your calendars.

Doctor Lawyer is MBC’s upcoming Medical and Law thriller drama with So Ji Sub as the main lead. The drama will showcase the life of Han Yi Han (So Ji Sub), an excellent elite surgeon. He is a master in two categories: general surgery and cardiothoracic surgery. However, after one operation, his patient dies. Although Han Yi Han is confident that he performed the surgery well, his patient could not make it. After the incident, his license gets revoked.

Four years later, Han Yi Han started working as a lawyer, specializing in medical litigations. He works hard to punish those who commit medical malpractice and fraud. Moreover, he is trying to find out the reason behind his former patient’s death. He also works with a public prosecutor who lost a family member and lover due to Han Yi Han’s surgery. 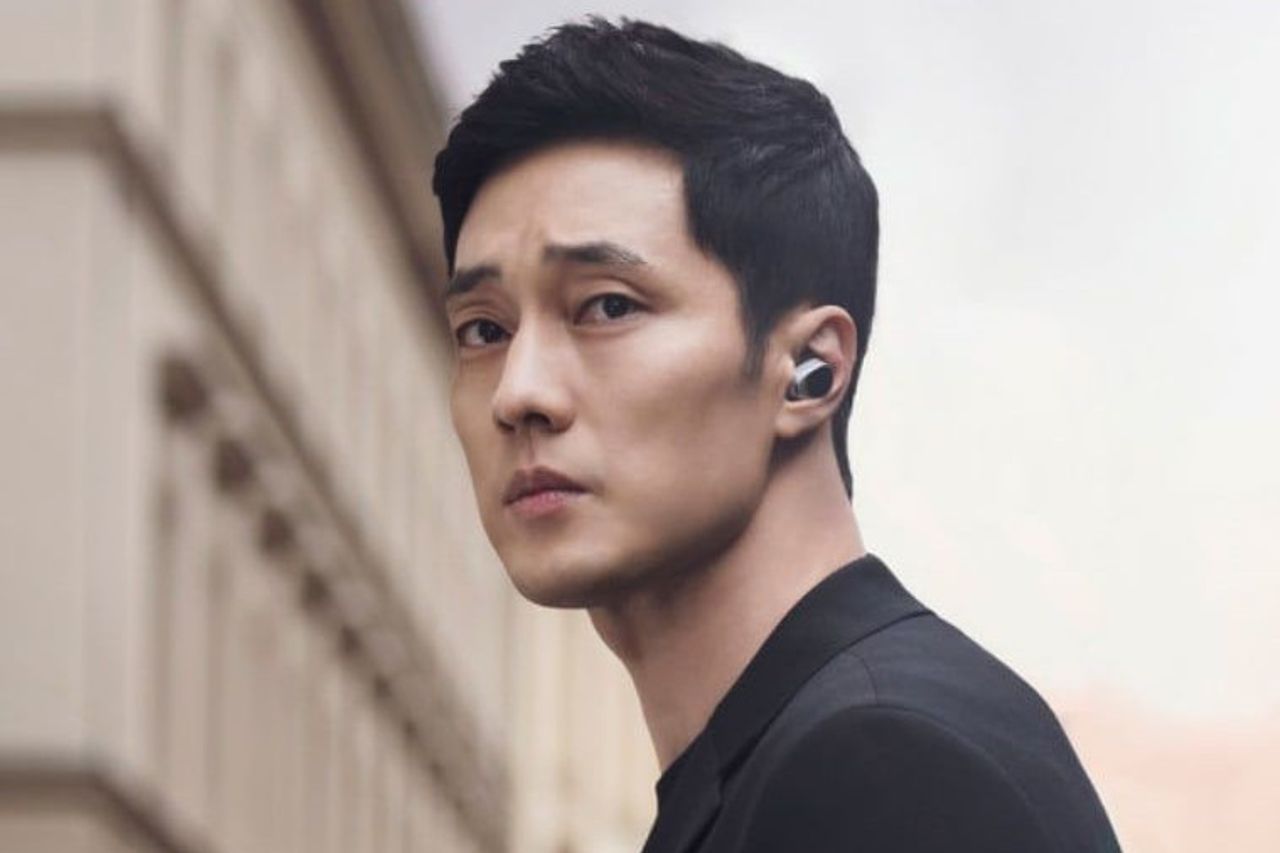 The drama will also star Im Soo Hyang as Geum Seok Young, Shin Sung Rok as Jayden Lee, and Lee Joo Bin as Im Yu Na. Fans are crazily excited since So Ji Sub will be returning to the Kdrama world after 4-year hiatus.

Doctor Lawyer comes from director Lee Yong Seok of “Haechi” and “Iljimae.” Meanwhile, Jang Hong Chul, who wrote “Class of Lies,” will serve as the screenwriter.

The highly anticipated romantic-comedy Kdrama, Crazy Love, is debuting soon. The drama is a romance between a man who pretends to have amnesia because he thinks he will get murdered and a woman who pretends to be his fiancee because she has less time to live.

Kim Jae Wook is playing Noh Go Jin, the CEO of GOTOP and the best math instructor in the country. On the other hand, Krystal Jung will take on the role of Lee Shin Ah, his reserved and extremely shy secretary. Due to her nature, she has zero presence in the company. However, when it comes to responsibility and sincerity, she is at the top.

Kim Jung Hyun of “Sassy Go Go” and “My Fellow Citizens” will be directing Crazy Love. He is widely famous for portraying dark humor in the best way possible. Thus, the fans are highly anticipating the drama.

Ha Jun also stars in the drama as Oh Se Gi, the vice president of GOTOP. He is the handsome and charming VP of the company and the only one who can calm down Noh Go Jin. After the release of Ha Jun’s still as Oh Se Gi, fans are also looking forward to swooning over him in the new drama.

Seo Hyun Jin takes on the role of Oh Soo Jae, a brilliant lawyer who is all about her principles and determination. She has repeatedly proved why she is one of the best lawyers. And her hard work also made her the youngest partner at the country’s most prestigious law firm. While on her way to becoming TK Law firm’s best attorney, her life changes drastically. After taking on a case, Oh Soo Jae must face her career trembling down. As a result, she gets demoted and is forced to work as an adjacent professor at a local law school.

She decides to give 100% to her new job, but the pain of her demotion still haunts her. Her life changes a little when she crosses paths with Gong Chan (Hwang In Yeop), a student at the university. He gets smitten with Oh Soo Jae, even though he suffers from his own past.

The audience is looking forward to seeing Oh Soo Jae’s determination and Gong Chan’s support and love. And will it be able to bring happiness to them?

Kim Ji Eun of “Lie After Lie” will write the screenplay. Meanwhile, Park Soo Jin of “While You Were Sleeping” will direct the drama.

Since, Why Her is a Viki and Viu original, it will be available to stream globally.

Choi Joon Woong (Rowoon) finds it hard to get a job. Even though he graduated from a prestigious college, has wealthy parents, and seems to be a perfect guy, he could not find a job. One night, he encounters the angels of death: Gu Ryeon (Kim Hee Sun) and Im Ryoog Gu (Yoon Ji On). The two are a part of the crisis management team, where Gu Ryeon is the leader, and Im Ryoong Gu is a member. The crisis management team works with the objective of saving suicidal people. Choi Joon Woong also joined the team and became the new member of the crisis management. Lee Soo Hyuk will also star in the drama as Park Joong Gil, the intimidating grim reaper.

Tomorrow is adapted from the webtoon of the same name by Llama. Kim Tae Yoon will be making his drama directorial debut with Tomorrow. Moreover, fans are looking forward to seeing Rowoon in an action drama, unlike his usual romance.

Tomorrow will be easily accessible for people to stream online since it will release globally on Netflix besides its production network, MBC.

Next on the list of most anticipated K-Dramas of March 2022 is Soundtrack #1. The drama will have only four episodes; however, its trailer has already swept viewers, making sure to get the drama on their watchlist. The drama follows the life of two people who have been friends for two decades. However, after they live together for two weeks, the mere line between Love and Friendship starts disappearing.

Park Hyung Sik will star as Han Sun Woo, a handsome rookie photographer with a warm character. On the other hand, Han So Hee will play Seo Eun Soo, a lively girl who likes to express her emotions openly. Three years ago, she got the chance to become a lyricist. Now, the love between Han Sun Woo and Seo Eun Soo blossom through music composition and words.

People are very excited to watch the drama. Furthermore, they are looking forward to seeing the story told in just 4 episodes. Kim Hee Woon, who directed “Vincenzo” and “The Crowned Clown,” is directing Soundtrack #1. Meanwhile, Chae Yoon, who wrote “She Would Never Know,” has penned the screenplay.

Soundtrack #1 will be globally available to stream on Disney+. However, the streamer is yet to share its release date.

Last on our list of upcoming March 2022 K-Dramas is Monstrous. The tvN drama is another drama viewers are waiting to witness as soon as possible. It will depict the bizarre phenomenon happening in Jinyang County. Moreover, viewers will get to see answers being unveiled in the lives of different people.

Jung Ki Hoon (Koo Kyo Hwan) searches for strange and supernatural phenomena as an artist. Byt, after working on a case, his life changes. Now, he runs an Occult magazine – Monthly Strange Story- and operates a Youtube channel with the same name. Because of his ex-wife, Lee Soo Jin (Shin Hyun Bin), he goes to Jinyang County to study Gwibul (a Buddha statue possessed by Evil Spirit) and encounters strange and bizarre phenomena. 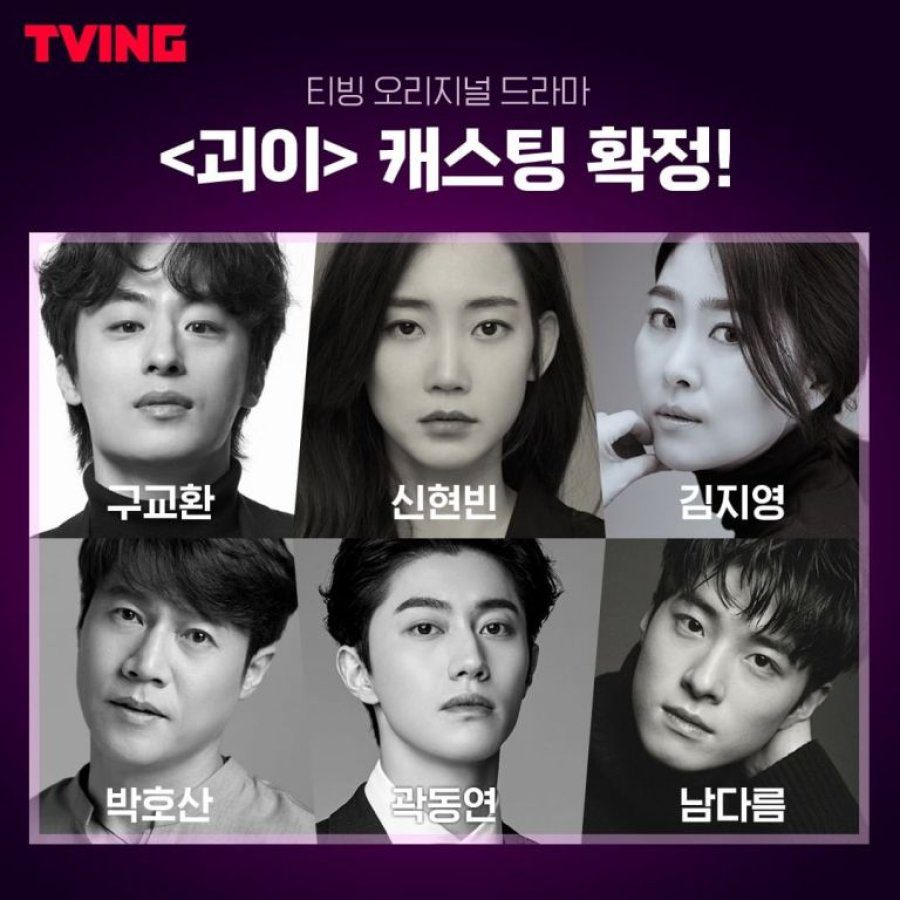 The cast of Monstrous (cr: TVing)

Lee Soo-Jin is a brilliant archeologist who used to decipher symbols and letters. After losing her only child, she goes to Jinyang County and faces the same bizarre phenomena. The drama also stars Kwak Dong Yeon, Kim Ji Young, Park Ho San, and Nam De Reum in leading roles.

The release date for Monstrous is not announced by tvN yet. But, the drama will have only six episodes. Jang Kun Jae will make his drama directorial debut with the drama. Meanwhile, Yeon Sang-Ho and Ryu Yong Jae will write the screenplay.

Among all the k-Dramas, which one are you looking most forward to binge-watch this March 2022?

Also Read: Our Beloved Summer Filming Locations: Can You Visit The Places?