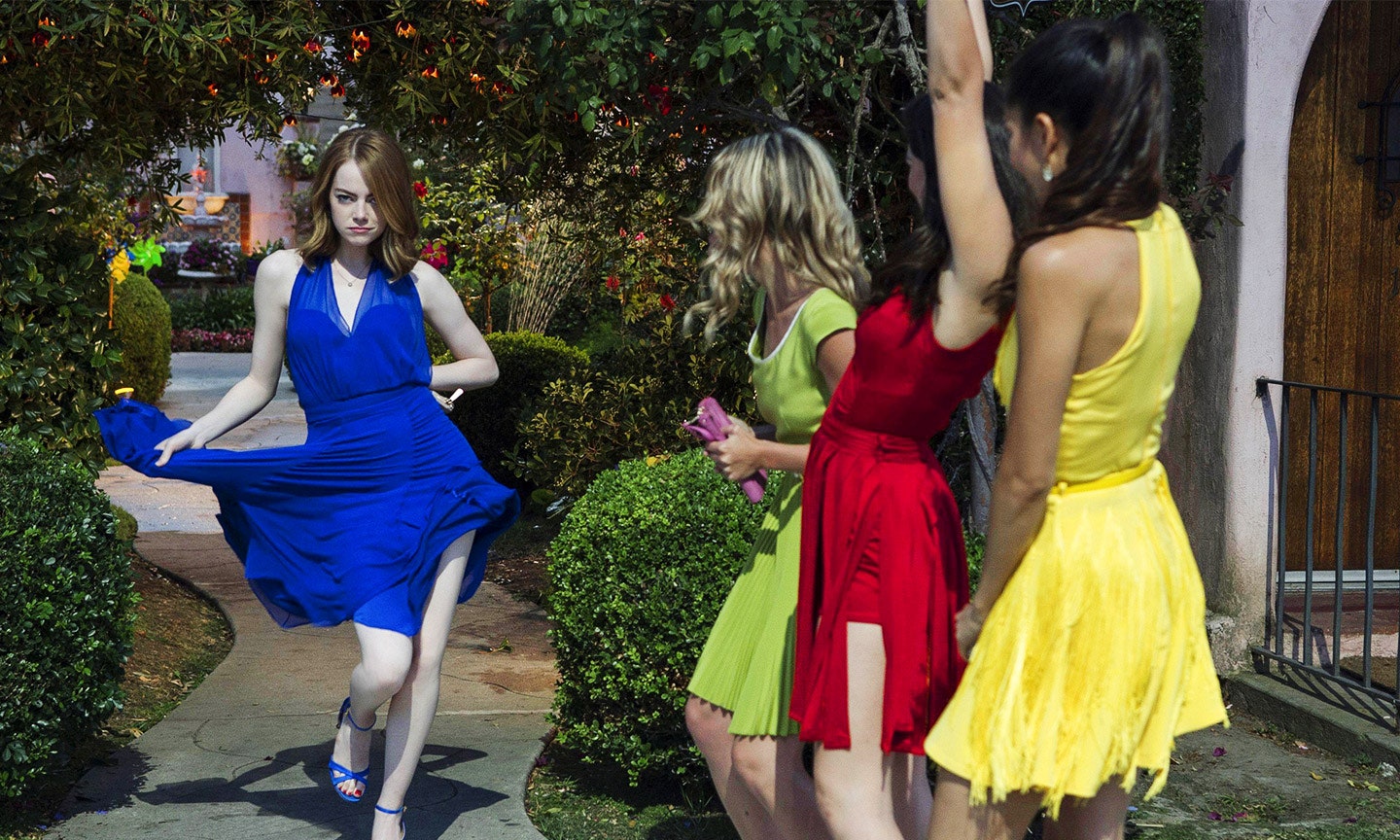 Musicals have always been special for a lot of us since the birth of entertainment. There is something about witnessing a good musical that just gets to us. It could be the feel-good factor associated with them or the multiple channels of expression they present as a package. Whatever the reason, the bottom line here is that all of us love a good musical. This is a genre onto itself and multiple others intersect with it to make it great.

There are multiple musicals out there that meet the requirements of a good work of entertainment. These might be drama, romance or comedy even. Whatever you are in the mood for, rest assured that there is a musical for you that would match it. We have curated a list of five of the best musicals out there for the audience to watch and enjoy. So if you are someone that is new to this world or is someone that is simply looking for suggestions, you are in the right place. Read on if this sounds like something you would want to know more about!

A Star is Born is a 2018 musical chronicling the life of a musician. It was directed by  Bradley Cooper with a screenplay by Cooper, Eric Roth and Will Fetters. The movie first premiered in 75th Venice International Film Festival on August 31, 2018, and then later released as a full-length film in October. The cast features Lady Gaga and Bradley Cooper in lead roles – incentive enough to watch the film right away. The movie was received well by the audience when it first came out and had garnered a special fan base amongst viewers. The film is emotionally intense and is for anyone that likes romance as a genre.

The plot revolves around a musical couple – Ally and Jackson. Soon into their relationship, Jackson realises Ally’s musical potential and encourages her to follow her passions. The rest of the movie follows the events that happen while she is at it. This is not only a film for Gaga-Cooper fans but is for every person that thinks musicals have a special way of changing a person’s life for the better!

We don’t have to tell you about this one if you know the first thing about musicals. What excited us, even more, is that you can now enjoy this masterpiece as a full-length movie and we are all the better for it. This film came out in 2020. It was directed by Thomas Kail with music and screenplay by Lin-Manuel Miranda.

This is a storyline we are all familiar with. It follows the life and times of Alexander Hamilton who is an orphan. He goes to New York looking for a job and ends up working for George Washington. He works his way up the hierarchy and soon after the American Revolution, be becomes the first Secretary of the Treasury of the US. The plotline focuses on all the challenges he faces along the way and everything he had to sacrifice to achieve his dreams and goals. This musical is moving and inspiring and overall a great watch.

Two words: Freddie Mercury. This film stole hearts right the moment it premiered on the big screens and knowing the stellar performance the cast had delivered, we aren’t quite surprised that it did. The film came out in 2018 and fans couldn’t stop talking about it ever since. It was directed by Bryan Singer and had the following stars as part of the lead cast:

The film follows the life and times of Queen’s very own Freddie Mercury. It covers everything his induction int the rock band that would go on to change many a life to his death. In the process, it also shows Freddie’s own struggles with superstardom, his growing ego, his struggle with coming to terms with his sexuality and the fatal illness that would cost him his life in the end. This is a great watch not only for fans of Queen but for anyone that likes a piece of good cinema for Bohemian Rhapsody is that and more.

If you thought this list would go anywhere without this masterpiece in it, you couldn’t possibly be farther from the truth. The Greatest Showman really is just that – the greatest. It is one movie that we all knew we would love ever since news of its production hit the internet. If the plotline is not enough to make people fall in love, the casting is even better. The movie was directed by Michael Gracey and has the following stars in lead roles:

The plot of the movie follows P T Barnum whose dream is to become one of the best showmen in the history of the trade. He soon does everything in his power to achieve this dream of his and manages to garner a good number of fans worldwide. Along with his team of players, he takes the art to a whole other level with his imagination, skill and drive. This musical is entertaining and will have you singing along to it in no time.

This is classic in every meaning of the term and it doesn’t matter that the film is extremely new. La La Land came out in 2016 and fans went berserk. This film has everything you would expect from a musical. It is not only fun to watch but also has a plotline that is unbelievably tight-knit. The movie was directed by Damien Chazelle and went on to bag several awards including Academy Award for Best Actress in a Leading Role. La La Land features the following stars in the lead:

The plot of this film follows a young couple called Sebastian and Mia. They find a mutual love for music and theatre and this binds them together. They soon start gaining the attention of people around them and make it big in the industry. But as their success grows, they notice that it has begun to take a toll on their relationship. Will they let their passion tear their love affair apart or will they choose the latter? Watch the film to find out!

Read More: All Movies Based on Nicholas Sparks’ Novels – Ranked