With the series about to release its new season, fans are wondering about how to watch The Cuphead Show. This is an animated comedy television series that gives us the deja vu of old cartoons that we used to watch in the 90s. Dave Wasson has created the episodes. The concept is kind of based on the Canadian video game called Cuphead. Upon its release with the first season, fans approved of how the animation and voice acting had been done. The audience especially loved the feeling of old animation that came along with this series while it also had the elements of modern cartoons in the same.

The story of the series is set in the 1930s. Here, we see two cup brothers who live with their grandfather and caretaker named Elder Kettle. Cuphead and Mugman live in an anthropomorphic world where inanimate objects are given life and treated as humans.

With each episode of the series, we see the other setting on adventures and learning a lesson in the end. The format is repetitive and is often criticized by the viewers. But all of this was overshadowed by the nostalgic feeling of the good old comedic days. The family lives in a teapot-shaped cottage on Inkwell Isle. 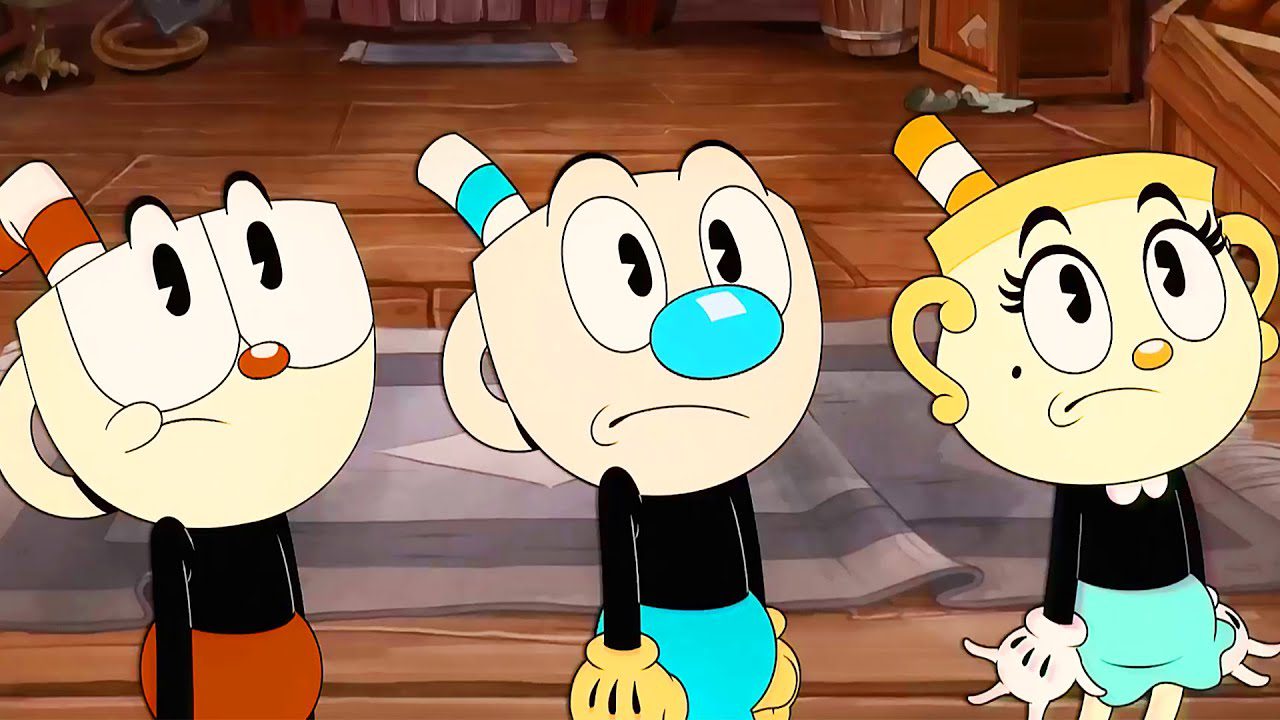 A still from The Cuphead Show

We see the Cuphead and Mugman getting out of daily chores in order to have fun of their own. They come across the characters which she saw in video game source material. Also, the main evil in this series is the Devil. He wants to have the soul of Cuphead, but somehow, the brothers manage to always get out of his grasp.

He is the main antagonist and appears in a variety of episodes. In the first episode of the series itself, we saw how the Devil lost to Cuphead in the game that he specially curated to snatch the soul of others. Thus, he thinks that Cuphead’s soul is rightfully his. But the two brothers always manage to get out of his grasp in some way or the other.

How to Watch The Cuphead Show Season 3 Episodes?

The Cuphead Show Season 3 can be watched easily when the new episodes are released on Netflix. The entire new season is planned to drop out on the platform on the 18th of November, 2022. The platform costs 8.99 dollars a month for a basic recharge plan with limited device connectivity. The higher version with multiple benefits is slated at 15.99 dollars and 19.99 dollars a month. The higher the version, the higher the benefits, such as multiple device connectivity and better video quality or 4K video quality.

In The Cuphead Show Season 3 Episode 1, we will witness that Mugman is still kidnapped. The Devil has him in his grasp and prepares to snatch his soul instead of Cuphead’s. This means that his brother is also ready and will be seen trying to devise a plan to save his better half.

Back during the ending of The Cuphead Show Season 2, we saw that the Devil is badly humiliated. He has missed a deadline to bring Cuphead’s soul into the Inkwell Hell. Thus, he plans to land another mission in order to terrorize the Inkwell Isles. The problem comes when the Devil forgets his pitchfork in the woods, and now it is lost.

What we see next is a desperate attempt to save their soul by the Cup brothers. But ultimately, the Devil slips up and tells the duo about the expired debt date of his soul. Now, Cuphead is in possession of Devil’s pitchfork and refuses to give it back. As revenge, the Devil kidnaps Mugman. Cuphead is shocked at this act, and now, the future of the brothers will be seen in the upcoming episode.