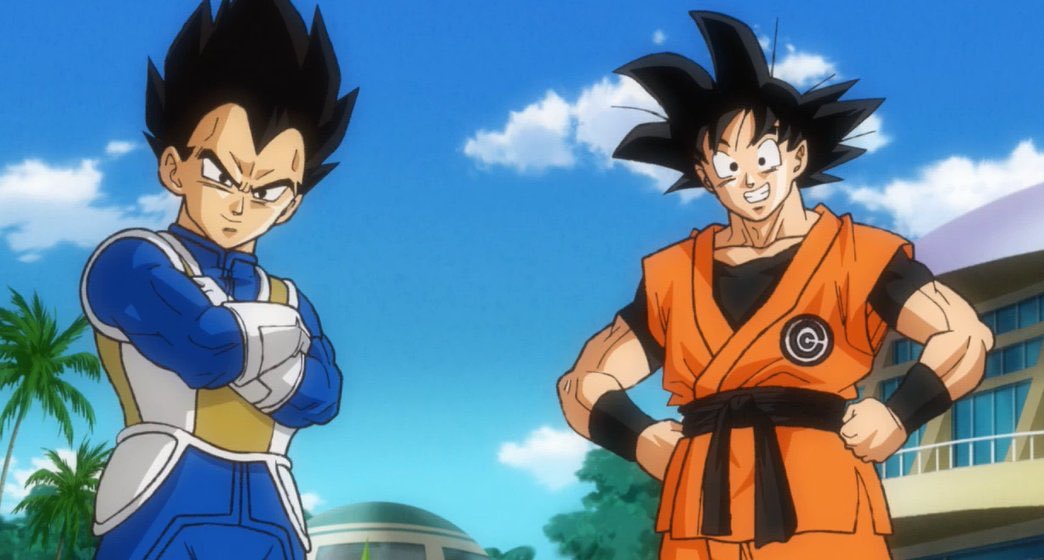 Dragon Ball franchise is working on a new season of Dragon Ball Super anime. With a new season, we will also get a new look for Goku and Vegeta. Over the years we have seen many new looks of these characters and now soon we’ll get these two characters in brand new outfits.

Before we begin, please note this post may contain spoilers from the upcoming season of Dragon Ball Super. If being spoiled is not for you, I suggest that you stop reading the post here. However, if spoilers don’t bother you, we can get started. Also, note that we did not create the spoilers or leak them.

What are Goku and Vegeta’s New Outfits?

The teaser picture of the upcoming new anime has been revealed and it shows us new polished looks of Goku and Vegeta. First, let us discuss the outfit of Goku. Goku has been seen experimenting with his clothes quite a lot but mostly he likes to dress in a minimal amount of clothes enabling him to use his power freely. The latest version of his clothes reveal that he is wearing black coloured inner clothes with black armbands which is a new look indeed for him as far as his gi is concerned, he is wearing an orange one as usual but this time it has a different shade to it. Goku looks cool in his new outfit.

Talking about Vegeta and his new outfit. His clothes consist of an upgraded version of Saiyan armour which he is always wearing. So, this is not an entirely new outfit but it is sort of an upgraded version of his old retro outfit. I certainly love both of the outfits. They will be equipped with these new outfits in the upcoming season of Dragon Ball Super. We will get to see Goku and indeed Vegeta as well in all-new powerful battles and new characters will be introduced. Are you guys excited about Dragon Ball Super new season?

Dragon Ball Synopsis:
For those who don’t know about the main story, I’m going to give you a brief insight into it. The story is about Goku who is a kid with a tail. He is one of the few Saiyans alive. He leaves on an adventure to explore the world and collect the seven dragon balls which grants one wishes that a dragon can make come true. It is indeed a wonderful series to follow.

In this article:Dragon Ball, spoilers