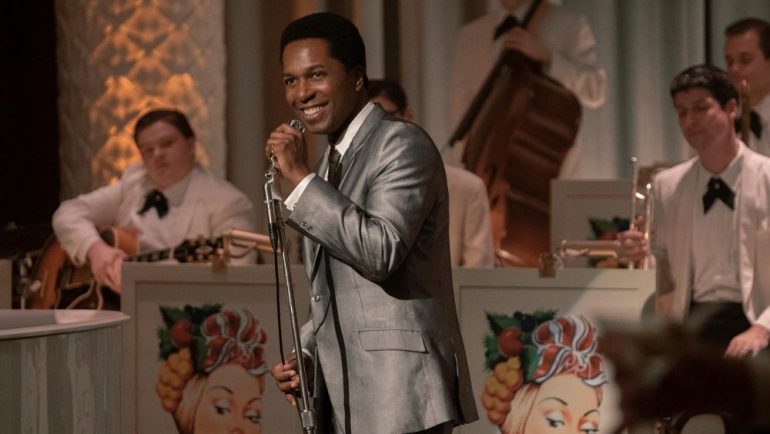 Well, well, we are now being done with the old content, and all eyes have turned towards 2021. As for the Amazon Prime Video, every subscriber hopes to get fresh content to binge-watch next year. Obviously, even the streaming platform is trying to prove itself among the streaming wars. This time, they are doing so with a bunch of Oscar-worthy films as well as new shows.

Next month, we have Amazon Prime Video getting into the awards race with One Night in Miami, which the directorial debut of Regina King. This drama portrays a fictional meeting that has happened between Malcolm X as we as Muhammad Ali and Jim Brown with Sam Cooke. The location for this is set to a Miami hotel room in 1964. This happens immediately after the titular win of Ali over Sonny Liston. We have seen that One Night in Miami has earned up plenty of Oscars hype to this point in time.

As of right now, the Fresh rating of the series on Rotten Tomatoes is 97%. Well, this is the time that you all do some favor to your soul and settle in to watch the powerful legendary Black men. Also, in this drama, the role of Malcolm X is reprised by Kingsley Ben Adir. Eli Goree enacts the character of Muhammad Ali. Aldis Hodge plays the part of Jim Brown. Leslie Odom Junior reprises the role of Sam Cooke. The timeline for the film is set for 1964.

Well, are you in the mood for something a bit light? Then, we have a list of content releasing in January on Amazon Prime Video. It will treat all the subscribers to a variety of titles. This includes the beloved TV sitcom, How I Met Your Mother, and other TV shows and films.

When A Man Loves A Woman

This is a film released back in 1994. The project has been directed by Luis Mandoki and stars Andy Garcia and Meg Ryan in the lead roles. Then we have Tina Majorino, Ellen Burstyn, Philip Seymour Hoffman, Mae Whitman, and Lauren Tom. The screenplay for the film was penned down by Al Franken as well as Ronald Bass.

A Night at the Roxbury

This is an American film that dropped off back in 1998. The genre of the project excels in the department of comedy. The film’s plot is actually based on a recurring sketch on the long-running Saturday Night Live, which is called The Roxbury Guys.

Brothers can be considered a 2009 physiological drama film set during the war and originating from the United States. Jim Sheridan has directed the tale. All this while, its screenplay has been penned down by David Benioff. This is a remake of the viral Danish film that was released in 2004. The plot throws the entire spotlight on Captain Sam Cahill. He has been presumed to be a dead prisoner of the war that is happening in Afghanistan. He is a person who deals with post-traumatic stress. The film stars actor Jake Gyllenhaal as his brother while Natalie Portman does the part of his wife.

Confessions of a Shopaholic

This an American film that has released back in 2009. The genre of the project is all about romance as well as comedy. This tale’s plot is entirely based on the first two entries in the Shopaholic series novels that have been penned down by Sophie Kinsella. The film has been directed by P. J. Hogan and stars actress Isla Fisher. She does the part of a shopaholic journalist. Then we have Hugh Dancy, who reprises the role of her boss.

This is an American tale that dropped off back in 2012. The genre of this film is all about comedy. It has been directed by Shari Springer Berman as well as Robert Pulcini. The film has been adapted from a screenplay penned down by Michelle Morgan. The project employs actress Kristen Wiig in the character of a playwright who portrays suicide to win back her ex. These events only add up to her falling in the custody of her gambling addict mother, whose role has been reprised by Annette Bening.

Gretel and Hansel’s genre is all about being a dark fantasy horror tale based on folklore from Germany called Hansel and Gretel penned down by the Brothers Grimm. Oz Perkins has directed this film while its producer is Fred Berger. Rob Hayes has written the screenplay of the film. The plot of the tale throws the entire spotlight on Hansel and Gretel as they enter the dark woods to find work and food. Although, while they do so, they stumble upon the home of a witch.

This is an American sitcom that has been created by Craig Thomas as well as Carter Bayes for CBS. Pamela Fryman is the one who has helmed this TV show. The show ran from 2005 till 2014 and threw the entire spotlight on the main character, that is, Ted Mosby. We also witness his group of friends in Manhattan, New York City. As a framing device, we witness that Ted is narrating to his daughter Penny and his son Luke these stories in 2030 about the events that happened from 2005 till 2013. This has all led Ted to meet their mother.

Granchester is a British ITV drama that is all about detectives. The show’s timeline is set for 195ps in the Cambridgeshire village that goes by the same name. The show has employed the first Anglican vicar, Sidney Chambers, and the subsequent vicar, that us, William Davenport.

Continue reading: Period Films That Help You Travel in Time: a 2020 Watch List.