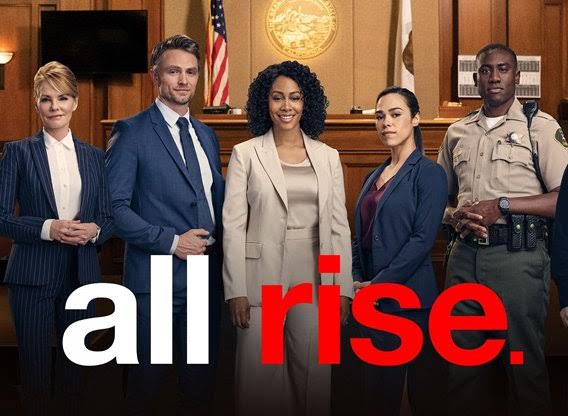 All Rise Season 1 Episode 14: Release Date, Plot, and Where To Watch?

All Rise is all set to come back with its 14th episode this Monday. Last Week on January 27, 2020, the 13th episode of All Rise aired, and it was titled ‘What the Bailiff Saw’. The upcoming All Rise Episode 14 will be airing this week, and we will be talking about the release date, streaming, and everything we know about it. The article contains spoilers, so proceed with the utmost care. If you don’t want spoilers, this article is not for you.

When is the All Rise Episode 14 releasing?

All Rise Episode 14 is an American legal drama television, created by Greg Spottiswood. The show first premiered on HBO on September 23, 2019, and has a runtime of 45 minutes. The upcoming episode of All Rise is titled ‘Bye Bye Bernie,’ and it will air on February 3, 2020, at 9:00 p.m. US time on CBS.

The show does not have any promo videos currently.

Where to watch All Rise Episode 14?

You can stream All Rise Episode 14 online on CBS All Access streaming app or tune in to CBS at the above mentioned time for the people with a cable subscription for the channel.

The show also premiers on Hulu with Live Tv and Amazon Prime Video. The episode can be streamed at unofficial platforms as well, but in that case, it won’t benefit the creators of the series much.

What is All Rise about?

The show follows the cases and personal life of the judges, prosecutors, and public defenders in the Los Angeles Municipal Building. All Rise showcases a diverse background of all races and gender and put a spotlight on modern issues. The characters are brave and not afraid to stand up for right and wrong. They contribute to the script in their way sharing the story of their own. The show casts Simone Missick as judge Lola Carmichael, Wilson Bethel as Deputy District Attorney Mark Callan and Jessica Camacho as Emily Lopez in lead roles.