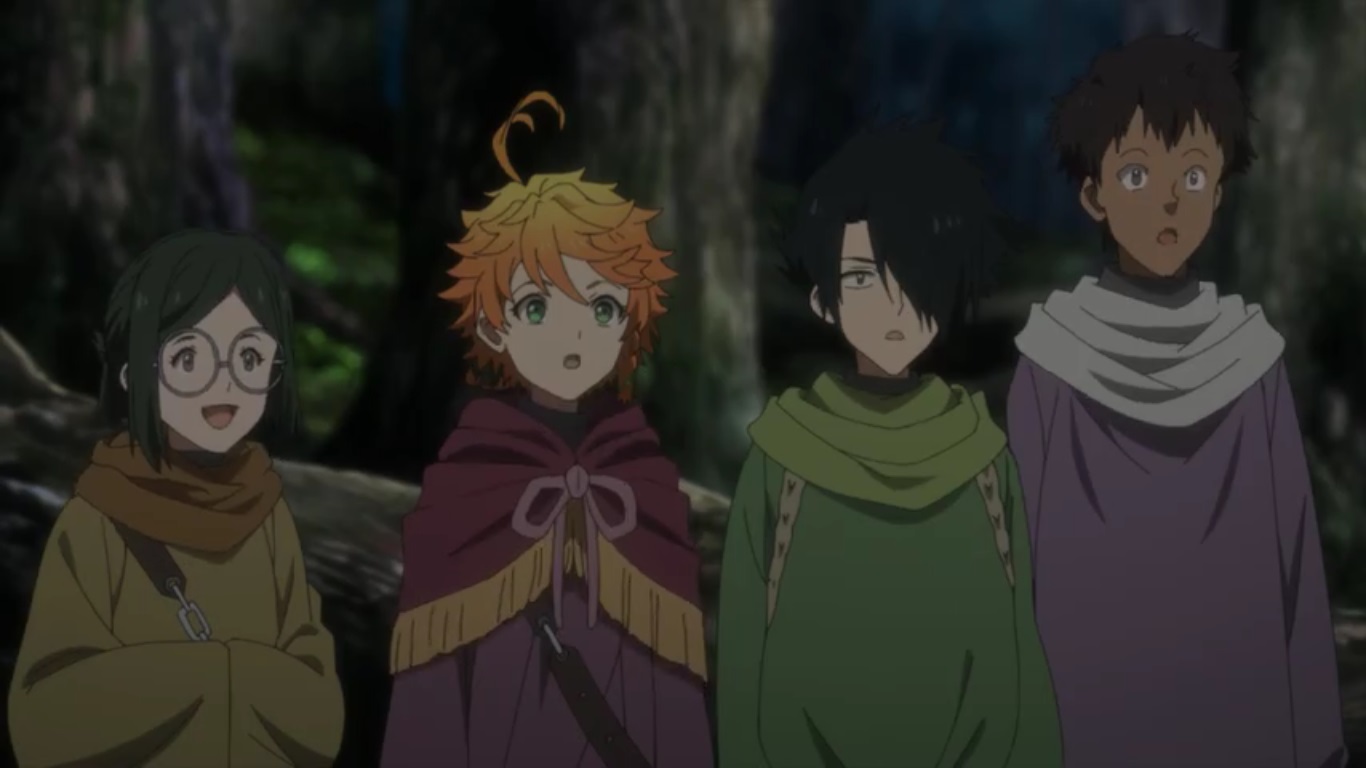 The Promised Neverland Season 2 Episode 5 came out with a little time skip this week. Last week’s episode saw the farm continuity with its pursuit of the escaping children. They went as far as hiring a private army to recapture them. But when this method failed, they decided to send the kids’ biological mother. She has not caught up with them yet and did not even make an appearance this time. Base on the way things ended up in the last episode, we don’t even know if she will catch up with them.

Last week’s episode saw the kids take a journey to a very far destination. Its name is not yet disclosed. But William Minnerva’s recording tells them that they should follow it if they want to escape to the human world. Several weeks came and passed ever since then. And the kids have been on the run for a year now. News about the escape has even reached as far as many demon towns. The Gracefield farm is known for its top-quality products, and now that all of its kids have escaped, it is not good news for them. 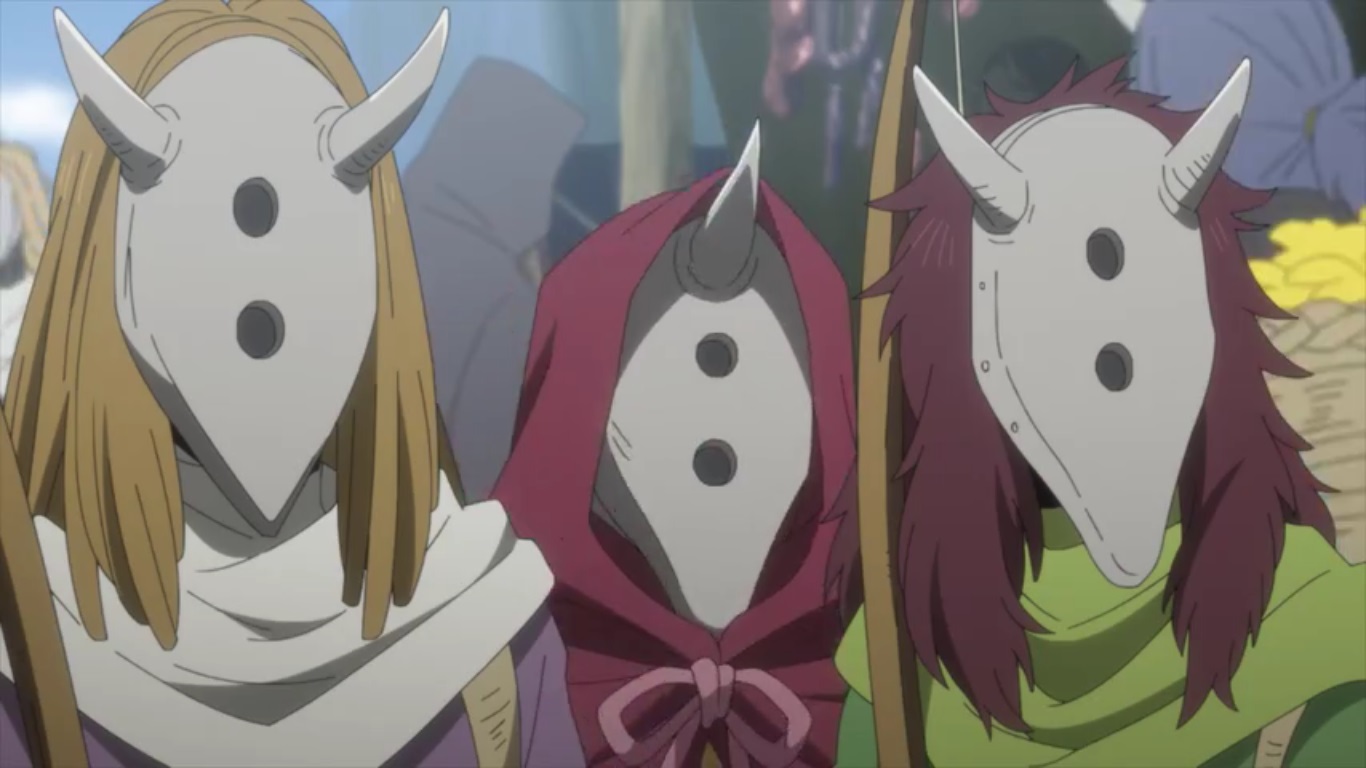 In the last week’s episode of The Promised Neverland, we saw the kids making a run from their newly-found hideout. But this week, the episode skipped several weeks when the kids now live inside an abandoned temple within a demon town. Emma and Ray are the ones the usually shopping for supplies using their demons disguise masks. In the temple they live, it seems that it is abandoned, and the demons consider it cursed.

This makes it a good hiding place for the kids, but an old lady demon comes once in a while to give prayers. She thinks that Emman and the kids come there to play and warn them to stay away from the temple. It looks like most of the demons in the town have abandoned religion. And this old lady might be the last one of those that still practice such religion. She is blind, meaning that Emman doesn’t need to wear masks around her as she can not see her face. She only uses a certain scent to mask her human scent so she can blend within the demons’ society.

On Emma and Ray’s next shopping, then some of the kids asked to go with them. But they knew that it would be dangerous to bring them. The kids managed to convince Emma and Ray to take them along. With their masks and scent masking, they blended well in the demon’s society. But things got worse when suddenly some demons can smell the human scent amongst the town’s demons. They pinned this down to Emma and the kids and started pursuing them. 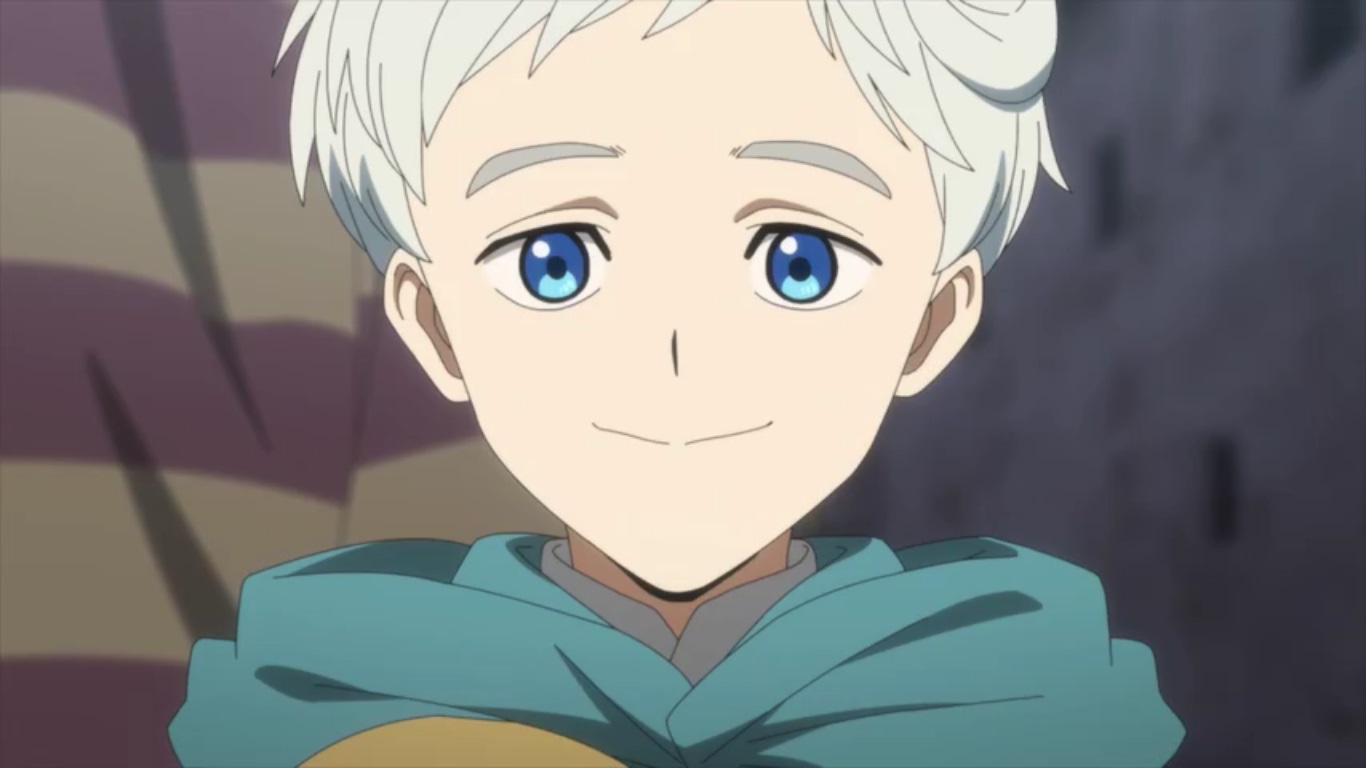 Emma and Ray managed to outwit the demons so that the Kids can escape. But this led them cornered, although they managed to shake down the first demons that were chasing them. But some strange demons were watching from a distance and finally cornered Emma and Ray. They thought they were done for, and things got worse when the first demons chasing them made it back to where they are.

Emma and Ray were pincered in between, but the second group of the demons immediately killed the first group of demons, which shocks Emma and the Kids. They took off their masks, and it was really Norman. We are not yet sure what would be happening because everyone thought that Norman was dead. And now, all of a sudden, he appeared in front of them within a demon’s town and is on their side.

What they can do right now is to accept the help as they were stranded. So in the next episode, we will hear about how Norman stayed alive all this time. Or if this could be another trick by the farm as it tried to get the kids back. For more updates on the episodes of animes relating to this week, you can look at our anime news weekly updates. Or if you also follow the manga, you can read our weekly manga highlights to see which manga chapters will be releasing new chapters this week.