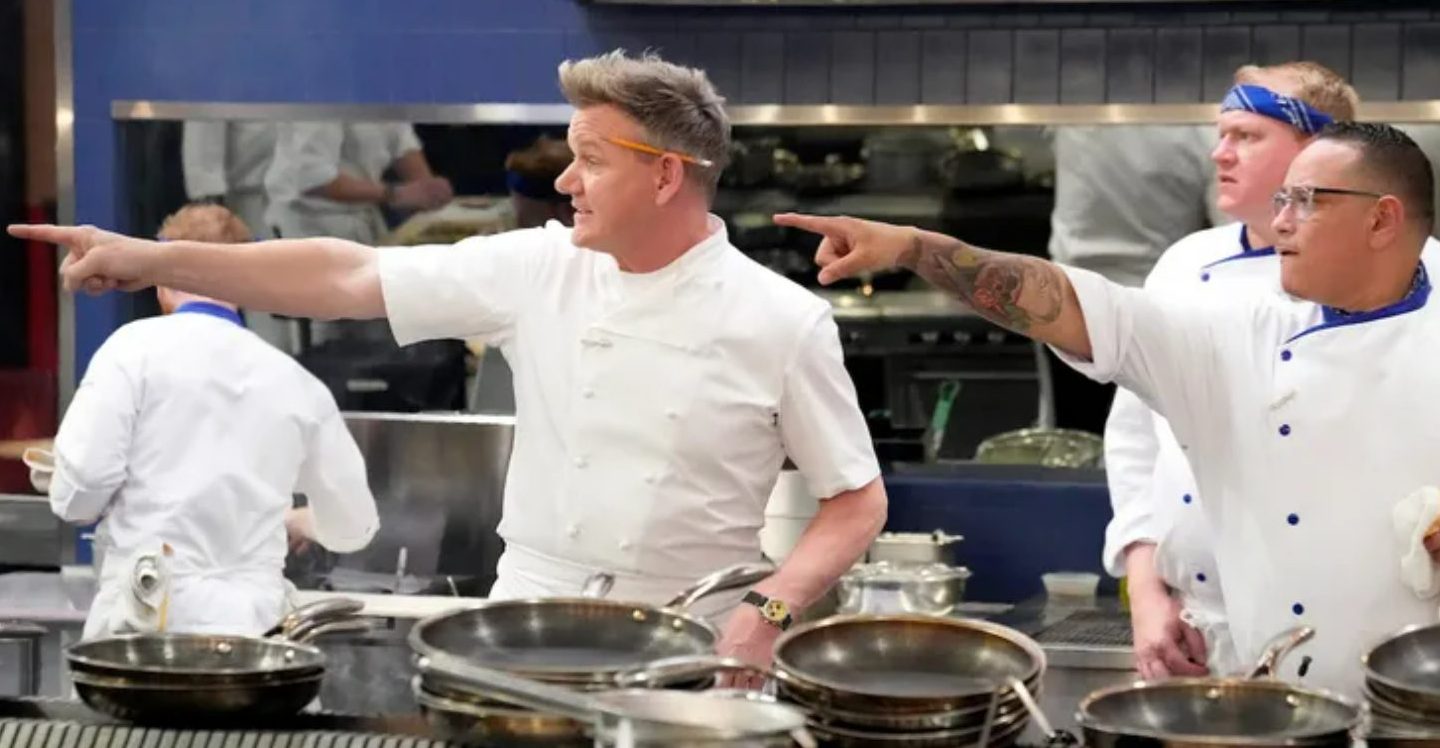 The first person to lose his cool is Abe, who tells Billy he doesn’t receive the respect he feels he deserves. He feels insecure going toe-to-toe with so many chefs half his age, but he also has class concerns, which contribute to some of his hatred. He cries out, “I’ve never had anything,” and adds Later, when he and Alex are arguing.

He says that he feels judged because some of the other chefs are “more educated” than him. There has been a gap between chefs who attended culinary school. And chefs who rose through the ranks from being dishwashers for as long as there have been cooking shows.

What Happened In The Last Episode Of Hell’s Kitchen Season 21?

In any case, Abe’s rage is apparent as he declares to Alex, “I want to tear his bitch ass down,” and the blue team pays the price. However, before the thunderclouds fully materialize, there is a brief period of lightness. Ramsay presents the daily task by showcasing previous wedding pictures of the competitors. 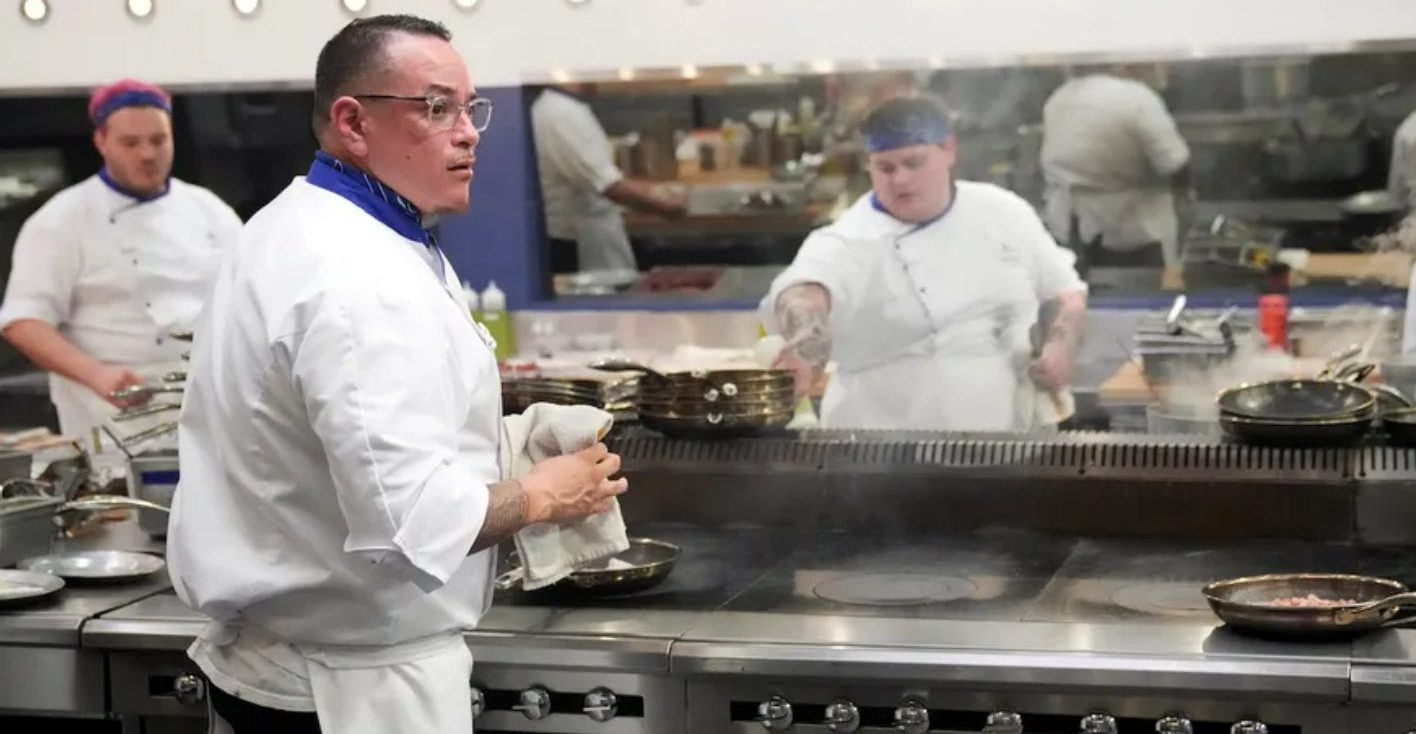 A wedding has arrived in Hell’s Kitchen. Everyone breaks down in tears and cracks jokes about Ramsay’s hair in his wedding picture. Trenton, the winner of “Hell’s Kitchen” season 20, is the bridegroom, and Ramsay claims that Trenton is still the head chef in one of the Las Vegas eateries.

He proposed to Macy after winning, and now they are getting married. The cooks will prepare the cuisine for their bridal party. They must prepare three appetizers, including scallops, shrimp pasta, flatbread, and entrees of steak, chicken, and seafood.

The blue and red teams will compete for each dish, and the winning dish will be served for dinner. As per usual, the winning team escapes with a penalty. The chefs satisfy Trenton and Macy’s requests for comfort food with lots of flavor and spice. While Sommer triumphs with a blackened halibut over bacon cream and collard greens.

Billy earns his keep with a pan-seared scallop topped with corn puree and pickled okra. On the other hand, Alejandro thinks outside the box with a flatbread containing chorizo and mussels that Spain inspires. The blue team wins thanks to Brett’s twice-baked chicken, braised collards, and mustard greens. 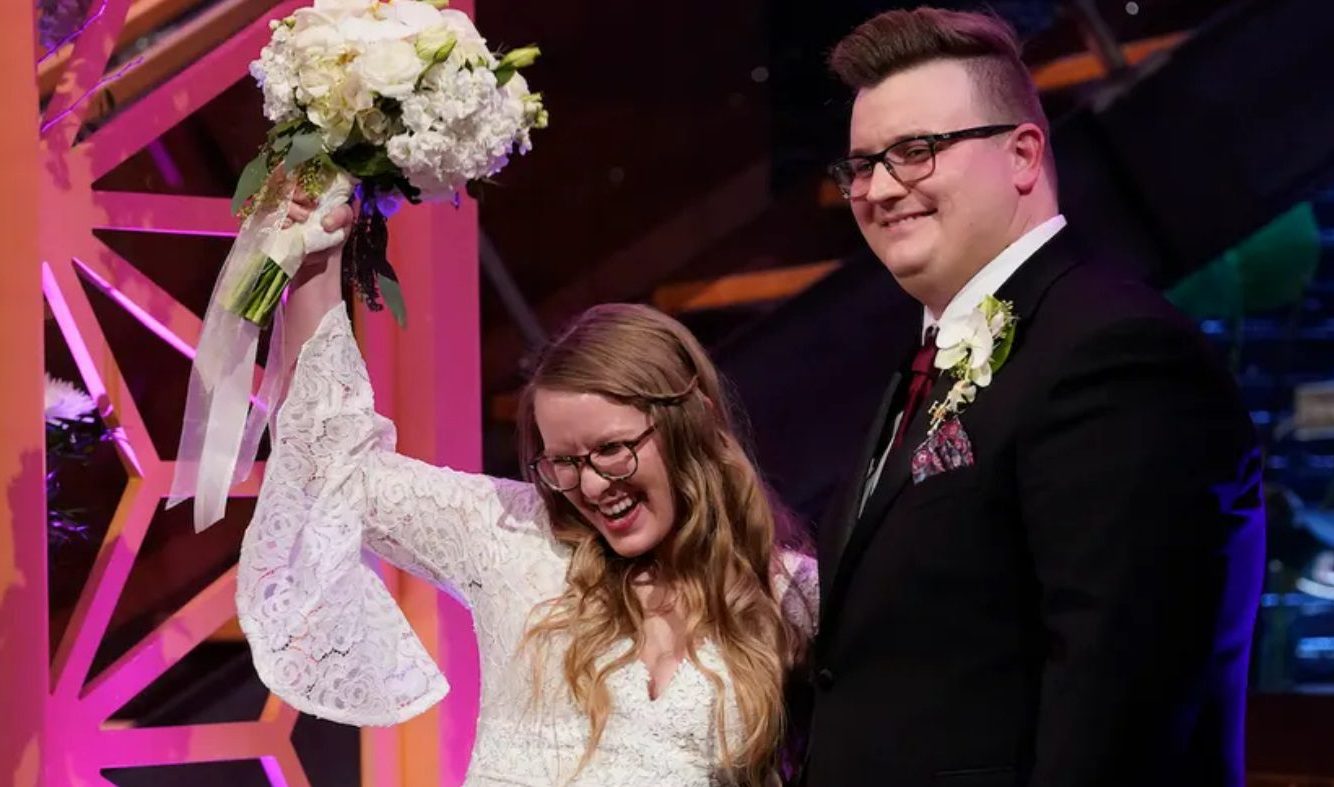 He defeats Alyssa, who becomes exhausted despite receiving accolades for her Cajun-style carrots. It doesn’t help that the red team is entrusted with creating a six-tier Irish cream cake for the wedding. A dinner at one of Suzanne Goin’s many lauded restaurants and a visit to a “rage room,” where visitors are handed goggles, baseball bats, and several objects to damage, are the prizes for the blue team.

The highlight of this episode is undoubtedly a long shot of the boys carrying bats to a bathroom. There are many issues that the red team is facing on its own. Alyssa continues to dissociate and makes a lot of mistakes with the garnish. Meanwhile, Sommer feeds the boys just as much raw chicken.

While the Blue Team deliberates on who to eliminate, Abe almost physically assaults Alex as she tries to explain that nothing about this is “personal.” Although he quickly blames Billy for the scallop station gaffes, Abe believes that the rest of the team is conspiring against him and Billy. 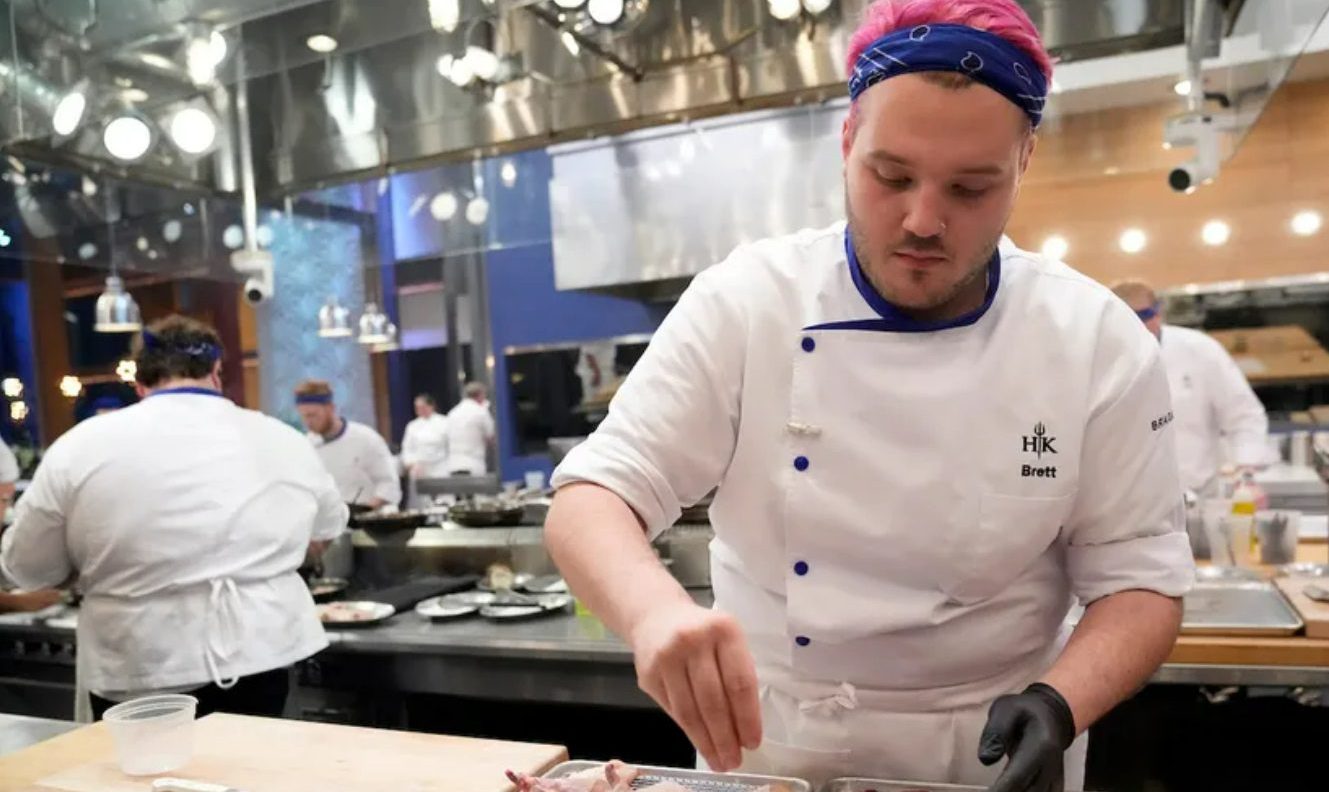 Nevertheless, the blue team decides to put Billy up for elimination. Ramsay tells the cooks to “start thinking personally about how you’re going to rehabilitate yourselves tomorrow,” evidently unhappy with their performance. From here, it will only grow more difficult.

When Is The Hell’s Kitchen S21 Episode 7’s Release Date?