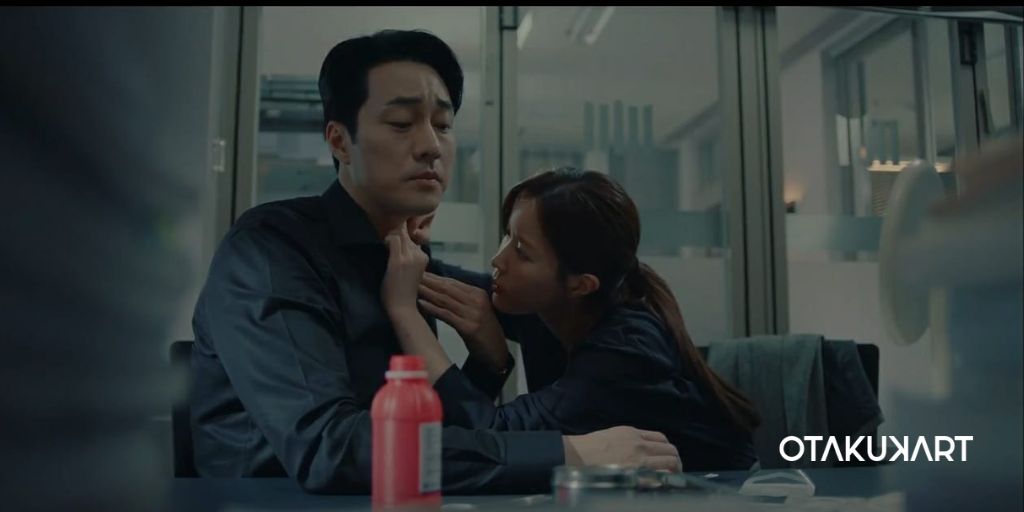 ‘Doctor Lawyer’ Episode 10 will be out next week, and fans are already hyped up for the episode. Viewers have been getting highly addicted to ‘Doctor Lawyer,’ and we cannot even blame them because the story keeps getting more and more thrilling and mysterious. We have to admit that at first, we felt that the story was kind of slow-paced, but with every passing episode, the Kdrama keeps getting better and better. Up until now, the series has revealed so many big secrets, and it has managed to connect everything and create a bigger picture behind everything.

This makes us wonder even more about everything that happened five years ago with Seok Young’s brother and how Han Yi Han was framed for committing medical malpractice. The series keeps surprising us with new twists and turns, which is what makes it so good.

This Kdrama is a perfect series for those who like to watch drama, things related to power, corruption, law, and medical stuff. And to be honest, we are also smitten by the cast. Well, who is not in guilty love with Jayden Lee? The character is so suspicious, and we know that he got some serious wrong ideals, but as an actor, we keep loving him more and more as he portrays his role with perfection. And the whole cast is doing a really good job in making the Kdrama relatable and thrilling for all the viewers.

So if you want to know more details about ‘Doctor Lawyer’ Episode 10, like its release date, where to watch the episode, and what to expect from it, then keep reading the article.

Recap Of ‘Doctor Lawyer’ Till Now

Before we get to know what we can expect from ‘Doctor Lawyer’ episode 10, it is important to look back at what we have watched till now. We saw that Seok Young was searching for some important files while Yi Han was busy eating Jin Gi. And she finds something very interesting.

Along with this, we saw that Jin Gi urges Yi Han to join his hospital as the head of the cardiothoracic department, and he promises Yi Han that he will be a director after ten years. But Yi Han straight rejects the offers and even calls him disgusting. And we all know Yi Han is always ready with surprises, and he again reveals that a controversy of Tae Moon has broken because of him.

Now for the happy news, we saw that Yi Han finally got his equipment in his clinic, and this moment was very joyful for everyone. We also saw that Seok Young overheard the conversation of Yi Han, where he confronts Jung Hyun about what she did to Seok Young’s brother five years ago. We also see how Jayden and Yi Han prepared a master plan to help Jun Hwan out in a chopper, and it was all very thrilling.

What To Expect From ‘Doctor Lawyer’ Episode 10?

We saw that Seok Young is catching on that something is not right with Jayden, and she is getting suspicious. This might be the start of getting to know whose side Jayden is really on. Or is he just playing with both sides and actually has an even bigger plan? We can also expect to watch more of Jayden and Yu Na as he confesses his feelings to her.

‘Doctor Lawyer’ Episode 10 will release on July 2, 2022, at 10 pm Korean Standard Time. ‘Doctor Lawyer’ releases every Friday and Saturday. For international viewers, the timing will be 6:30 pm in India, 9 am for US viewers, 9 am in Canada, 11 pm in Australia, and 2 pm in the United Kingdom.

‘Doctor Lawyer’ episode 10 will air on its Original Broadcasting Network, MBC. But if you want to watch the Kdrama online, then ‘Doctor Lawyer’ episode 10 will also be available on Disney+ Hotstar. The episode will be available there with subtitles in several languages, so if you are an international viewer, then you do not need to worry. So mark your calendars because you are in for a thrilling episode!