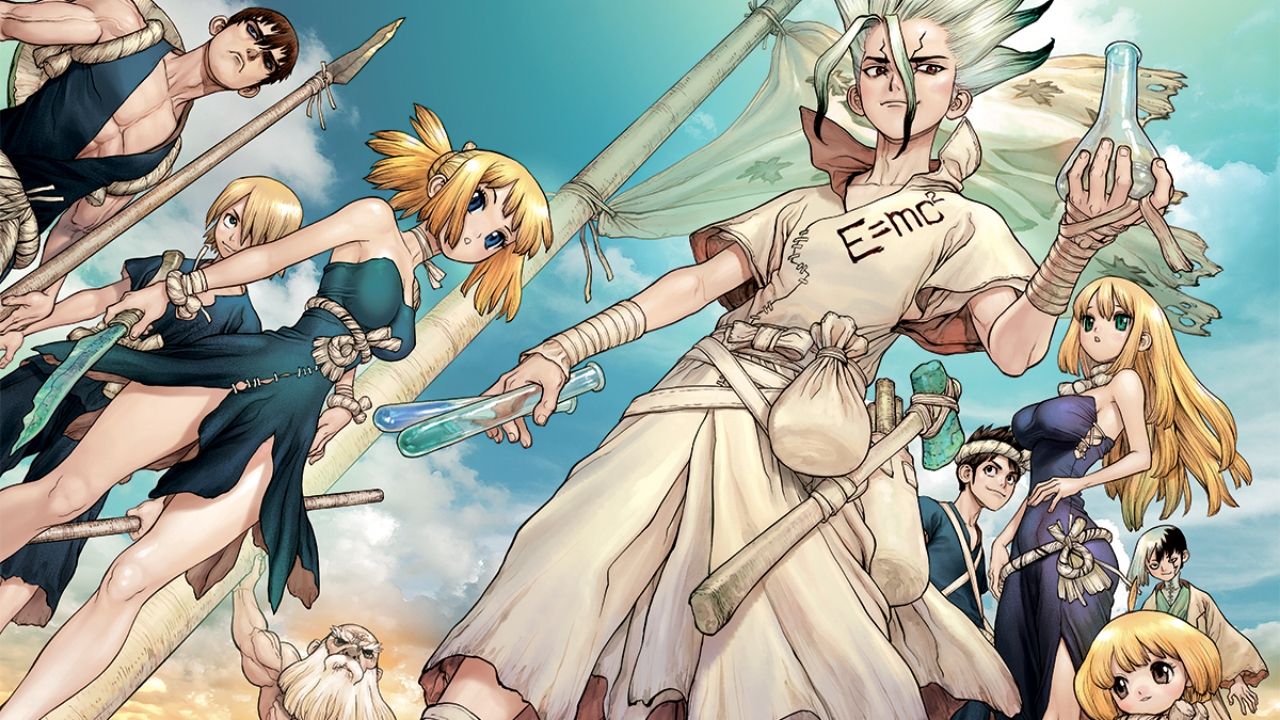 In Dr. Stone’s latest chapter, Chrome and others completed their mission. Chrome was given the task to lead the fighters like Tsukasa, Kohaku, and Hyoga to the Headquarters of Dr. Xeno. He made a plan to infiltrate the HQ by building a tunnel through the ground. He designed his drill and dug through the ground building the entire tunnel in two weeks. They decided to kidnap Dr. Xeno at a good time as well.

Dr. Xeno was also building something for his operation. First, he sent Stanley to execute the main leader of the Kingdom of Science. This would break the spirit of everyone onboard Perseus. However, Senku was not killed in the sniper attack and he survived for the air battle that came. Senku and Ryusai led a great battle against the enemy airplane that was assumed to be piloted by Stanley. However, this air battle was only a distraction. The real battle came when Dr. Xeno’s troops boarded the Perseus using a submarine to get to the ship. Dr. Xeno designed a basic submarine for the surprise attack on the Perseus. Stanley was able to take down any resistance that appeared on Perseus.

However, Dr. Xeno also didn’t expect a few warriors to show up right in his safe house. Xeno is usually using Stanley for physical work and stays at the HQ for most things. When his best fighters are away, he got surrounded and Tsukasa was pointing his spear in his face. Even if Stanley and others took the Perseus, their king is now in the enemy’s possession. Xeno was impressed nevertheless that Chrome was able to make such a tunnel. The guards had no idea that their main leader is under danger. Xeno still had an alarm system for such a situation and the guards were chasing after chrome and his team in no time.

To lose these guards, Chrome decided that he will cause a blast inside the tunnel. This would give a boost to the sled to travel faster back to the starting hole. However, the bomb was more powerful than he expected. The tunnel collapsed on both sides and Dr. Xeno and Chrome got stuck at the center of the tunnel. This is when Xeno tried to recruit Chrome as a commander. Xeno revealed his ambition that he wants to rule over the simple-minded people that had ruined the old world. He would be the king that controls everything in this new world. However, Chrome doesn’t give it much thought anyway. He informs Senku that the plan was successful and the leader is in their hand. The tunnel is collapsed behind them and the advance team makes it way back to use Xeno to negotiate with Stanley.

The Release Date for Dr. Stone Chapter 168 is October 4, 2020. To read the latest chapters, visit the manga plus site by Shueisha.

Senku planned the infiltration of the enemy HQ a while ago and he should have a plan to use Xeno to win this battle. The next step is to storm the Perseus and take the control back. It will be easy to negotiate the peace terms if they have the leader of the enemy. Senku is healed enough to make the next strategy.  He may try to convince Xeno to join him in the quest to revive the entire humanity. Xeno will be very interesting in the revival fluid formula that Senku discovered. The plan after subduing Xeno is to obtain Alcohol from Corn produced in America and start the mass revival of humanity. Then, build a rocket to the moon to discover the source of the petrification.