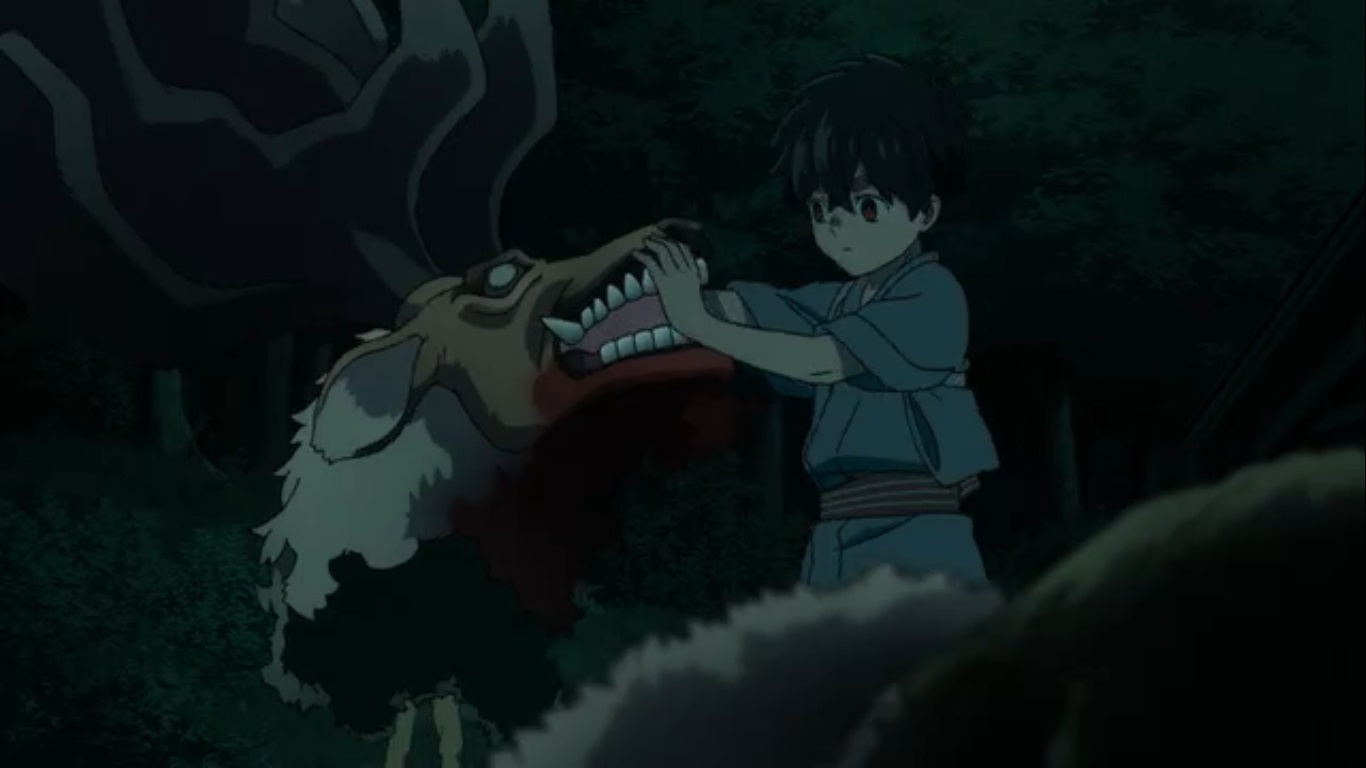 The anime that focuses on curses and nonhuman creatures, Kemono Jihen Episode 1, has revealed one exciting anime. Kemono Jihen made its debut for Winter 2021 season this week, and the first episode was as impressive as it was teased. Fans had waited for some time as the anime debuted in the second week of the season. It seems that this anime’s power dynamics are strange, probably ones we don’t usually see often. Kemono Jihen is based on creatures known as Kemono. They possess humans but hardly interact with them in any way.

But in cases where they do, various creatures come to existence like hybrids of humans and Kemono. The first episode of Kemono Jihen introduced a kid who is loathed by everyone. He works at an inn and is the only one who does hard chores like plowing the fields. Othe kids avoid him and identify him as smelly.

They try to stay away from him as much as possible and do not treat him well. The kid is known as Dorotabo when the other kids tease him using this nickname. It is associated with that he is always smelling, so he is still alone in the fields.

Kemono Jihen Episode 2 will be released on the weekend. The anime is available for watching online on Funimation, AnimeLab, and Prime Video. The dubbed version of the anime is yet to be announced. It is likely to be released within the upcoming weeks. Looking back at the latest episode of Kemono Jihen, there was an incident where animals were disappearing into the blue. It also appeared that Doratobo was not human, and he was not aware of this. So the has been an innkeeper who was looking after him since his parents seemingly abandoned him.

Doratobo a Yong Boy Who is Also a Ghoul 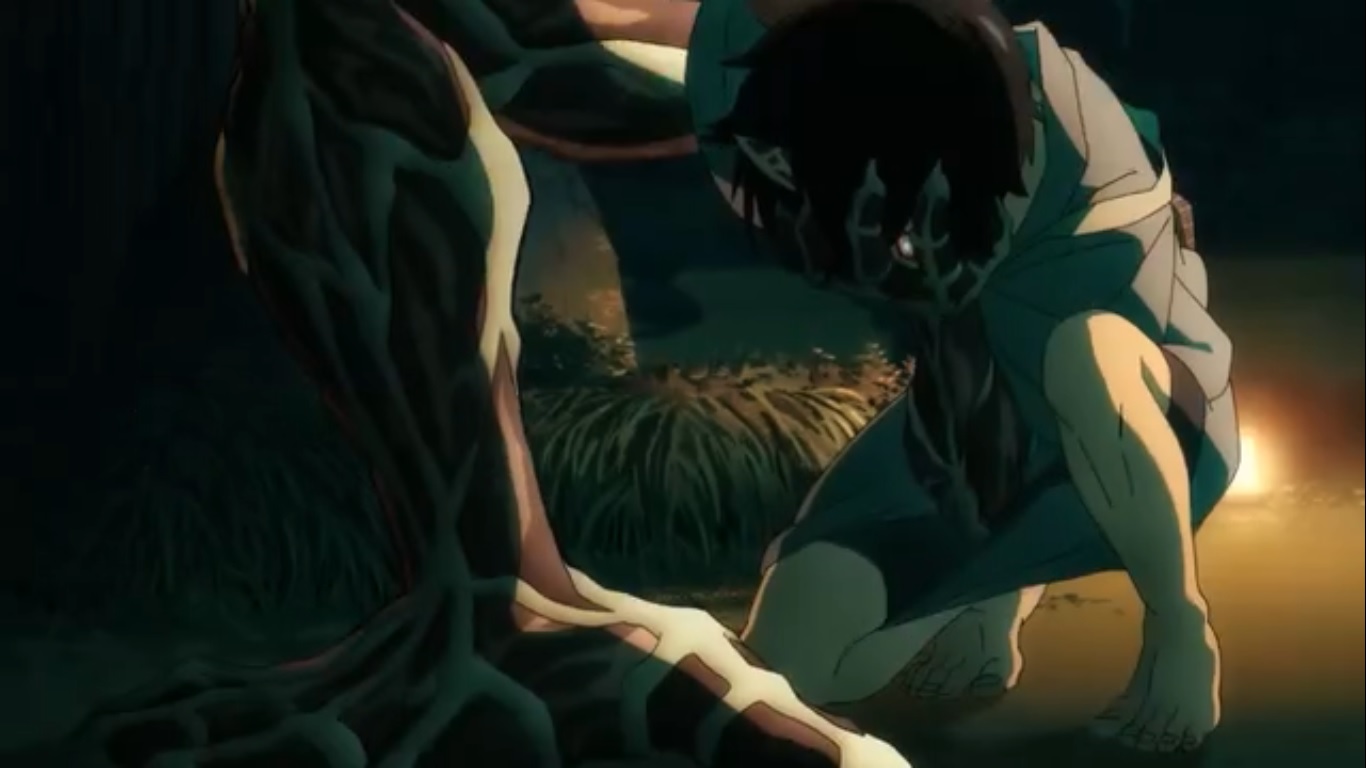 Doratobo was living with her mother’s sister all this time. And eventually, she noticed that he was not human. After this, she hired a secret detective who deals with supernatural events so that he kills Doratobo. The kids at the Inn were excited to hear that someone from Tokyo will be coming. This was after the event where animals were disappearing without any explanations. So when Kohachi, the detective, arrived. He quickly noticed something strange about Dortobo.

One of the kids was attending to his Inn’s services, but he personally asked for Doratobo. Kohachi started interviewing Doratobo about the recent events. And it was not long that he found out something strange about him. He had a special kind of necklace with him that he identified as rare. Doratobo told Kohachi that he was abandoned with it. Kohachi analyzed everything that happened to this point and told Doratobo that he was not abandoned.

He told Kohachi that his parent left him the necklace to prevent him from turning into a monster. He also revealed that Dorotabo was born from a human and a Kemono. This was just like Kohachi, who showed Doratobo his tail and show that he is not human. He told him why he came and that it was because he is hired to kill Doratobo.

It appeared that Doratobo was ready for all of this. Kohachi asked him if he wants to see his parents. But he was devastated such that he decided its better if he kills him. This was after one of the kids from the Inn accidentally removed Doratobo’s necklace. He then turned into a monster since his monstrous powers were now unsealed. Doratobo quickly picked up the necklace before he can altogether lose himself, and his powers settled. 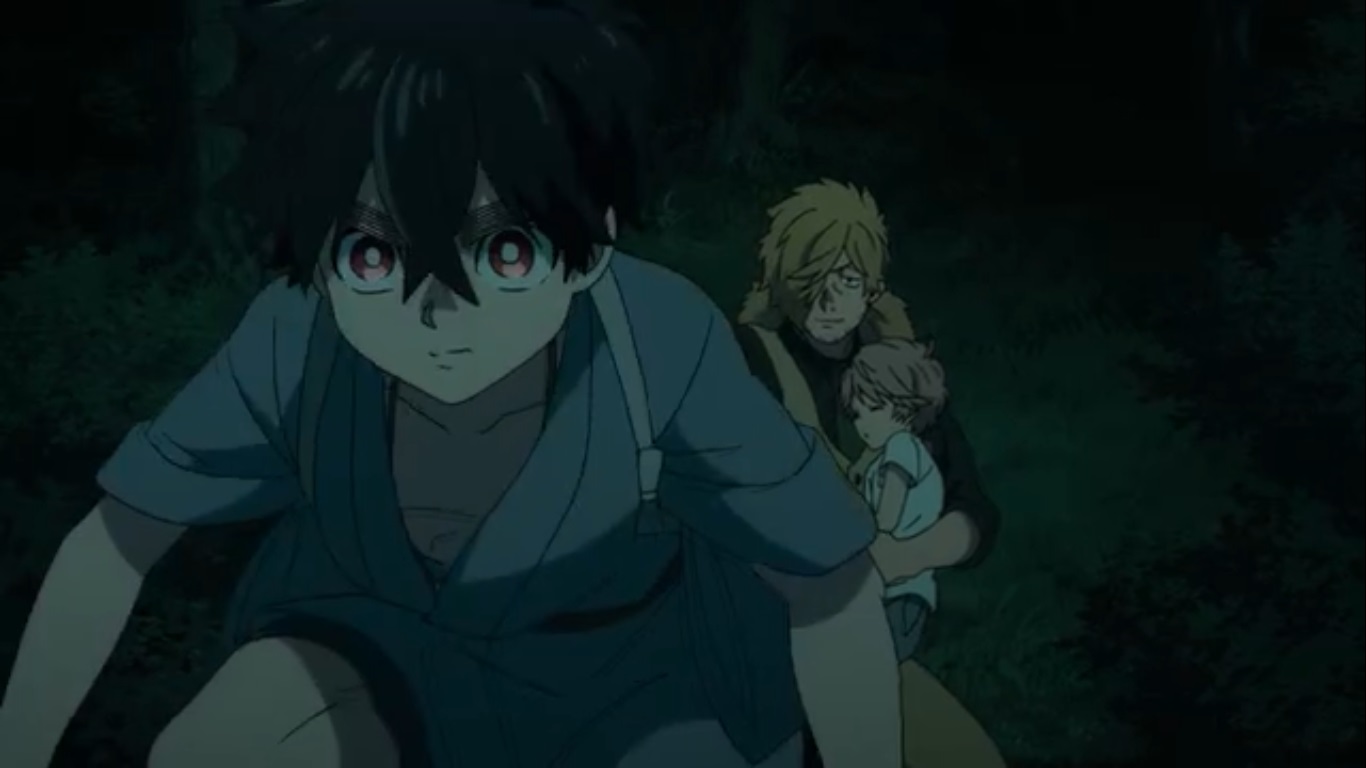 Kohachi appeared and had witnessed everything else and told Doratobo that he is not the culprit. They finally found the cause for the disappearing animals. It was a monstrous animal in the form of a demon and was eating everything it comes across. Working with Doratobo, Kohachi easily defeated it. Doratobo’s moves were as if he trained in some combat. And Kohachi became interested in Doratobo ever since and decided to take him back to Tokyo.

So he pretended to have killed Doratobo and brought his corpse back to the Inn so his client can see it. With this, Doratobo was thought to be dead, which means that he will start a new life in Tokyo and join Kohachi’s organization. When they arrived in Tokyo, Kohachi asked Doratobo to make himself feel at home.

He asked Doratobo what his real name was, and he told him that his name is Kabane. So this is where Kabane will be going about his daily life. But after seeing his skills when fighting, he is likely to join in on the missions that Kohachi gets. So now it will be like their adventures when they investigate more on the Kemono and ghouls. There are also other kids where Kabane moved to. They are likely to the same as him, just like Kohachi is. After this is the supernatural organization, so in the upcoming episodes, we will see more of this.