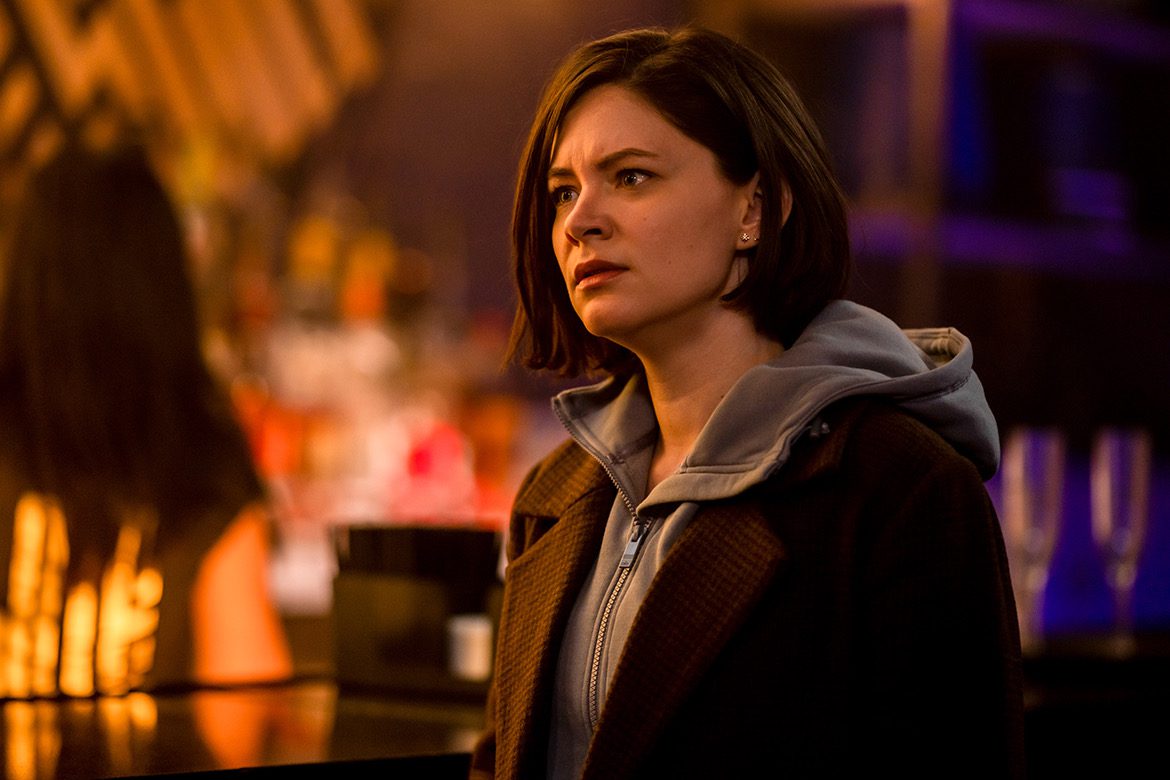 Want to know whether Sandra Mae Frank is deaf? Sandra Mae Frank is the newest addition to the hit medical drama series New Amsterdam as she plays the key role. of Dr. Elizabeth Wilder. However, this is not Sandra’s first acting stint, as she had earlier appeared in “Switched at Birth” where she played the role of a receptionist. Viewers must have seen her in an episode of “Zoey’s Extraordinary Playlist,” which was entitled “Zoey’s Extraordinary Silence.” The actress also starred in the Broadway revival of Deaf West’s “Spring Awakening,” as the play co-starred her friend and mentor, Marlee Matlin.

As Dr. Wilder is a dead character who is already grabbing attention on the show for all the right reasons while fans are already applauding Sandra’s acting chops, viewers are curious to know more about the actress. Sandra Mae has assured fans that viewers will see more of Dr. Wilder’s backstory as the show further progresses. As Sandra further explained how Wilder is not afraid to say yes or no and wants to be a change-maker, but fans will also get to see her vulnerable side a little bit more as well. We can read further while taking a look at all the details and lesser-known facts to know whether Sandra Mae Frank is deaf or not.

Sandra Mae Frank is deaf. The actress is deaf like her on-screen character Elizabeth Wilder. As New Amsterdam fans are introduced to the fascinating character from season 4 onwards, she soon becomes a fan favorite. Not only that, but Sandra Mae has been promoted to a series regular, and fans will soon see more of her character in season 5. The actress is navigating the New Amsterdam set with the help of her interpreter, Chris Matthews. (Actor Conner Marx plays Wilder’s interpreter, Ben, on the medical series.) 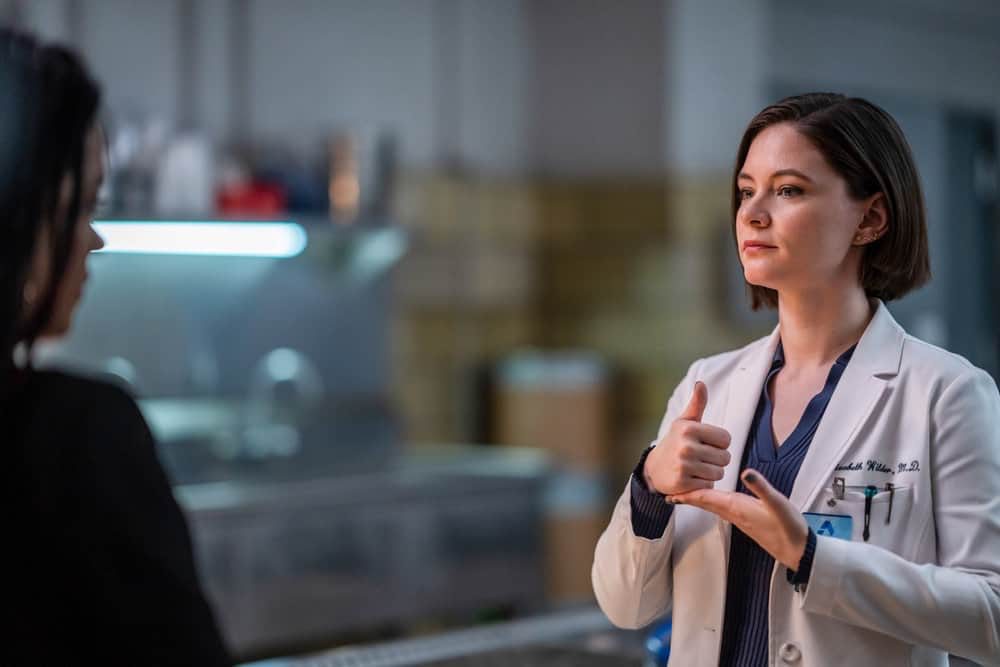 Elizabeth Wilder is a free-spirited and passionate woman who takes her work seriously. Fans are also loving her brewing friendship with (Max Goodwin, played by Ryan Eggold) as they are further rooting for the two and wondering whether this friendship will grow into something romantic or not. However, fans are looking forward to a brewing relationship.

Sandra Mae Frank Opens Up About Her Role

Sandra Mae Frank has admitted how she can relate to her reel. Life character, Wilder. Sandra stated how Wilder is used to breaking boundaries, breaking through, and how in so many ways, Wilder is the type of character Sandra would want to be. The actress loved Wilder’s boldness and her ability to live through the world as a deaf person. The actress concluded by saying how there are a lot of parallels between her and her character. Take a look at the social media post given below.

Constantly in awe of Dr. Wilder’s strength and drive to go beyond for her patients 💙

Sandra Mae explained how what they have in common is that she went to a school with hearing students. The New Amsterdam star recalled how they helped her throughout. Sandra used a specific scene with her brother [Adam, played by actor Garrett Young], and it shows how her family was there for her. 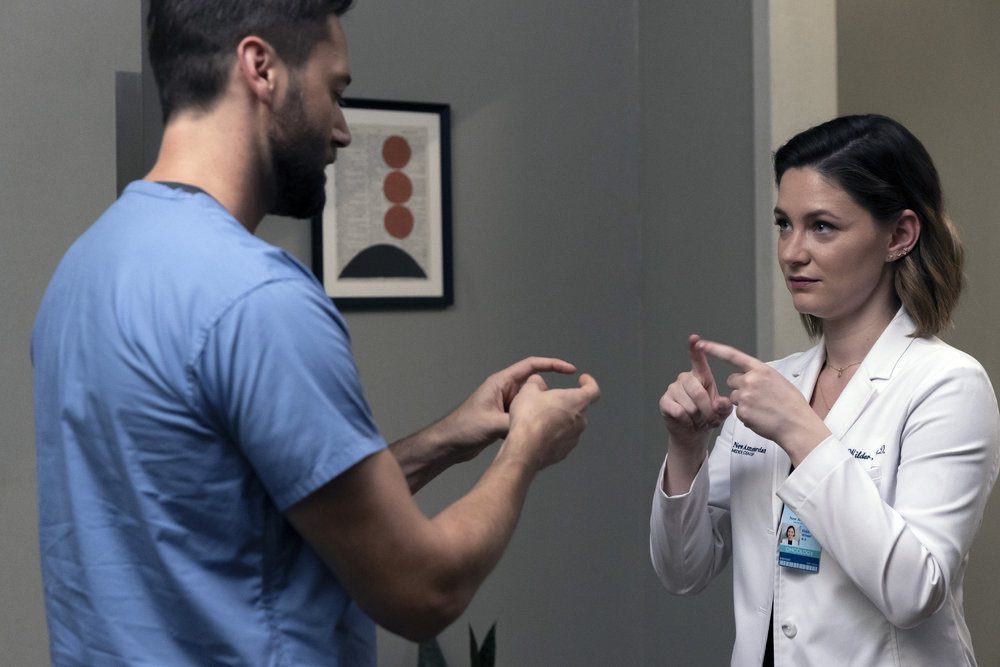 Are Max And Wilder Dating?

Fans cannot help but notice Max and Wilder’s undeniable chemistry in News Amsterdam. As the two have been there for each other during some critical moments, viewers are rooting for the two while speculating whether this will turn into something romantic. Not to forget, the two have become really good friends within a short span of time.

Not to forget how Max’s touching efforts to connect with Wilder made him learn and speak ASL. When asked actor Ryan Eggold about it, the actor admitted that they do have a real connection, and he has an absolute blast playing these scenes. However, he added saying truthfully that he is not aware of the future of their equation but is excited to see where this goes.