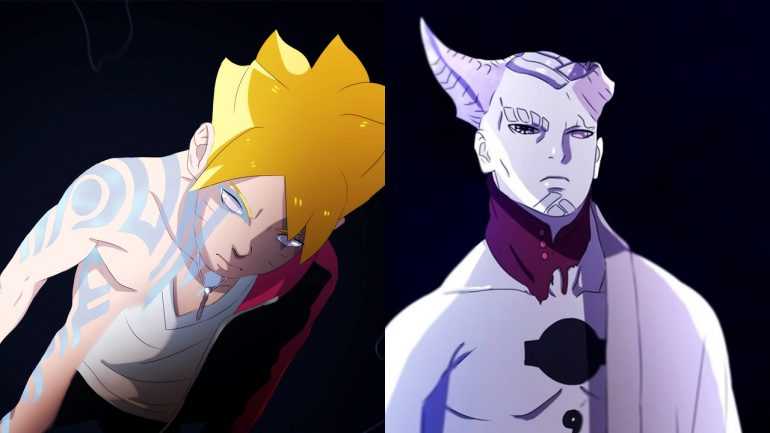 As the Boruto manga is up for release in a few days, we have compiled the key information about the upcoming chapter for you. The Leaf village currently faces the threat from the main boss of the Kara organization. Isshiki Otsutsuki is the main manipulator behind Jigen and his subordinates. Naruto and Sasuke already lost to Jigen in a hot clash. In the same way, Isshiki is at the leaf village and the second round is coming up. The goal for Isshiki is to take Kawaki from the Leaf Village or he will die in less than a day.

Kawaki is the vessel chosen by Kara to revive Isshiki after a long search. He is an orphan that went through difficult times as he was prepared for the vessel in rough ways. Kawaki ran away from Kara in the end and gained protection from Naruto. This led to the immense battle where Jigen crushed Naruto and Sasuke. Jigen won the battle but he was considerably weakened. It was after this that Amado and Kashin Koji decided to betray Kara.

Amado is a brilliant scientist affiliated with Kara since the organization was introduced. He decides to betray Kara and gain asylum from the leaf village. In exchange, he reveals some important information. First, the Otsutsuki clan is an alien race that invades planets to gain the Chakra fruits. This is a tool for Otsutsuki to evolve into stronger beings. The planet dies if the Otsutsuki succeeds. When Kaguya arrived on Earth, she was accompanied by Isshiki.

Isshiki was mortally wounded and on the brink of death. In order to survive, he attached himself to the closest person he found. This was a young and immature monk named Jigen. He existed in the secret organization based in a different dimension altogether. Jigen made a move on the tailed beasts after the appearance of Momoshiki. Kawaki is the most important thing for Isshiki. Jigen is not strong enough to revive Isshiki properly. He needed a strong vessel for that. Kawaki was chosen and given the Karma as the future vessel of Isshiki.

Turns out, Karma is a backup life for the Otsutsuki. They can use Karma to slowly revive themselves in another body. Otsutsuki clan uses this in dire situations that could result in death. This makes the Otsutsuki hard to kill. Momoshiki planted himself on Boruto in the same way. In a given time, he will revive himself killing Boruto in the process. The Otsutsuki seem immortal but Amado has a way to kill them. 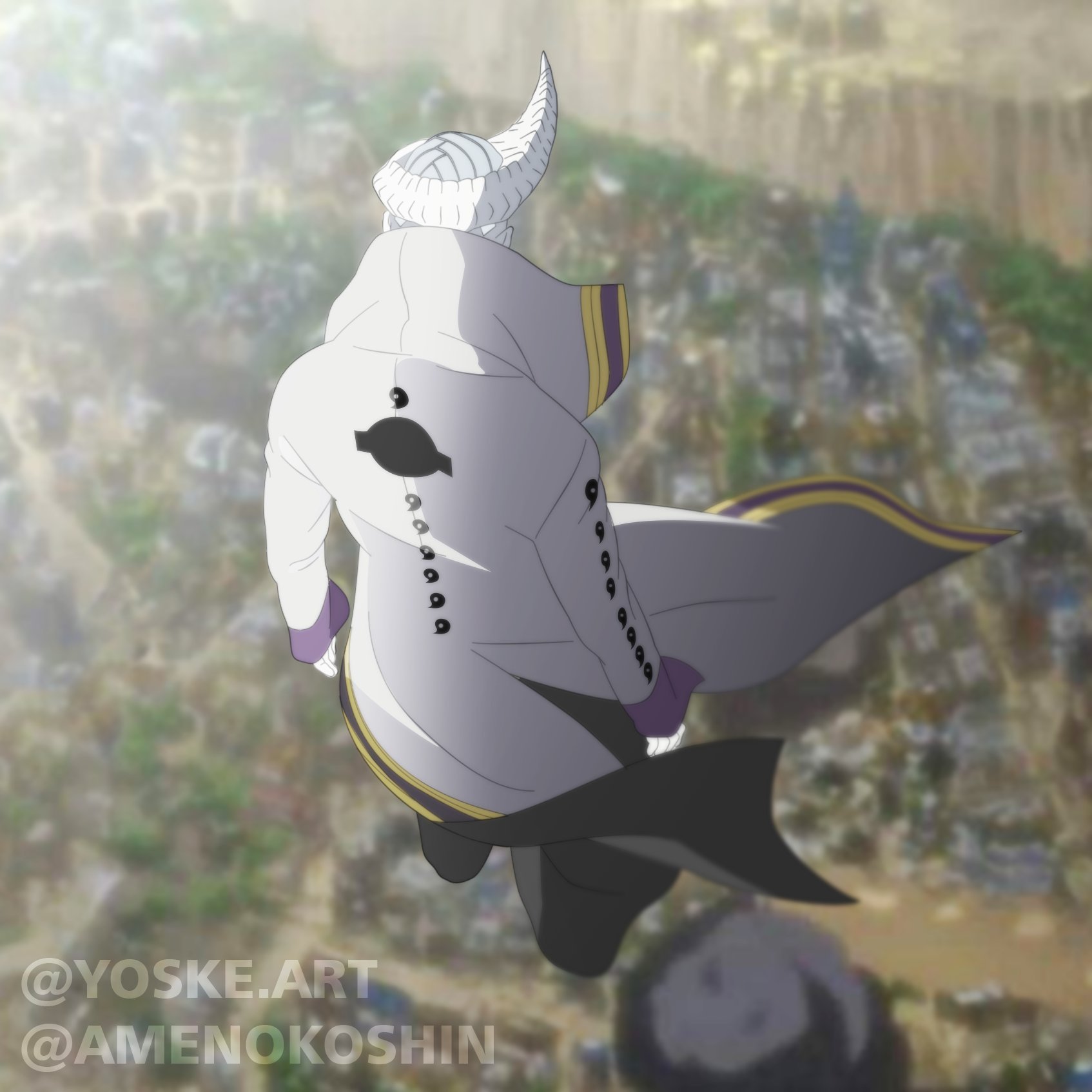 Kashin Koji was able to push Jigen to the limit. The actual person known as Jigen was already gone but now the body is gone too. We get the horned Otsutsuki known as Isshiki in his place. When Koji attacked Jigen with the flames summoned from the Flaming Mountain, Isshiki activated Karma to revive himself. The process was successful but Isshiki gets a short life. He can’t survive for long without a replacement body. If the ninja from Leaf village can hold Isshiki off for a while, Isshiki dies. Although, it’s not that simple.

Isshiki uses an unusual Dojutsu. He can shrink and enlarge anything at will. The shrunken objects are stored in a different dimension and Isshiki can summon the objects at any time. This is similar to Kamui used by Kakashi and Obito. Isshiki’s technique is a bit more effective as it is considerably faster. In addition, Isshiki can use other abilities of Otsutsuki like absorbing any Jutsu.

Kashin Koji was defeated by Isshiki’s powerful dojutsu. He barely escaped death in the process. As a result, Isshiki heads to the leaf village. He wants to put Karma back on Kawaki by the end of the day. Isshiki teleports in the center of the village. The defense ninja of Leaf village will make their move. We don’t know if Sasuke and Naruto have regained their chakra completely. It is possible that Isshiki could take advantage of the situation and get away with Kawaki in the end.

It was revealed in a spoiler that Yamato will engage Isshiki in the upcoming chapter. Yamato is one of the jonin of leaf village who inherited the powers of the First Hokage. The Leaf Ninja needs to pull Isshiki away from the village to minimize collateral damage. Sasuke and Naruto are also expected to make an appearance. We will find out what happens as the chapter is coming out in a couple of days. Many big fights coming up in the manga soon.

Boruto Chapter 49 will come out on August 20, 2020. You can read the chapter on the site affiliated with Viz, Manga Plus by Shueisha. The chapter will release at 20:00 JST. Read it on the official website when the manga chapter is released.