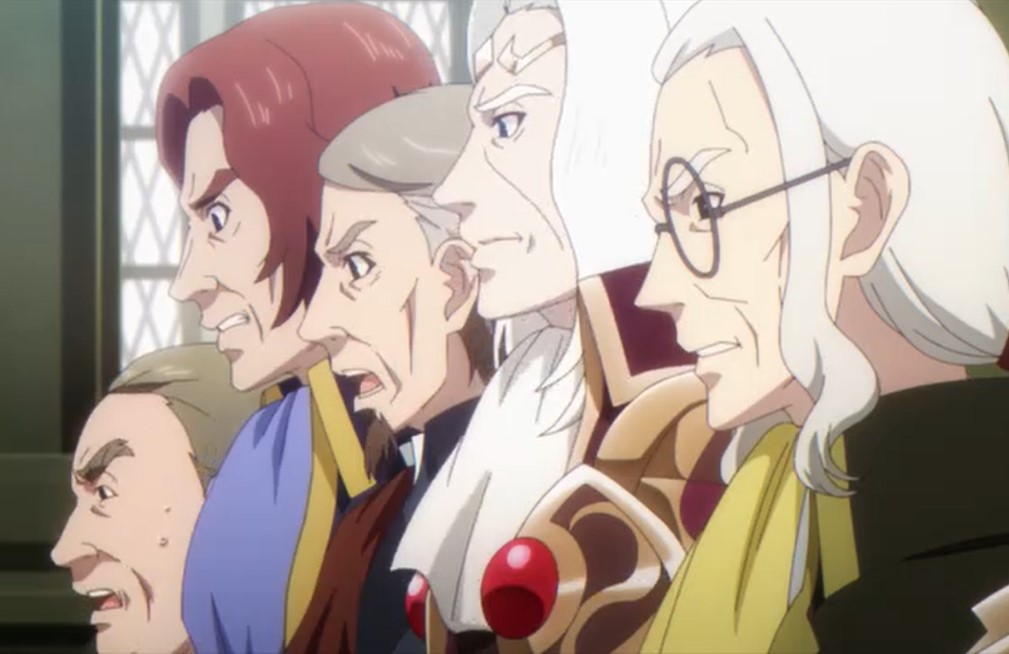 The century has passed since the battle of Galluah Plains, where King Kyle defeated the Dark Lord Angmund. The Demons rise again, threatening the world and spreading fear and unrest to all. The Black Edge encountered the sorcerer Malduck on the Galluah Plains. Malduk defeated them one by one until Maria shows up and vanish with him. Scarlet shows up with the knights, saves the survivors, and heads with them to the nearby village for treatment.

Riheet hasn’t gained consciousness after suffering a defeat from Malduk. The village head reveals that he is returning a favor since the travelers from Orveila has saved them in the past. The travelers took care of the children and even defeat the demons and the undead. Scarlet ask who is he talking about, and he said his name is Kasel. Demia and Carlet are wondering what Kasel and his group are up to, but they are glad that they have allies fighting against the Demons.

King’s Raid: Successors of the Will Episode 18 Release Date

King’s Raid: Successors of the Will Episodes 18 will be released on Saturday, 30 January 2021, at 1:23 AM JST. This Anime will be releasing the new latest episode every Saturday. You can watch or stream this King’s Raid officially on AnimeLab and Funimation. Let’s take a look at the recent development below. 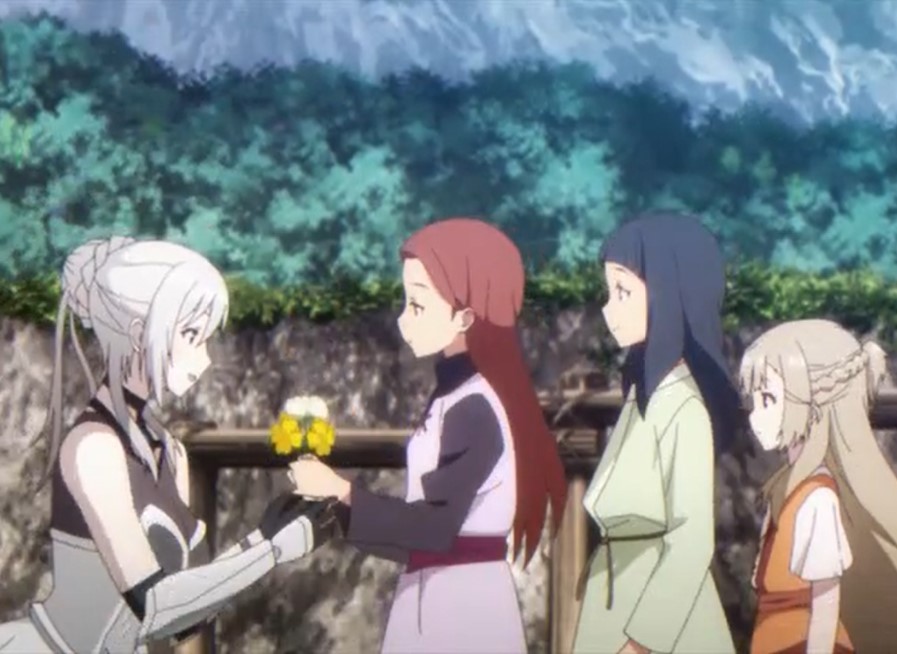 Previously on King’s Raid: Successors of the Will Episode 18

The village head left the two talking about Riheet. Demia asks if she can tell Rihheet when he wakes up that the Black Edge was wiped out. Scarlet said she would take responsibility for that since she is a princess. She hopes that he will be able to calmly take it in calmly and head back to the camp. The doctor reveals that it will take long before Riheet regains consciousness. Demia suggests that they can leave some soldiers with Reheet here and return to Orvelia in case if they got attacked.

Scarlet reveals that they have first to get the information from Riheet. Because Rihheet is the only one who fought with Malduk, and he knows what type of demons they are fighting with. The next day in the morning, Scarlet met with the triplets. They welcome her warmly and give her flowers, and Elise’s father came and talked with her. Elise’s father wishes for demons to go away and give them back a safe life.

Scarlet comments that that is why they are here for everyone’s sake, and they will destroy the Demons. Back at Orveila castle, the soldiers have reported to Moriham that the demons have appeared on the Galluah Plains. They reveal that the Black Edge that was serving as a vanguard has been eradicated. Moriham can not believe it, and he yells at the soldier to come back with real information. He said that weak demons could not take down Rihheet.

The knights who are guarding the royal castle has also received the new. They have been told that only Riheet survived, and the citizens can not accept the loss. They started panicking about what will happen to Orvelia if such a terrible Demmon attacked again. Sheila realizes that it means Tamm is no more since there is only one survivor, Riheet. Sheila started morning for Tamm’s death. At the same time, Riheet regains consciousness and asks about other Black Edge members.

Scarlet asks the doctor and Demia to leave the room so that she can talk with him in private. She told Riheet everything, and Riheet asks her to give him some time alone. Scarlet went outside and told others that they would talk with Riheet when he recovers. The doctor decided to give him food, but he finds that Riheet has gone missing. Scarlet orders the soldiers to look for him. Deep in the forest, Riheet is trying to go and avenge the Black Edge. 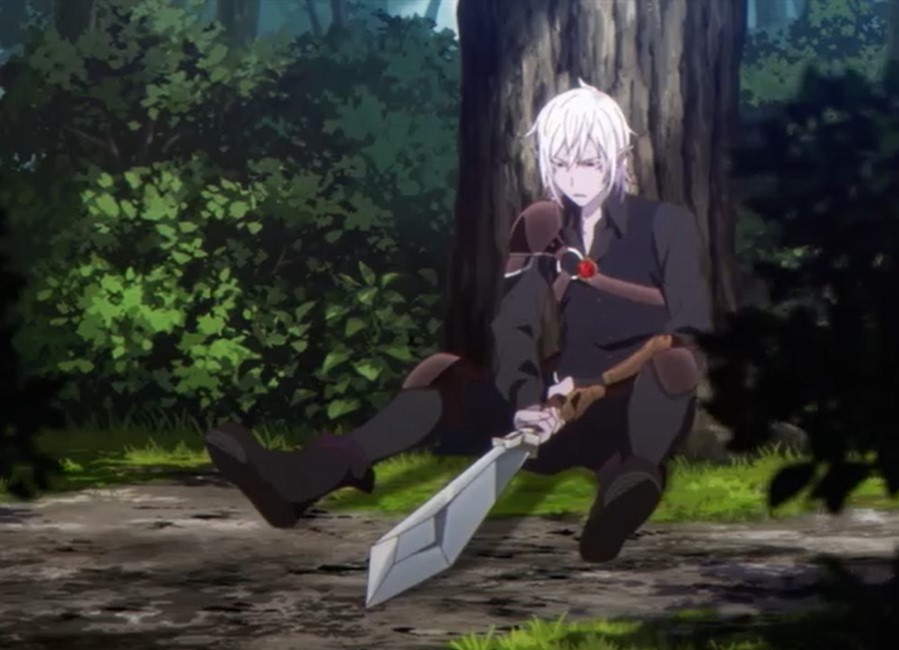 He realizes that he is not healthy, and he sits down, trying to think about what has happened during the battle. He vows that he will kill Malduk with his own hands snd Scarlet finds him sitting near the tree. Scarlet had peace of her mind and told him that if he tries to act recklessly, he won’t be able to avenge others. Riheet fires back, revealing the truth about Orveila and what they have done to his people in the past.

He said that Scarlet would never understand since he has never witnessed the loved one murdered before her eyes. Scarlet asks what he is talking about, and Riheet told that they are the ones who survived after Orveila attacks them in the past. Their parents, hometowns, and siblings were burned to ashes by the Orveila. The Black Edge hated Orveila more than demons. Scarlet asks, what if he kills her? Will he feel better, or will it change the past.

Riheet reveals that they were fighting for Orveila to become a hero and take over the Kingdom as revenge. The two had a long argument, but they end up heading back together. Later Riheet met with Maria in the woods and realizes that he is weak he cannot even yield his sword. Maria reveals why she didn’t kill Riheet in the last battle.

With us here, we will keep on releasing new episodes and updates every week after the release of the latest episode. This week that all we have about this Anime’s latest youtube preview and updates.