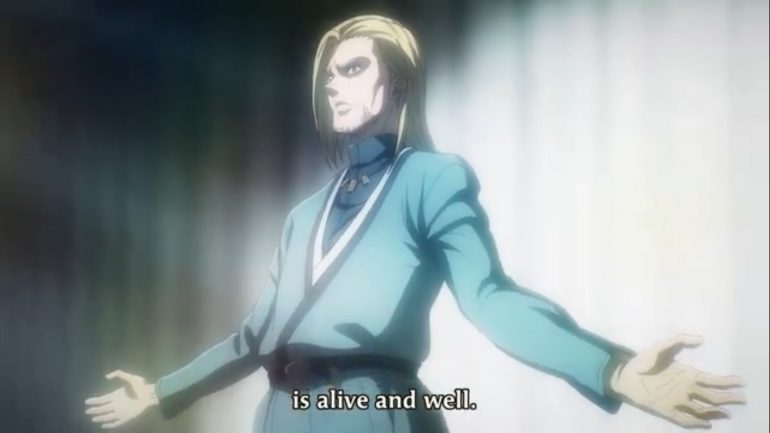 Attack on Titan has returned to the screens and now takes a look at Attack on Titan walls. From the early days of the series, we know that walls surround the world. We used to imagine that the world beyond the walls is titan territory, and no humans out there. And as the story developed, we got to know more about the world outside the walls. Attack on Titan Season 4 has explored and revealed more on the Marleyan government.

Marley kingdom resides outside the walls, and all this time, it was only a country spoken by people. Yet Season 4 will be the final installment to the anime. And will explore all the necessary details that we have not seen in the anime so far. Attack on Titan Manga will end by April. And the full number of episodes that Attack on Titan Season 4 will have was teased. With this, we can now look forward to more episodes of the anime.

Eren attacked Willy Tybur, the Tybur family leader, and is likely to be wielding the Warhammer Titan. The episode was a cliffhanger, but it did introduce the beginning of the war. It piqued the interest of most people, and we now can’t wait for the next episode.

Willy Reveals The Secret Behind The Titans in The Walls

The episode was more centered on Willy’s speech as he was going to make the official declaration of war against Paradis Island. He was going on behalf of the Marley government and ha managed to convince the citizens of Marley. He explained the history of the nine titans and how everything began. In his speech, he talked about the tragic history of humans and titans. Willy explained why they are declaring war against Paradis Island.

Willy explained that Eren stole the founding Titan and is hiding inside the walls in Paradis Island. As he was busy talking about this, Eren was with Reiner in the basement below him. Eren explained to Reiner that Eren is like him as they take about their past, and when Reiner first attacked, Reiner was under the impression that he is saving the world by attacking Padis Island. Eren told him that he is in the same situation and infiltrated Marley, trying to save his world.

The walls in Pradis Island have many callosal titans joined together. These Colossal Titans are the power that can only be used by the founding Titan, which eren currently holds. Bound together in concentric circles, the callosal titans used a hardening ability and created walls around Pradis.

He treated to destroy Marley to smithereens if they ever interfere with Paradis Island, and many years come to pass. The Titans have kept the Marley government at bay as they are scared of the power of thousands of colossal titans ready to strike any moment. But now they have found an opening that they can attack Paradis Island. They became aware of the take over of the founding Titan’s powers from the king of Paradis.

They had spies, Reiner and his group of titans that attacked and were the ones who provided them with information. And now that they know that Eren is the one who possesses the founding titan powers, they want to take advantage of that he is not from a royal family. Eren has no full access to the Founding Titan’s abilities because of this and can only use its limited powers.

In his Speech, Willy explained that Eren stole the founding Titan’s power and made them his. And as the leader of the family that possesses the Warhammer titan powers. He will be joining in on the fight to reclaim the power of the founding titan. When he finished his speech, Eren attacked, which was a signal for the war’s beginning.

The next episode will have us see the Warhammer titan appear for the first time in the anime. For more anime news updates, you can check out our Weekly Anime News updates. We cover all the anime headlines for the week regarding anime and manga releases.