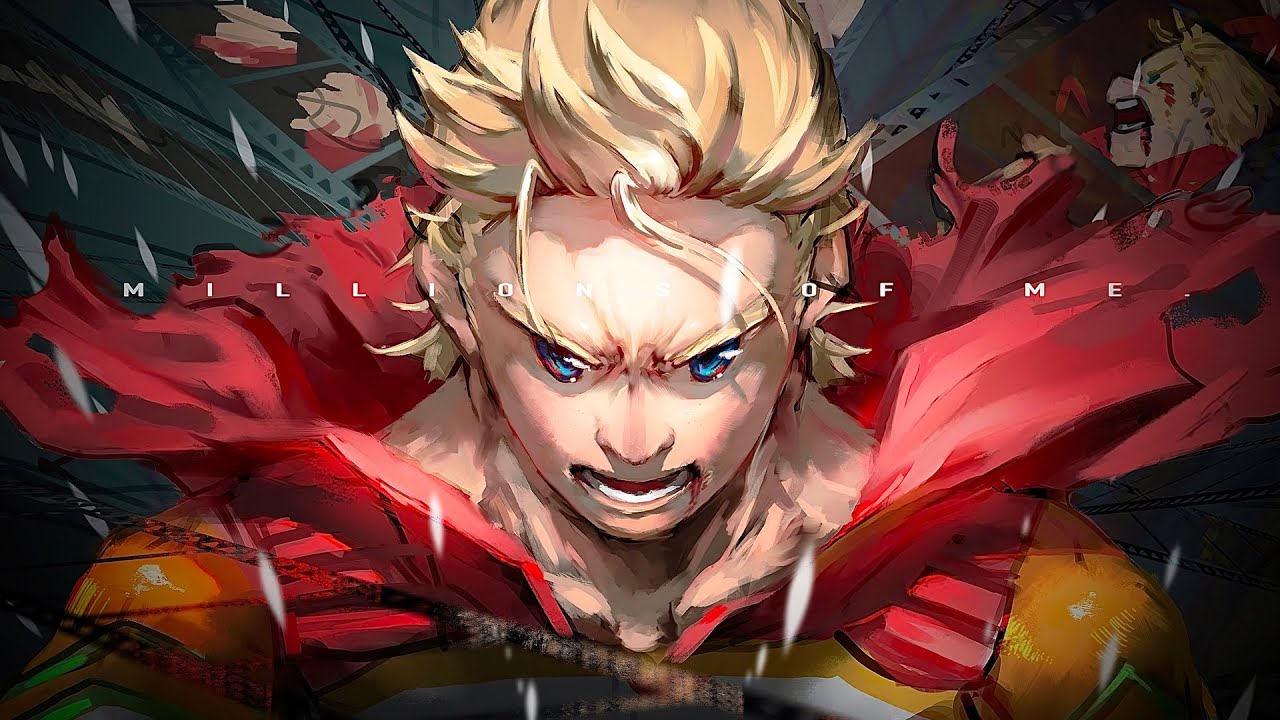 The heroes were in a bad situation when Big Jeanist decided to make an appearance on the battlefield saving Shoto from a life-threatening attack of Dabi. Soon after, Mirio Togata (Hero Name: Lemillion) also showed up to provide the back-up, Izuku, Shoto, and Endevour need. This brings hope for the heroes, but still, danger looms over their heads as both Dabi and Shigaraki are crazily attacking them. My Hero Academia Chapter 293 arrives on December 6, 2020, at 5:00 PM (UTC). Ahead of the launch, we have some spoilers for you, as the raw scans have leaked online.

We get a flashback from Mirio, who thinks back to how he was looking to participate in a destructive battle in his childhood. His ambition to become a Hero and how this is the perfect opportunity to fulfill that dream. As Mirio and Best Jeanist struggle against the Nomus, Bakugo comes up to help and starts destroying the parts of the Nomu. Iida looks mad and asks Bakugo to settle down as he was too injured to fight. Still, Bakugo fights through and reach his mentor, Best Jeanist. 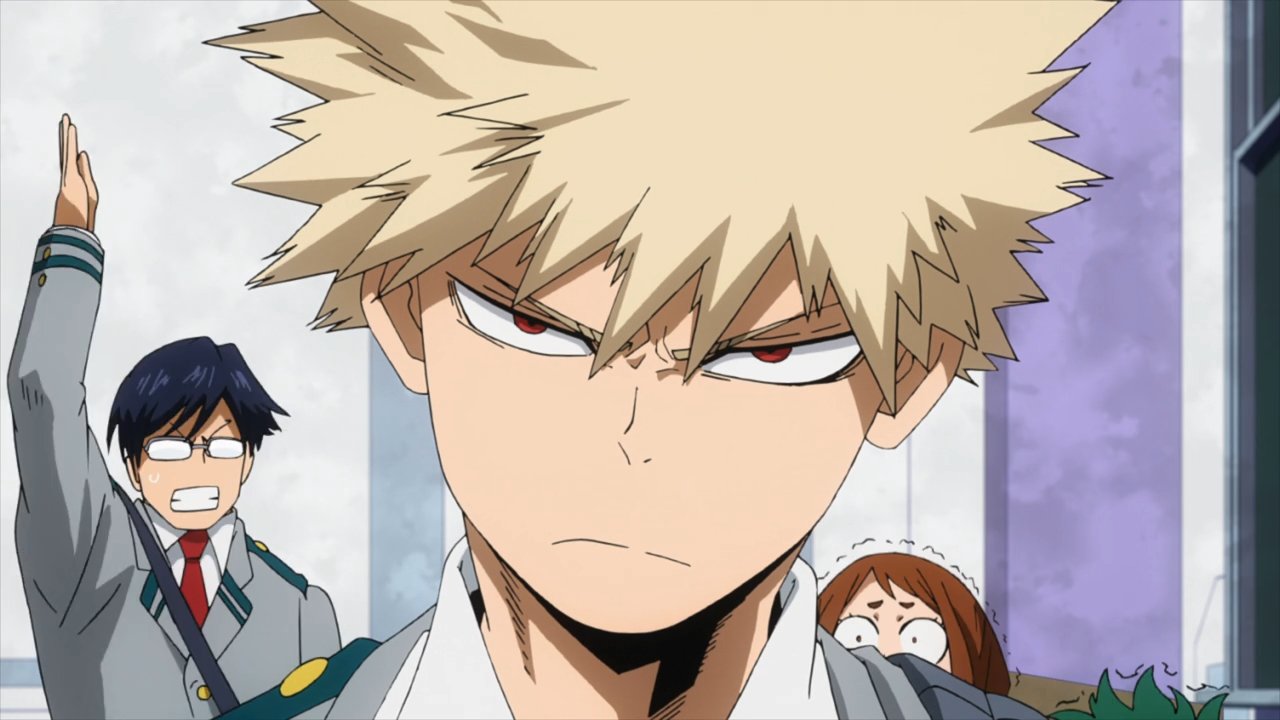 For the first time, Bakugo reveals his hero name. The translations may be early, but it is something like this. Bakugo tells Best Jeanist that he has thought his name to be “Daibakusatsushin” (literal translation: Great Killing Bomb)/ Dynamite. Everyone has a different response to this name. Mirio likes his name because he thought it’s funny, but Best Jeanist regards it as ugly. We will have to wait for the official translations to know what they will call Bakugo from here on.

Dabi is still holding Shoto and plans to burn him increasing the heat. Shoto says that Dabi/Toya is also hurting himself, to which he replies that he only wants to see the horror on Endeavour’s face. Dabi is in full hate of his father, and he is going all out in this battle.

Mirio and Best Jeanist are a great help in the crazy attacks from Shigaraki and Dabi. They need as much power as they can have since, Endevour, Midoriya, Bakugo have suffered greatly. In this destructive battle, the most damage was done by the crazy powers of Shigaraki, and he is still not done yet. All for One is still inside his mind and manipulating him to keep attacking the heroes. It seems like he is at his limit now, though. As for Dabi, he only brings revenge, and it won’t be ending well for him. 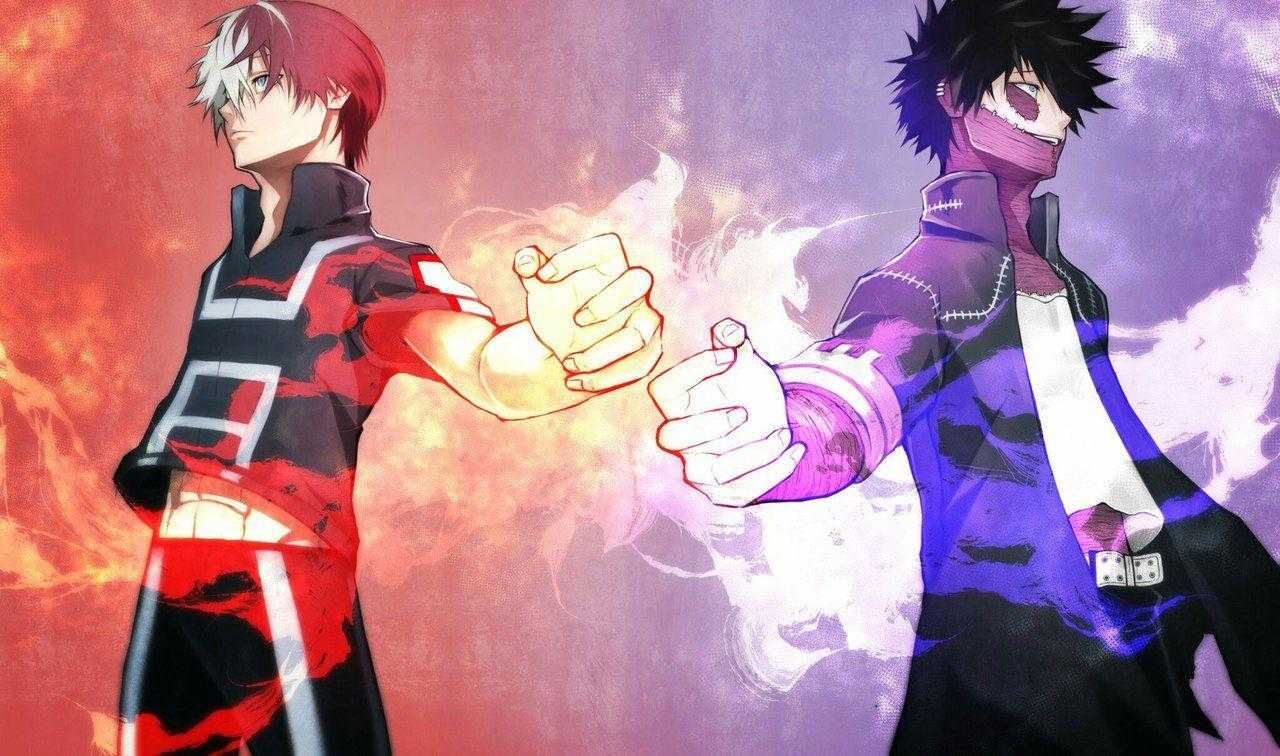 Shoto is limited by his emotion for his elder brother, but Endevour is willing to take Dabi down for his past deeds. The things that happened to Toya in the past led to this conflict. Toya/Dabi has gone crazy with his ambition to hurt Endevour as much as he can, even if it means that he hurts his own brother, Shoto. Dabi carries flames that even surpass Endevour and burns hotter than Shoto. At the last minute, Shoto or Izuku may beat him and potentially bring him to the good side.

The most destructive right now is Shigaraki. Having so many Nomus at his disposal and not staying down for a minute, he needs to be stopped. The Heroes have an advantage of the numbers, but they are also injured. It seems the conflict may head into the final main battle soon, and that will involve Shigaraki Tomura at the core. Midoriya brought out everything he had in him, and now, we can only hope that Dabi comes out of this alive. He has gotten very popular recently and is sure to be a valuable asset on the Hero side in the future.