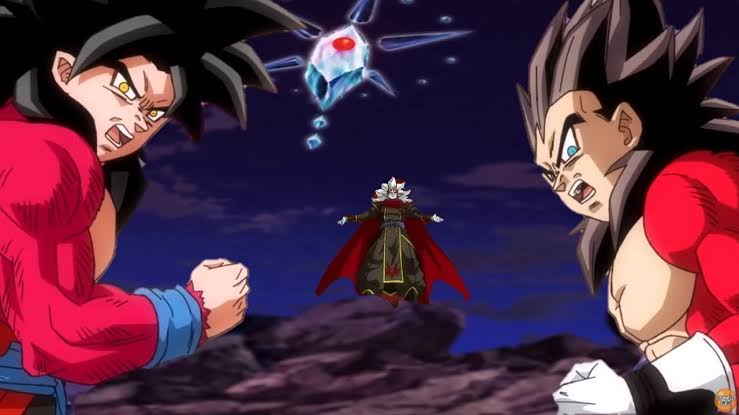 Dragon Ball Heroes is soon going to release a new episode and I’m going to share all the things you will need to equip yourself with before watching the episode. I’ll be talking about Dragon Ball Heroes episode 21 in this post. Before we begin, please note this post may contain spoilers from Dragon Ball Heroes show. If being spoiled is not for you, I suggest that you stop reading the post here. However, if spoilers don’t bother you, we can get started. Also, note that we did not create the spoilers or leak them.

In the last episode which was titled ‘Decisive Battle! Time Patrol vs. Dark King’ we saw a pretty amazing war between the two. The Dark King and his army were defeated successfully by Goku and others. I really loved the way this whole battle was shaped up and executed on the television screens. In the end, it was seen that Fu whose younger version was seen is the son of Demon Queen Towa. This was a very interesting piece of information revealed in the last episode.

What is Dragon Ball Heroes Episode 21 Release Date and Where to Watch?

Dragon Ball Heroes episode 21 release date is 05 March 2020. You all can watch this television show via Fuji TV, Japan at 5:00 pm JST. Hiroyuki Sakurada is the producer of the show and Yūki Kadota is the writer of the show.

The next episode of Dragon Ball Heroes, that is episode 21 is titled ‘Destruction Gods Invasion! The Beginning of a New Battle’. In this episode, we’ll kickstart the Destruction Gods Invasion Arc which is going to be a super exciting arc to follow. Goku and others are going to pick a fight against all 12 Gods of Destruction in this episode in order to protect one important character which the Gods of Destruction want dead. Do mention your thoughts regarding Dragon Ball Heroes episode 21 in the comments section below.

Dragon Ball Heroes Synopsis:
Goku and his comrades and allies fight to protect one another and other innocents safe which is what happens in all Dragon Ball franchise shows. Dragon Ball Heroes is not a normal anime but the one that is made for the sole purpose of the promotion of video games and card games. This seems like going too overboard with promotions but it is what it is. This series is not created by Akira Toriyama which is the original creator of the series but Toei Animation.