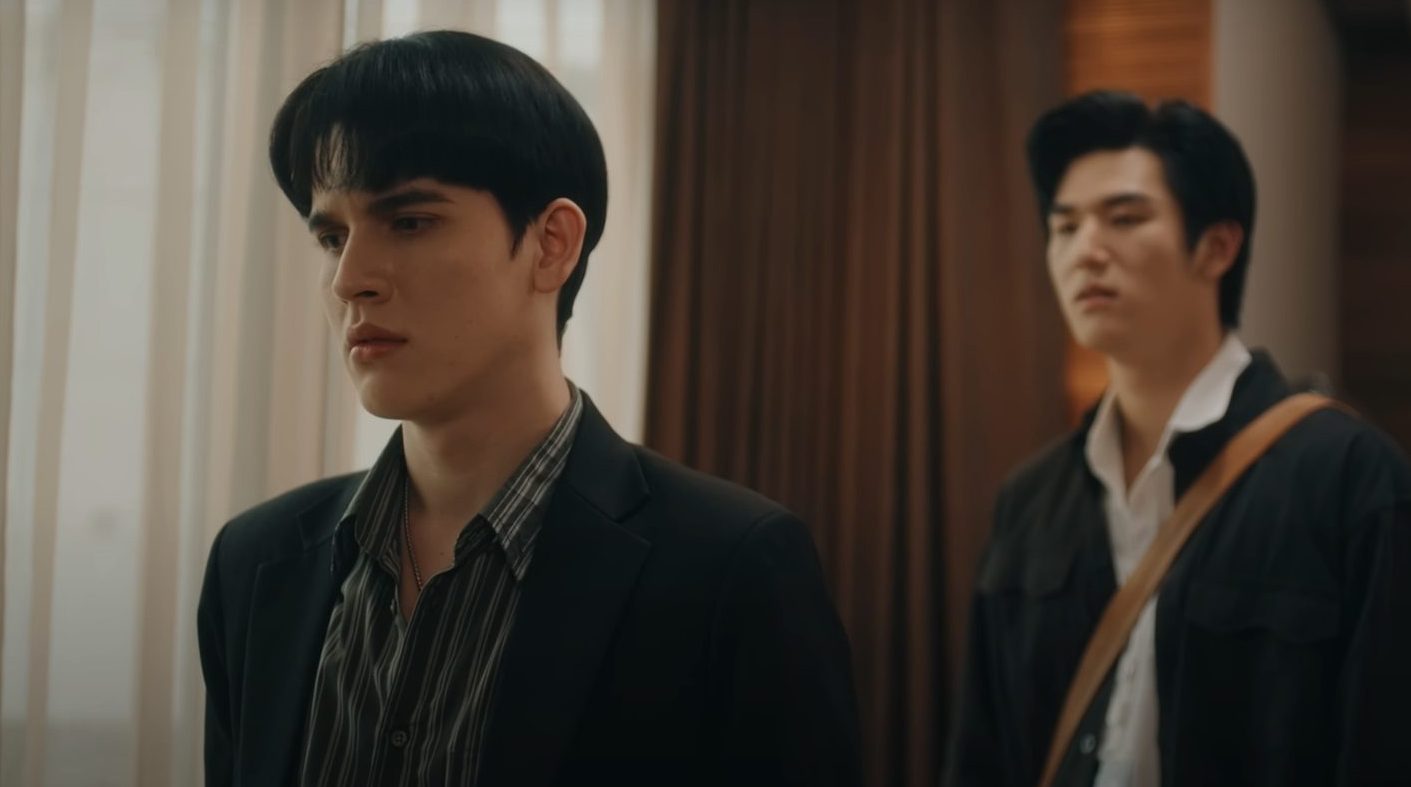 The Big Dragon episode 7 release date is here, and after an emotional episode, people want to know more about the next episode. Let’s recap the sixth episode before we get to the Big Dragon episode 7 release date and streaming details. The episode opens up with Yai having dinner with Nine. We see them coming out of the door, and soon after, Yai receives a text from Korn requesting a meeting.

He does not reply and instead expresses his affection for Nine. He says that when Nine left for London to study, he felt like he had lost his brother. Nine asks him if he has any tension, as he does look upset. Yai says that it’s a love problem. Nine says that sometimes the path we think of as the right one is not necessarily appropriate.

He suddenly kisses Yai, leaving him too stunned to speak. Then we see that Korn enters the restaurant’s parking lot and sees Yai kissing another man. He gets upset and leaves the place, but sadly too early. As soon as Korn leaves, Yai pushes Nine away and asks him not to do it again.

What Happened In Episode 6 Of Big Dragon?

Next, we see a flashback of Yai and Korn meeting for the first time in their childhood. Yai’s mom’s locket accidentally went into Korn’s hands when they separated. We also see another flashback where we witness Korn’s declaration about being gay to his mom. He told his mom that he had liked Yai since he first saw him. 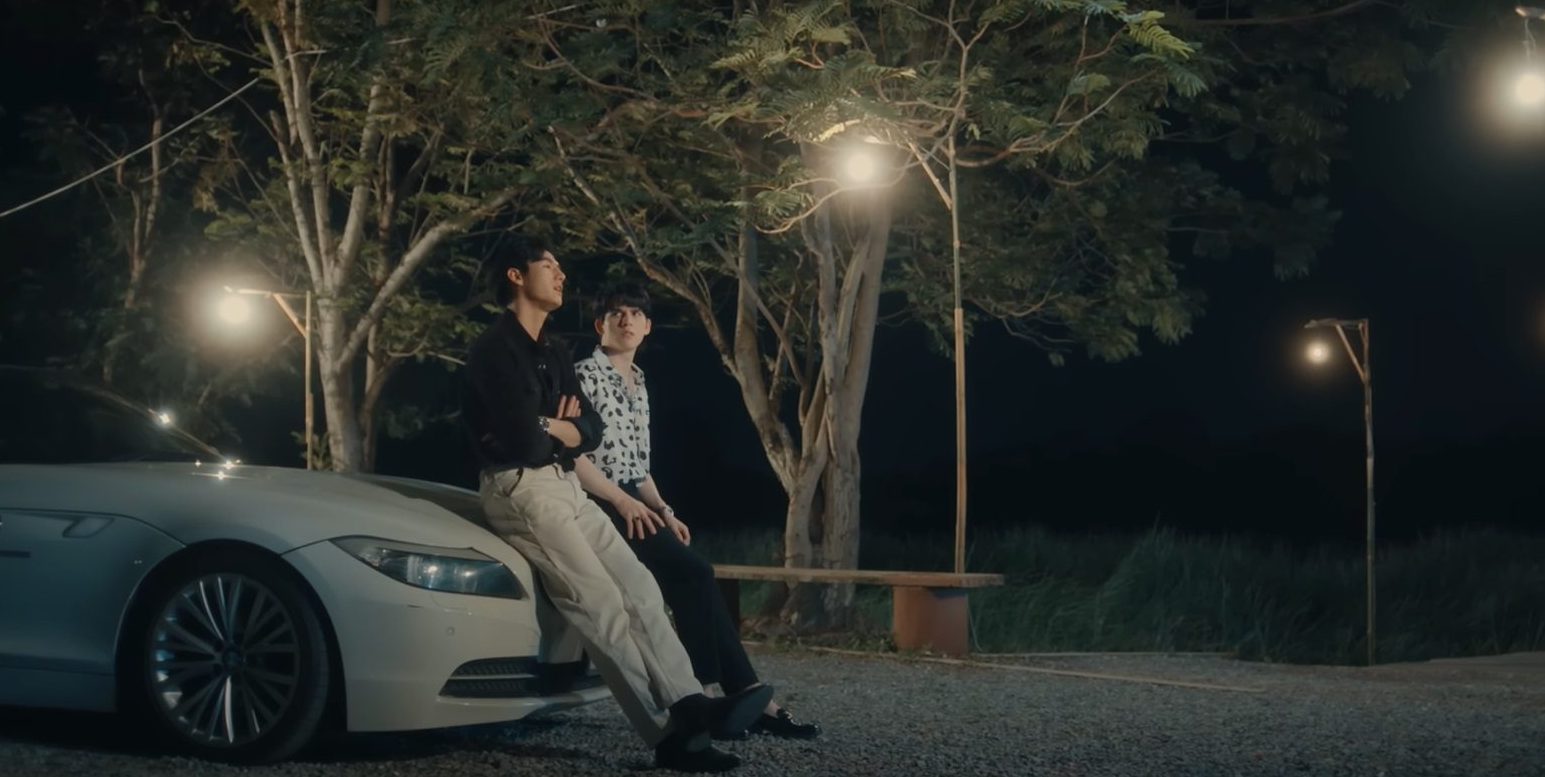 Yai and Korn from Big Dragon.

Korn’s mother accepted his sexual orientation and encouraged him to move forward. We got to see Korn asking for suggestions from his mom regarding his decision to accept the master’s degree program in the UK. We also see that he needs clarification about going. He asks the teacher if someone else can go instead of him, and the teacher says he has already submitted the name.

Then we see Yai getting dropped at the hotel she wanted to renovate because it is a slap in the face to the night he spent with Korn. He asks the team who is the designer of the design they will adopt for renovating the place. The team reports that the intern has designed the plan. Yai gets angry and asks everyone to leave the place.

Yai and Korn have a chat about the design. Yai says that he will completely change the layout and will not go according to Korn’s plan. Korn says, “How can you be so mean even after spending so many months with me?” We just broke up, and you kissed another guy. Yai replies that he does not want to waste his time talking about all this. Korn apologizes for wasting Yai’s time and leaving.

However, before leaving the premises, he handed over the locket he had kept with him since childhood. Yai is shocked to see the locket. He invites Korn’s mom to a restaurant and talks with her regarding the whole incident. Korn’s mom apologizes for not returning the locket sooner. Yai accepts the apology and shares his sadness with Korn’s mom.

We also see Yai arguing with his dad about him forgetting Yai’s biological mom’s birthday. We then cut to Korn having a serious discussion with his friend. She asks him to think again, as he will not get the scholarship opportunity if he misses it this time. He claims that I have made my decision. Then we cut to Yai and his friends at their school preparing to present their project.

One of George’s friends reaches the class late and tells everyone that Korn, a.k.a. “the womanizer,” is standing in front of our class waiting for someone. Because they were talking during the other group’s presentation, the teacher requested that they present their project first. After presenting their project, Yai and his three brothers leave the building and see Korn waiting for someone.

Yai wants to ignore Korn and asks his bodyguards to wait for him beside the car. He tries to flee the scene as quickly as possible, but all his efforts go in vain. Korn stops him by grabbing his hands and pulling Yai towards himself. Korn kissed Yai and shocked everyone surrounding them. 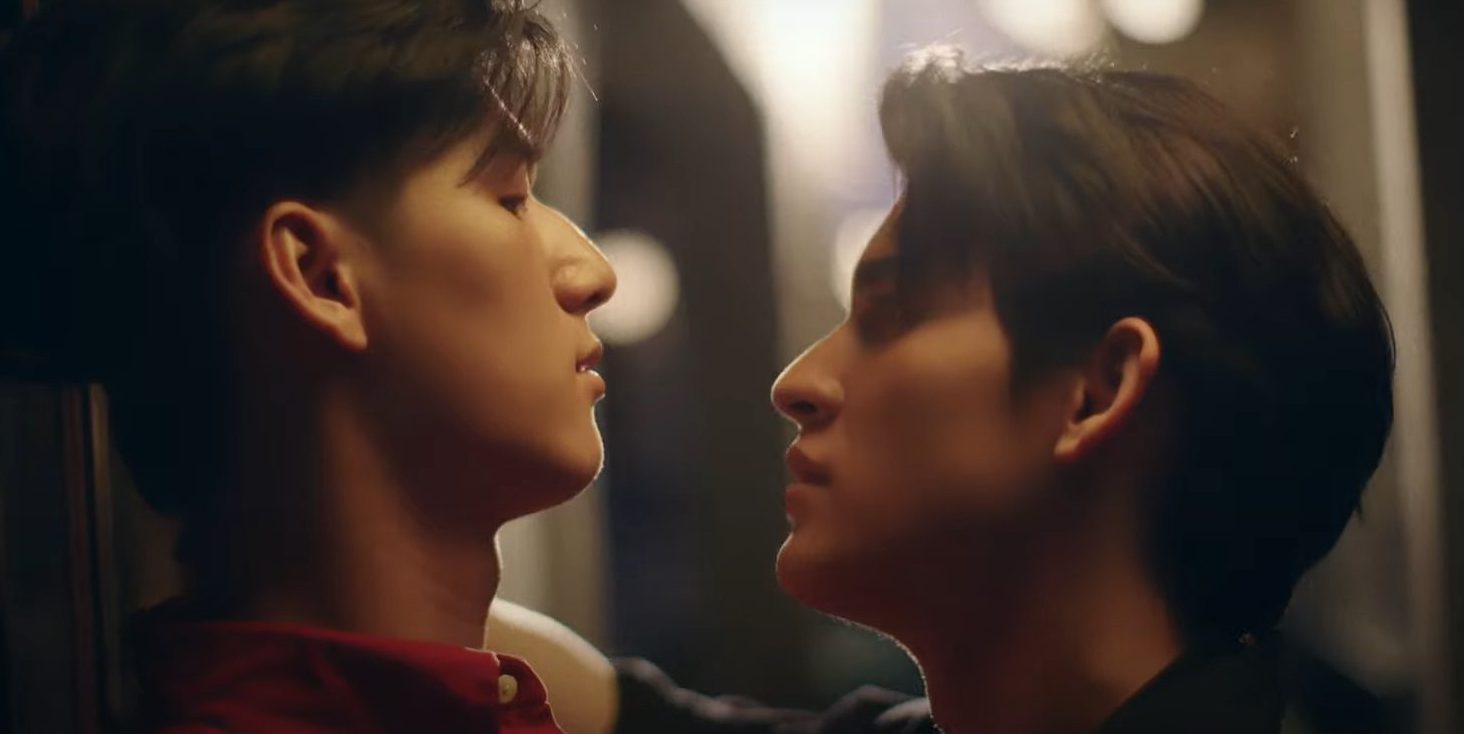 Korn and Yai from Big Dragon.

Big Dragon Episode 7: How To Watch

International viewers can access the iQiyi or Bilibili apps to watch Big Dragon episodes. Fans can sign up for the app’s basic Month – to – month Subscription, which runs about $8.99 per Month or $89.99 annually. The Bilibili app can be downloaded for free, and there is no charge to access its content.