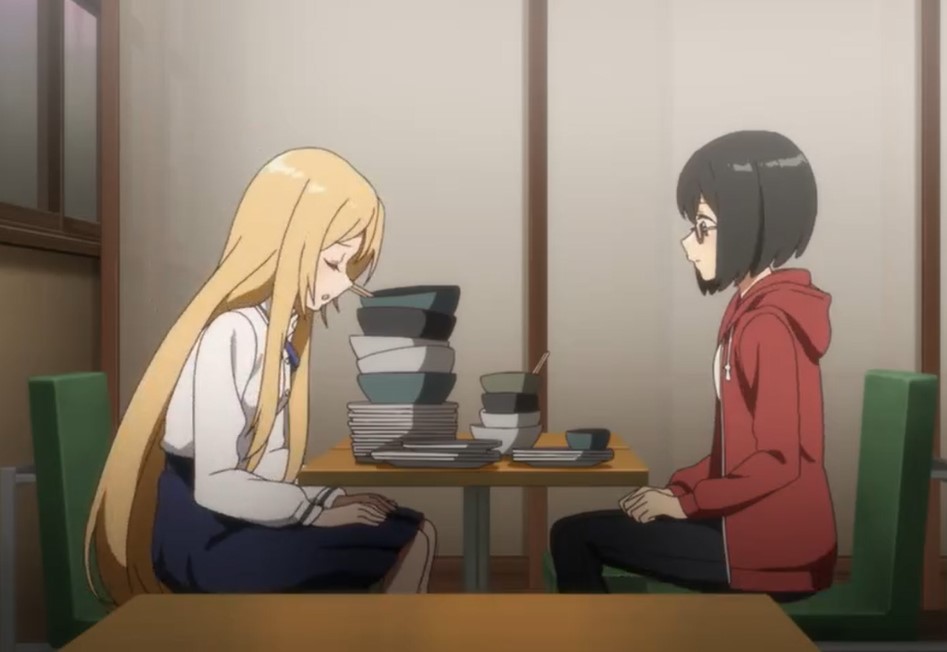 Kozakura helped Sorawo save Nishina from the Otherside, and they went to the restaurant to get something to eat. They can believe the plates they have finished since they spent few days without eating. Sorawo realizes that she is the one who is going to pay the bill. She comments that she didn’t know that it was going to be an expensive apology. Sorawo is paying the bill to apologize for letting Nishina wander off on her own to the Otherside.

When she thought that they have finished eating, Nishina took a menu book, trying to order something. Sorawo asks her if she is not done yet, and she comments that they were eating Kozakura’s food. Now their party has just begun, and she orders a lot of food again. Sorawo asks her if they will finish them, Nishina said they would since it is just two of them. They both enjoy eating their food, and Nishina wears the hat they got from the Otherside.

Let’s move to the latest updates below. 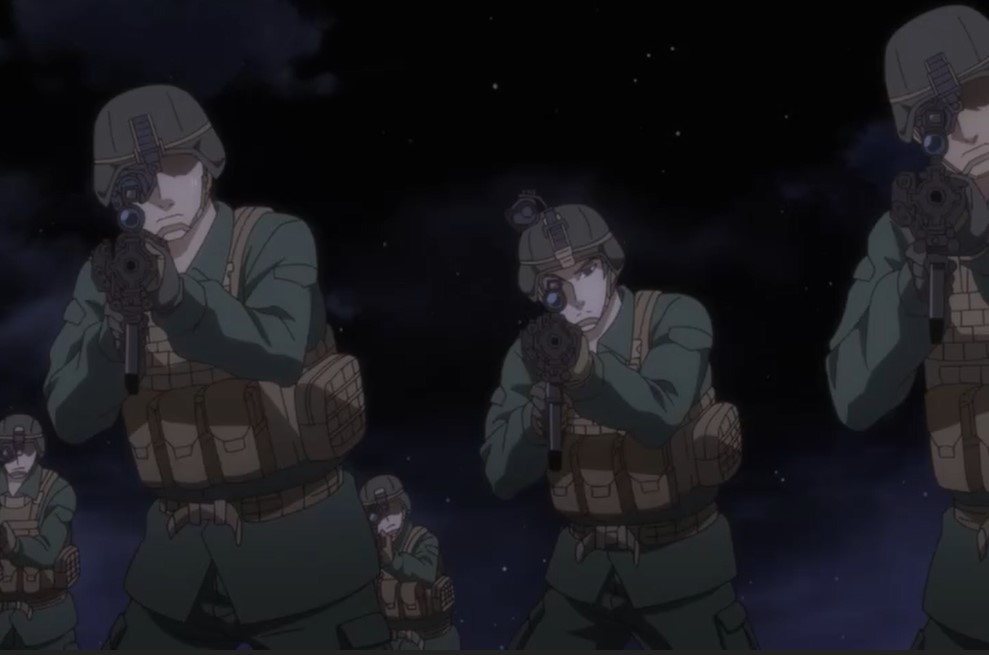 Sorawo is still afraid to continue with the daily trips of visiting the Otherside. She asks Nishina if she is not scared. Sorawo also comments that they might end up dead, and Nishina said she is not afraid since they are not dead. Sorawo her why she is continuing, and she said she would have given up if she was alone. Nishina told Sorawo not to worry since it will always work out as long as they have each other.

Nishina asks how much is the bill, and Sorawo comments that it is 1900,08 yen. She is surprised that they ate food that cost that much. Nishina said they could pay half, and Kazakura will pay the half. Sorawo asks her if she will manage to reach home alone since she is drunk. Nishina said she would, but she is not sure if she will reach home. The waiter came, and Sorawo asks if they can have the separate check for a friend who has left.

The waiter said something that Sorawo didn’t understand, and she asks Nishina if she has heard him. When they are about to leave, Sorawo notices something strange. When they are on their way home, mysterious incidents kept on happening. Sorawo started wondering if Ikebukuro always looks like it’s in the boonies. She is surprised that a few seconds later, they were inside the town now they are t the forest.

Sorawo asks Nishina where they are, and Nishina snaps out of her drunkness. The mighty bird flew above them and left a feather. Sorawo realizes that they are teleported to the Otherside again. She asks Nishina if she has ever been here at night, and Nishna said no. She has just heard Satsuki telling her that it is dangerous to be at the Otherside at night. Nishina asks Sorawo if she has brought her gun, and Sorawo said no. 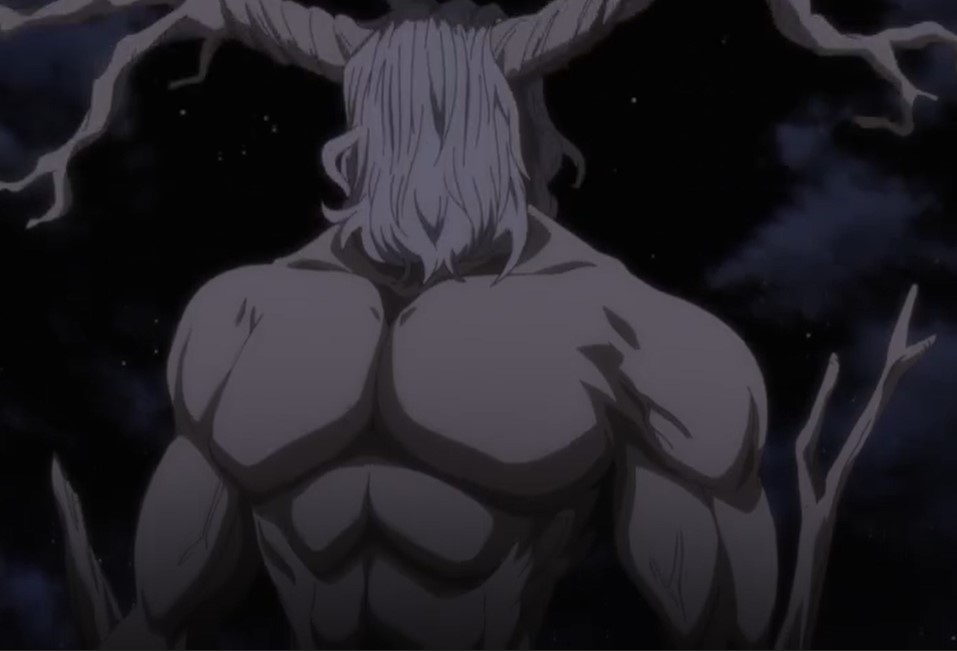 Sorawo comments that no one can bring a gun when they just drink for fun. Nishina remarks that she wishes she has her gun, and the two heard a noise of something nearby. Sorawo started wondering how they ended up to the Otherside since she just saw everything flicker for an instant. Nishina thinks the restaurant there was in was an entrance to the Otherside. Sorawo asks why now since there has been to that restaurant many times.

Sorawo realizes that everything is caused by the hat that Nishina was wearing. Nishina realizes that she made a mistake by putting on Lady Hashsku’s hat. Nishina thinks that if she tries it, again she will return back to their world. Sorawo stopped her since she knows that the worst might happen. Nishina asks what they have to do now, and Sorawo said they must be careful not to step on a glitch.

Suddenly they got chased by unknown monsters, and they climb the hill. Another white monster joins the chase, and Sorawo told Nishina not to stop. Sorawo saw a path that will lead them to that station, and they followed it. But the white faces monsters have managed to catch up with them. The soldiers showed up and defeated the monsters, but the brown monsters looked ad them and headed back to the forest.

One of the soldiers’ talks in English, asking the lieutenant to step back. He thinks that Sorawo and Nishina are half-human half-monsters. The lieutenant common ts that those two are humans everyone saw them being chased by monsters. He also told Greg to lower his weapon as an order coming from the lieutenant. The soldiers head back to their base with Soroawa and Nishina.

We will meet again after Episode 6 has been released; after that, we will be updating the new episode.