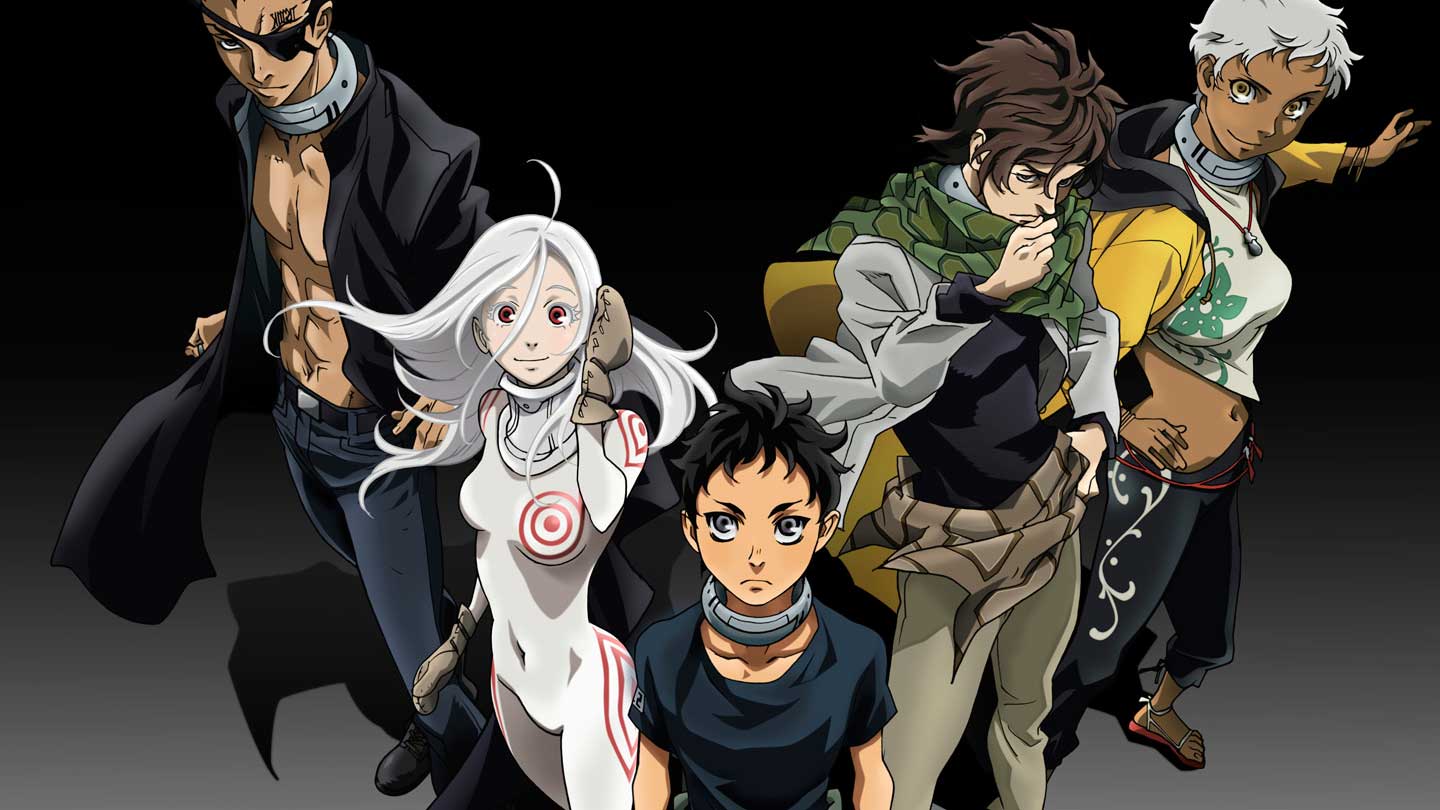 Deadman Wonderland can be considered as a horror genre animated series which is packed with action. It was created by Jinsei Kataoka as well as Kazuma Kondou. It throws the entire spotlight on a man named Ganta Igarashi. Throughout the course of this series, we witness that he is trying to prove his innocence. Also, Ganta is also needed to face an intense battle royale establishment known as Deadman Wonderland. This is the place where all the prisoners fight in order to survive.

Well, any anime fan who has watched Deadman Wonderland might be aware of the fact that the show employs those chilling vibes radiating from other classic animated series within a tournament-style of setting. This show created expertly by Kataoka and Kondou employs the common shounen trope in a horror animated show that has been able to amuse shounen fans and the horror ones too. Thus, here we have wrapped up the information about other anime series of this sort that brings forth the genre displayed by Deadman Wonderland.

This animated series lays its entire focus on a boy whose name is Kirito. He is opted to test out an MMO video game that is called Sword Art Online. This project employs a variety of magical creatures as well as weaponry. Through his cunningness, the creator of this game decides that he wants to trap him as well as many other players in the world this game has to offer. Here, their only chance to come back to their own place is by completing all the 100 levels this game has to offer.

Thus, the audience witnesses Kirito on his quest to come back home safely without coming across his end. He does so both in real life as well as in the game too. Just like we see Ganta in Deadman Wonderland, Kirito too has winded himself up in an environment where he must fend off all the mysterious creatures as well as the people just to survive. He also comes across a mysterious female companion in the story and becomes her friend.

This animated series called Another throws its entire spotlight on a boy whose name is Kouichi Sakakibara. He is transferred to a new school where he meets a girl named Mei Misaki and becomes friends with her. Everyone else including the teachers treats Mei as if she does not exists. Later in the scenes, we even witness that Kouichi comes across the darker history that this town has to offer. This fact ultimately leads him to encounter a variety of deaths along the way. Well, the animated series lay their focus on Kouichi as well as his classmates who are trying to survive in a town which is potentially cursed.

Just like we witnessed back in Deadman Wonderland, Another pretty much has the same sort of storyline. Here is where a male protagonist meets a mysterious female character in the shoe and becomes friends. The characters also have to deal with a variety of punishments that exists outside of their control. This is why if a person enjoyed watching Deadman Wonderland, there is no point in missing out on Another.

This entire animated show revolves around a firm which is called Nerv. This company is run by Gendo Ikari who employs colossal machines known as Evangelions. He does so in order to stop some of the potential threats from the Supernatural world. All this while, Gendo is also handed over the responsibility to find out about the airmen who are able to utilize the inner strength of Evangelions. This is why the story is all about the son of Gendo known as Shinji Ikari. Later in the show wd witness that he is held for the responsibility to defend the entire civilization for Evangelion Unit 01.

Just like we have seen in Deadman Wonderland, Neon Genesis Evangelion employs the plot about the main character who fights people against his own will. The main protagonist should also go through all the pain that their childhood has to offer. Both of these shows have employs a lot of action sequences that are going to satisfy the hardcore fans.

Highschool of the Dead is about a guy whose name is Takashi Kimuro. He resides in a world that is full of zombies. Thus, this show is all about the tale of Takashi as well as his friends, their relationship along with goals to not just save their own loved ones but also dig deeper and find out the cause of why their country turned out to be the way it did. Just like we have seen in Deadman Wonderland, Highschool of the Dead employs drawn out action scenes that features a huge amount of gore as well as fan services at the same point in time. Both of the shows even have a male protagonist whose life takes a U-turn for the worst because of all these catastrophic events.

This show jas originally been is actually about a boy whose name is Eren Yaeger. He tries to seek revenge against these huge creatures called Titans because of their crimes against his home. Eren sets on a journey to fight all these Titans before they are able to take down other companion nations. He does so with the help cast his way from his childhood mates as well as Mikasa Ackerman along with Armin Arlert. He also gets help from an elite Titan slaying unit known as the Survey Corps. Well, we have seen a similar sort of genre in Deadman Wonderland.

Here, Attack on Titans employs the same amounts of violence as well as gore and thus, pushes the whole revenge theme entirely through its characters. This has been done so greatly that the third installment of Attack on Titans has helped the anime series to secure a position as one of the best anime action shows on MyAnimeList.

This animated series is all about a boy whose name is Kaneki Ken. He successfully escapes through a deadly encounter with a woman whose name is Rize Kamishiro. Although, we witness him waking up in a hospital just to learn that he himself is turning into a half-ghoul. Thus, in this anime series, the entire spotlight is thrown on the new livelihood of Kaneki as well as the dangers that have started to arise from that.

Just like we have viewed it in Deadman Wonderland, Tokyo Ghoul also has fixed its main character in a state of isolation where he is in a world where to survive is the only motive. Both these series feature loads and loads of violence and obviously, this a dig for all those actions fans out there. According to MyAnimeList, Tokyo Ghoul is one of the best horror genre manga series.

Also read: Top 30 Anime Like Attack on Titan You Should Watch