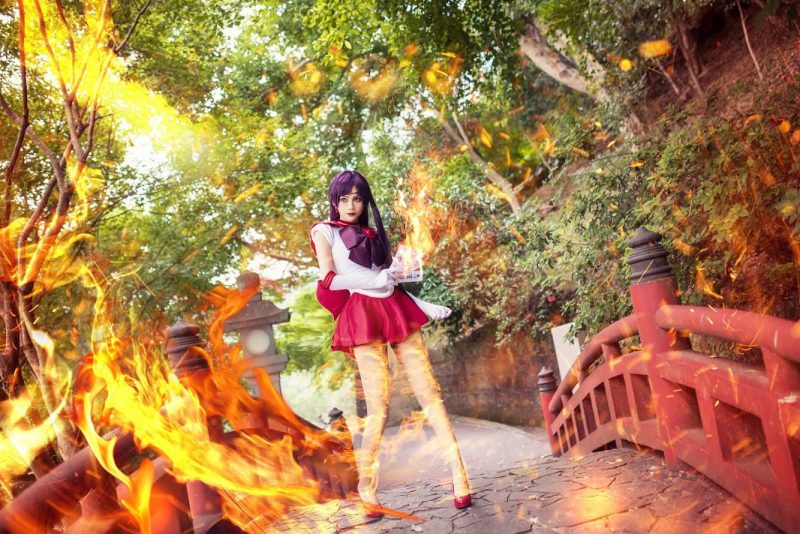 Taiwan held its 2020 legislative election. Lai Pin-yu is a 27-year-old, member of the Democratic Progressive Party(or DPP), won the 12th constituency in Taipei City. She may be a well-known activist, but she is also a prolific cosplayer who goes by the name Soichi.

Lai has been involved with politics for a long time. She posed for cosplay photos with backdrops of the building that were to be demolished to protest and raise awareness. Then she became a member of the Sunflower movement in 2014, which was led by young people who protest a trade agreement with China.

She becomes more famous after chaining herself to other protesters to block traffic and earned herself a new nickname, ‘The Sunflower Goddess’ and ‘The Fierce Woman.’ Ever since, she has been active in politics and began to campaign for a parliament seat in September 2019.

She is a big fan of cosplay and anime, and often seen campaigning with the cosplay of “Asuka Langley Soryu” from “Neon Genesis Evangelion.”

When Lai won the seat, she uploaded a cosplay of Sailor Mars from Sailor Moon photo to Facebook, she wrote that she is Lai Pin-yu, and she is a lawmaker of the 12th District of New Taipei City. She also asked her followers to give feed during the next four-year term.